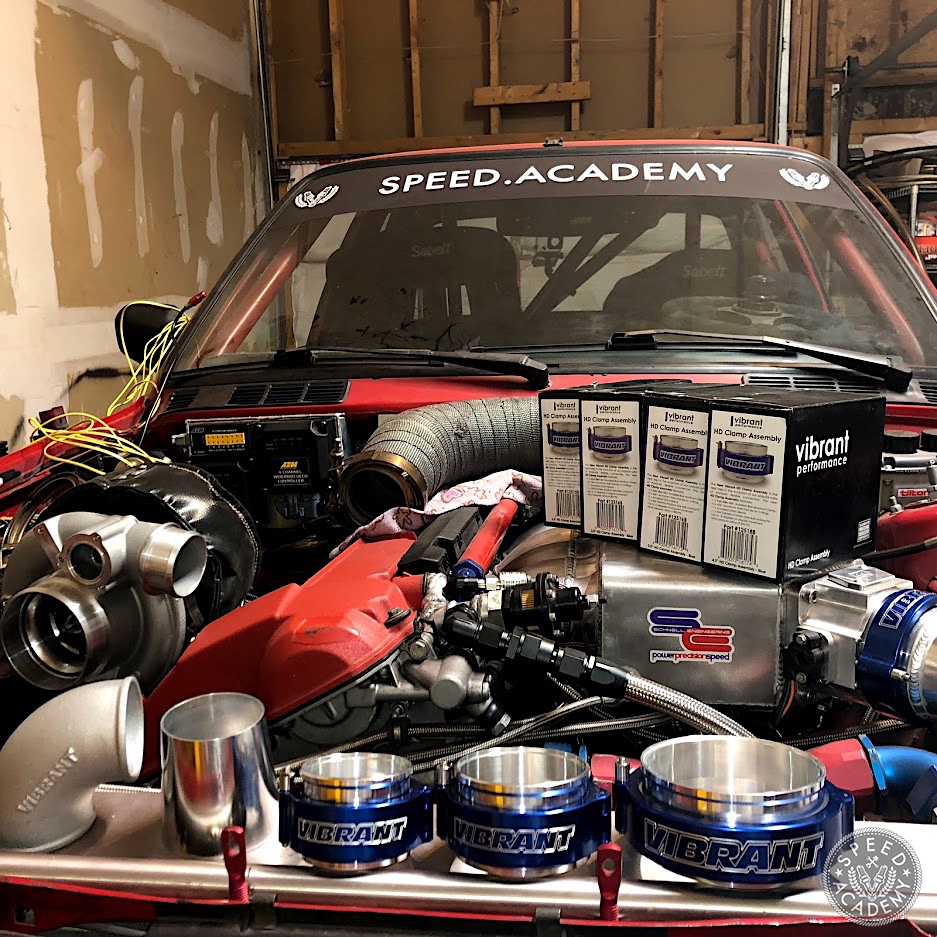 If you’re proficient with welding aluminum, the only added complication with installing these over silicone couplers is that they have no axial give. The HD clamps will allow the joint to bend but the two flanges need to line up axially. The intake was originally made for me by the guy who did my initial engine build before I knew how to do either and it turns out this had hidden “secrets” too. When I removed the couplers at the intercooler, I found out that the couplers were compensating for misaligned piping through flex. So I had to fix these. But the hardest part was going to be at the turbo, since it needed to make a compact 90 degree turn while smoothly expanding out to 3”. I had a large Vibrant silicone coupler that did both of these things. First step was a bit stressful – cutting the compressor housing on my shiny new turbo! But my bandsaw makes this easy.

One day I’ll discuss some of the cool tools I have in detail. This bandsaw has a gearbox which reduces the speed well below what a typical belt/pulley reduction bandsaw can do. They may still be called metal cutting but they run way too fast to do anything serious. Mine is a Delta 28-303. It took me FOREVER to find one as they’re super rare. Few people know why they’re desirable, so there aren’t many around and those who know why, won’t let them go. 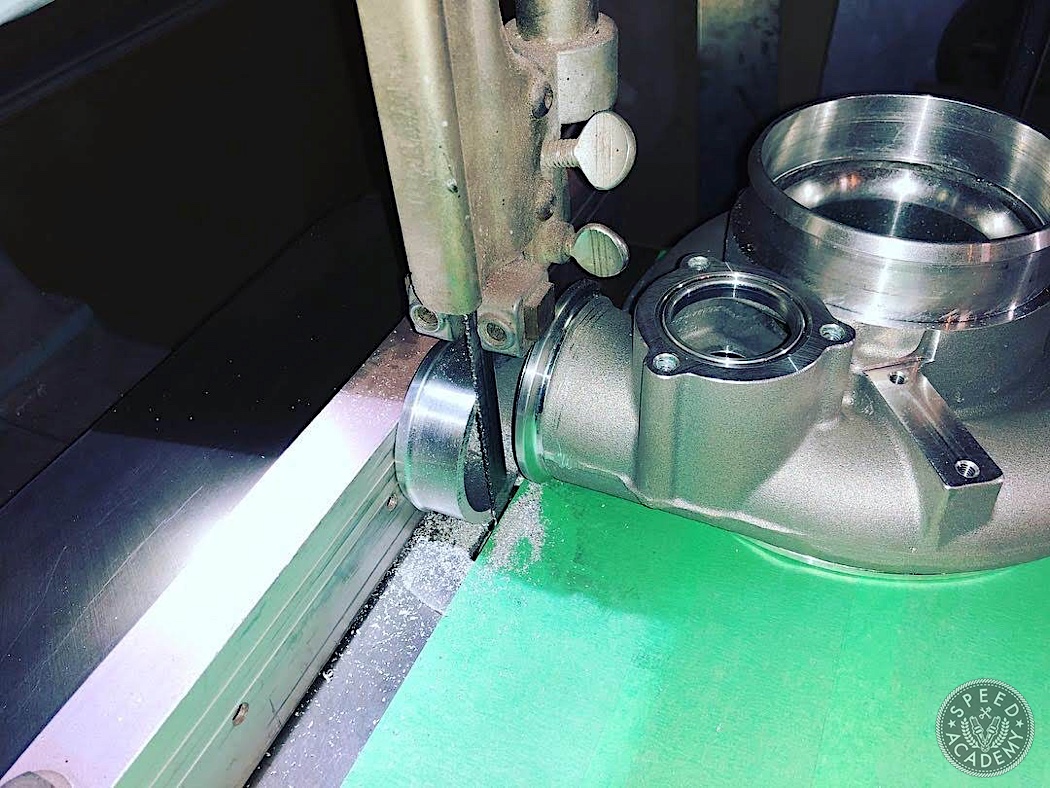 First, the 90 off the turbo and the filter mount (no it doesn’t need the pressure holding of the HD clamp but it makes removing the filter take 5 seconds and require no tools… OK OK it looks awesome too). 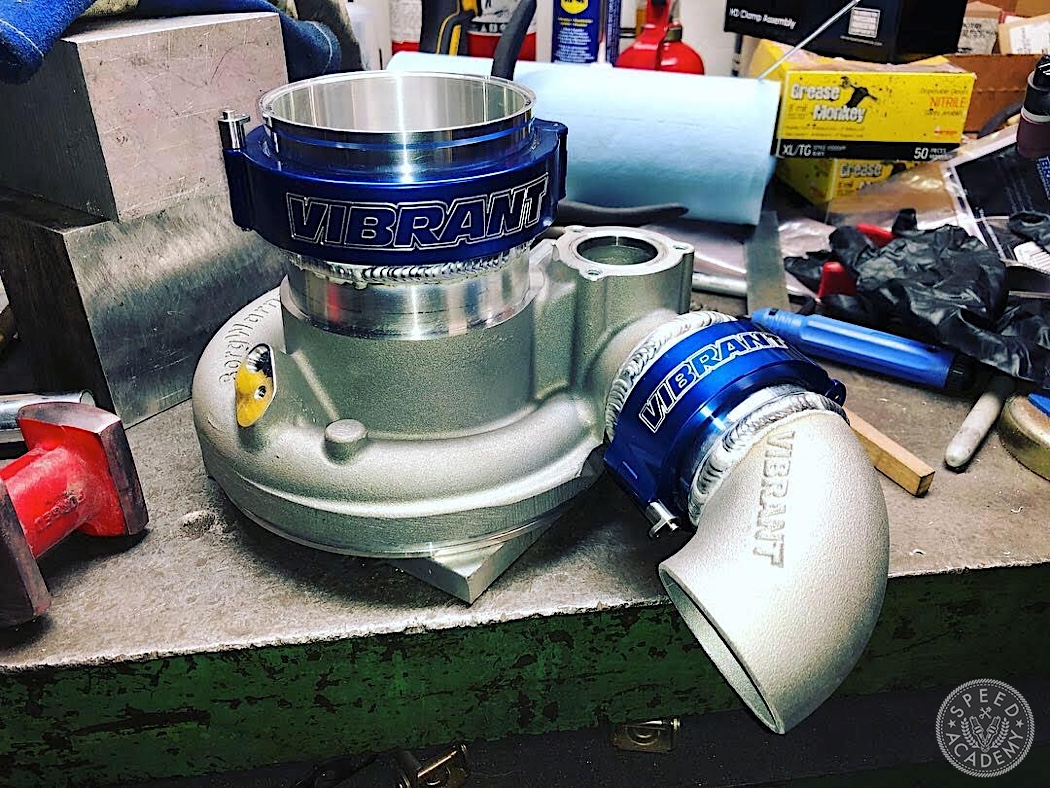 Then the 2.5-3” expansion, putting the positioner to work. 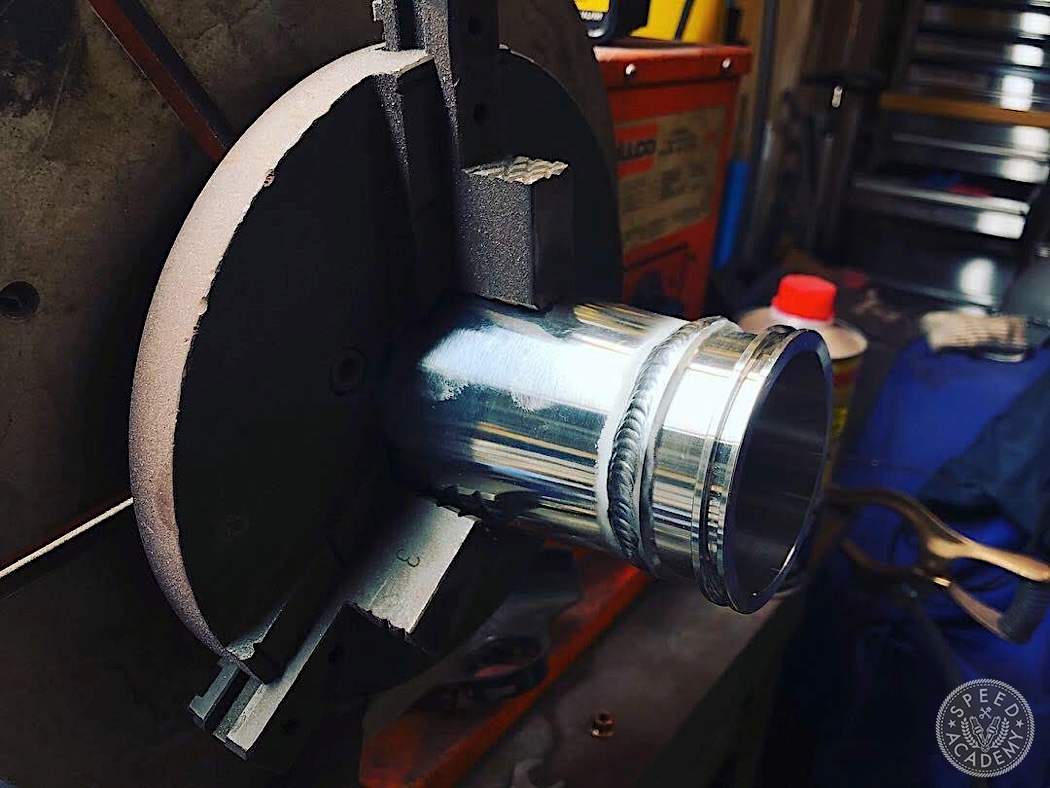 The next part was a bit of a pain because I needed to curve around the fender while expanding, but I’ve done enough pie cuts that it still went pretty easy. 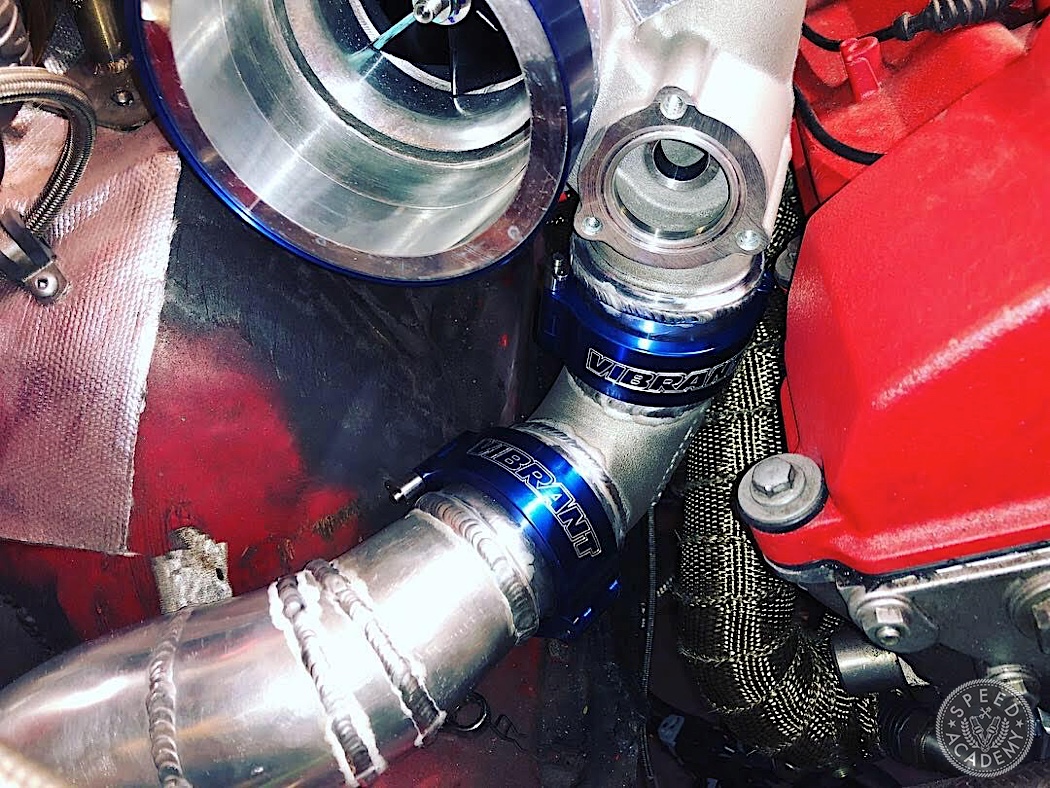 The throttle body would normally be a point of concern, as welding to it requires care because excess heat soak can cook various seals and jam up dissimilar materials. But K-Tuned makes this easy as the throttle bodies are modular, including the inlet flange. They have a smooth transitioning flange from the 90mm TB opening to a 3.5” flange exactly like the Vibrant HD flanges. It bolts on with 4 bolts instead of the normal coupler barb. Then I just needed to weld on a transition from 3.5 to 3” and a 3.5” Vibrant HD clamp flange. 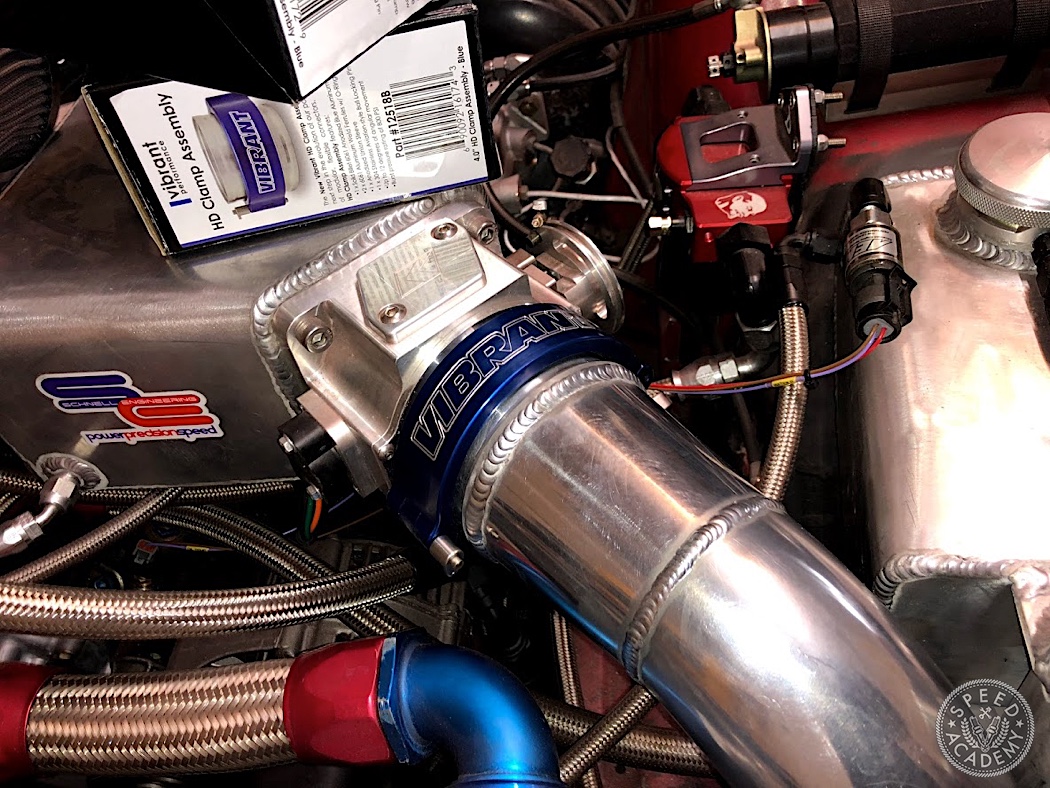 Then the intercooler flanges. 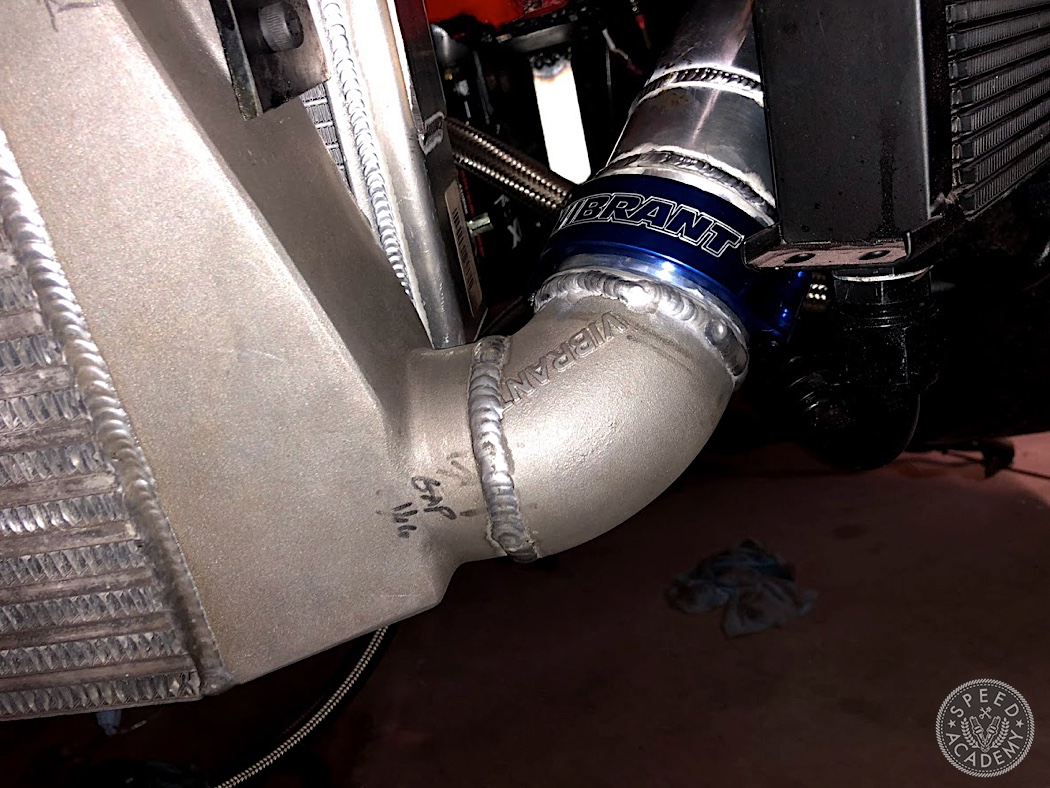 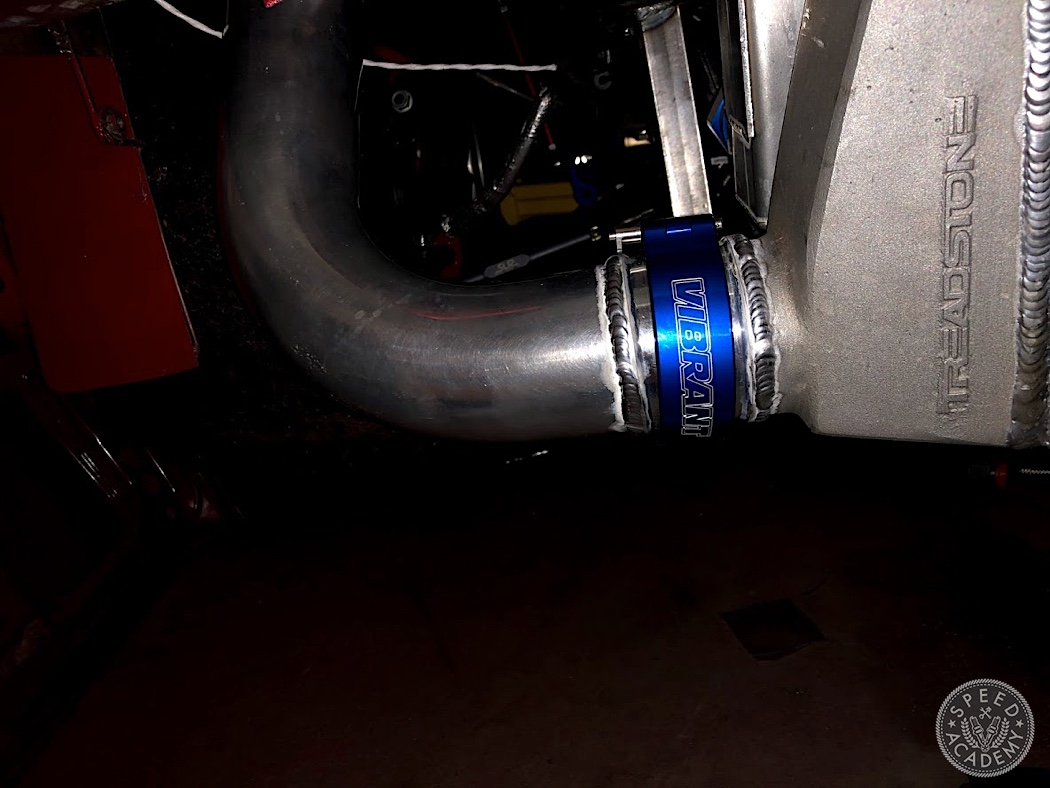 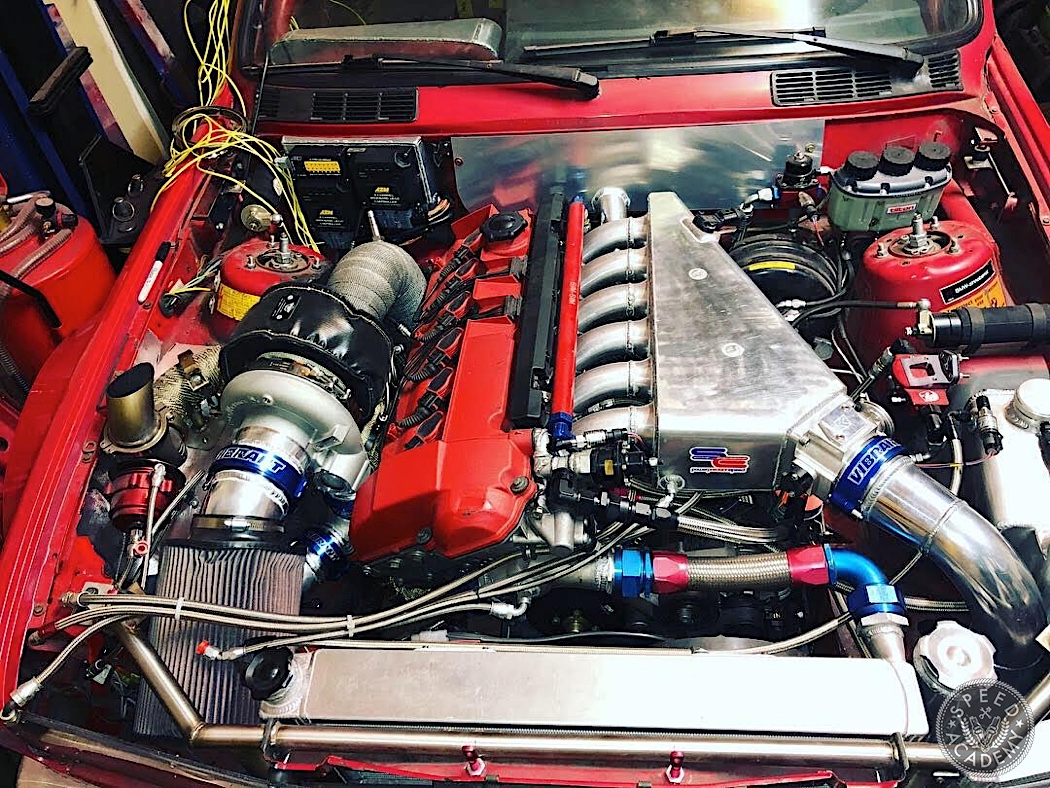 One tip I’d like to offer is that the clamshells are just meant to contain the flanges, so unless they are pulling out, the clamshells have no load and are free to move. You’ll see dyno videos where from vibration, they rotate around. To stop this, I put a small strip of electrical tape on one half of the shell. It still leaves them easy to install but it keeps them fixed in place where you want them to be. 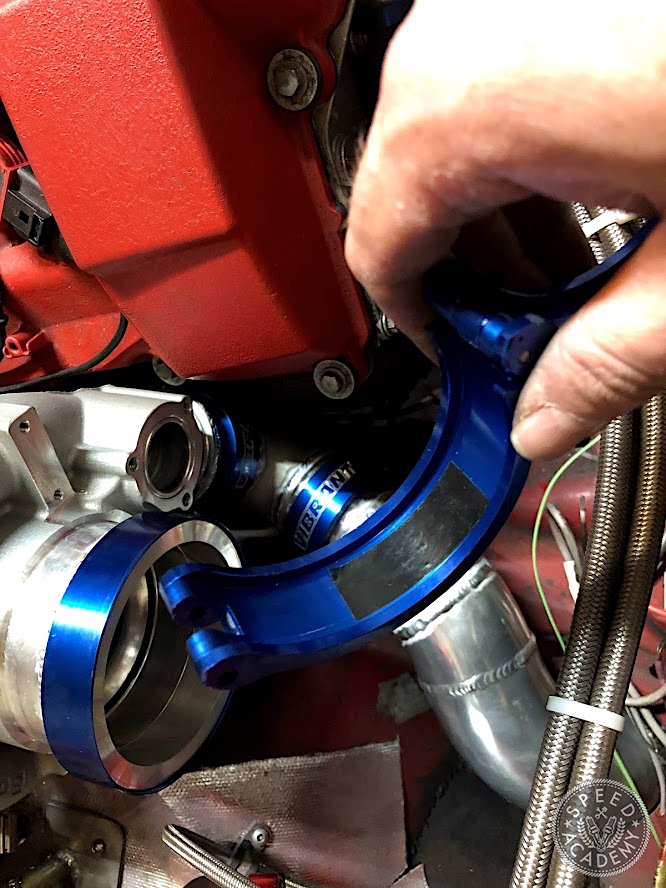 One final addition I made was a steering angle sensor. This is a really helpful signal when looking at track data logs. Most modern cars have this natively but mine is from the 80s, so I added this pot from MSEL, it works like a Reel2Reel. 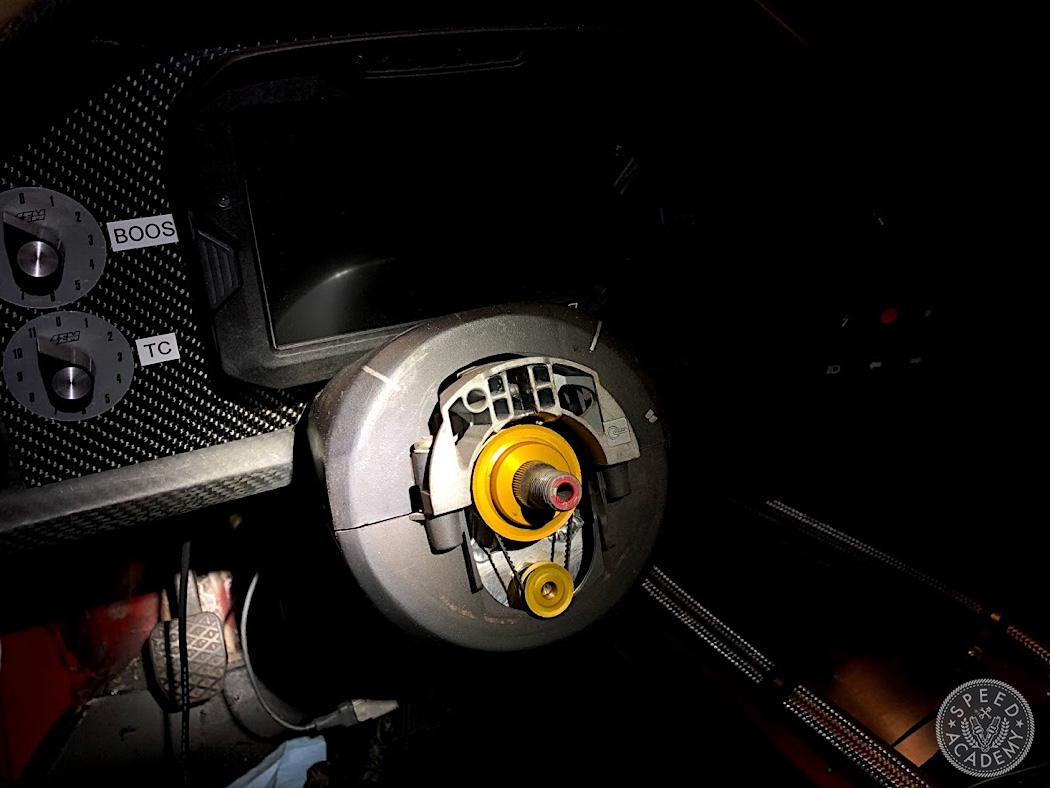 2020 Toyota Prius Prime:
This Is What Progress Looks Like

Sure, the title might sound like a bit of a catch phrase, but what I mean to say is that it looks better, feels better, sounds better, and rides better than…