Let’s talk sticking metal together. If you’re a car guy, if you’re not already a welder or learning about it, it’s just a matter of time. Being able to weld on your car is the most liberating thing about this hobby since you first got your license. It opens an entirely new world of possibilities where you are no longer limited by what you can buy to bolt on to your car, or what you can hire someone to do for you. The latter is going to be some combination of: very expensive, take too long and not be exactly what you want. 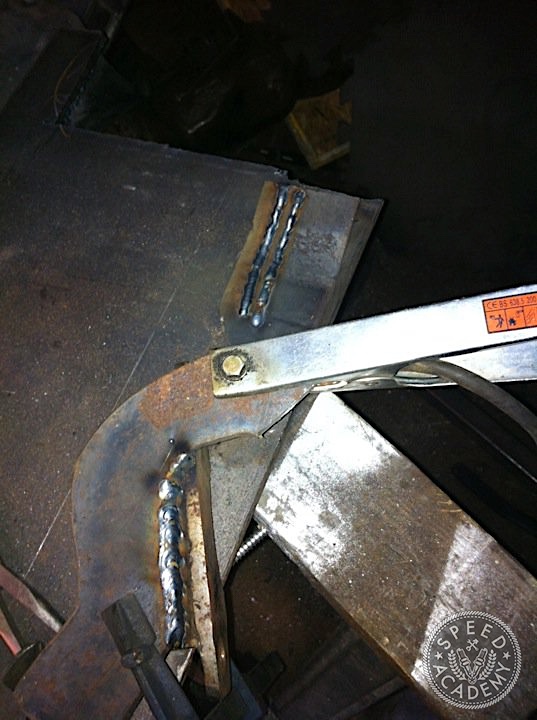 If you are anything like I was, then it’s a bit of a mystery to you – an industrial skill that is only for those in the trade. For me, it all started in my friend’s garage who was helping me with the welding. I expressed how I’d love to learn one day but I have no idea how to even get started. He shoved his helmet into my chest and held out the MIG torch. The end result (above) turned out better than it probably should have since the machine was already set for me. 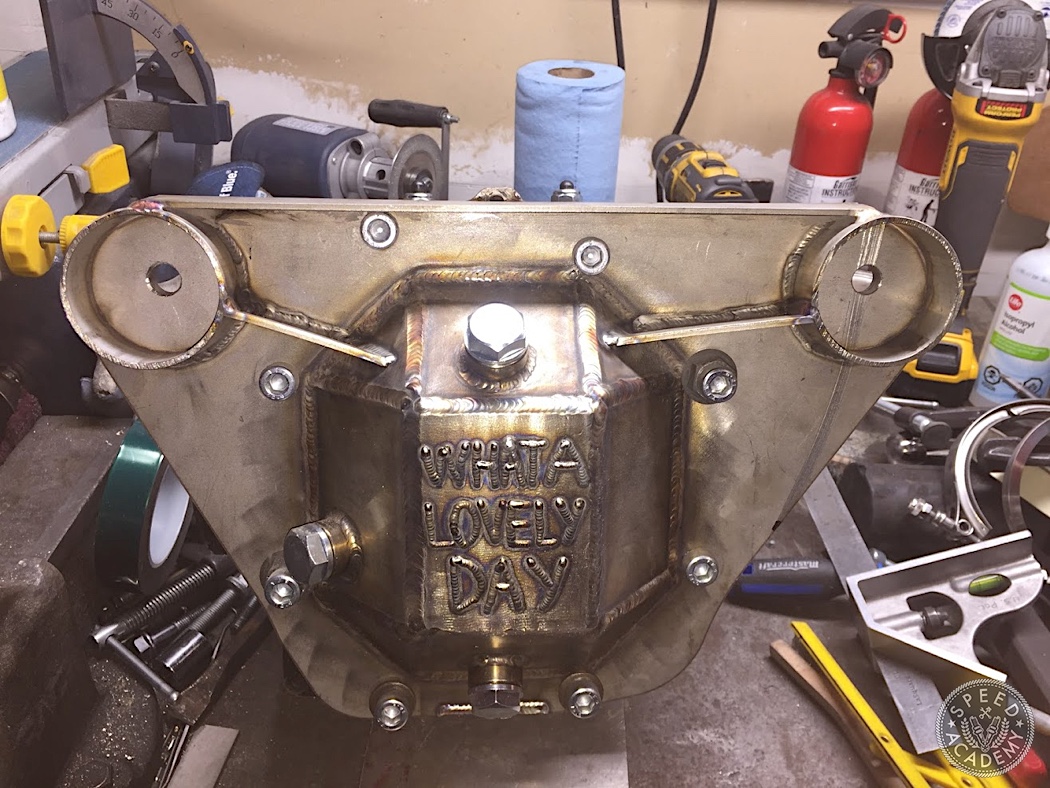 The rest has been a journey with a lot of mystery and frustration but in the end, the kind of personal pride and satisfaction that can only be yielded by overcoming the challenge of learning a complicated skill.

It’s scary to think what it must have been like before the Internet. I guess if you didn’t know someone who could teach you, you had to take classes. I looked into these and they just covered the basics – enough to get you a job holding a torch (and it’s not going to be a TIG torch while fixing a jet engine blade). With the help of the Internet, I fairly quickly progressed past the scope of what you would learn in a typical class and then needed answers for more obscure applications (thick to thin, very thin metal issues, stainless, titanium, machine selection/settings, filler selection etc). I tried forums but found many of the welders in the community to have a very narrow focus. They will often have good answers and solutions for typical questions and problems but once you get off the beaten path, then you will either get crickets or old wives tales and badly out of date information. But there are a very precious few who are truly special. The Einstein of these is Jody of Welding Tips & Tricks. I’ve seen all of his videos, some many times. I try to support him by getting all of my supplies from his store if he sells them but I may yet send him a tuition cheque one day. Like Dan Carlin’s Hardcore History podcasts, I’ve gotten more out of Jody’s videos than out of any of my electives in University. Hmm, maybe I should demand a refund from them instead? I digress.

I want to help more car nuts discover the freedom welding provides so I want to do a series of articles on things like welding basics, describe the common processes, some equipment discussion (machines, helmets etc) and more obscure things like filler rod selection, welding exotic materials and techniques for difficult situations. If this sounds like a good idea, leave comments below if there’s anything specific you would like to see covered when I get around to discussing more specific things like equipment and techniques.

I don’t have any certifications, diplomas and this is not my job. But as a hobbyist, there isn’t much I haven’t learned how to do and done successfully. I’ve built: my own gym equipment, fenders/bodywork, aluminum intake manifold, stainless downpipe, titanium exhaust, radiators and tanks, roll cages, driveshafts and more. I’m not saying any of this to brag but to encourage you to ask about a welding subject you’re interested in because I probably can and definitely want to help.

I’m not going to waste time on being technically correct with formal definitions. The welding community is full of crusty people who get off on correcting beginners. So yes, I know it’s not MIG but GMAW, it’s not TIG but GTAW, I know a welder is a machine and a weldor is an operator. And I don’t care. If you are legitimately concerned that teaching someone to be a welder means turning them into a machine, then you need help I am not equipped to provide. OK, moving on.

Let’s quickly visit the fundamentals. All forms of welding boil down to the same thing – melt two pieces of metal to fuse them. Electric forms of welding pass current until the metal melts – ever accidentally touch a tool to a hot battery cable and find a melted spot on the wrench or screwdriver? Congratulations, you’ve already welded! In fact, I’ve heard stories from truck drivers in the Eastern Bloc about using battery cables and a coat hanger to fix broken leaf springs rather than being stranded in the middle of nowhere. 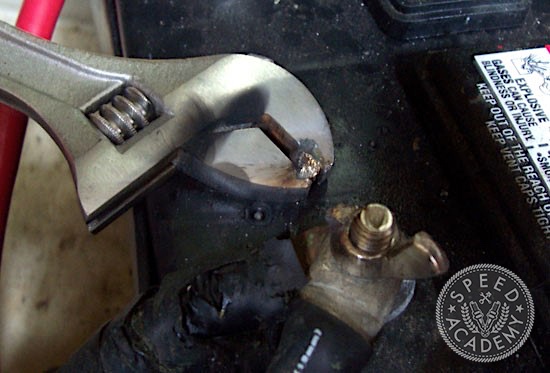 But we’ve since figured out a number of more sophisticated ways of doing this. 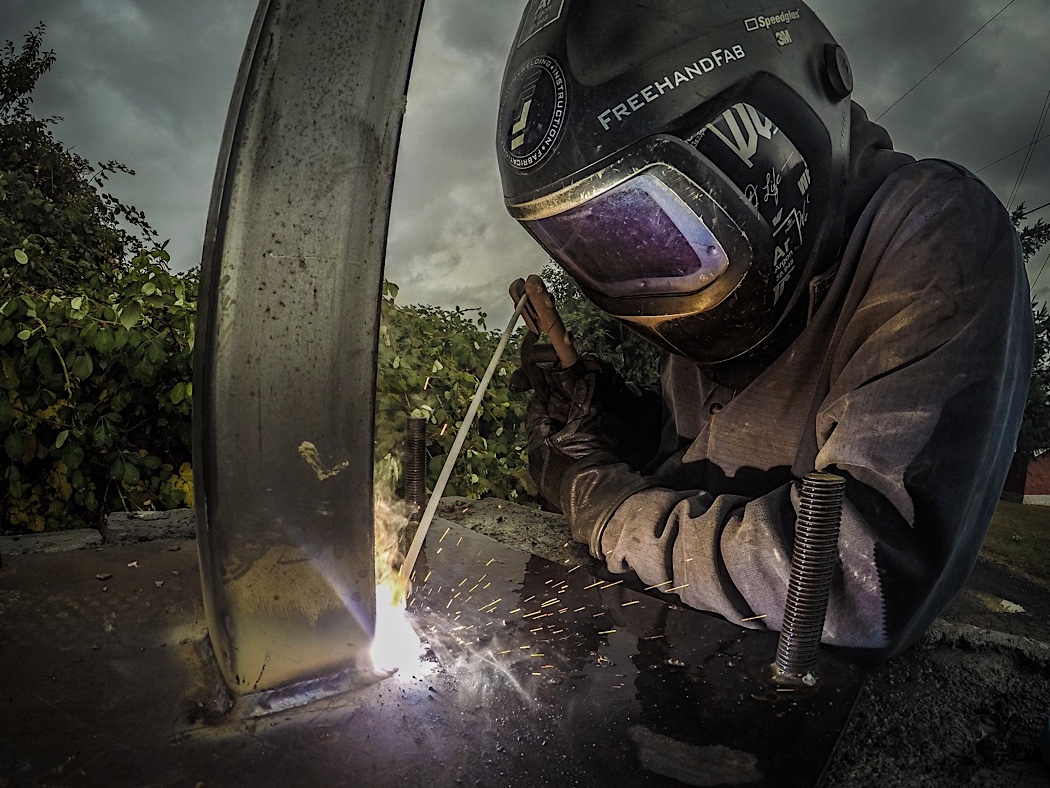 I’ll only touch on this briefly for two reasons. One is that I’ve never done it. The other is that unless it’s all you have available, there is little reason to consider stick welding, particularly in automotive applications. If you’re welding on giant pipes outdoors, then sure. But there is nothing on a car that wouldn’t be better done with a more sophisticated process. There is one exception I would concede to and that is if you need to reach really far into a corner to weld some thick metal, say in a deep corner of a rollcage, so that even a MIG gun can’t reach. But I’ve used a TIG micro-torch which was able to reach into some ridiculously tight spots where even a stick wouldn’t work (because it was not only deep but on the side).

Stick is the purest (read: primitive) form of electrical arc welding, where you literally hold a stick of metal in a clamp which passes current through the stick and on contact with the metal being welded, it strikes an arc and starts melting the stick into the joint. You can actually get some very decent welding done with modern electrodes. American female welders in WW2 were famous for being able to produce stick welds that would rival things you would expect from a TIG. But just because it can work, it still doesn’t make it a reasonable alternative to modern technology, especially with how accessible it is to the average muppet like yours truly. 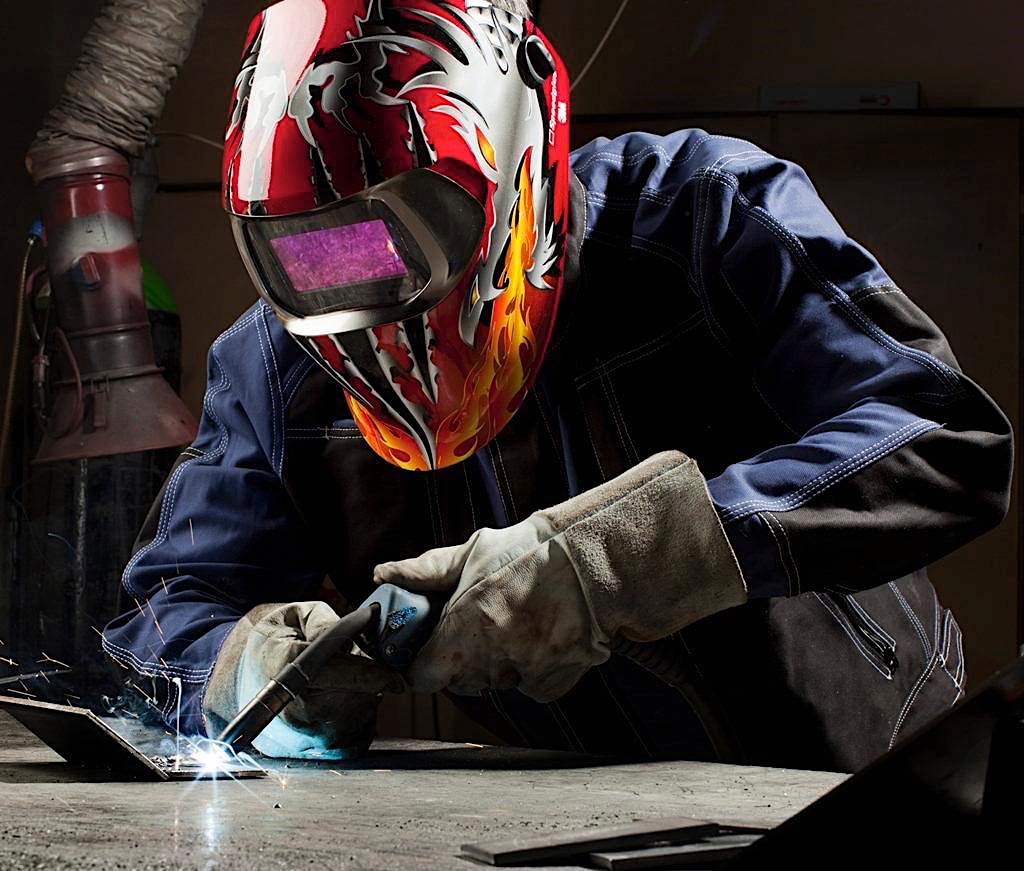 MIG welding is the most common process most fabricators start with nowadays. MIG is a lot like stick welding in principle, except rather than holding a fixed consumable rod, you hold a gun through which a thin wire of consumable metal is fed by the machine. Besides that, the only other important difference is shielding gas. The MIG process blows a gas through the nozzle that flows around the wire and onto the joint to keep it clean. Stick welding electrodes are coated in flux, much like you would use in soldering. When metal melts, it wants to react with things in the environment and you end up with a joint that is compromised. Modern welding processes use shielding gases to prevent unwanted reactions of the molten metal. MIG machines can also use what’s called a flux core wire, which has stick-like flux infused into the wire and removes the need for shielding gas. But like stick welding, there is little reason to entertain flux core welding in this application so I won’t discuss it further other than to say that you should be careful when picking a machine because the cheapest machines aren’t actually MIG machines even though they look like a MIG machine. If it doesn’t support shielding gas, it’s not a MIG welder. Actually there is an interesting variation on MIG welding that uses flux core that is worth discussing but we’ll cover that in a MIG-centric article.

While we’re on the subject of chemical reactions, let’s take a break for a public service announcement.

DO NOT USE BRAKE CLEANER TO PREPARE PARTS FOR WELDING

Brake cleaner or any other chlorinated degreaser, combined with the welding arc, will emit Phosgene gas. It’s an extremely powerful nerve agent used in WWI and it takes very little to cause permanent damage, and very little more to kill you. Stick to acetone.

OK back to the fun stuff. There are several good reasons why most guys nowadays start with MIG: it’s easy, it’s affordable and it works.

There are many perfectly adequate machines available through Chinese sources but the big brands all have terrific starter machines. Lincoln MIG PAKs are a very common place for many guys to start with… including me! 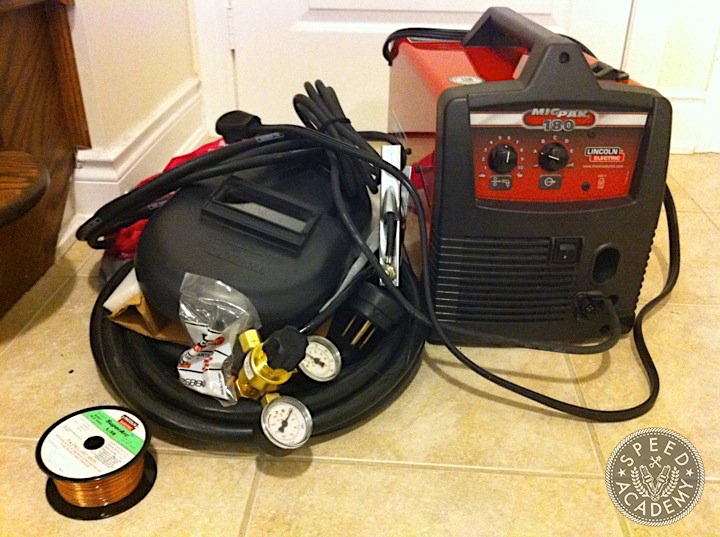 I got my MIG PAK 180 from the local classifieds basically new (the guy just opened the box and tried some flux core with it) for a hundred bucks less than they go on sale for. We’ll go into detail on the machines and different features in the MIG instalment. 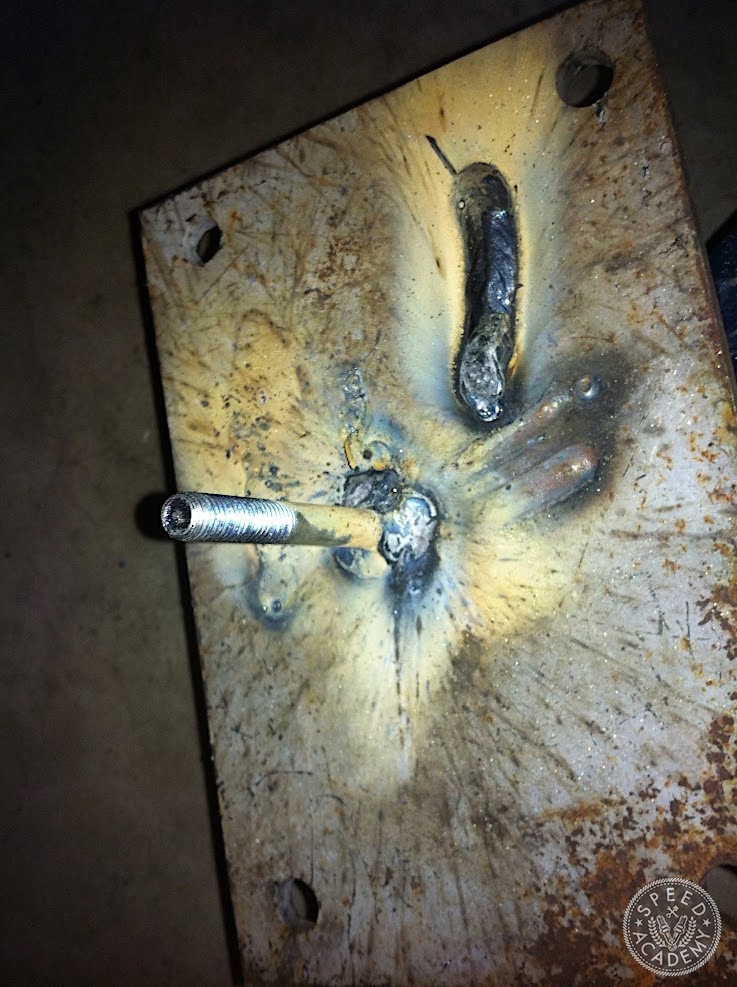 Here are my first welds when I got this machine. I didn’t want to wait until I got the tank so I hooked it up with flux core and started gluing stuff together. Not pretty, but you’ve got to start somewhere.

MIG really only requires one of your appendages to operate and it is by far the most forgiving of poor technique, so it has the shortest learning curve of the processes. It is also extremely versatile. I could make a darned good case for a MIG welder being all you need as a car hobbyist. There are better options for some things, but unless you get into exotic materials like titanium or you need to weld thin aluminum, you can do almost everything with the MIG. 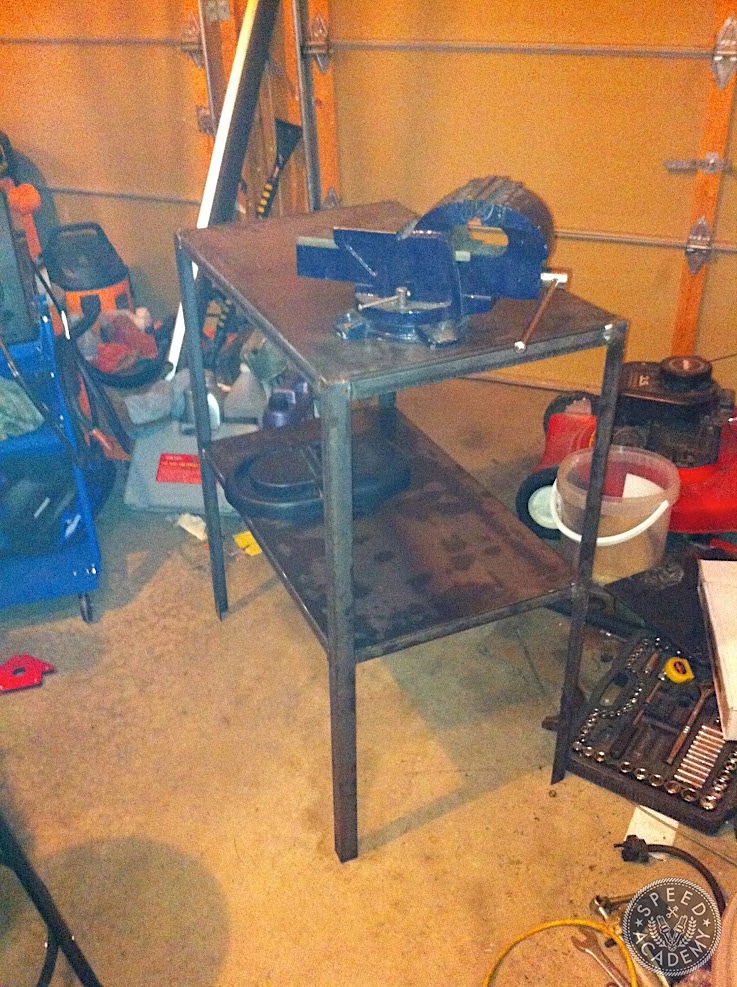 Above (apologies for the potato pic) is my first proper welding project, a table I would use for welding many of my future projects. 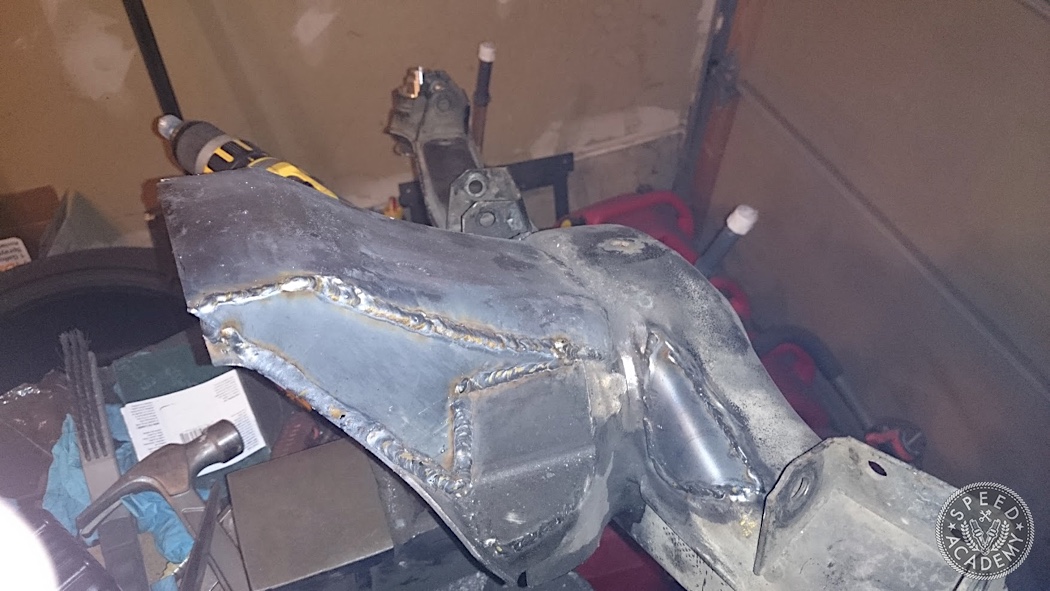 With enough practice, I was able to do practical (if not the prettiest) work, like plating my rear subframe with 1/8″ plate to reinforce it. 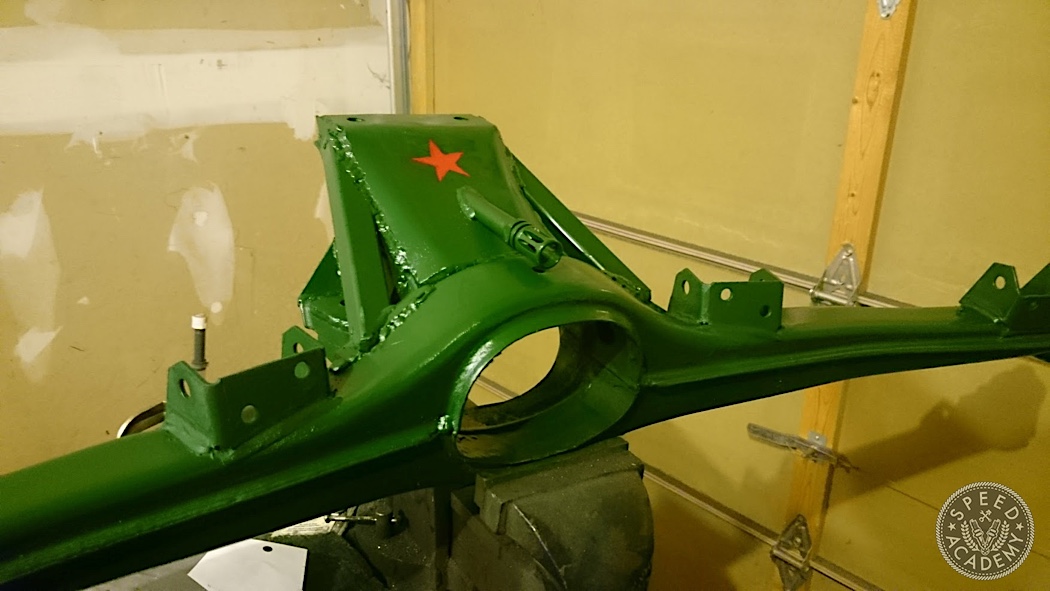 Someone asked me if I was building a tank, so I did. 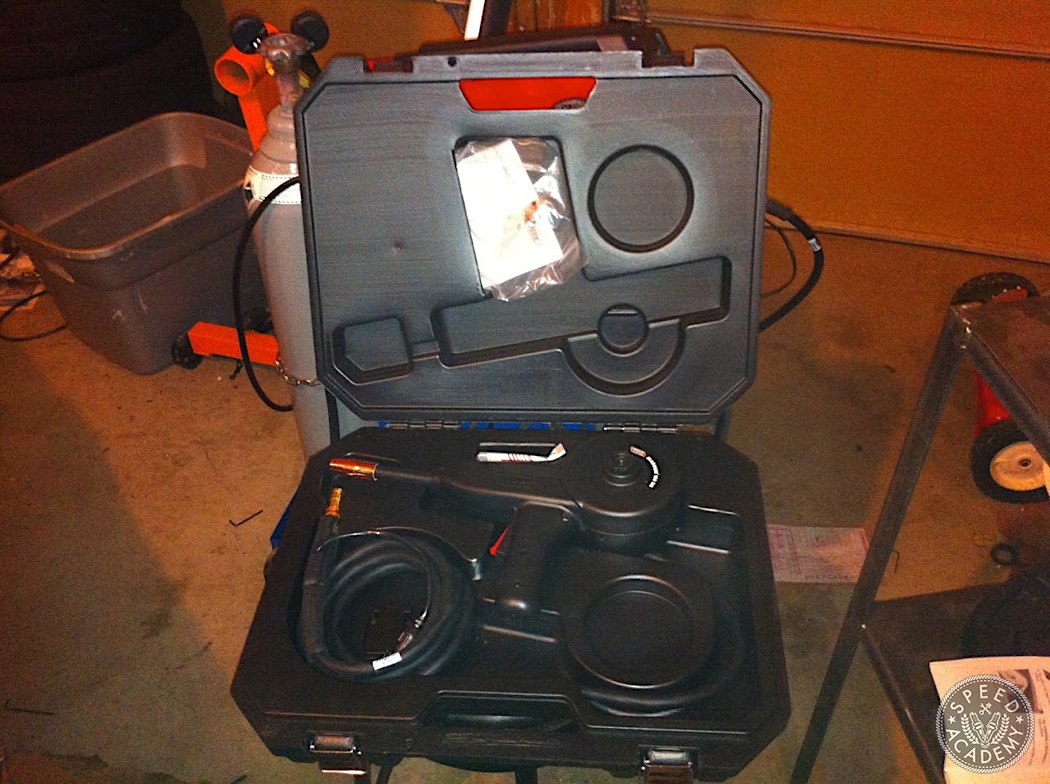 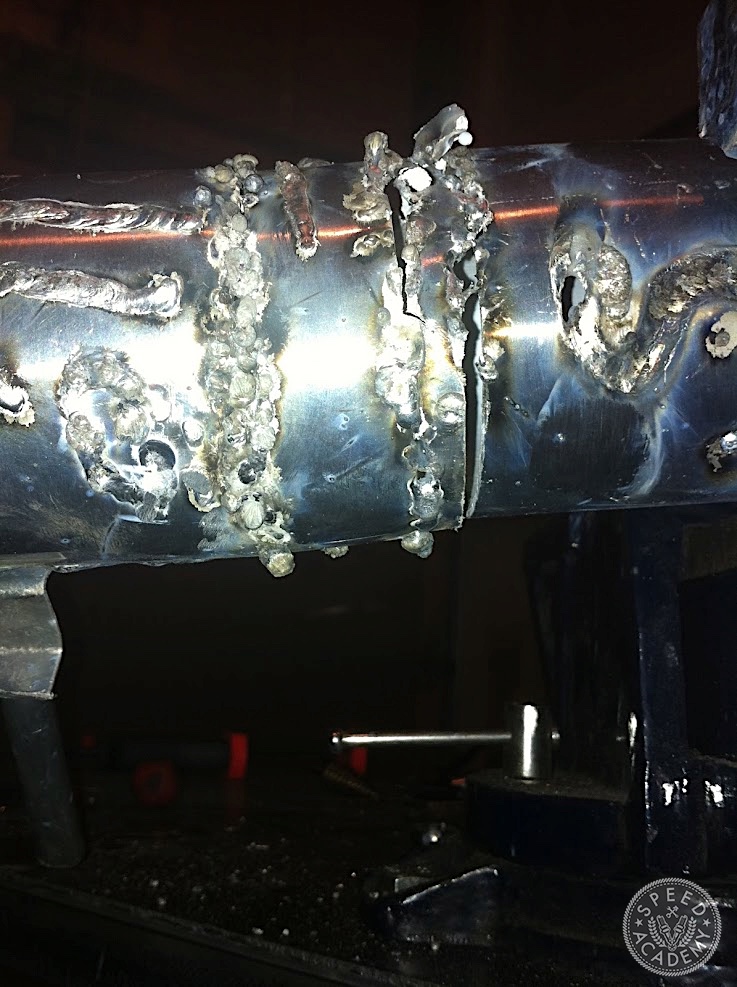 I got a spool gun to do aluminum thinking that I’d be able to make my charge pipes using it. I realized that this was not going to be as easy as I imagined. 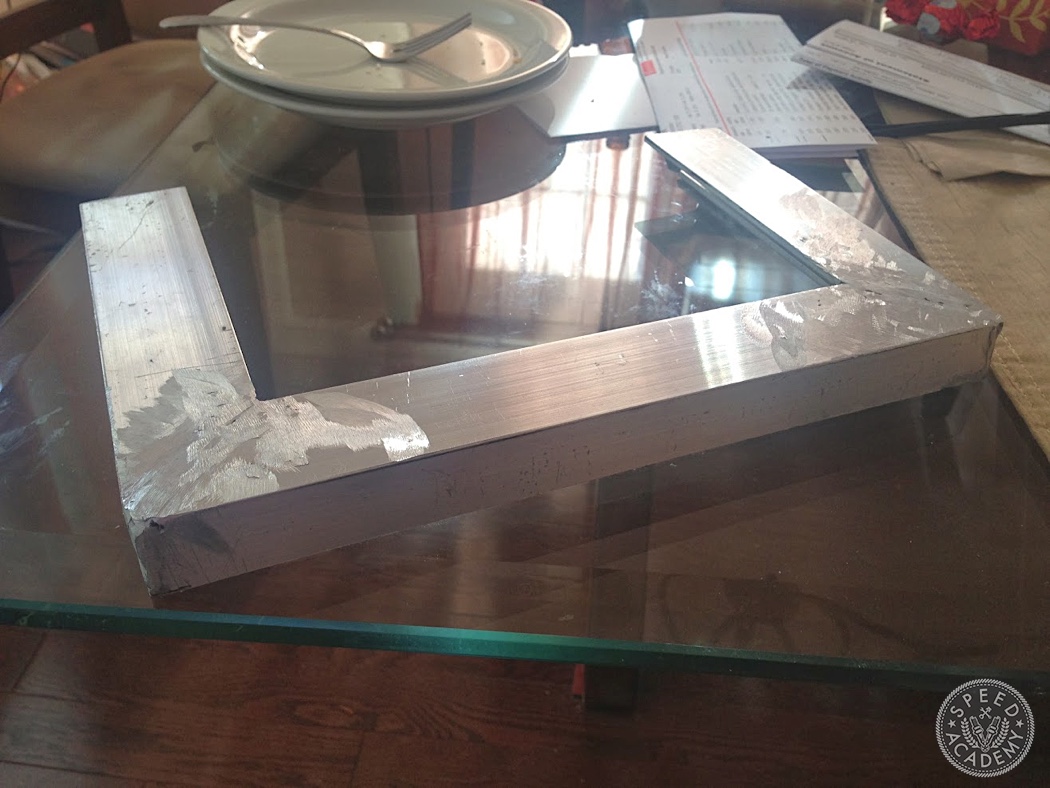 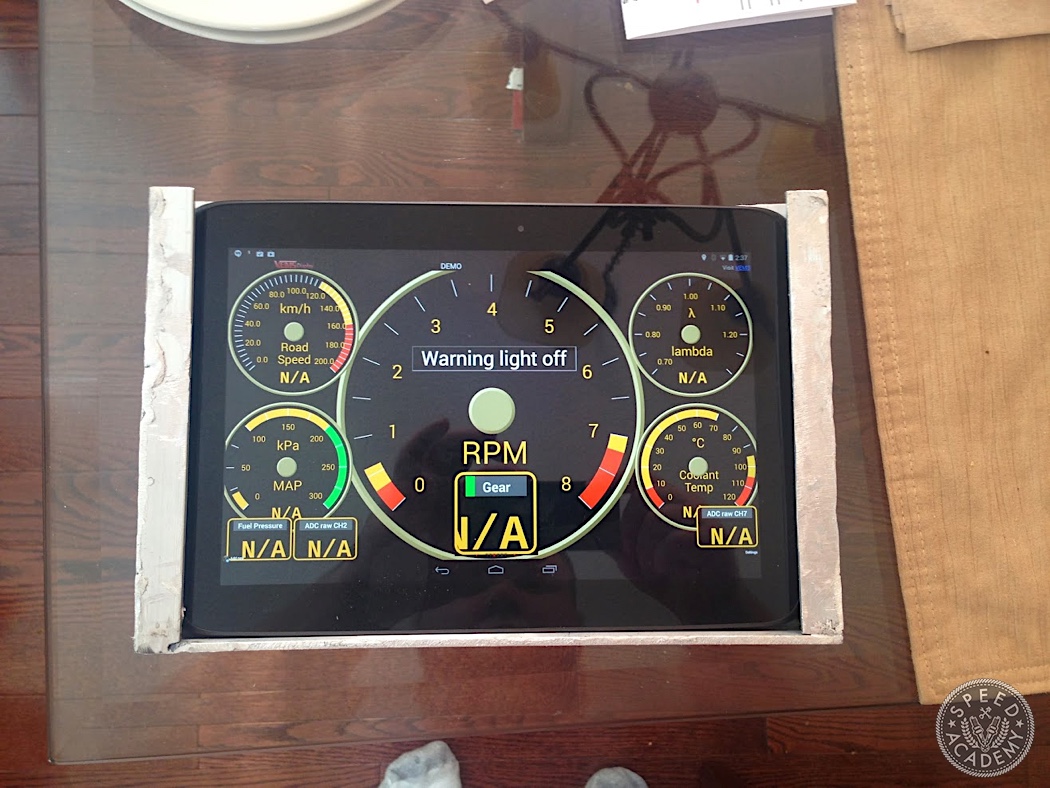 I did eventually get enough of a grip on MIG welding aluminum that I was able to make my tablet dash bracket.

Awesome article, looking forward to the next one.

An excellent start. I am looking forward to the entire series. Welding is something that I have always had an interest in but I never pursued. These articles look like what it will take for me to finally move ahead. Kudos to Dmitry for doing this.

Is it possible to receive an e-mail when the next article is available?

Thanks Tom! I will do my best to lay out a practical path, along with learning strategies, equipment selection and where to get things and for how much. Let me know if there’s anything specific you’re interested in so I make sure I don’t miss it.

I’m not sure if you can set up a new article notification but the Speed Academy guys are good with updating people on social media so if you subscribe to them on FB or IG, you should see it. The next chapters are coming soon!

In our continuing series on the record-breaking performances at the 2014 Global Time Attack Super Lap Battle finals at Buttonwillow Raceway, we turn our gaze to the Limited FWD class, which…