Last time I talked about How to Pick A Racecar Towing & Overlanding Vehicle it was all about my 1999 Lexus LX470. At the time the LX fit into the affordable category but with inflation these days, they’ve skyrocketed in cost. Even though the LX was serving me well, I felt like it was time to let him go. Plus the LX470 had some shortcomings that I wanted to address with a better base vehicle rather than modifying the LX. That leads me to the new tow rig, a 2007 Lexus GX470. Let’s break down what makes this Lexus a viable option for a tow vehicle that you can also overland in. 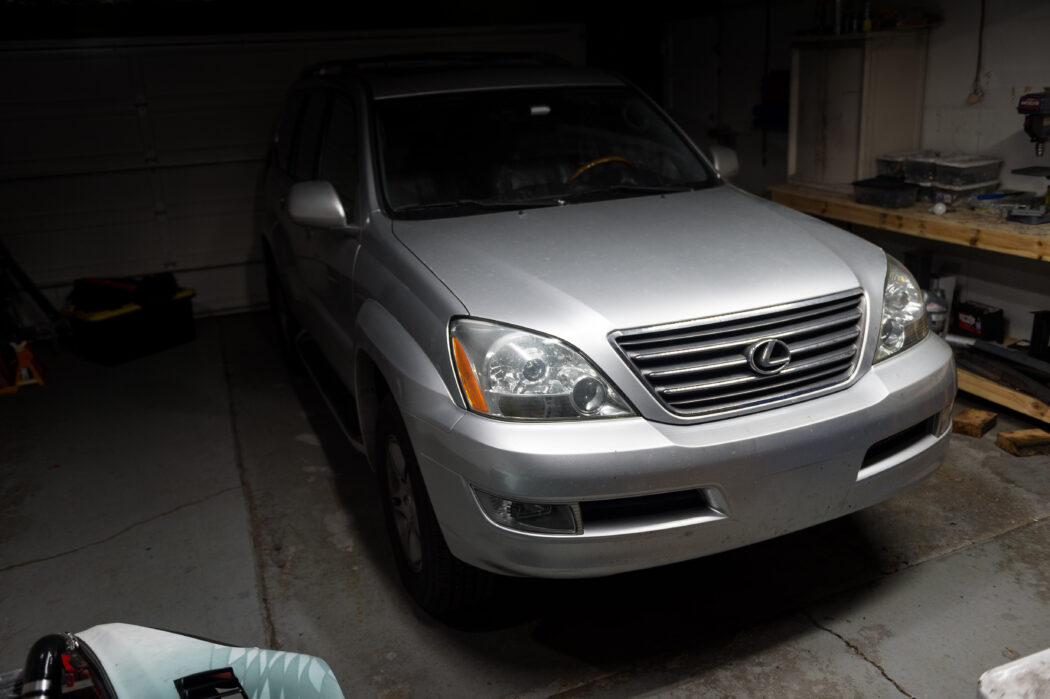 The GX series is the little brother of the LX series. Naturally, the GX is smaller than the big brother. It’s four inches shorter, two inches narrower, two inches taller and the wheelbase is almost three inches shorter. The GX is also quite a bit lighter than the LX. The curb weight is 4871-lbs vs the LX at 5590-lbs, which is ridiculous. This does raise the center of gravity higher for the GX which isn’t desired but it’s not enough to be a game-changer. Typically the longer the wheelbase on a truck, the more stable it feels while towing. However, when I towed Bonnie down to Texas I had the opposite feeling. The GX seemed more stable than the LX but I think that is tied more to the fact that the GX overall has a fresher suspension. 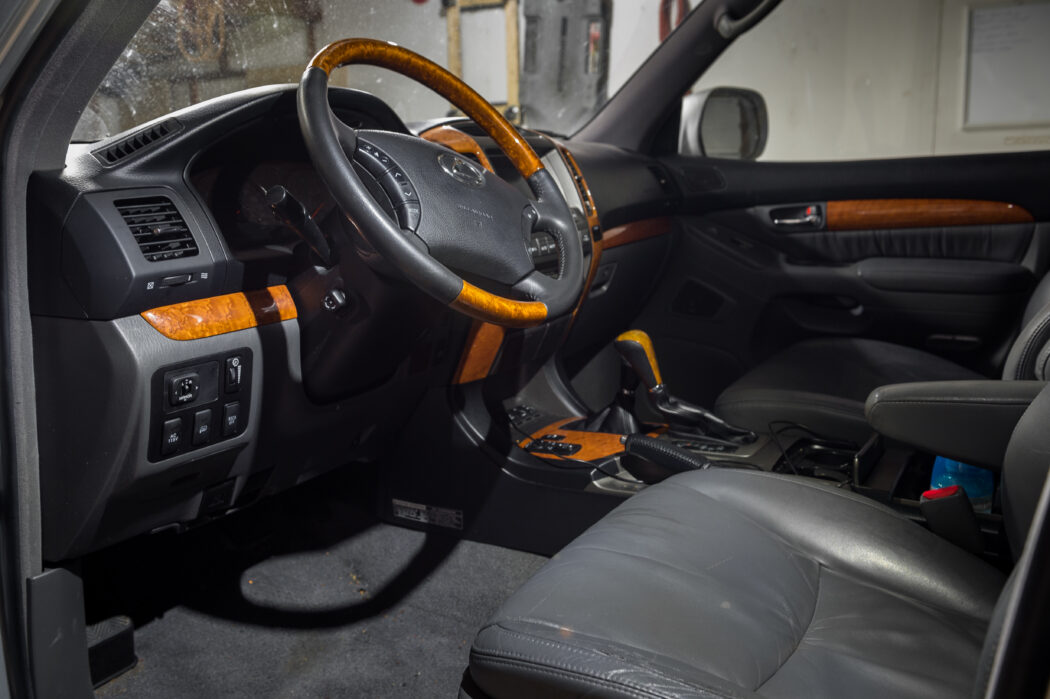 The LX was in need of a suspension overhaul so it made sense to go with a newer chassis that hadn’t seen a ton of salt. The salt used to de-ice the roads in Chicago eats away at everything. The LX was virtually rust-free when I first got it and within 3 years it already had rust holes forming in the body. It doesn’t help that Toyota is known to have chassis that rust away before the drivetrain stops working. With that knowledge, I’ve retired my Yota trucks from winter duty unless Monalisa (my 350k mile Accord) finally blows up, so never. 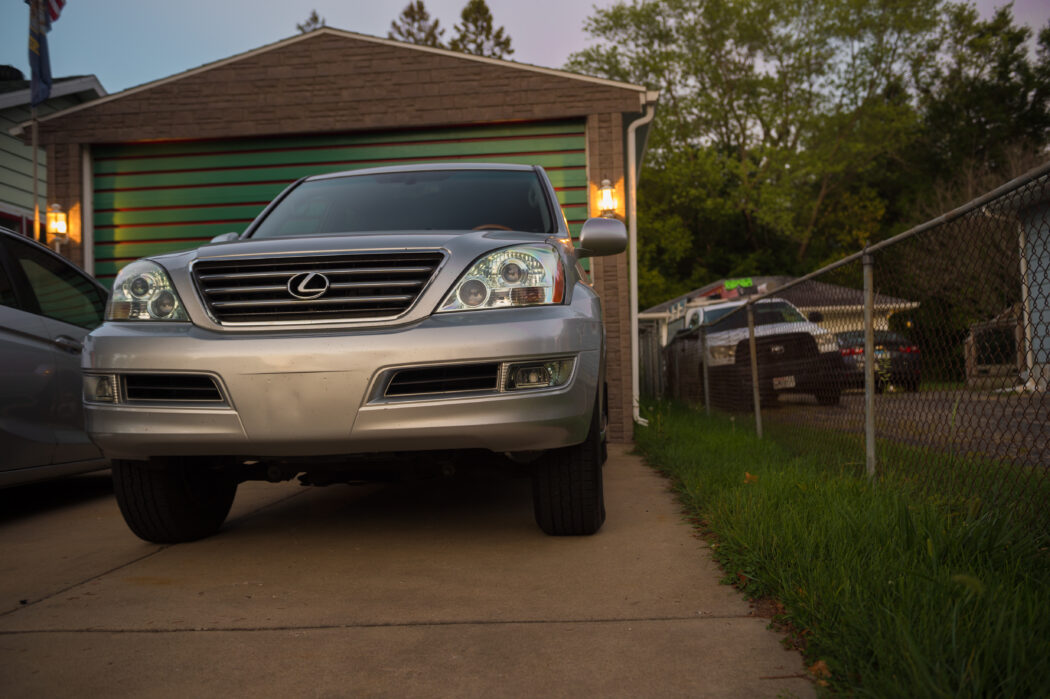 Another difference is what axles are height controllable and how that system works. In the LX, the front and rear are both controllable under 10-mph. The way it lifts or lowers the truck is done through the hydraulic fluid in the shocks. The GX system is only able to lift or lower the rear axle and is done by inflating and deflating airbags. Unfortunately, there are many reports that the airbag system isn’t reliable so I’m contemplating converting the GX to a traditional spring and strut with helper bags to aid when towing. It’s really a shame because the self-leveling feature with the airbags makes towing a dream! 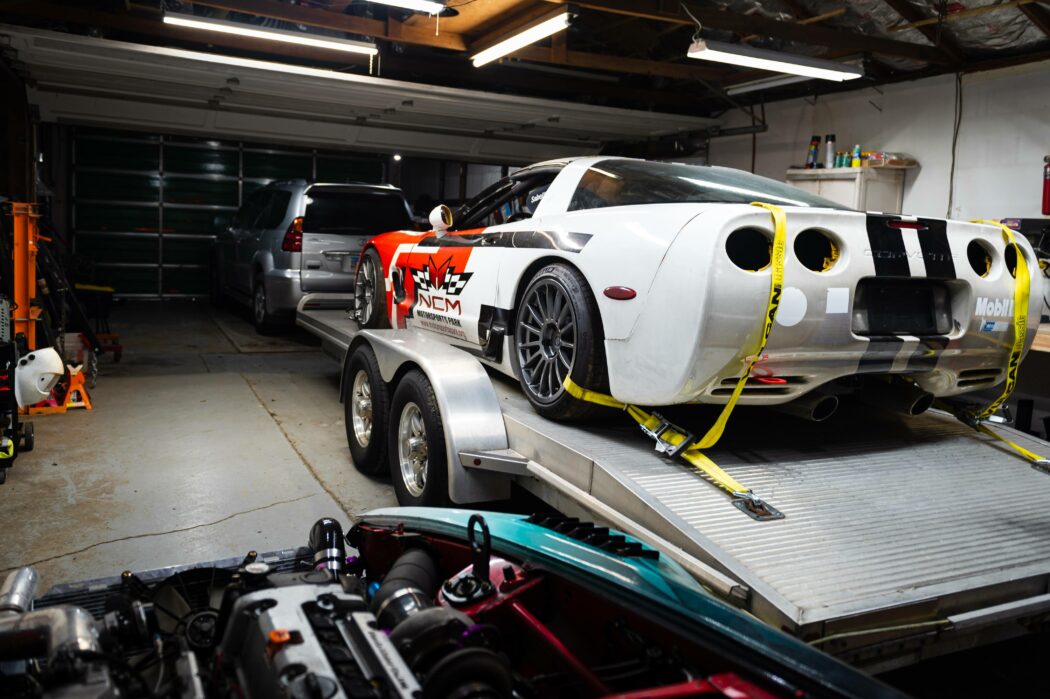 A great thing about the GX is they all come with the legendary 2UZ. If you live under a rock, the 2UZ is one of the most reliable engines Toyota has ever built. You can commonly see these engines in the 400-500k mile range with basic maintenance. If you do ever happen to blow one up, you can find a replacement in any GX470, LX470, Landcruiser (99-07), and a bunch of 4Runners (03-09). All of these vehicles share the same 6500-lbs tow capacity from the factory. Although all GX470s are 5-Speed automatics compared to the early LX’s which were 4 speeds, these still won’t be breaking any hyper mile records. They are rather thirsty, but there is still some savings here compared to the LX which was getting a 15 combined miles per gallon (CMPG) while the GX gets 18 CMPG without towing. The CMPG while towing is still around 9-10. 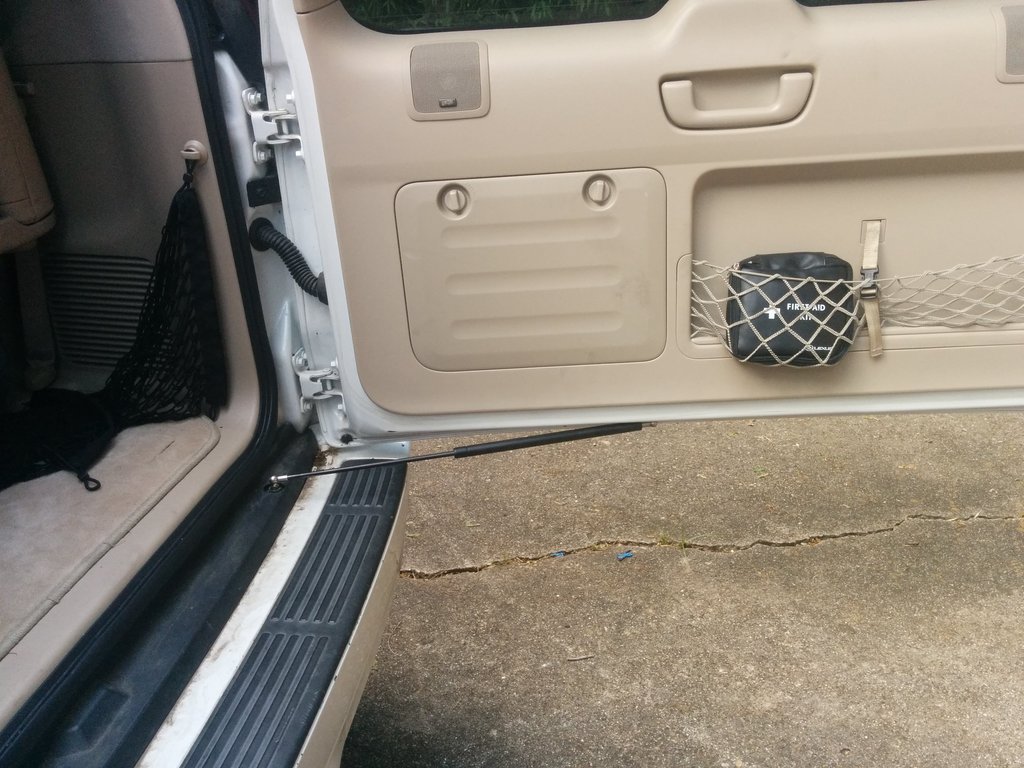 There are some caveats that really piss me off about the GX, though. For one, who the hell thought to have the rear hatch open like a normal door. It’s an inconvenience, since the trailer jack hits it when it’s tied together. The bigger issue than that, though, is the lack of a center console for the USA market. I don’t know whose stupid idea that was, but it just sucks. Don’t get me started on the lack of cup holders in this thing, too. Not only that, but the ones that are in there are an abnormal size — why, Toyota, why? I never felt like such an old dad until I couldn’t sit my bougie Starbucks down without spilling it. Luckily, there are a ton of companies that make cup holder inserts and if you really need that center console you can replace the USA one with one from a Prada 150 from the rest of the world. 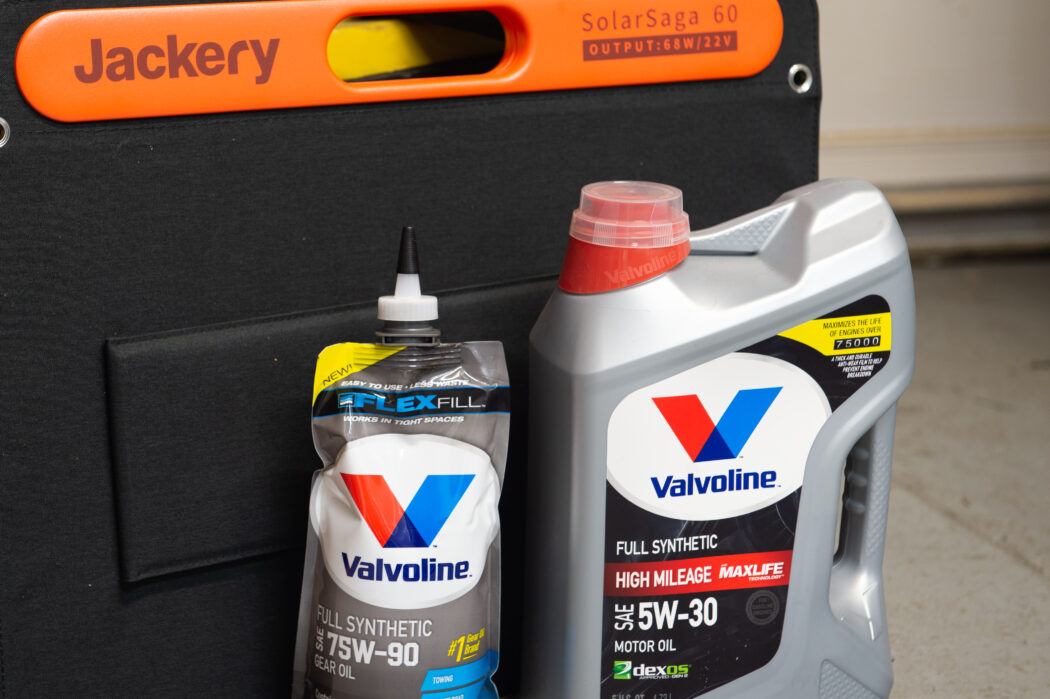 With that being said, That’s the GX and you should go buy one right now before they inflate in price. Treat yourself, it’s a Lexus so you can get away with telling the wife it’s for her.  You’re welcome! Next time we will cover how to baseline a new-to-you vehicle and some modifications to make life that much sweeter when at the track.