God bless the Internet and social media, because without it we wouldn’t have been invited to tour the General Motors Tonawanda engine plant in Buffalo, New York and shoot this video of the new Gen V engines that power the C7 Corvette Stingray. 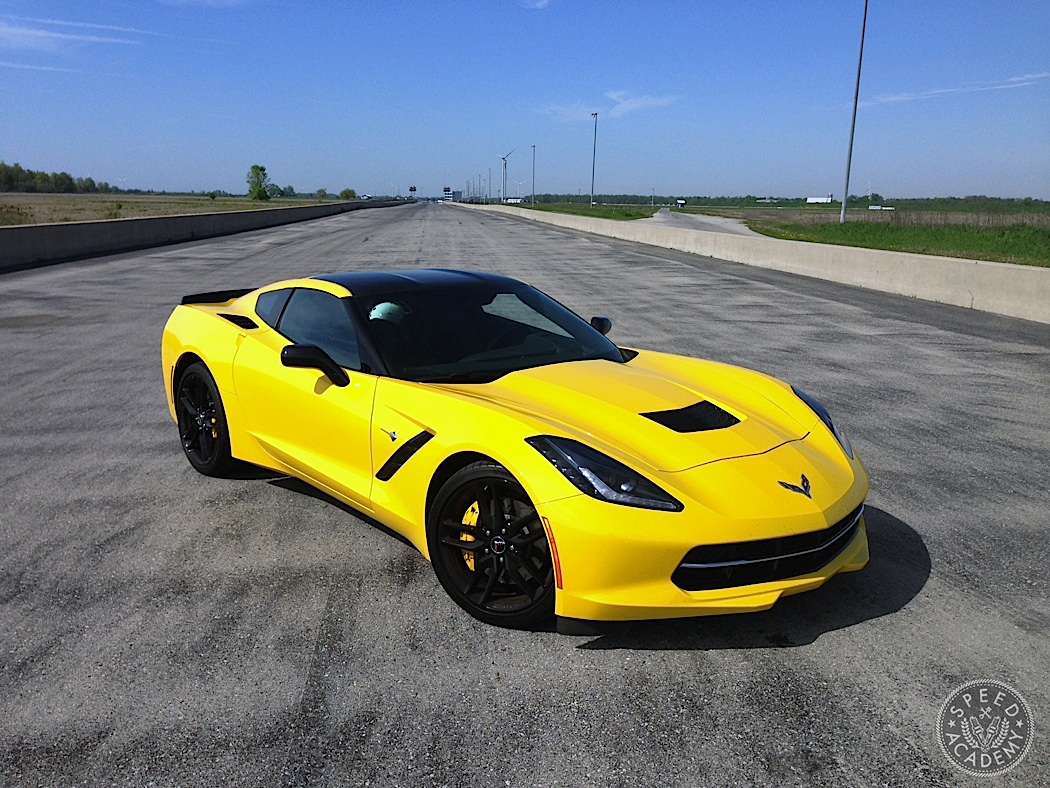 This Z51 Corvette blew my mind at Toronto Motorsports Park, its LT1 engine having a much broader powerband than the LS3 it replaces and more zip at higher RPM too thanks to advanced features including variable valve timing and direct injection. Plus its handling balance and grip are just superb, as is its interior and overall build quality. Truly a world-class sports car..

A few months ago I posted this photo of a bright yellow Corvette Stingray Z51 I track tested for AutoGuide.com on our Facebook page, and it just so happens that a Quality Engineering Manager at the Tonawanda plant by the name of Joe Calkins is a fan of our page. He shot me a message asking if we’d be interested in touring the facility where both the 460-hp LT1 and 650-hp supercharged LT4 are built (the LT4 now powering both the Z06 Corvette and Cadillac CTS-V, while the LT1 powers the non-Z06 Corvettes). 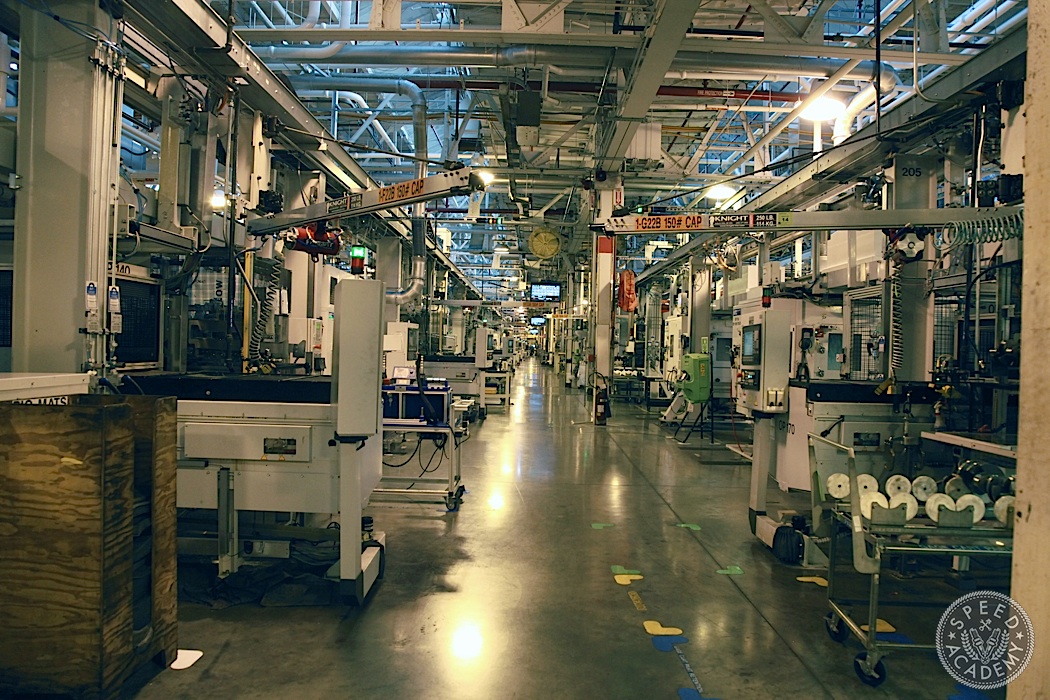 I, of course, responded with a “hells yes!”, so Joe put me in touch with Mary Ann Brown, the Plant Communications Manager. I wasn’t too sure how secretive things would be at the plant, so originally thought it might only make for a photo & text story, but once it became clear we’d be given full access and that video was encouraged, we knew we had to make the most of the opportunity. 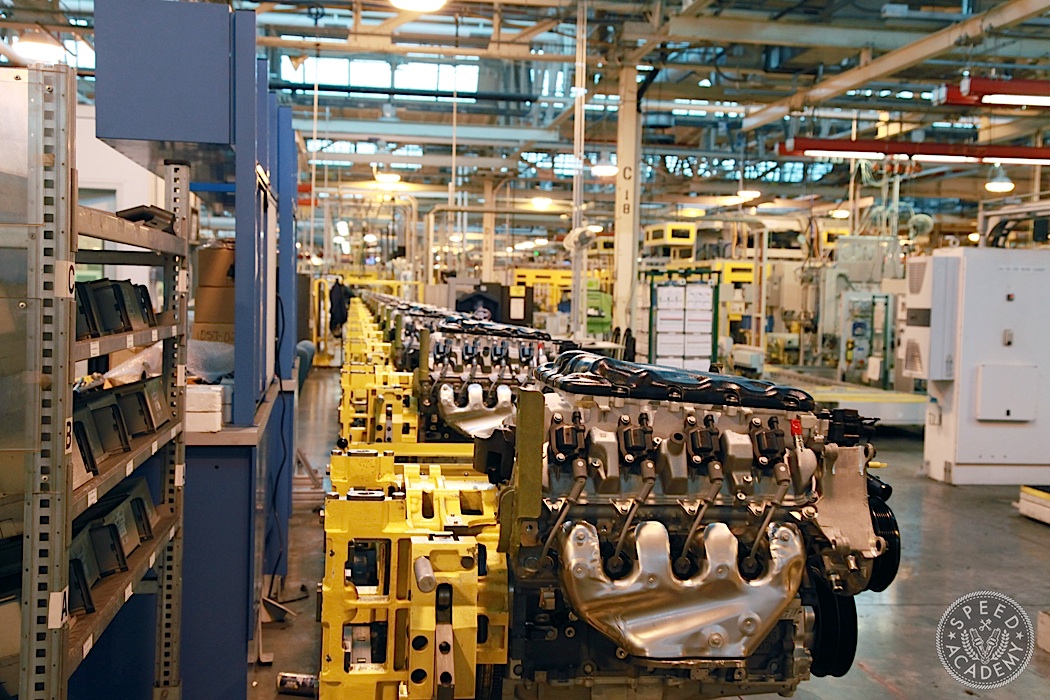 We decided to focus the video on the production of the LT4, since it’s now the most powerful production engine in GM’s history, but the LT1 as well as a 5.3L V-8 truck engine and a V-6 are also built in this same plant, while the 2L turbo and 2.5L 4-cylinder engines are built in the other plant at Tonawanda. 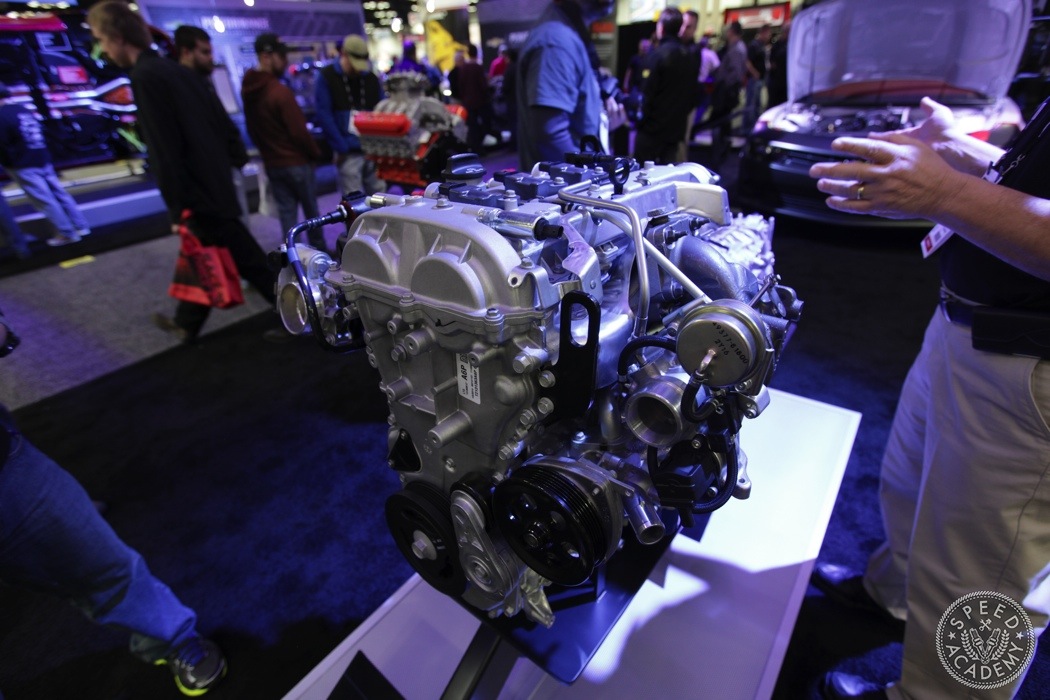 We’d love to go back and see the 2L turbo LTG engine being built, since it’s an incredibly advanced design that packs a huge punch (272-hp), plus they’re offering it as a crate motor, the first 4-cylinder crate option in GM’s history. And it’s designed to send power to the rear wheels, which makes it an intriguing option to swap into all sorts of our cool old rear-drive machines in need of a fresh new powerplant. 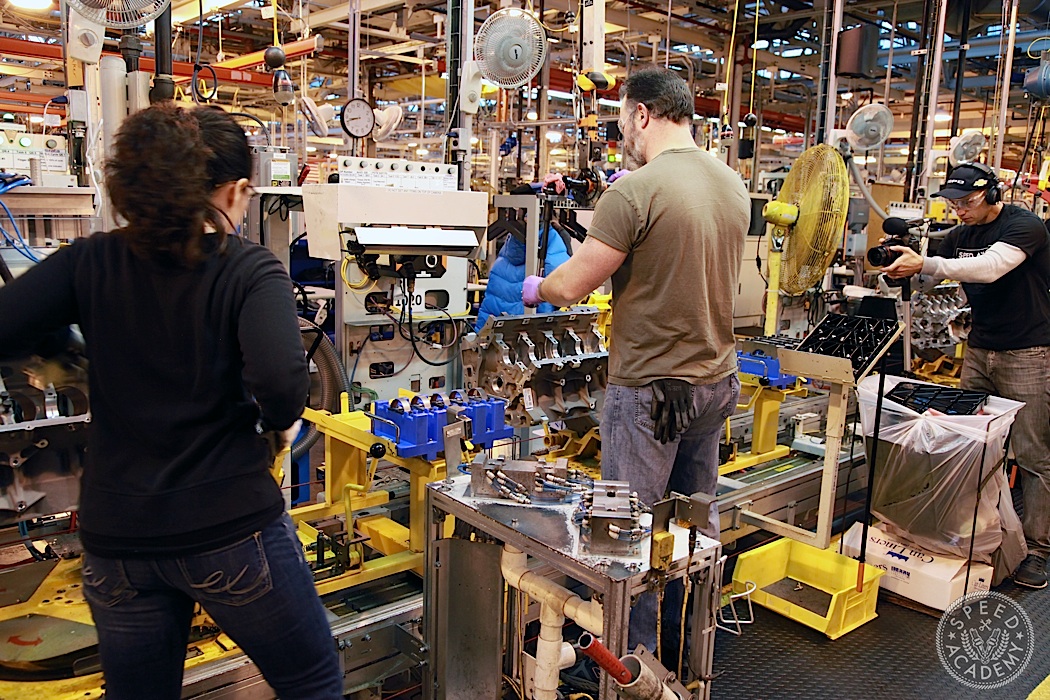 I do plan to post an in-depth story about the V-8 plant tour in a few weeks, since there’s so much incredible technology at work here that I’m sure our tech-oriented readers will enjoy some extra detail, but we hope this video still gives you a good sense of just how advanced GM’s engine manufacturing is, and how dedicated and passionate its staff is.

Note: the crankshafts shown during the machining process are for the 5.3L EcoTec3 truck V8, not the LT4.

I changed my vote, instead of boosting the Targa FRS I vote LT1 swap… C’mon its worth it!

A great video and read.  In 2013 GM stated and showed videos that the LT1 and ZR1 LT1 engines were being built at Bowling Greens newly revised enging facility.  Is this still in production or has it all been moved to Tonawanda?  The option to build your own engine, where is that carried out BG or Tonawanda?  Just curious.
I was proud of the fact that my ZR1 and my 2014 Stingrays engines were being built at the assembly plant at Bowling Green.
Stung from Stingrayforums.com

SmokeyWOT that would be a  seriously badass swap into a FR-S.

STUNG2014 It’s my understanding they do still build some LT1 and LT4 engines in Bowling Green to support the customer build program you mentioned, but I’ll confirm this with our friends at GM. And I think if you went and took the tour at the Tonawanda plant (they do give public tours from time to time), you’d feel the same sense of pride in the engine as you do towards the Bowling Green you had with your ZR1. The Tonawanda plant and the folks that run it are all top-top notch.

STUNG2014 Joe at GM just confirmed that you can still opt for the Customer Build Experience in Bowling Green, though it’s a $5000 option. The machined blocks and heads and shipped from Tonawanda to Bowling Green for use in this program.

STUNG2014 sorry, the machined blocks and heads are shipped from Tonawanda for this program.

Thanks David for the get back on my comments.  I do appreciate the reply.  When I have the opprotunity I will most definately do the tour of the plant and Bowling Green as well.

Does GM produce the blocks at this site? If not where?

Where does GM get the engine blocks from?

Anthony Chandler GM produces them at their foundry in Mexico and ships them up to Tonawanda for finishing and final assembly.