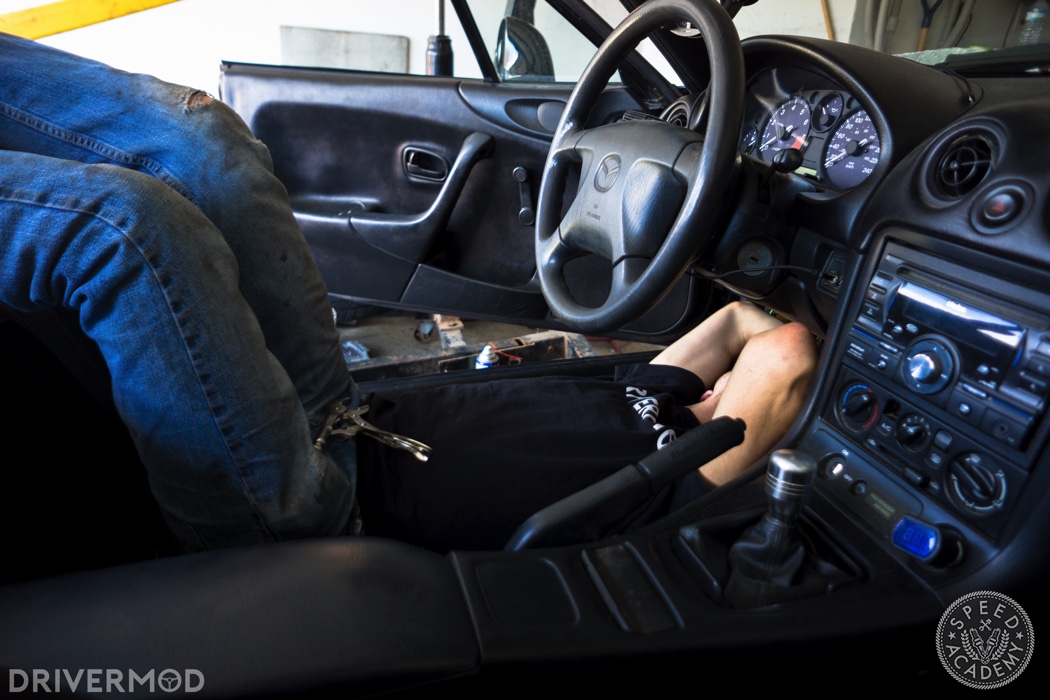 This part was next to impossible to photograph so bear with me. The Miata’s wiring harness connects to the car in two points: both are underneath the driver’s side dashboard. The first thing you should do is remove your driver’s seat completely, because you’ll find yourself doing a lot of this: 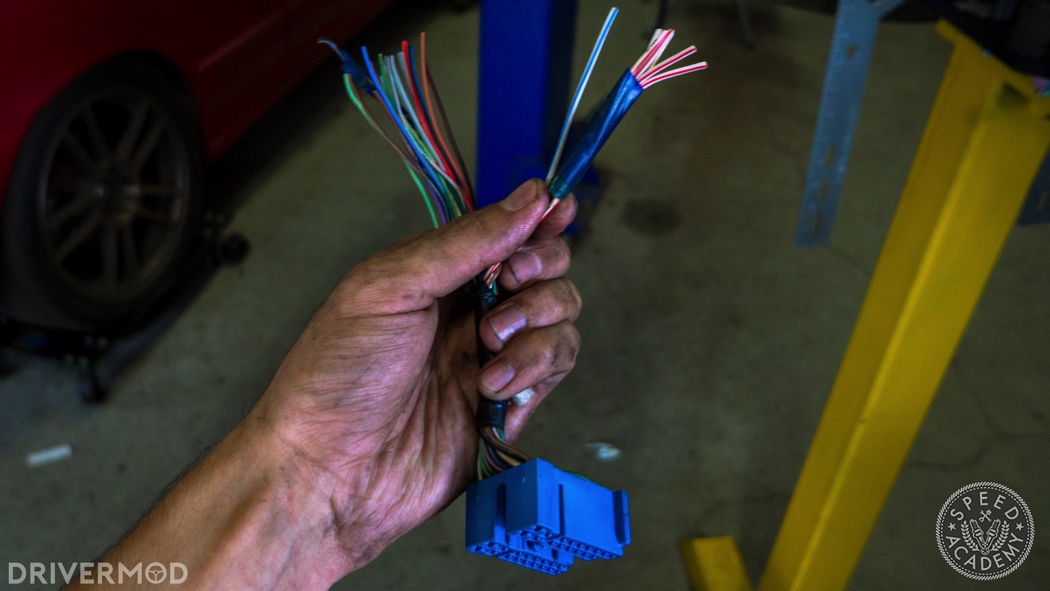 There are green clips that plug directly into the Miata’s ECU, and a large blue clip that plugs into the body harness. Remove the green clips from the ECU, and cut the harness after the large blue clip (see below). Next, you want to pop the rubber grommet that the harness runs through, out of the firewall. You’ll need it for later, so cut a slit in it using a razor blade to free it from the wiring harness. 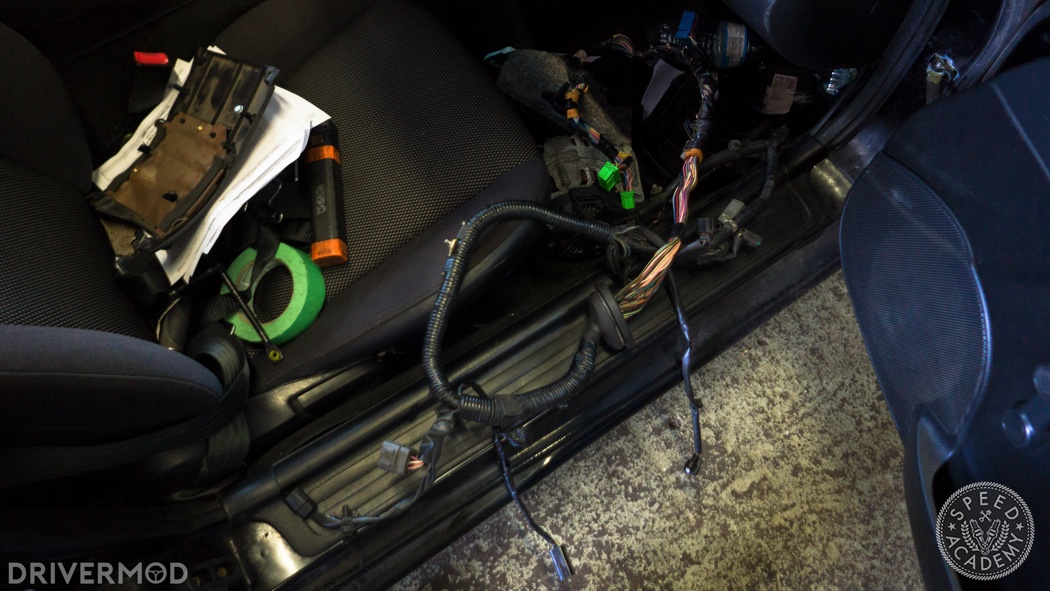 Getting the harness out of the car is a bit of a two-man job. You need one person under the dashboard, ensuring that the harness is completely free (there will probably be several zip ties to cut) and to help guide it out towards the passenger side. The other person will be pulling at the engine harness through the firewall.

Before you think about doing any of the under-dash wiring, you should pull the Mazda ECU and pedal assembly. The Mazda ECU is mounted on a stud that points towards the back of the car, that’s welded to a bracket. It’s likely hidden in a rat’s nest of wiring making it difficult to find, but you can get a wrench and long socket on it. Remove the nut on that stud, along with a much more obvious bolt holding the ECU, and it should come free.

First, remove the throttle pedal itself. There’s a spring that easily slips out from underneath the pedal. At that point, you can wiggle the pedal out of the assembly. Now, you can remove the 6 nuts that hold the pedal assembly to the firewall; they’re a mixture of 10mm and 12mm nuts. There’s also an electrical clip attached to the front of the brake pedal assembly, so be sure to unplug that. 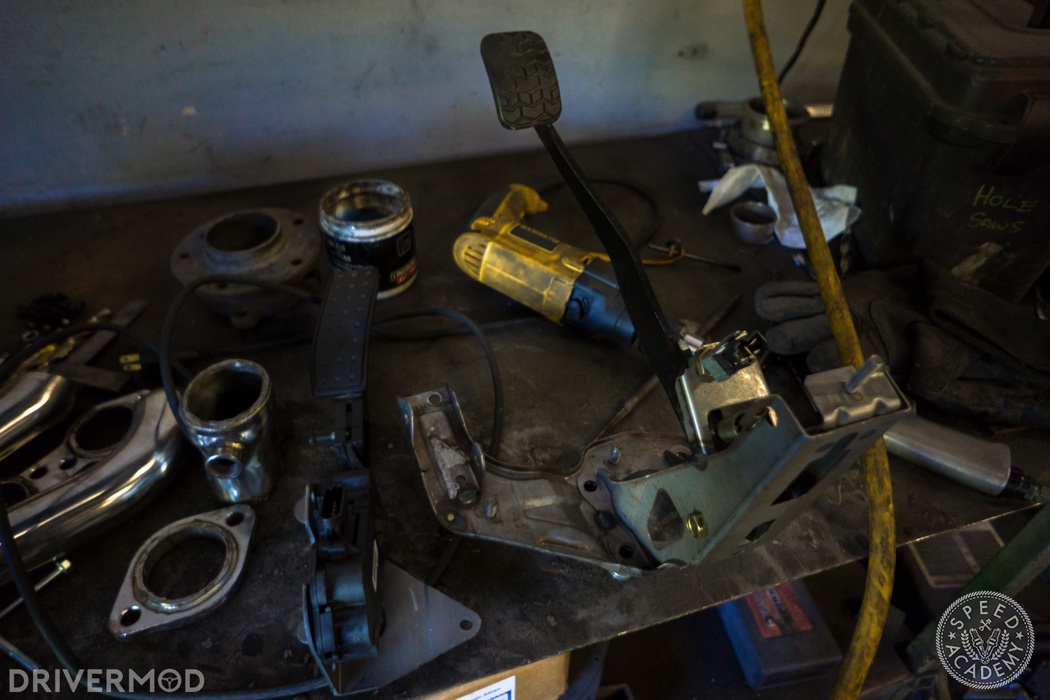 Cadillac CTS throttle pedal on the left, soon to be mated to the Miata pedal assembly on the right.

The steering column has two “feet” that extend from its base, that are bolted to studs welded to the pedal assembly. Remove these two nuts.

With the column out, the pedal assembly will come out easily. 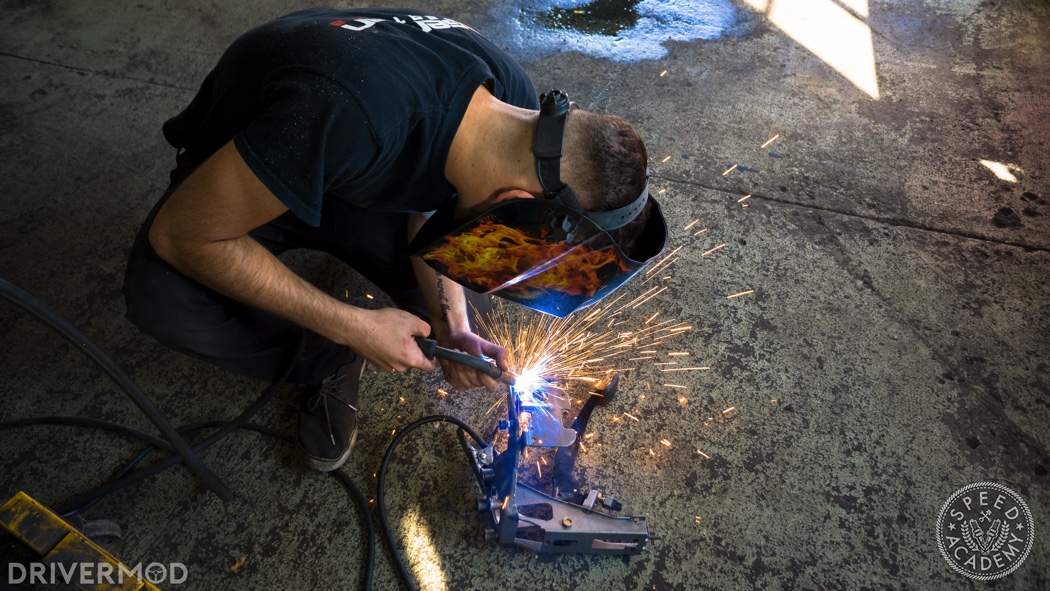 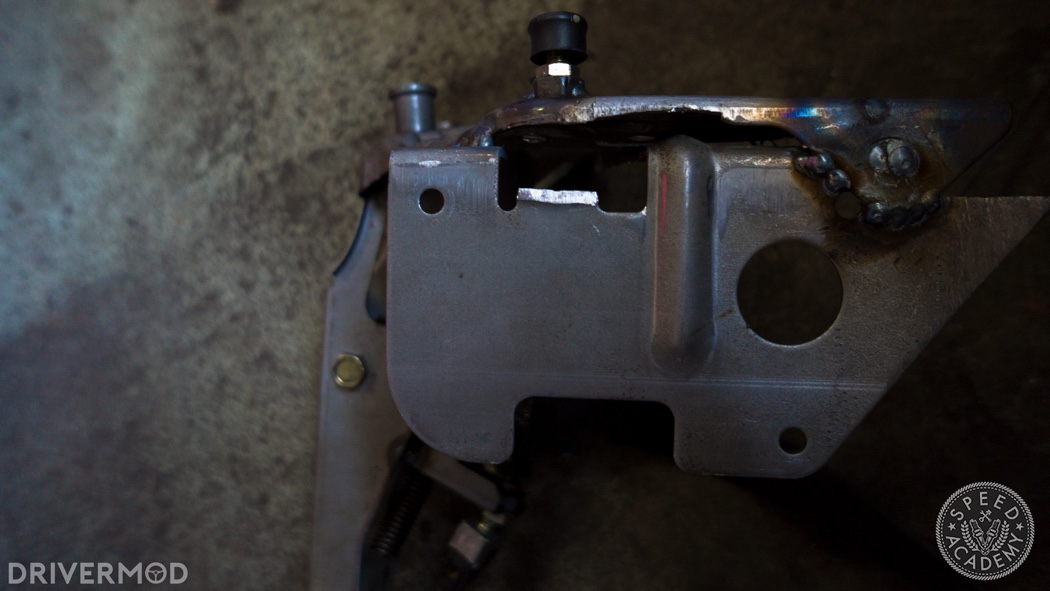 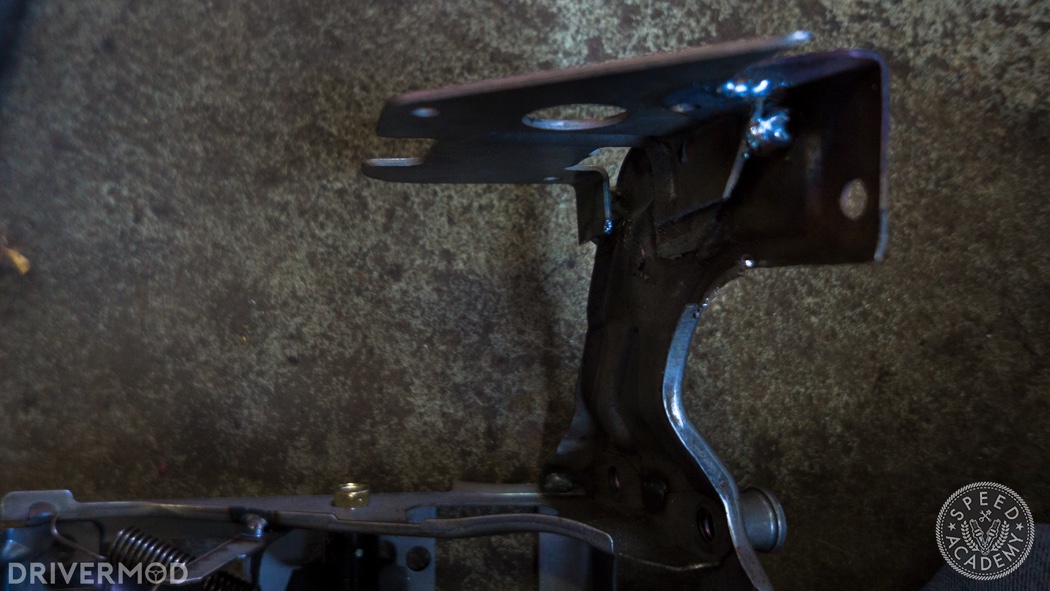 Once all the welding is done, be sure to give it a coat of paint to prevent rust. 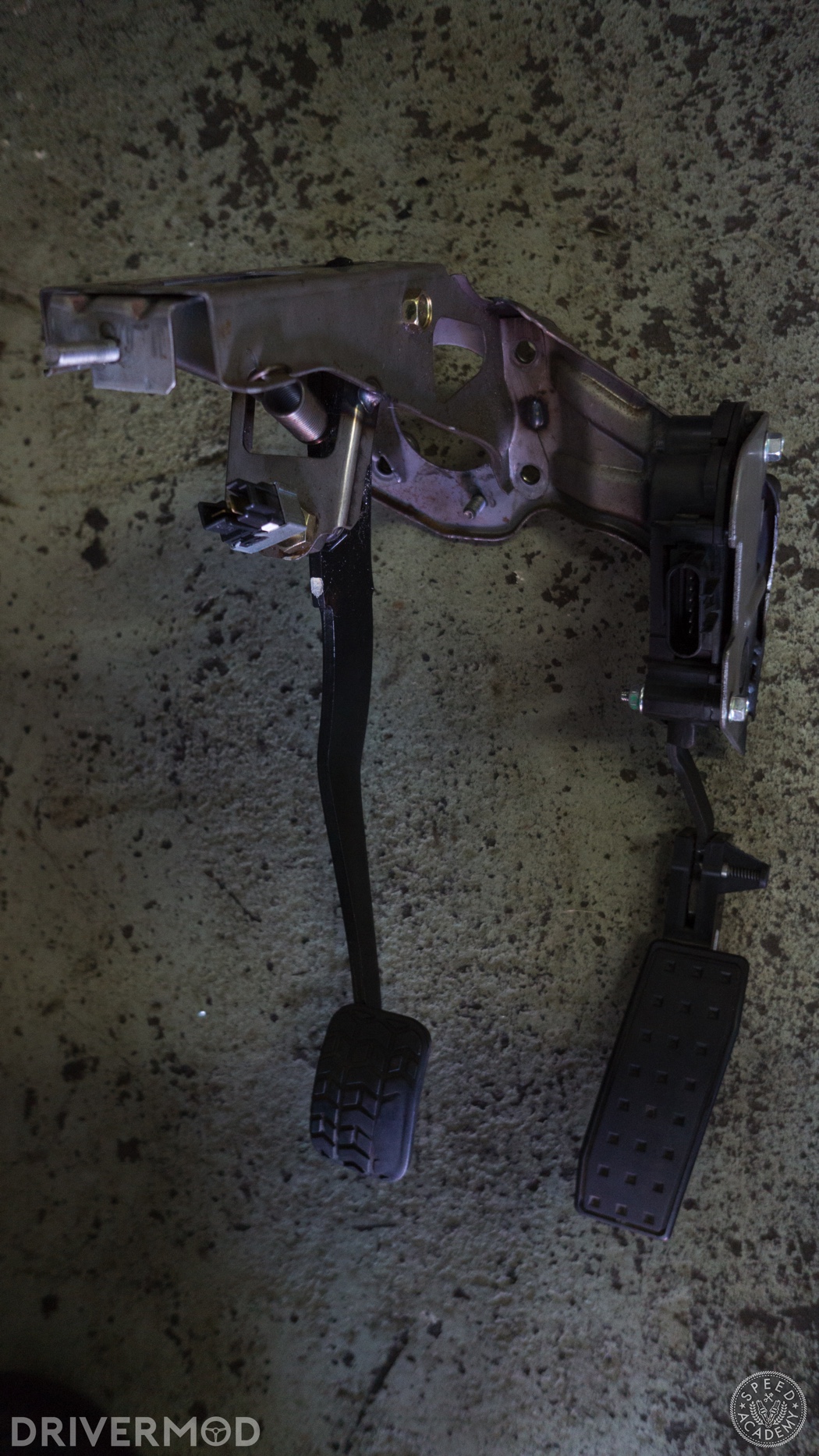 As you’ll see in Part 6, there’s still lots more wiring to do!

Hey, could you tell me what year CTS the throttle pedal was and also if it matters if it is from a manual or automatic?

Direct Injection:
How It Works And Why It’s A Game Changer (For Better And For Worse)

I’ve been listening to a lot of Podcasts lately, including Reid Lunde’s ‘Do It For A Living’, which is all about the automotive performance aftermarket and how industry leaders like Paul…