Be prepared to have your mind blown…I’m black! You may not be aware, but my mocha skin color makes me a minority at the race track by a large margin. I’m not here to talk about that, though. I want to talk about something else that makes me a minority within a minority; my mental health. I have a mental disorder formerly called Manic Depression but is now known as Bipolar Disorder II, plus I have a small pinch of anxiety disorder sprinkled on top for added flavor.

In this article, I’ll get personal with you, dear readers. I’m going to try and do my best to find the words to describe Bipolarism and how it affects my involvement with racing, social media, and building partnerships within the motorsports industry. 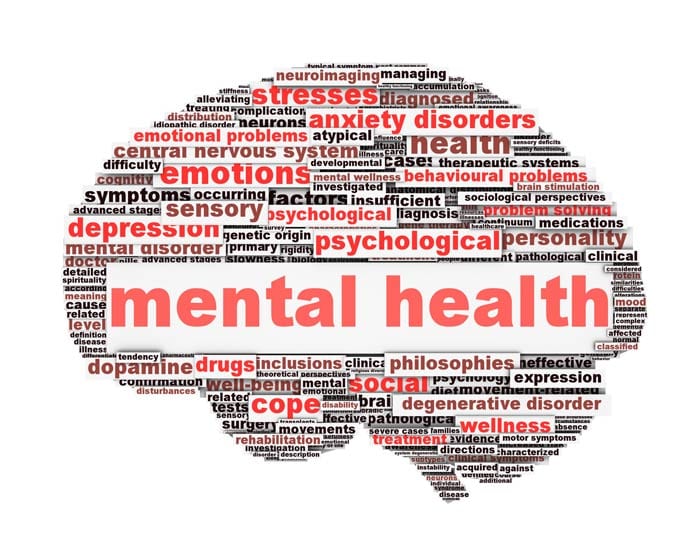 Mental Health is not Black and White
I want to clear something up right now; there is nothing about having a mental disorder to be ashamed of. In fact, statistics show that a lot of people are not as “normal” as they think. You can be mentally healthy and have a mental disorder, or you can be mentally ill and not have a mental disorder. If you feel overly anxious at times, suffer from prolonged bouts of sadness or extreme mood swings, or find yourself looking at the bottom of a bottle more often than you should, it’s okay to seek help. I’ll reiterate, IT’S OKAY TO WANT HELP!

If you don’t know where to start, you can contact me on Instagram or visit Mental Health America. They have a ton of resources on their website for you to go through, even some free screening tests. You might have Bipolar Disorder symptoms and never knew it. 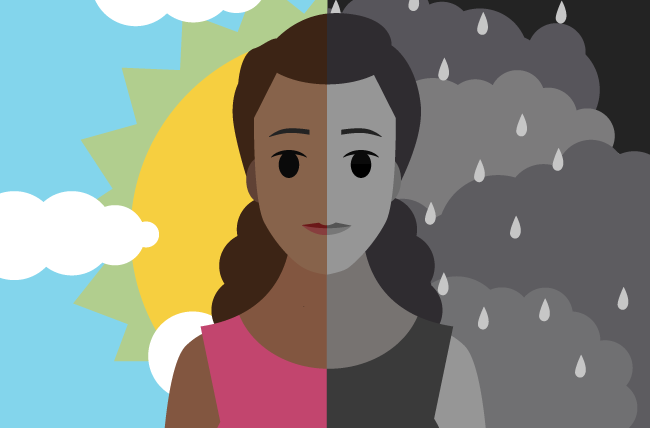 Let’s talk about Bipolarism. Like what the fuck is it really? When you read that, what did you think? Maybe some thoughts of someone that would hug you, then punch you in your shit seconds later. In some rare cases, it’s not even close to the norm. Bipolar Disorder consists of mood swings that include emotional highs, called mania or hypomania (milder than mania), and lows known as depression. During hypomania or mania phases you may feel full of energy or unusually irritable. In a depressed phase, you may feel hopeless and lose interest or pleasure in most activities.

Episodes of mood swings may occur rarely or multiple times a year. While most people will experience some emotional symptoms between episodes, some may not experience any.

There are several types of Bipolar Disorder but they are mainly broken down into the following categories: Bipolar I, Bipolar II, Cyclothymic, and other types. Bipolar I is usually the most severe and can consist of manic episodes that may be preceded or followed by hypomanic or major depressive episodes. In some cases, mania may trigger a break from reality (psychosis). Bipolar II (hey it’s me!) consists of major depressive episodes and hypomanic episodes, but never any manic episodes. Cyclothymic consists of at least two years (or one year in children and teenagers) of multiple periods of hypomania symptoms and periods of depressive symptoms, which is less severe than major depression. What are other types? These can include bipolar and related disorders induced by certain drugs or alcohol or due to a medical condition, such as Cushing’s disease, Multiple Sclerosis, or stroke.

For clarification, bipolar II is not a milder version of bipolar I. It is in fact a separate diagnosis. While the manic episodes of bipolar I disorder can be severe and sometimes dangerous, individuals with bipolar II can have major depression for longer periods. 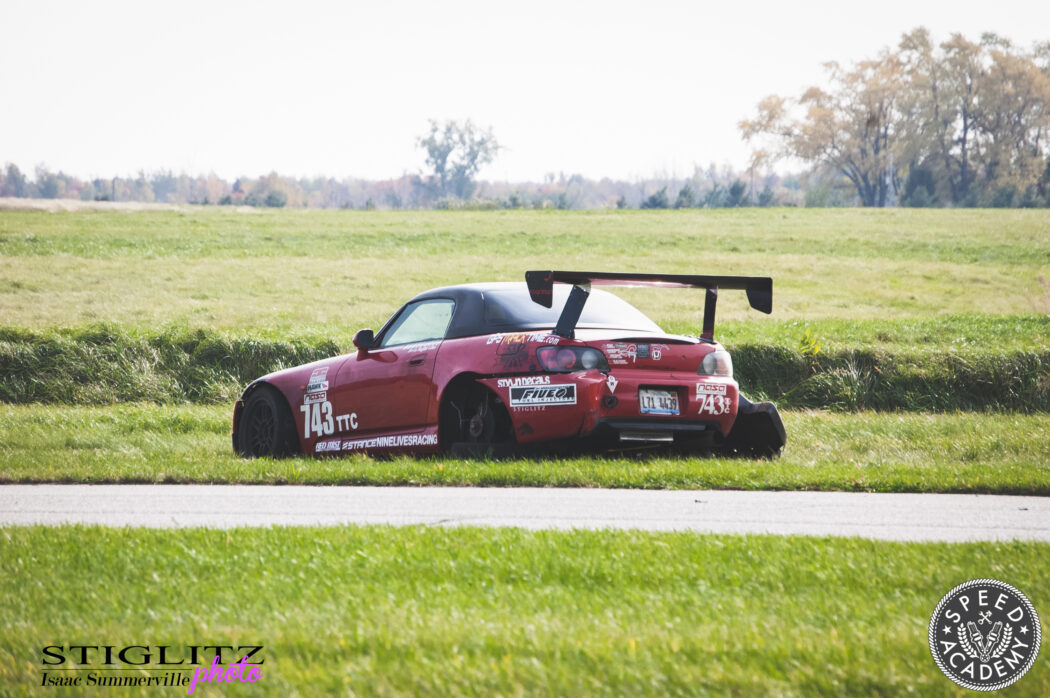 As you can imagine this can affect my racing program in many ways. For one, sometimes it makes it tough to give a flying fuck about working on a car. Even simple tasks such as an oil change can feel overwhelming. Here is an experiment for you to do at home kids; look at the date on each of my articles here on the Speed Academy website. Whenever you see a big gap between articles, that’s me thinking, “No one is going to read this anyway.” During an episode of depression, or what I call down/bad days, deadlines seem like they don’t matter. My mindset during these bad times can look something like this: “Gridlife Autobahn is in a month? Racing isn’t fun anyway and no one likes me there anyway.”

Besides being demotivated, sad, and even crying for no reason, the anxiety aspect adds more pressure. I start thinking about how everyone is going to expect me to be competitive and if I’m not winning then I look stupid for having sponsors or people are going to wonder how I even get on Professional Awesome’s team with such mediocrity. Whenever I talk in person or online I often make self-deprecating comments in a joking manner. That’s part of my defense system to avoid those feelings (I’ve never said that out loud before and I chose to say it to all 5 of you reading this; see I did it again).

Another downside to episodes is they can drastically affect how I feel on track. A down day for me will feel like my S2000 is a big ball of shit, from wing to splitter. All the bad things I don’t like about it takes over and I start to think all the time, money, and effort I’ve dumped into a useless object doing a useless task is futile. Coming off track I’ll be thinking about how I could have done better, which sounds healthy enough on the surface, but what I’m really thinking is that driving is something I need to be good at yet I’m awful and that I’m trash compared to whomever did better than me that day. 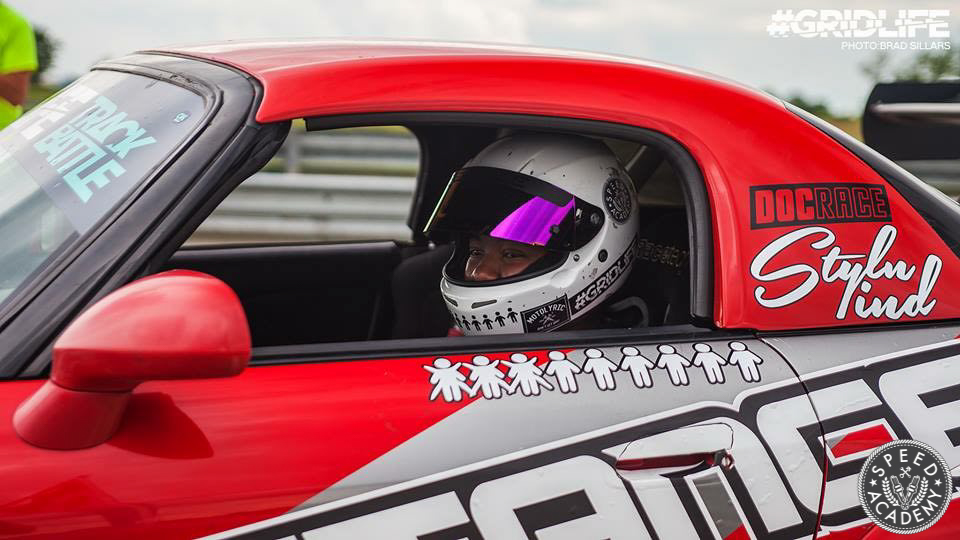 It’s not all negative, though. During hypomania episodes, the juices are flowing and creativity is at an all-time peak. It feels like you had a solid 10 hours of sleep and you woke to some sexual activities while drinking two cups of coffee. To be honest, writing this right now I’m in a hypomania state. Some of my most exciting driving is during these phases as well, and that’s when I’m usually a tad more sideways. It’s in these moments that speed doesn’t matter but having some fun sure means a lot. If I break it, fuck it, I break it, but I’m not going over the edge and being okay with crashing or harming others. That’s just stupid regardless of how I’m feeling. There isn’t too much to be said about Hypomania, you just want to get things done and things you are interested in becoming super awesome all of a sudden, which can lead to some interesting social media interactions. 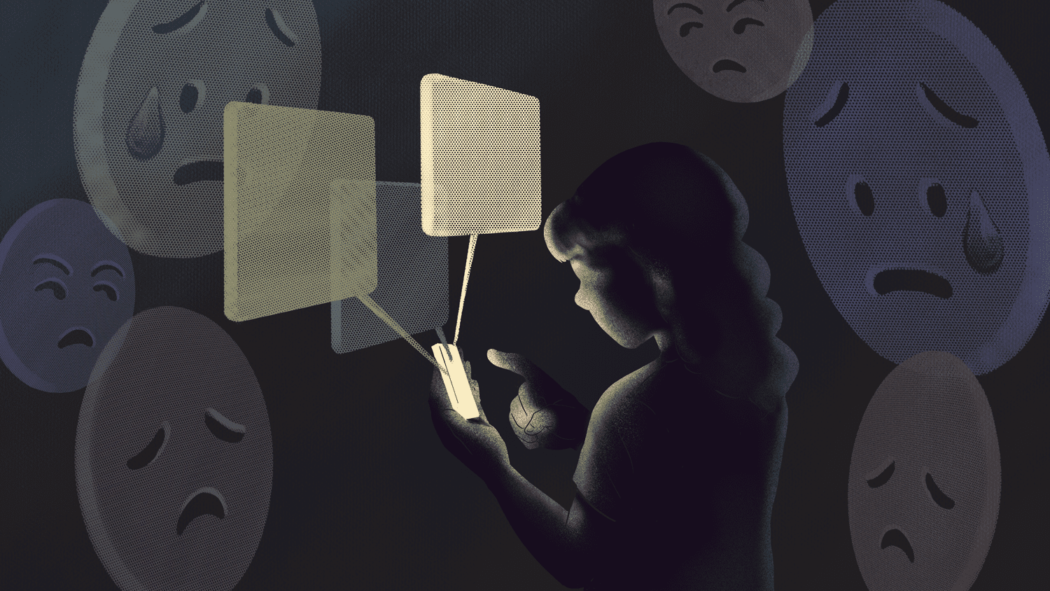 I’m guilty. I do the cardinal sin when it comes to social media by looking to a bunch of people I have never met to tell me what I’m worth. I’ll admit it, I’m a recovering addict. On a down week, oh man it’s rough. I try to stay off of social media because one comment can drive me down deeper into a hole than I’m already in. I also focus on why certain people give me more shit than others. Why don’t they like me? Why do I even try to do things if I’m going to fail anyway? There are a lot of why’s. If you know the internet, then you know that for someone that’s depressed it can often be a really shitty place to be.
On the other hand, during Hypomania days you can usually find me in your inbox telling you how awesome you are and see me getting things done from my checklist. Hell, I’ll probably be writing a new article or rebuilding my S2000 for the 10th time. I’ll probably create something like Track Midwest, push to start a podcast like Hypercritical, or go out of my way to tell someone about how I think they are doing a great job with their social media and their partnership programs (I’ll leave names off of this one but they know who they are). 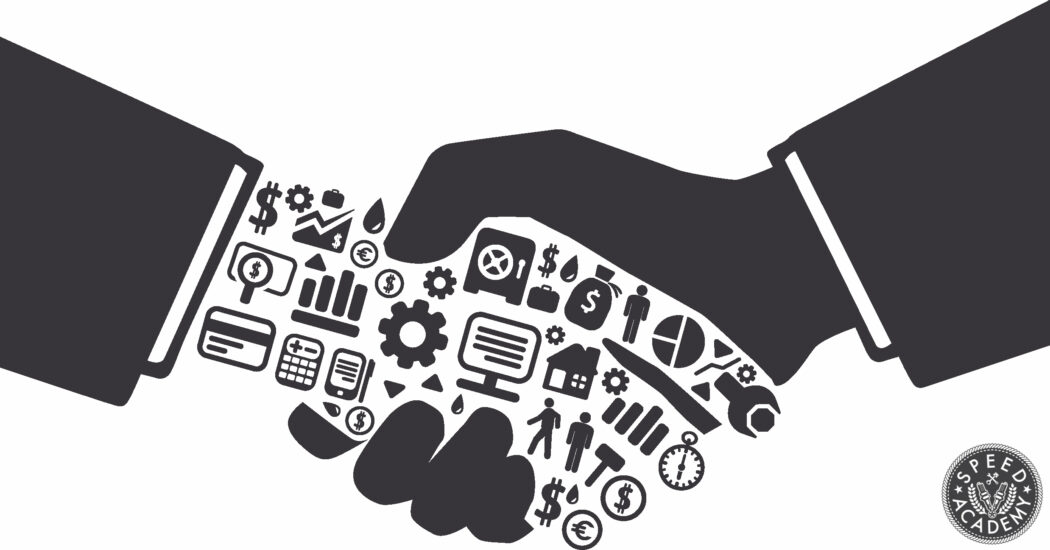 With my disorder, partnerships can be tough in a few different ways. For one, I struggle to differentiate friends from business relationships. That can leave me in a vulnerable situation where I care about them more than myself. If I am in a down mood and in my head, deadlines don’t matter and I miss events, I feel awful that I missed an event for my partners or that an article didn’t get out in time because I physically couldn’t do it.  This also leaves me with my feelings hurt when things don’t work out and we go our separate ways.

One time, I’ll never forget, I went to Facebook for support. I made a status saying “How do you find motivation when you really don’t have it?” I was really just begging to talk to someone but didn’t know who. Then a sponsor of mine commented, “Why not do it for your sponsors?” I can tell he was pissed off that I would even be thinking such a thing. I really was begging to talk to anyone but I didn’t want to say it out loud and didn’t want to message anyone that didn’t want to be bothered. My heart sank and I just didn’t respond. I believe one of the good things about me going out and seeking help and knowing these things about myself is that I will never overpromise. In fact, I promise as little as I possibly can. In my HM moments, I go over the top with things that were agreed upon but better yet I do a ton of extra things. For example, I went through all of my sponsors Google pages and left a positive and honest review. On my normal days, I have a set schedule that I follow and I automate as much as possible. That way when my down days come, I still have things being posted that I don’t have to physically do. 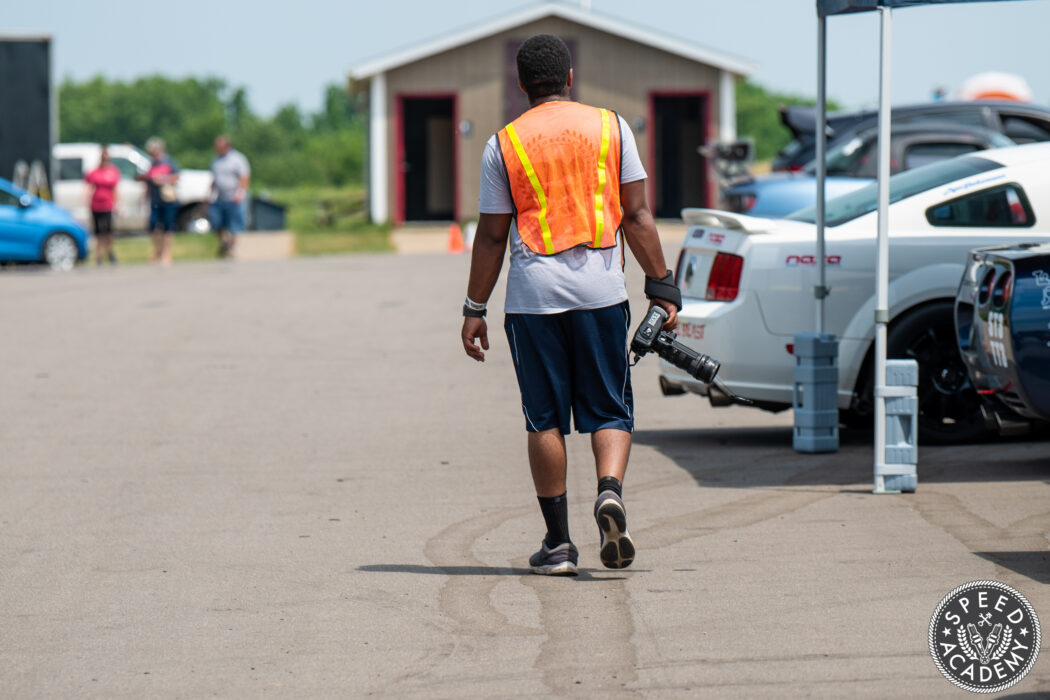 Well, I’m glad you made it this far and it means a lot to me. I know, I know, everyone says that shit, but as you can see I’m not everyone. It honestly makes bad days tick more and more towards being an okay day. This was really tough to write, this is a level of opening up I never thought I would do, but I want anyone else going through something similar to know that they aren’t alone and that there’s help available.

There is no cure for bipolarism and there is also no way to prevent it. The only things that seem to work for me are to keep seeing my psychiatrist, take my antidepressants, and continue to try and control it. There is no right way to manage this either, one psychiatrist may have a different plan than the other. That’s why I took a couple of months to find one that I was comfortable with.

For my fellow track rats out there, the next time you say hello to me, please know that things might not be what I say they are, but I’ll always be happy that you took the time out of your day to say anything. As for me, I’m striving to be in the middle, to be “just okay”, and you know what? That’s alright. I’m not crying, you’re crying! Let’s talk about some race cars now, am I right?

We’re moving right along with our Targa Newfoundland Scion FR-S build and in this episode, we take a closer look at our new roll cage that Cyrious Garageworks built and…