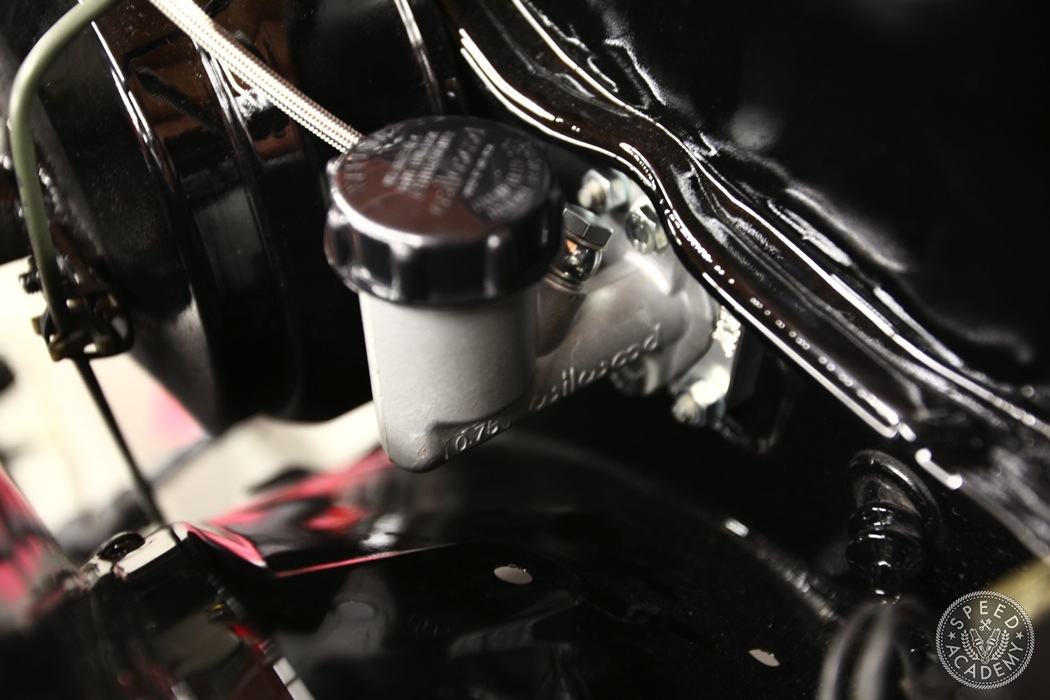 Now is a great time to install the Sikky Master cylinder kit. 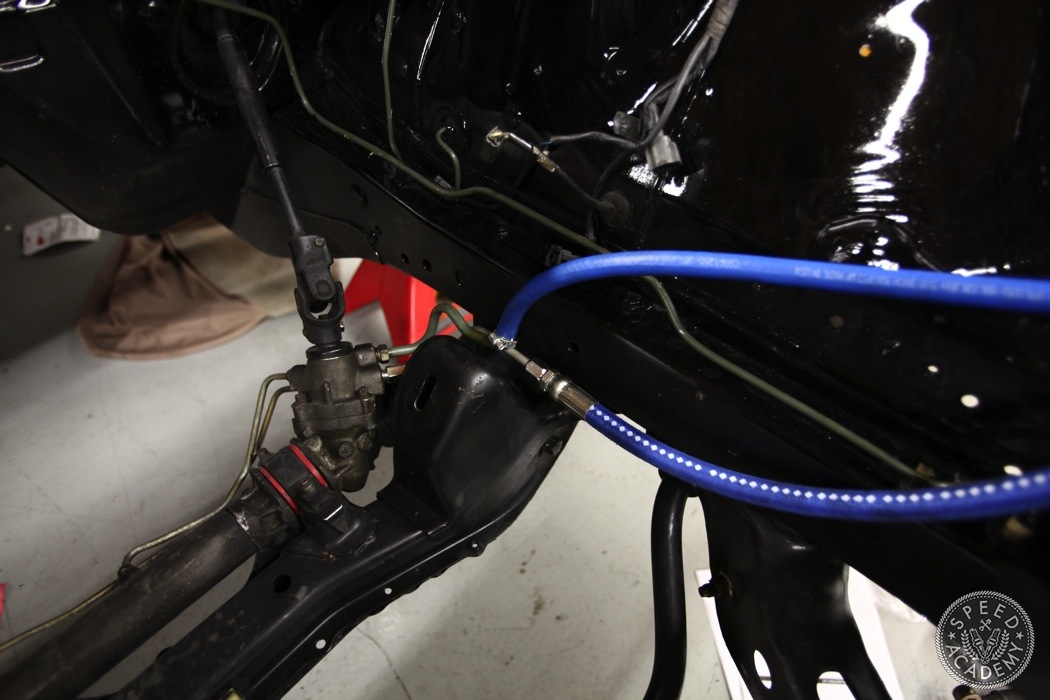 As well as the power steering lines. 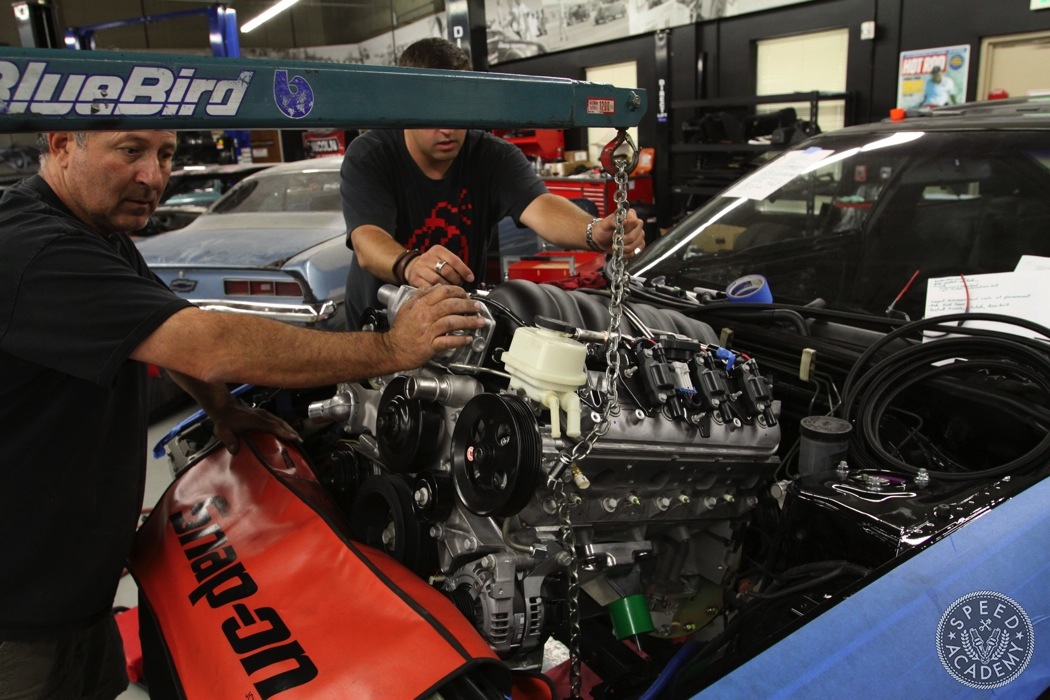 Take your time lowering the engine/trans into the bay because it’s an extremely tight fit. It’s best to have a few extra hands to push, pull and tilt the engine into place. Having had to pull the engine out a second time, I found dropping the subframe and raising the chassis was a better and quicker option so consider doing that. 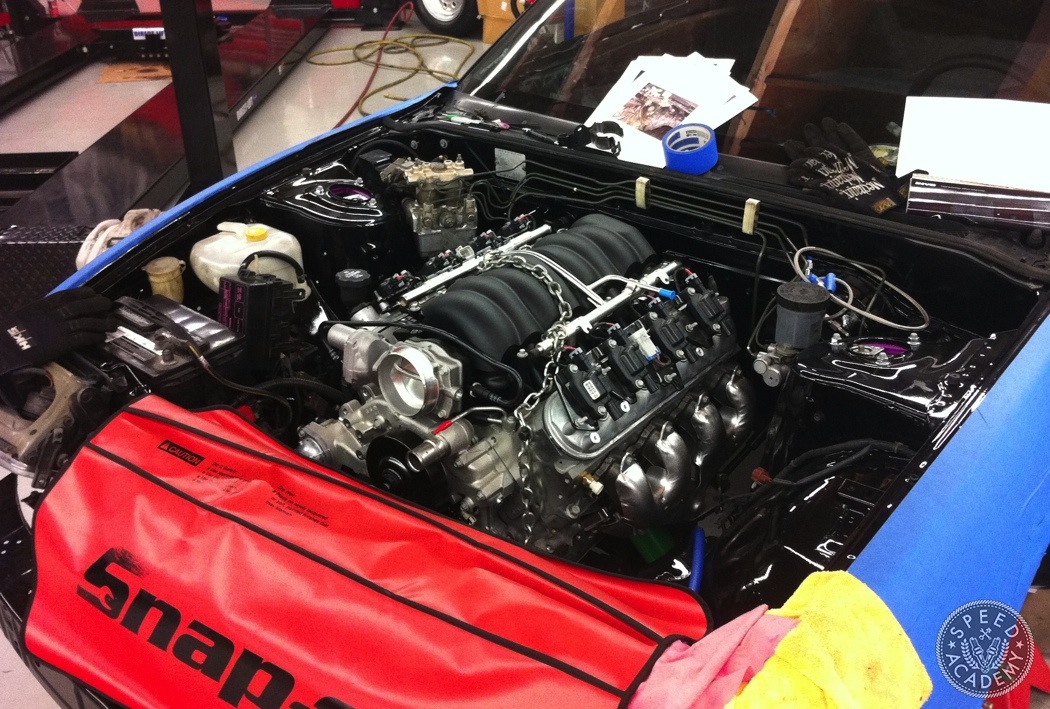 With the engine in place, fasten the Sikky engine and trans mount down and bolt the manifolds onto the heads. When you’re done take a moment to admire how rad the big, burly LS engine looks in the Nissan’s bay. Don’t stare at it for too long, we’ve still got lots of work left! 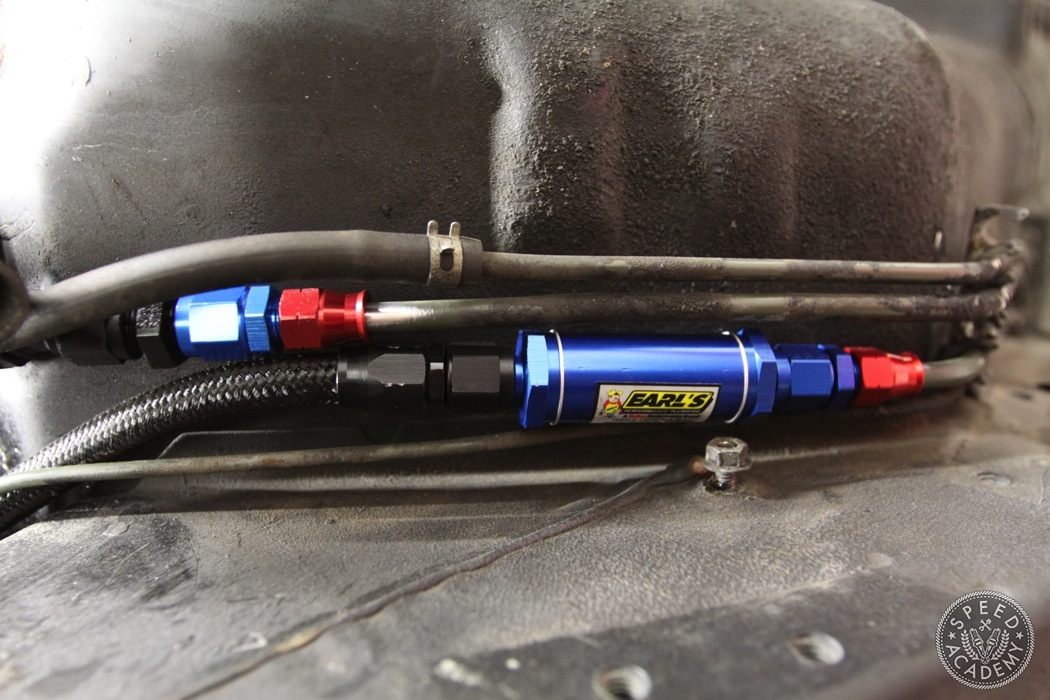 Next task, supplying fuel to the engine. As you can see, I used the existing S13 hard lines and with some Earls adapter fittings that converted them to connect to -6AN fittings. That makes building the rest of the system out of AN lines and hardware possible. I’d stay away from the tiny Earls fuel filter that is shown because it’s too small to use for daily driving. Race car duty, maybe but not on a vehicle that will see day to day use. It plugs up too quickly. Instead use a proper sized filter like I showed in Part 1. 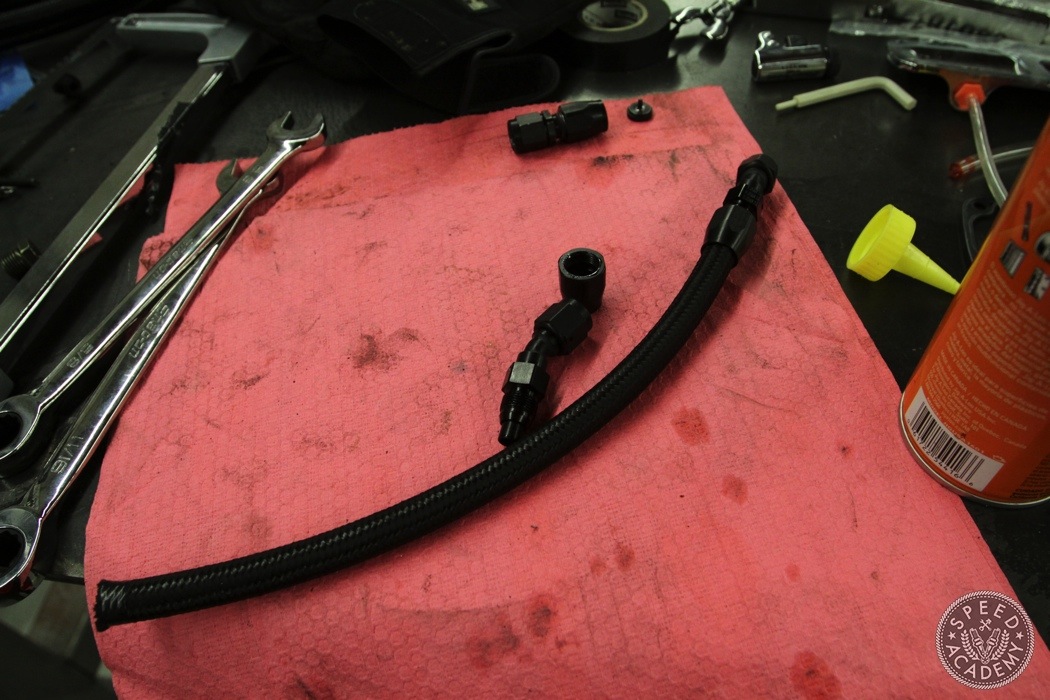 Earls fittings and lines are meant to be hand assembled so building custom lines isn’t as difficult as you think. Here the feed line is almost done, it’ll run from the Nissan hard line to the fuel pressure regulator. 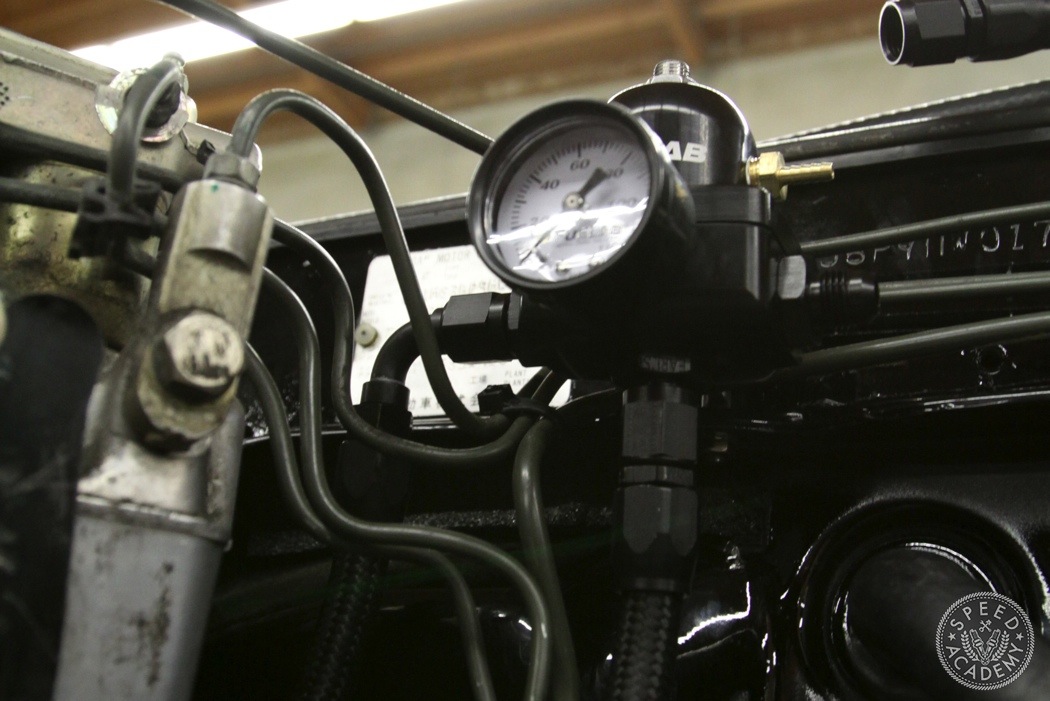 I mounted the Fuelab fuel pressure regulator right next to the ABS unit using a custom bracket that I quickly fabbed up. It was the ideal spot for easy and quick routing of both feed and return lines. 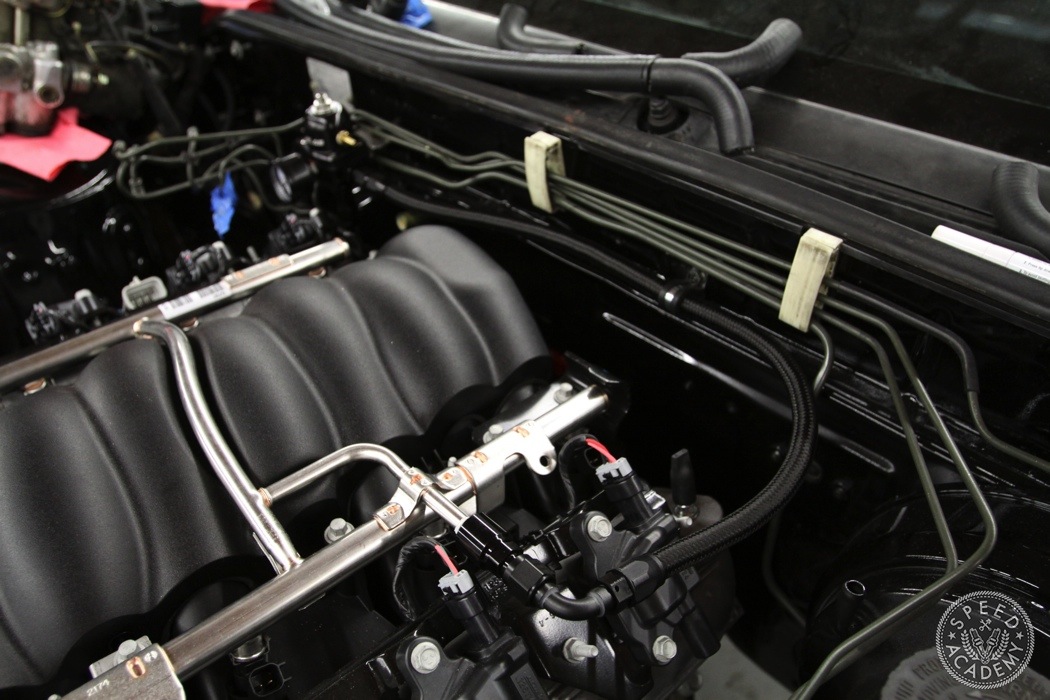 Next, the engine feed fuel line was built. I love the stealth like look to the Earls black fuel hose and fittings, they look practically OEM. 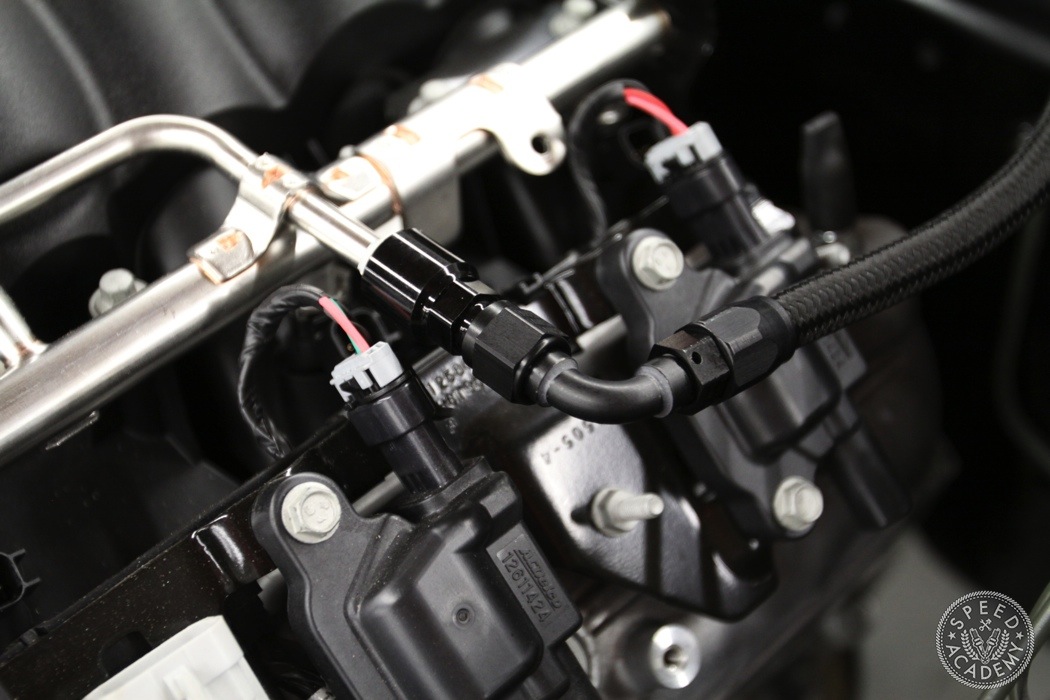 To mate the AN fitting to the GM fuel rail you need an adapter fitting. These are readily available and can be quickly ordered from Summit Racing.

I’m still jealous of how nice the paint is on this car! Someday lol.

Don’t do it! You’ll never want to drive the car anywhere. The days of me painting cars that I want to enjoy are over haha.

Just wondering where you can get the CTS-V accessories package at rather than piecing it together. I’m doing a similar build in an s14 and am having issues finding the accessories like power steering pump and o2 sensors etc. Thanks a lot

What happens when you want to have a parts hauler but don’t care too much for trucks, SUVs, or minivans? You go buy one of Germanys finest station wagons ever…