Most Porsche 911 turbos from the 80’s era were equipped with Porsche’s Bosch K-Jetronic Continuous Injection System (CIS) for the engines fueling needs. This system, in most cases is very reliable and runs well. However, once you get into modifying the engine thats where things begin to get complicated. The are many reasons why but that’s a story for further down the road in the build path of this 930 Turbo. However, Regardless whether you plan to stick with CIS or upgrade it to a more modern EFI setup you’ll still want to have an accurate way to measure the air/fuel ratio of the engine since it’s the lifeline for optimal performance. 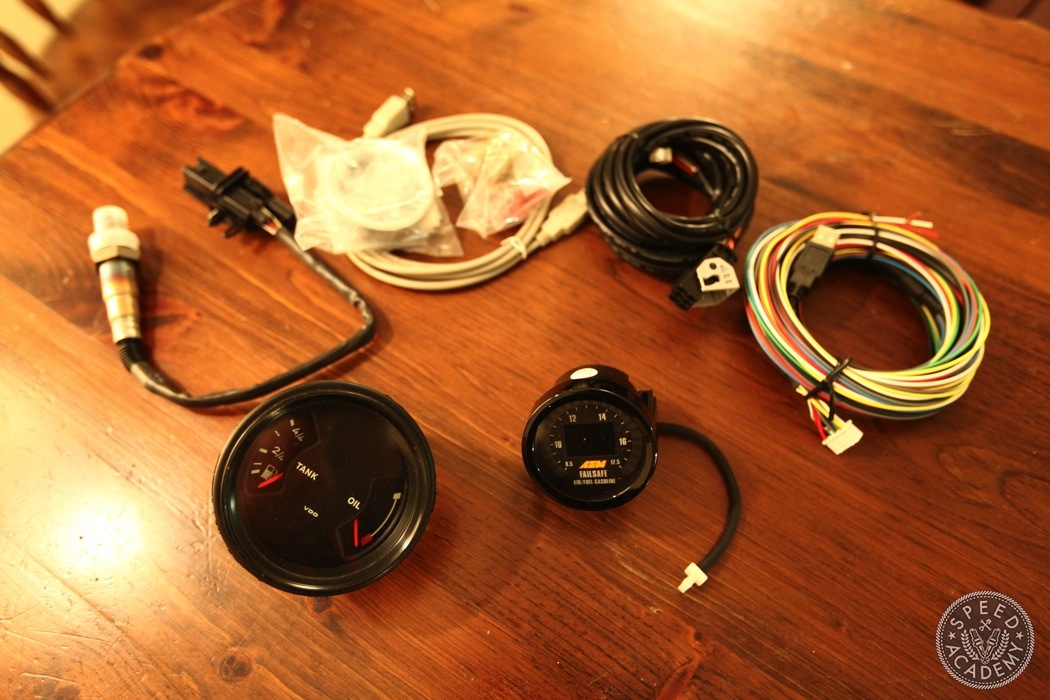 There are MANY air/fuel gauges and controllers on the market but AEM’s Wideband Failsafe gauge had me at hello with its ability to monitor air/fuel and boost in one display.

Of course, it has a host of other options like datalogging and a failsafe trigger, that when setup properly can activate a warning light, retard timing, cut boost and so on. It’s really much more than just a gauge! For my intended purposes though, I’d be using it as an air/fuel and boost monitoring device. Simple needs for a (somewhat) simple car. 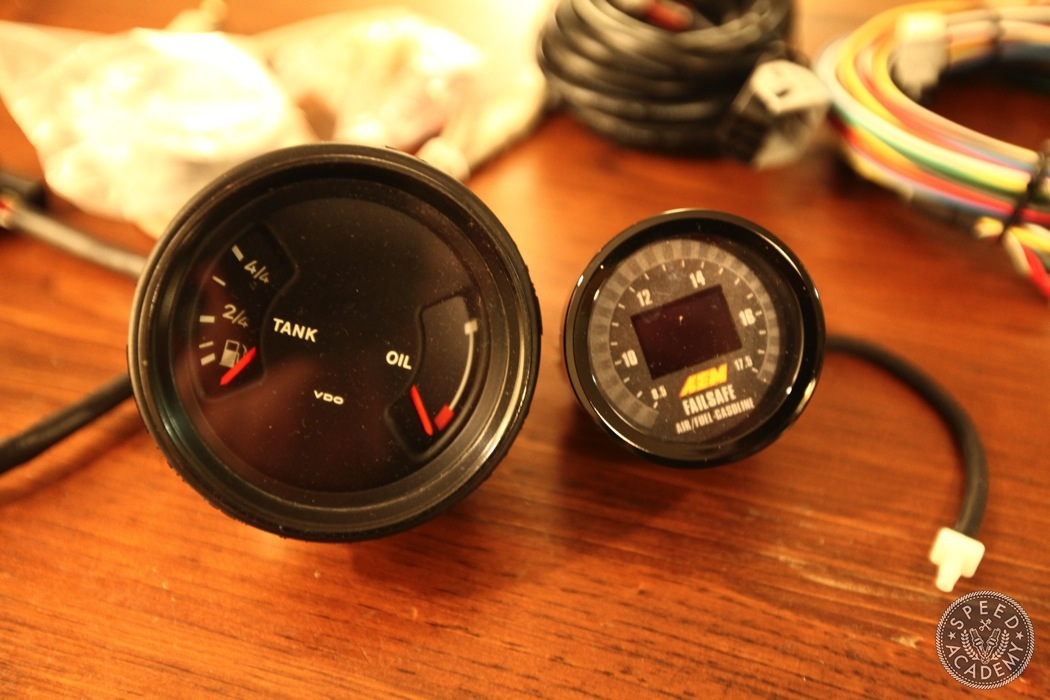 The first order of business was to figure out where to mount the gauge. I really wanted a stock-like appearance and fitment so what better place to put it than where a factory gauge resides.

Don’t worry, I wasn’t ditching the fuel and oil pressure gauge. I may look stupid but come on! Give me some credit. I bought a spare unit, this particular one off of eBay to gut and hollow out for the AEM Failsafe. 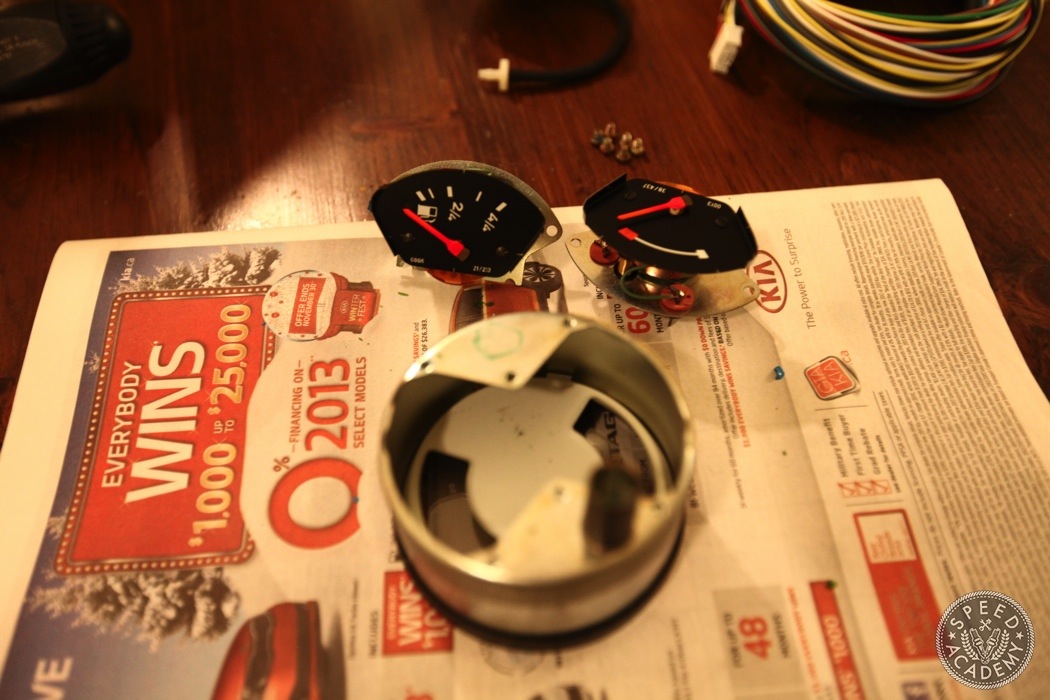 You’ve gotta love 80’s technology. Ever small and intricate part comes apart with relative ease. Trying doing this with a modern day gauge! Not a chance. 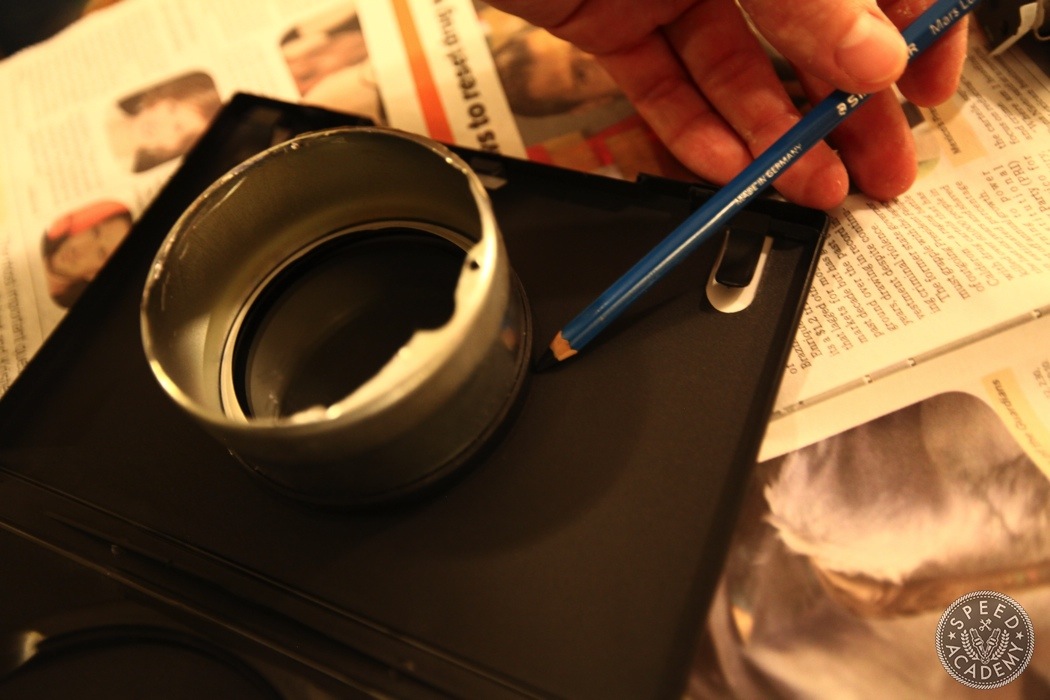 After gutting the gauge down to just the housing, a plastic DVD case would be the donor for the ‘ring’ that will house the AEM gauge and mount inside the housing. It’s low buck and what I had laying around the house plus the texture looks like most plastics found in automobile interiors. 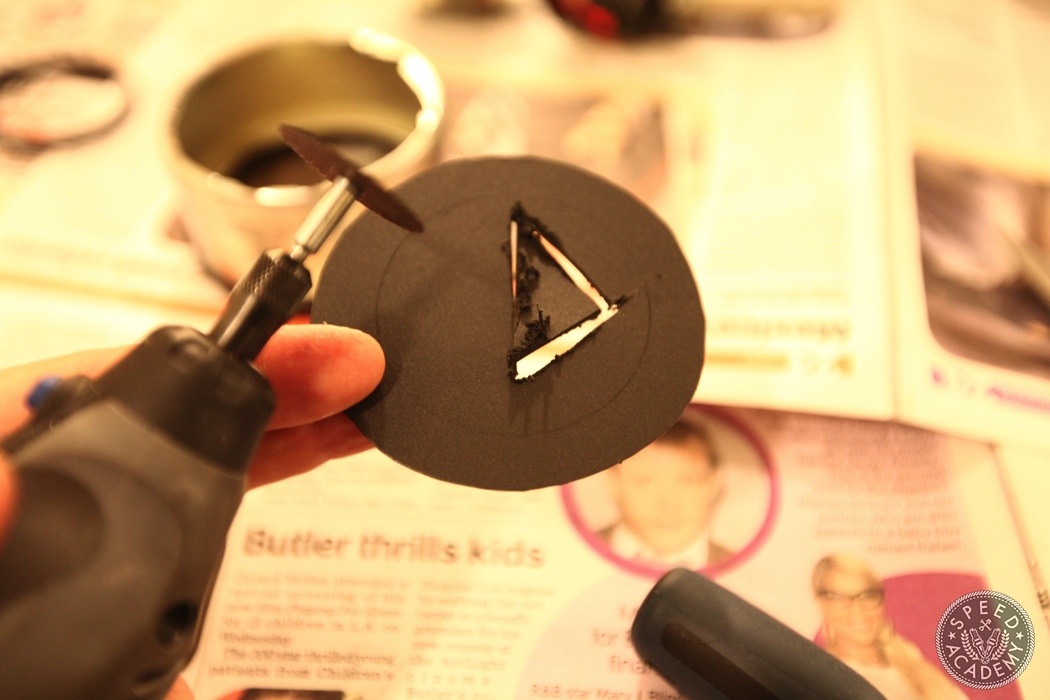 With the not-so-perfect circular cutout in hand, the inner section was measured to the size of the gauge face and a Dremel tool took care of the rest. You can use a basic cutting tool like scissors but I love all things that spin and cut. 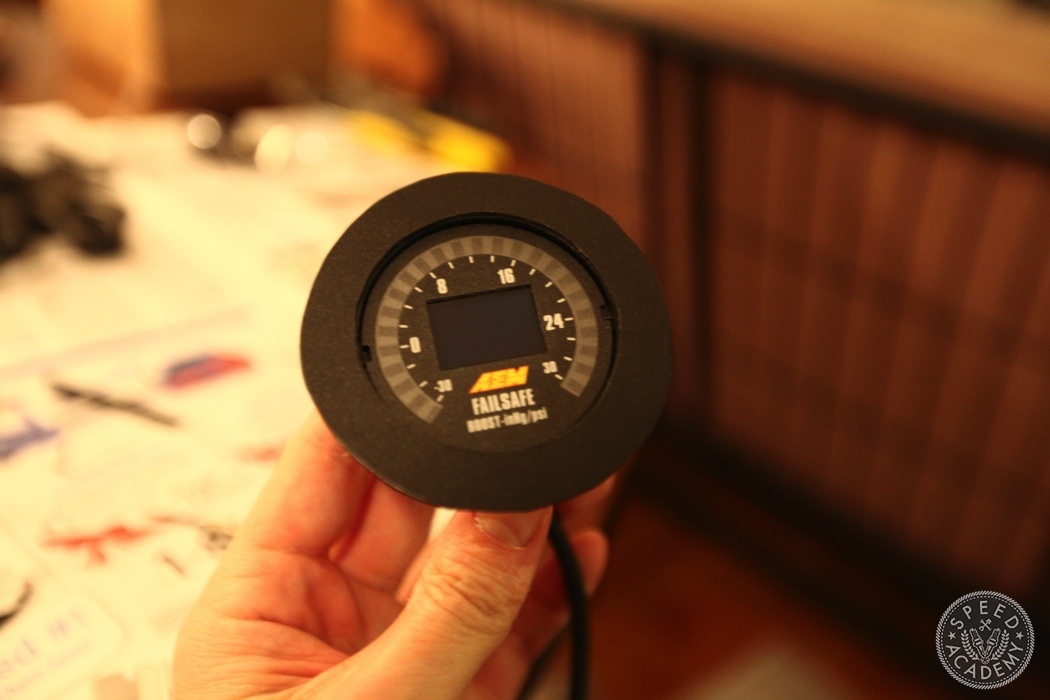 Some hot glue from the back side mated the plastic ring to the AEM Failsafe gauge. You don’t have to worry too much about the outside ring being perfectly symmetrical since the housing will hide the imperfects but the inner ring should be as precise as possible. Mine’s not perfect but it has character, lots and lots of character. 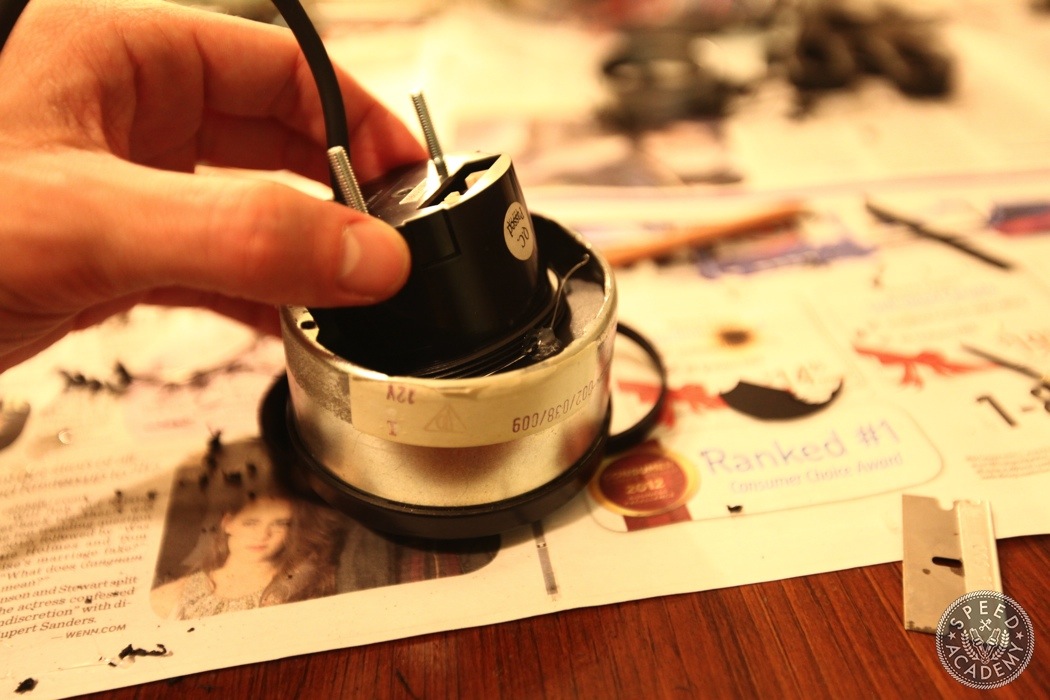 It’s going to be a tight fit so slowly finesse the gauge and plastic face into the housing and eventually it’ll slip right in. That sounds way too sexual but so will this. Add some more glue to the back side and once you’re finished kick your feet up and relax. 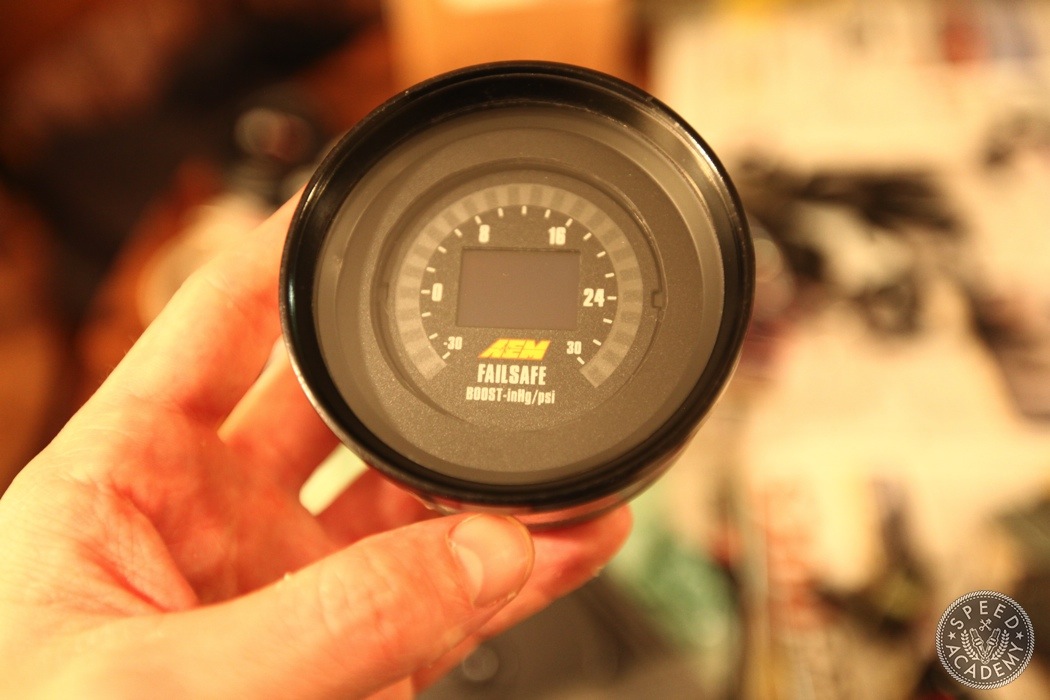 Because this is the result of all that hard work. It combines a bit of the old with the new and more importantly, gives you an accurate way to read boost and air fuel ratio!

How To Build A Datsun 510, A Lot:
Engine Swaps & Custom Everything Part 1

I own a car that people compliment me on, and I just don’t get it. Don’t mistake that statement for some self-righteous bullshit. I’m not being coy or overly humble…