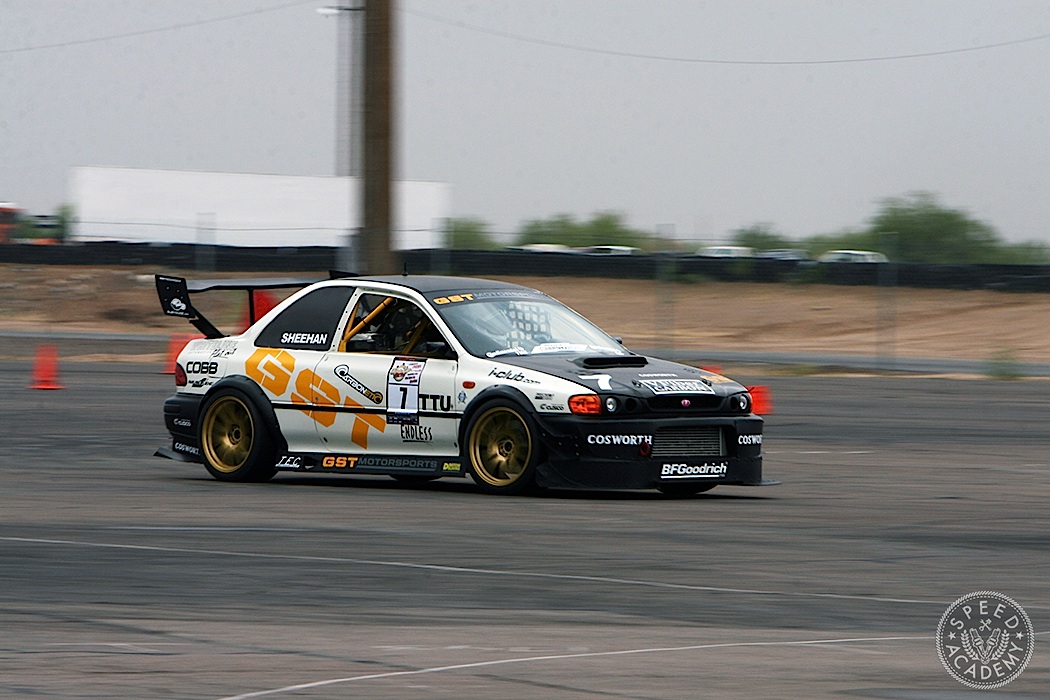 The GST L has come a long way since the 2008 Modified Tuner Shootout.

We’ve been long-time friends and fans of GST Motorsports, its owner and Chief Lunatic Mike Warfield, and his ageless GC Impreza L Time Attack machine. This car has gone through an amazing transformation over the years, starting out as a quicky build for the 25 Hours of Thunderhill, to winning 3 Modified Tuner Shootouts, to claiming the 2014 GTA Super Lap Battle Finals Unlimited AWD and Overall championships. Oh, and if that’s not enough, pro driver Jeff Westphal piloted the L to a new Buttonwillow track record in dramatic fashion, but more on that in a bit. 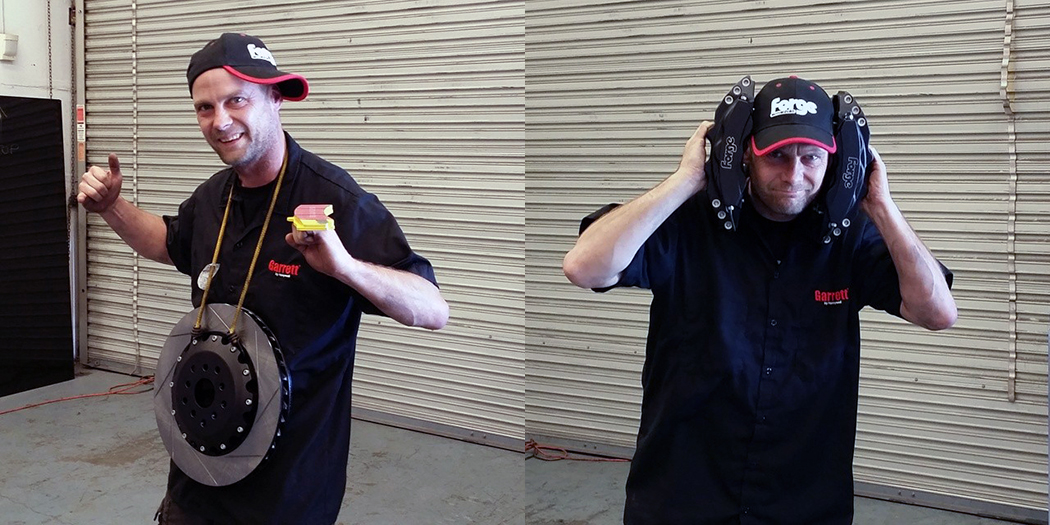 It’s been a long time since we’ve seen the GST L in action. In fact, it’s been a test mule and show car for the last two years, having suffered a massive engine failure and under hood fire at the 2012 SLB Finals at Buttonwillow (Warfield’s least favourite place on Earth, because his team has had nothing but bad luck at this circuit, at least until this year). 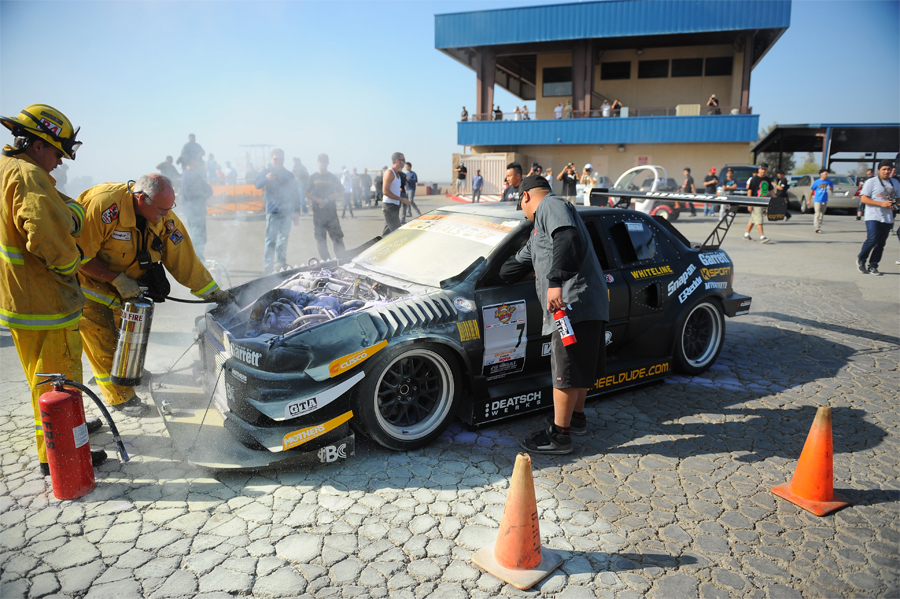 As Mike put it on his recent blog post, “As everyone knows, our last outing at Buttonwillow some 2 years ago was a little less than stellar, with the car deciding to chuck it’s number 3 rod through the block and subsequently blast the turbo and uppipe with around 12 quarts of oil and catching the car on fire on its very first lap. If I’m being honest, the damage outside of the engine itself was very minor and we could have put the car back to what it was inside of two weeks. We discussed that route, but I just thought that would be lame, as I had a number of things bouncing around inside my head that I wanted to do to the car that with no engine in the way made sense!” 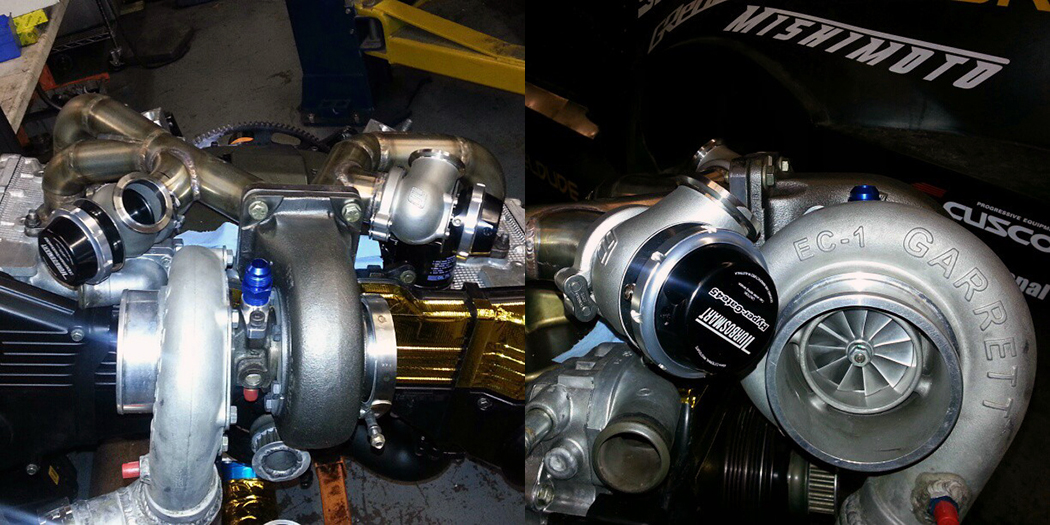 The rebuild began, according to Mike, with a list that included “rebuilding the entire flat bottom and framing (the existing flat bottom had taken a beating over the years), making the brakes actually work and not require the input akin to an international bodybuilder to stop the car, redoing the front end framing that supports the intercooler, bumper pieces and splitter, designing and building a real turbo kit (dumb Subaru’s and their 8 feet of piping) based around Garrett’s latest technology GTX4088r, and changing the fueling system to support north of 1000whp.” 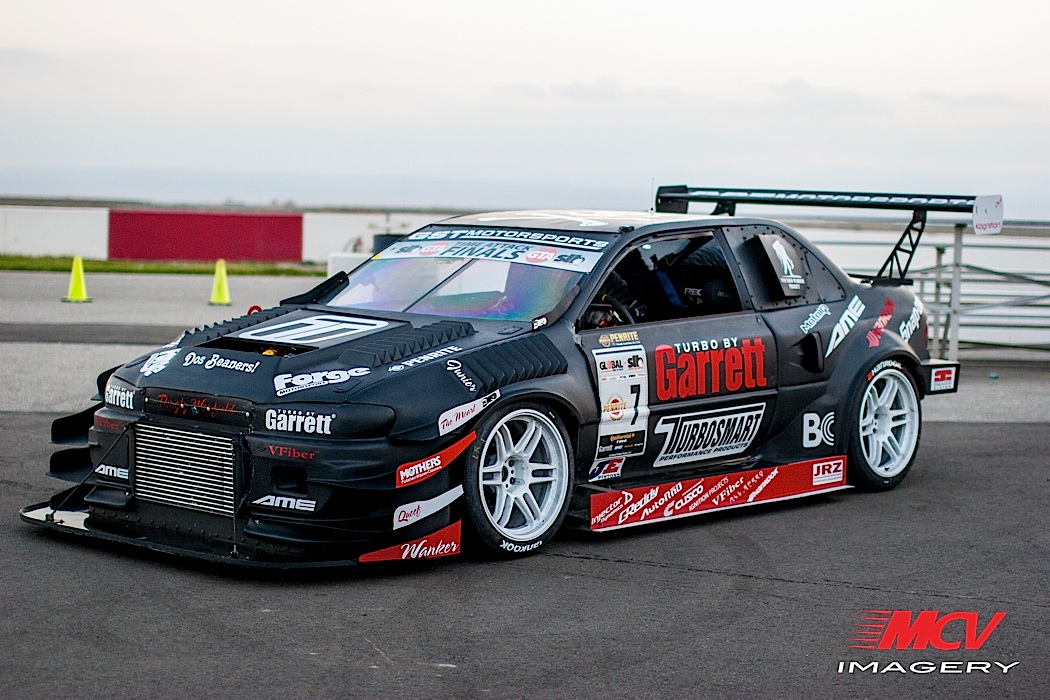 Although Mike may resemble a Leprechaun, he was unable to locate a pot of gold, so instead turned to his sponsors for the support he’d need to pull off the rebuild he’d envisioned for the L. This included the aforementioned GTX4088r from Yukio at Turbo By Garrett, Mike and Co. at GReddy for the intercooler core, Marty at Turbosmart USA for waste gates, blowoff valves,  some fuel related goodies and a ton of Penrite racing fluids, Mike Kenney and Brad Ratcliff for the turbo manifold, Chris Rado and the whole World Motorsports crew who let Mike steal their old scavenge pump and a few other goodies, Andrew at T1Race (Injector Dynamics) for fuel injectors, Kenji at Cusco for LSDs, Rishie at AutoRnD for the AME TM02 wheels, Dan at CCI for the clutch kit and spares, Brian at BC for new rods and crank, Sean at JE Pistons for the custom pistons, and Steve at RED for the block. As Mike put it, “I’m sure I’m missing a few folks but this was about 2 years ago and given as I can’t remember what I ate for breakfast I feel somewhat OK if I don’t remember all of the exact details!” 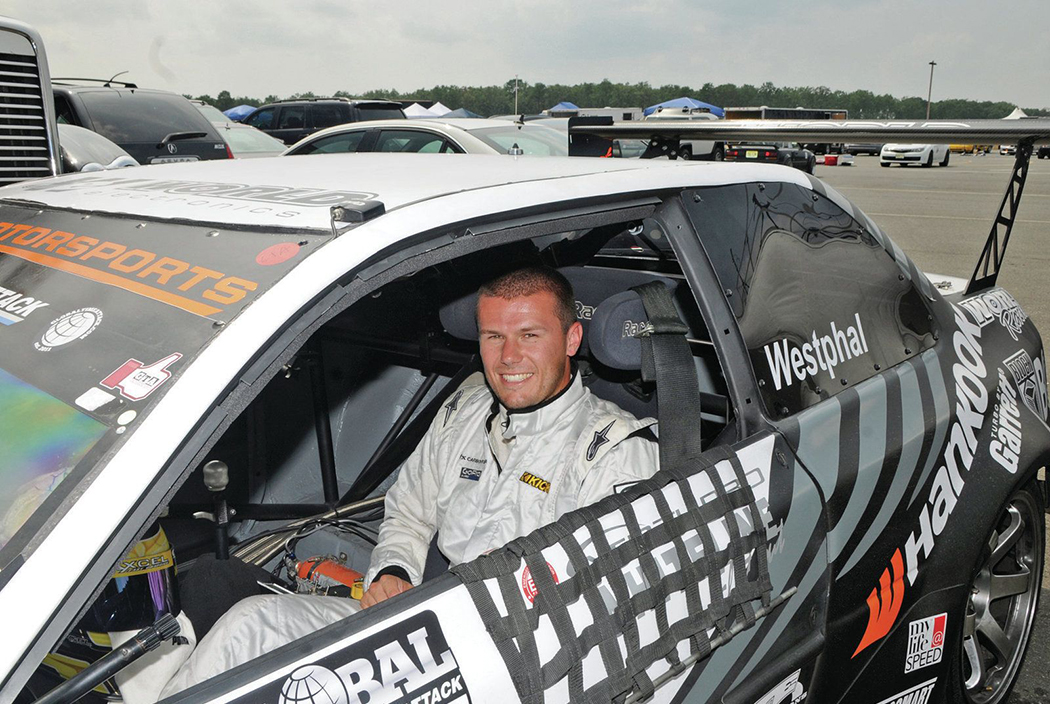 The next step in Mike’s radical plan was to actually do some pre SLB testing. Keep in mind, GST is a smallish tuning shop located in the Bay area of northern California, so these guys don’t normally book the track themselves for a private test day like the high rollers often do, but Mike splurged and booked Buttonwillow the Wednesday prior to the event (11/5). As Mike told us, “Oh shit, I nearly forgot another modification of significance during our absence. Our driver Jeff Westphal tied the knot with his long time girlfriend Brianna, the reason I only remember this at this point is we moved the test day back one day as he was flying back from his honeymoon arriving late at night on Monday the 3rd.” 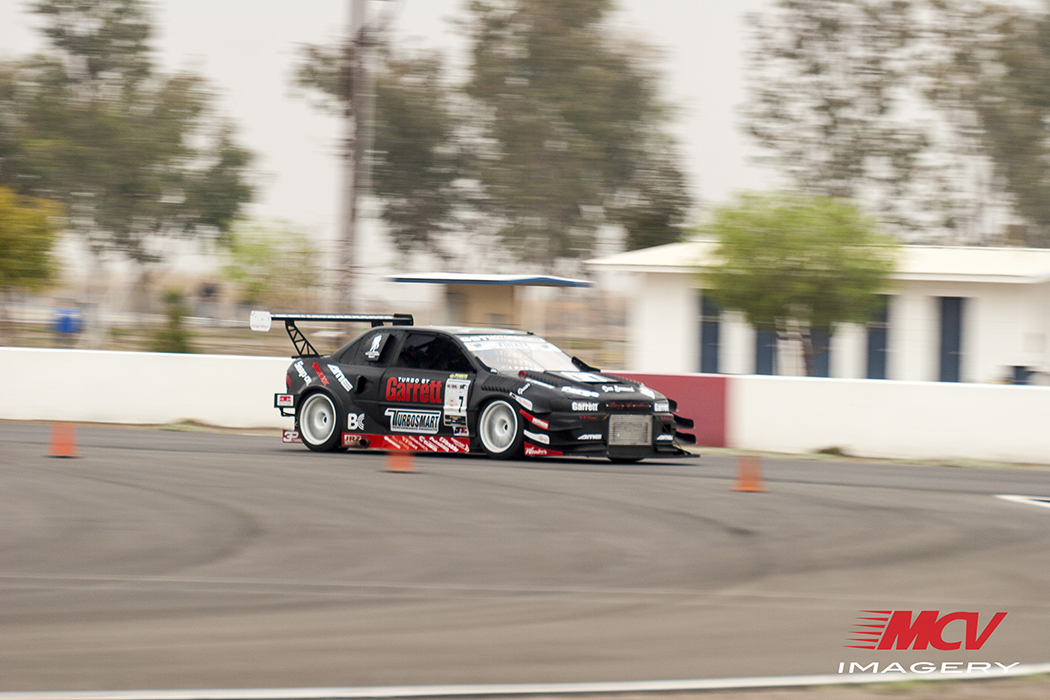 In typical GST @ Buttonwillow fashion, things didn’t exactly go as planned during their test day. According to Mike, “Jeff goes out to make sure nothing falls off and comes in stating the car is breaking up under any load. Bare in mind I have probably put around 400 miles of dyno time on the car testing turbos and such over the past year or so without a hiccup, so this strikes me as a little odd or perhaps the norm for us at Buttonwillow! After testing a few things out it became apparent this was not something we would be able to fix at the track and we had for sure clogged up our injectors [one of the few downsides to running e85 fuel] and even with our attempts at back flushing them the problem was not going to be something we could get any test data from the car without serious risk to the engine. A quick phone call to Andrew at T1 Race Development ensured we’d have a new set of injectors awaiting us at the shop the next morning.”