From Cadwell Park, to another well known British circuit, I booked onto a late-season track day at Donington Park with OpenTrack, my favourite track here in the UK, it has everything, including the famed Craner Curves. The day started well, fantastic autumn weather, and a fairly clear track. But as the day progressed my engine started to pressurize the cooling system, emptying the radiator and overheating the engine.

It wasn’t all bad, I had some great laps during the morning session, especially chasing this R26 Renault Megane.

With the car back home, I quickly tried to diagnose the overheating and loss of coolant problem. A sniff test confirmed my fears, combustion gases in the cooling system would suggest I’d cooked the head gasket. With a track day booked for a few weeks later at Silverstone, I nervously got on with my first cylinder head removal. 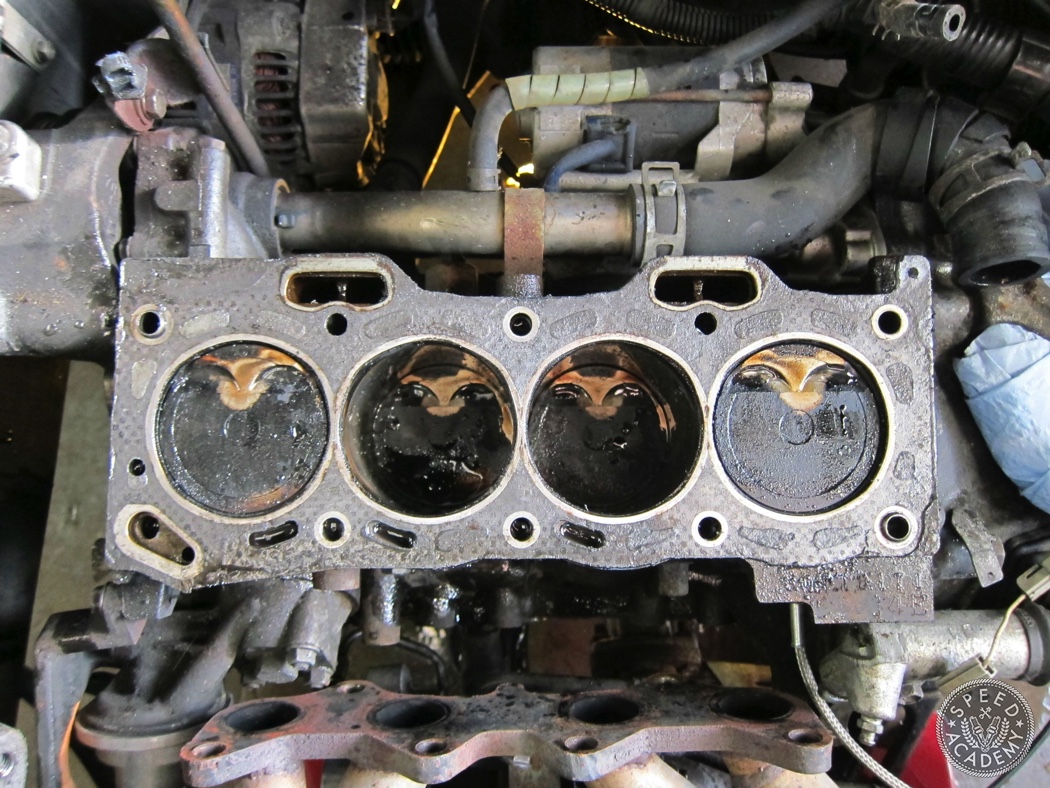 To my novice eye, the gasket looked a little tired but hadn’t blown completely. I decided to use this as an opportunity to upgrade the OE gasket with a JE Proseal MLS item, I’d also replace the water pump which was a bit of an unknown, and the OE head bolts with a set from ARP. Whilst waiting for the parts to arrive, I sent the head away to by pressure checked and made sure it was flat. 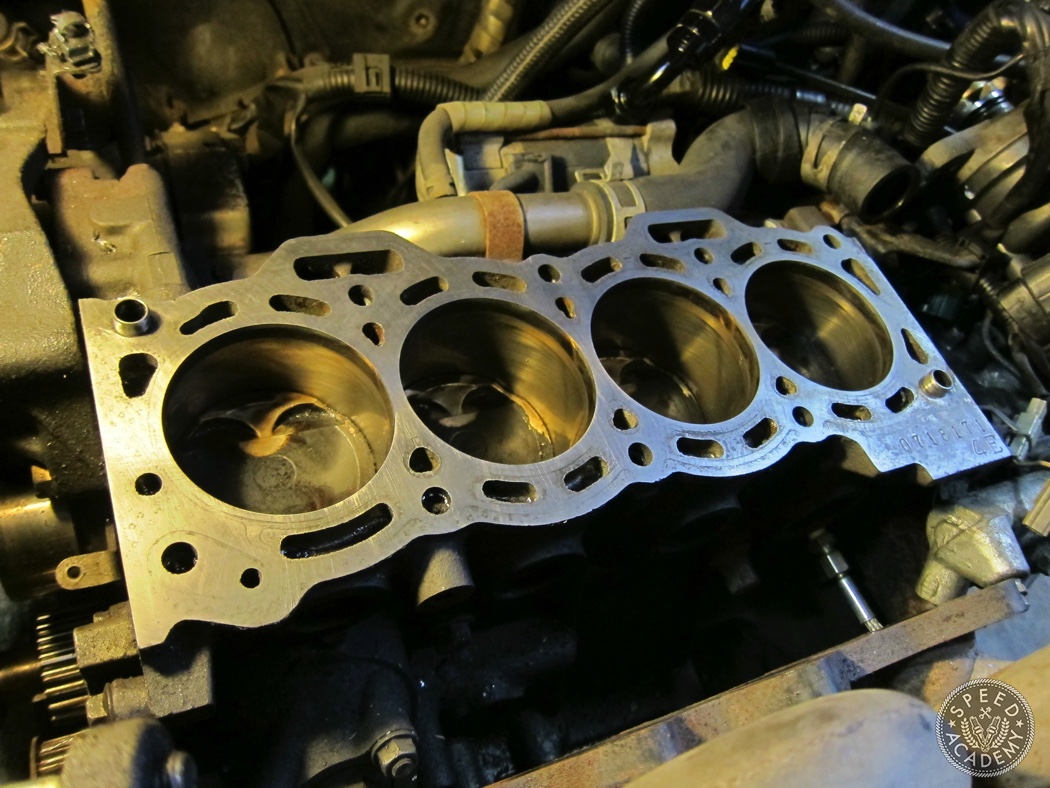 With the head back, I began to put things back together as best I knew how. This was a big deal for me, I’d bolted and unbolted bits to running engines on plenty of occasions, but removing a head or even just replacing a timing belt wasn’t something I’d ever undertaken before. I was nervous taking it apart, multiply that by a factor of 1000 for how I was feeling when it came to torquing the 10 head bolts to spec. 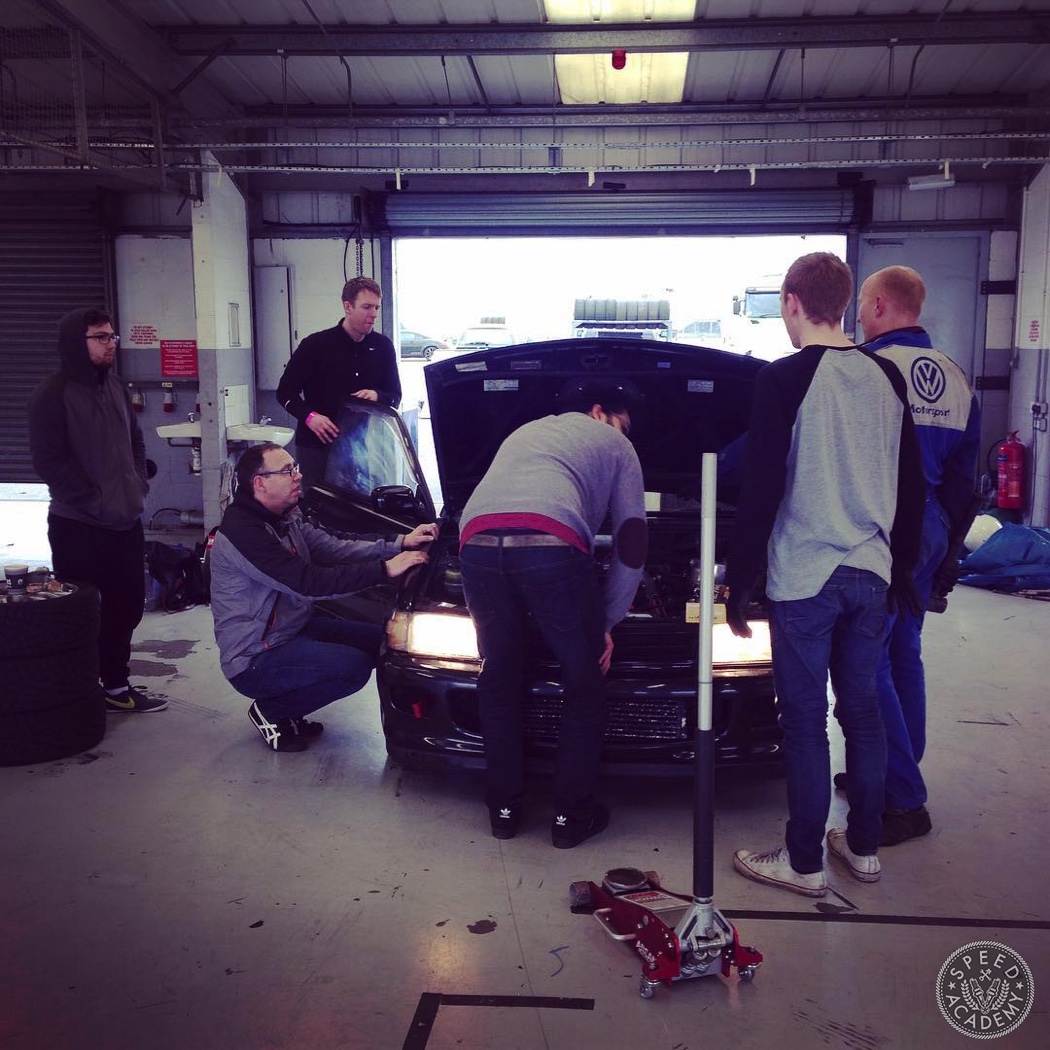 A couple of late nights and early mornings later, we arrived at Silverstone. The car would only last 6 laps before coming to a stop on the Hangar Straight. Crap. I was there with a group of friends who rallied to help me. It was determined that for whatever reason I had very little compression on cylinders 3 & 4. A later compression test confirmed this, and by little, there was none at all. Double crap. 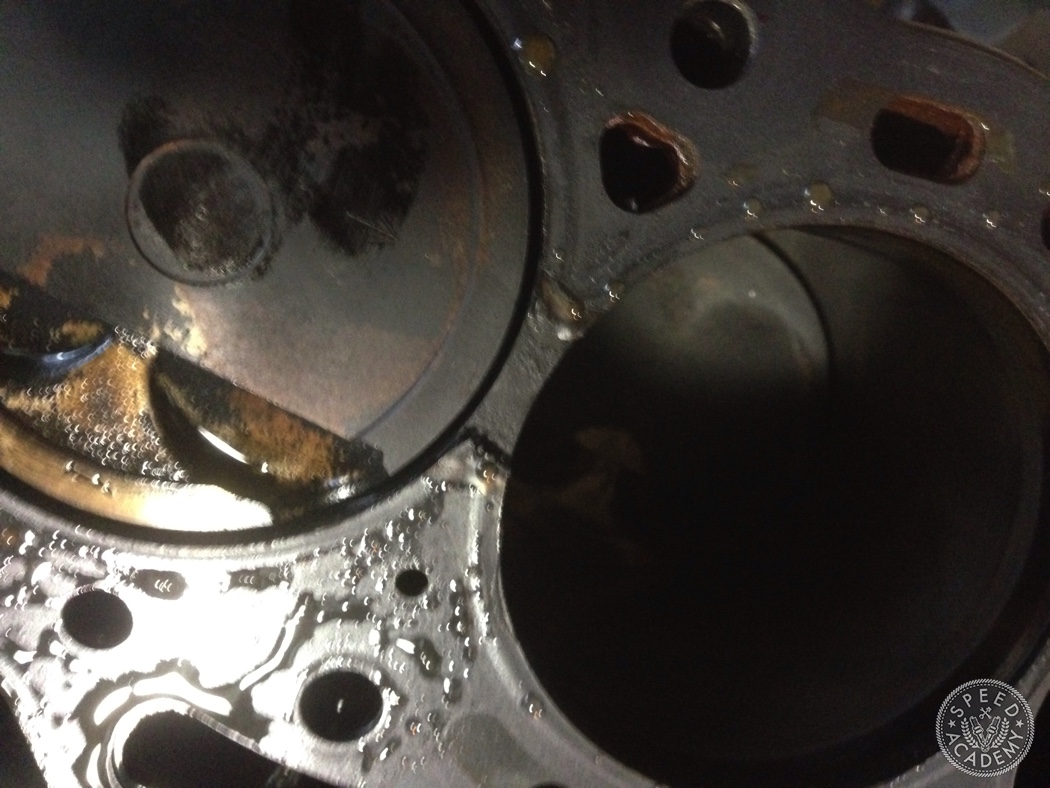 The following weekend I took the head off, I was an expert now, right? With it removed, it was pretty clear to spot the problem. 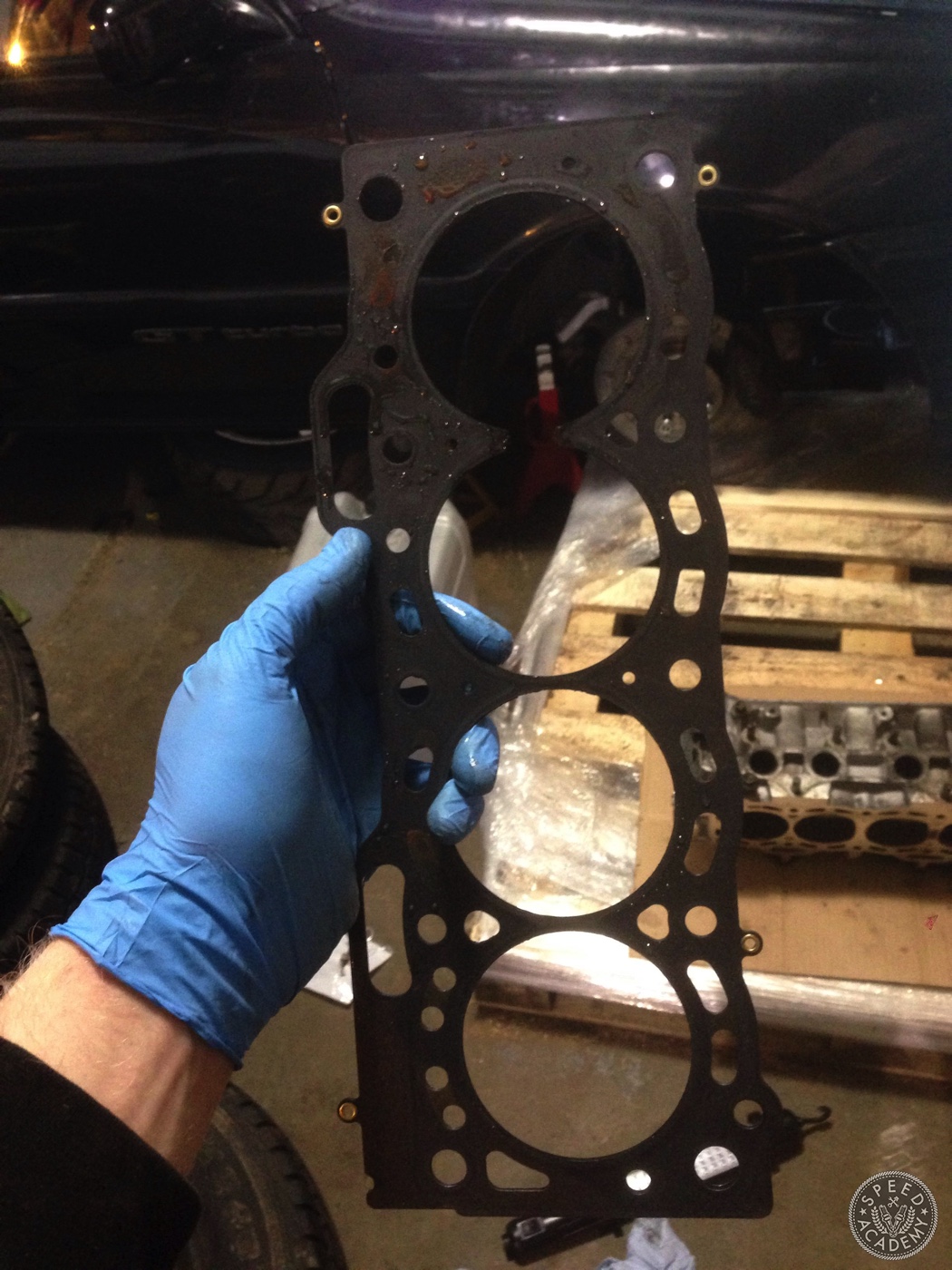 A completely blown gasket between cylinders 3 & 4. Not good. I continued to strip the engine and arranged to drop the pile of parts in at CAS Engineering for Craig to take a look and offer a diagnosis. Craig would find that the head hadn’t been finished well enough to suit an MLS gasket and that the block was also out of spec. Some machining, a head rebuild, new piston rings, and few other odds and sods later, Craig returned the now very clean pile of parts back for me to assemble. 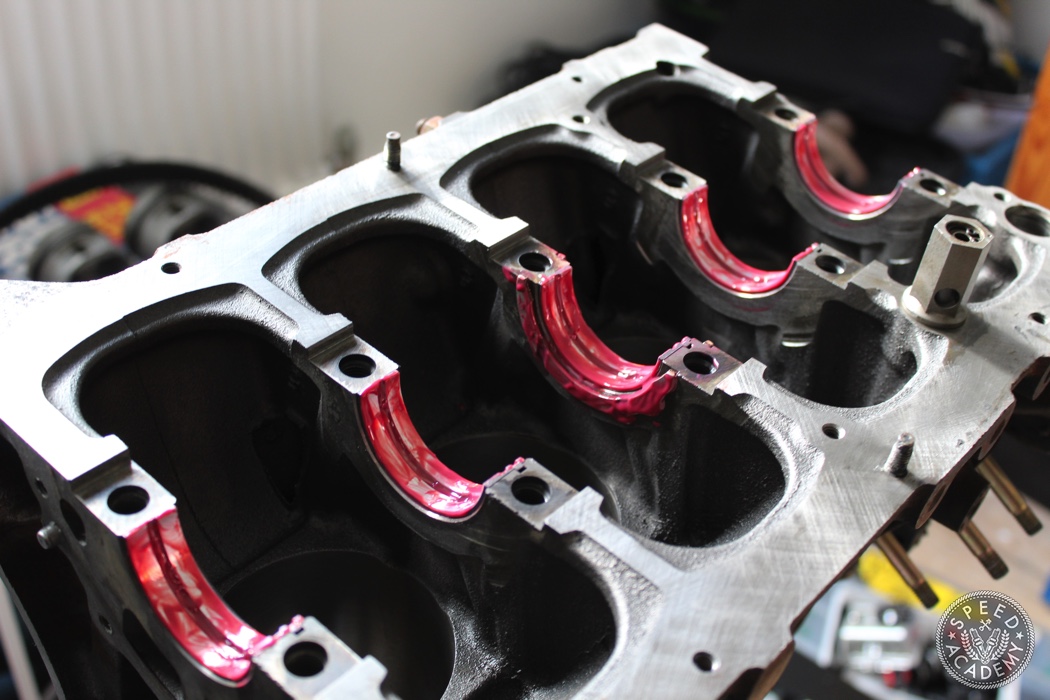 Out of the frying pan, and into the fire with this one. I’d gone from not really touching engine internals to now having a heap of parts that I had to assemble back into a working engine. Realistically, Craig had done all the hard work, he’d gapped the rings, re-seated valves, checked clearances, all the difficult parts. All I had to do was bolt it back together, what could possibly go wrong? 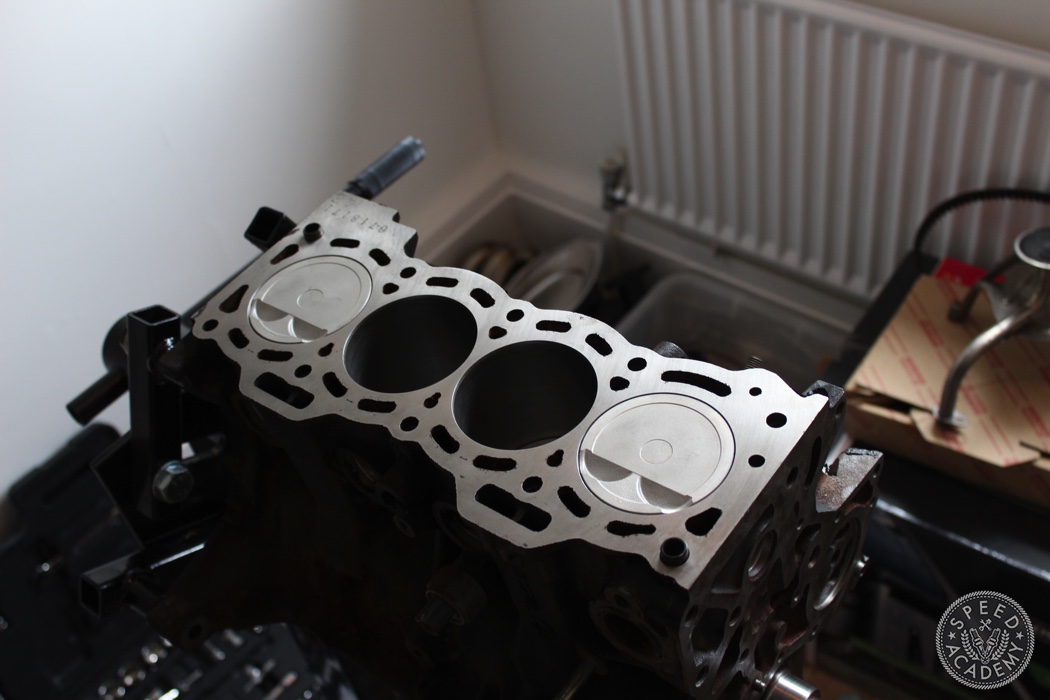 Some time passed, life began to get in the way of cars, and if I’m honest, nerves had gotten the best of me. Encouraged by friends, I pressed on, and almost a year later, I had an assembled short block.

While swapping an SR20 engine into a US spec 240SX is about as easy as engine swaps come in this day and age, one of the more frustrating portions of…