Turning boost down to go faster may seem counterintuitive, but the fastest way around a track requires delivering the right amount of power, at the right time.

At the heart of powertrain management are a few basic questions:

Once you’ve decided on a “safe” max power and torque level, start working backwards from there.

First we should consider the onset of peak torque. You may have noticed you can maintain grip in a certain gear if you roll into power gradually, but can’t if you stab the throttle all at once. You’ve likely also noticed that once a vehicle spins the tires hard, it doesn’t take much to keep them spinning. Conversely, you have to remove a great deal of torque to regain traction once you’ve totally lost it. With that in mind, let’s try to keep the tire under control in the first place, and save the smoke shows for donut sessions. 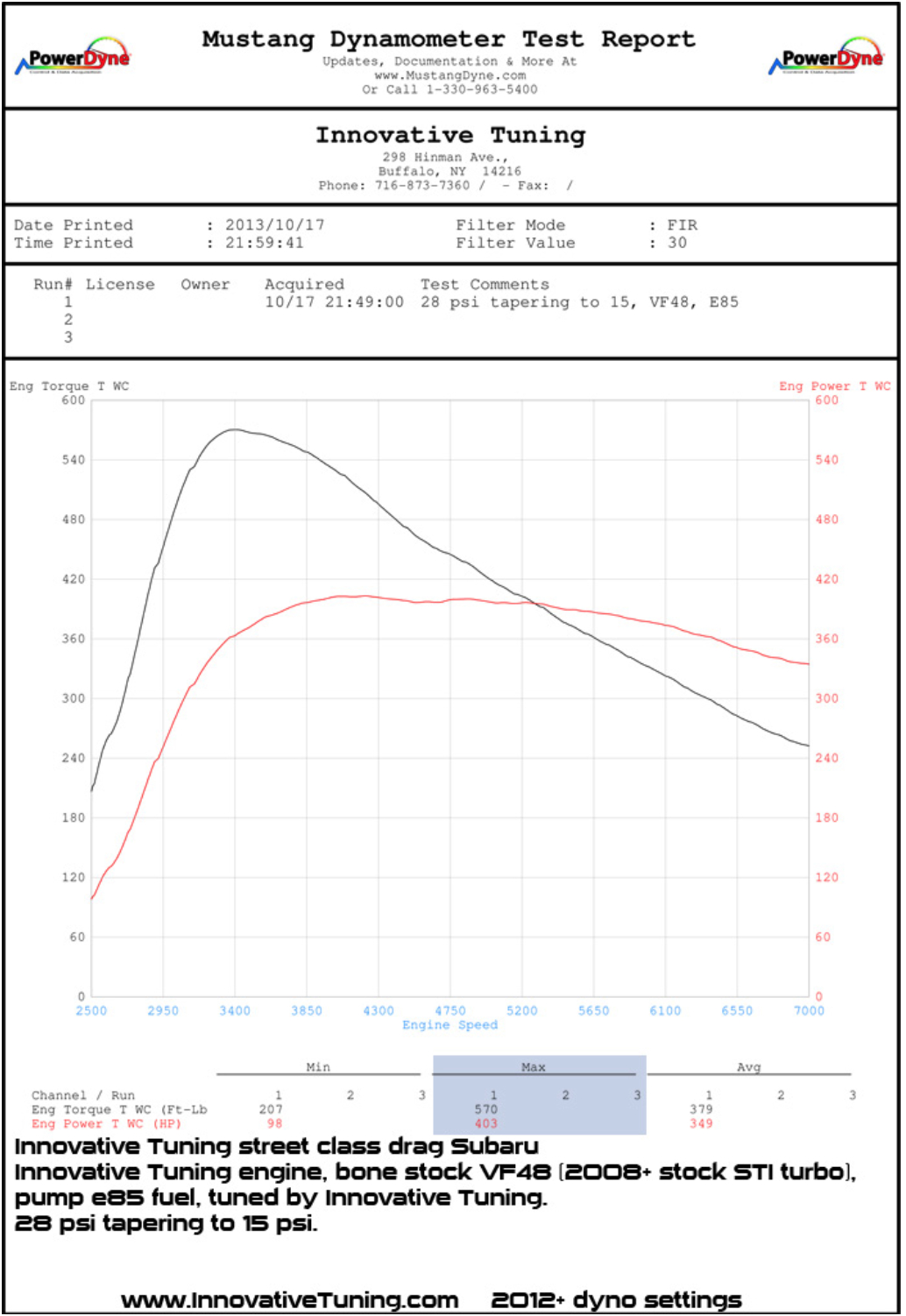 With a flat or tapering boost curve at near max potential of your turbo system, most turbocharged engines generate a torque curve which rises to a peak as the turbo spools, starts tapering almost immediately, then falls heavily at high engine speed.

In this extreme example, the turbo was run far beyond any measure of sanity, in order to break the Subaru stock STI turbo world record, trapping 124 mph in the quarter mile. 400 horsepower may not sound like a lot, but that massive jump in torque to almost 600 ft lbs which came on like a light switch had the slicks begging for mercy.

While this can provide a great seat of the pants feel when boost hits, it’s far more likely to break the tires loose than a torque curve which rolls smoothly up towards the peak value. In many cases you can get the tires to hold more torque than you might think possible by applying it in a more controlled fashion, rather than hitting the tire with all the torque, all at once. 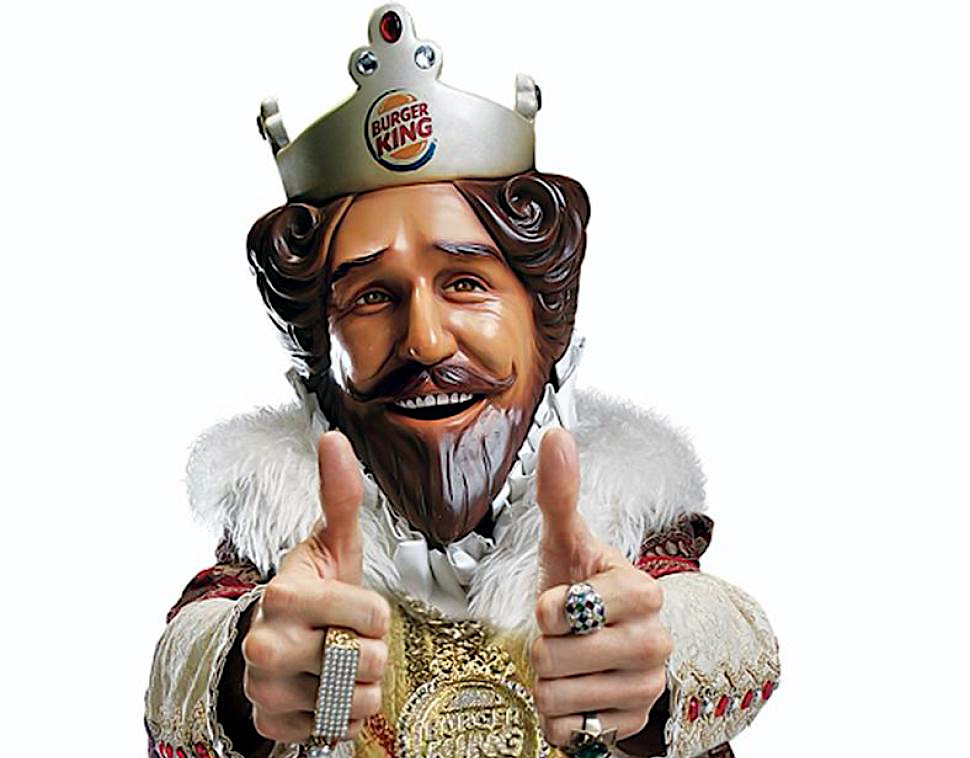 Supercharger aficionados often tout the drivability of their forced induction preference, and that comes back to the traction benefit of a flat or mildly increasing torque curve. Luckily for the turbocharged crowd, changing the shape of your torque curve is as easy as dialing in your boost curve, so you can have it your way.

Years ago when hot rodders were making boost controllers in the plumbing aisle at Home Depot, we had about as much control over the shape of the boost curve as we do on the weather. Simple manual controllers usually create a flat, or tapering boost curve as engine speed rises.

Electronic solenoids and modern engine management changed turbo tuning forever, giving calibrators the ability to make turbos dance to their tune. As I rushed to get my R35 Nissan GTR ready for Super Lap Battle at Circuit of the Americas, I compared my new setup to the stock baseline. The Boostlogic turbo kit with Garrett G30-900 turbos gets the party going early, outpacing the stock car already at 2500 RPM which is remarkable for a setup that can produce almost 3x stock power. It was quickly apparent I would need to reign this setup in. While a great deal of boost can be achieved at 4000 RPM, I’ve limited it from there until 8000 RPM so the car is equal parts fun/scary rather than feeling like a carnival ride that’s totally out of your control. I’ve tamed torque most in the mid range so I can use 4000-6000 RPM in technical sections and let the engine continue to redline on straightaways. Boost ramps up 10 psi from 4000 to 8000 RPM to achieve this torque curve. 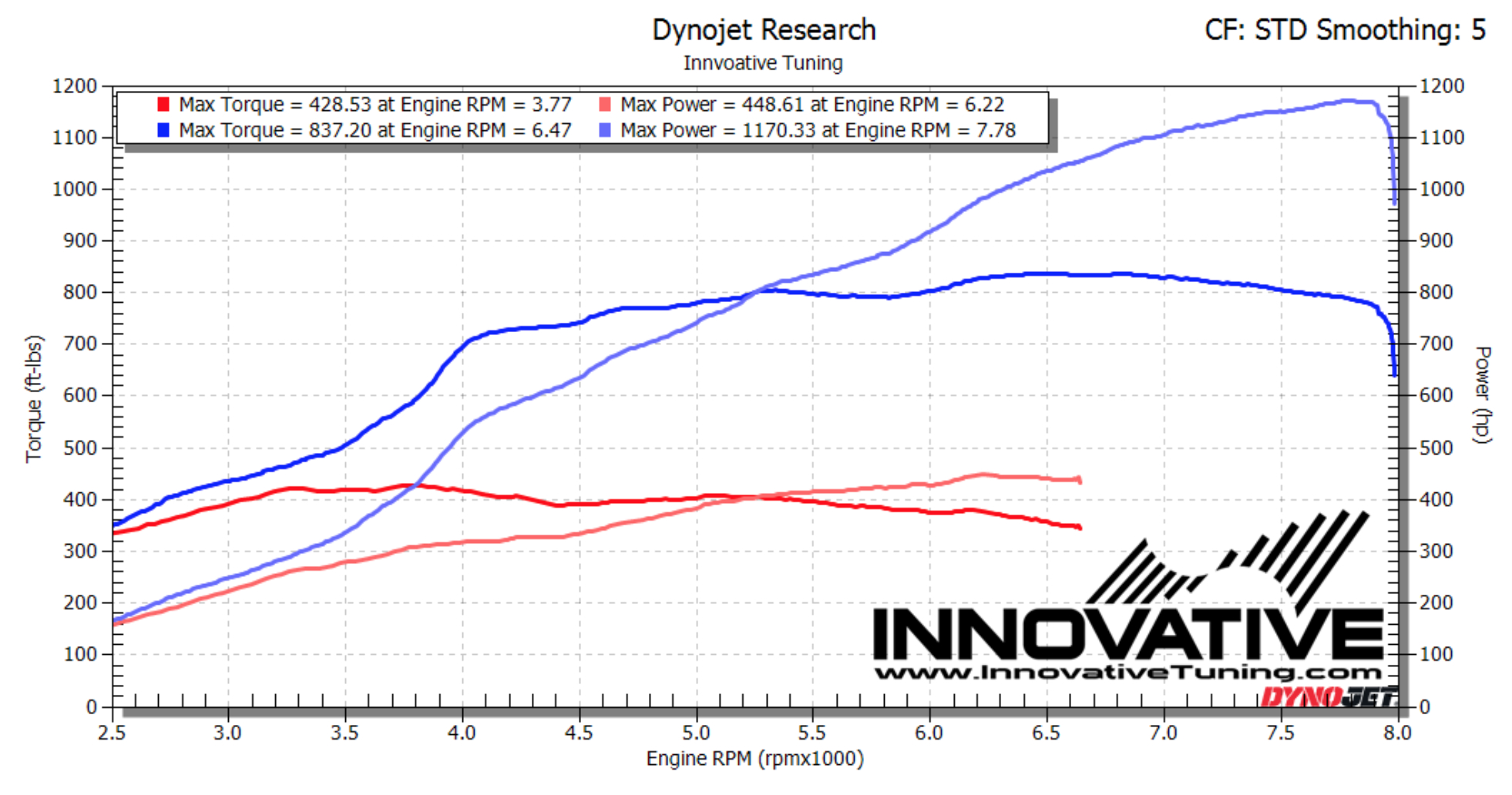 Can I put all that power down in 1st gear? Absolutely not and odds are you can’t in your vehicle either, unless your turbo is installed in the glove box and it’s just along for the ride. Without getting too far down the technical rabbit hole, gearing has a big impact on the ability of your tires to convert engine output to forward motion. 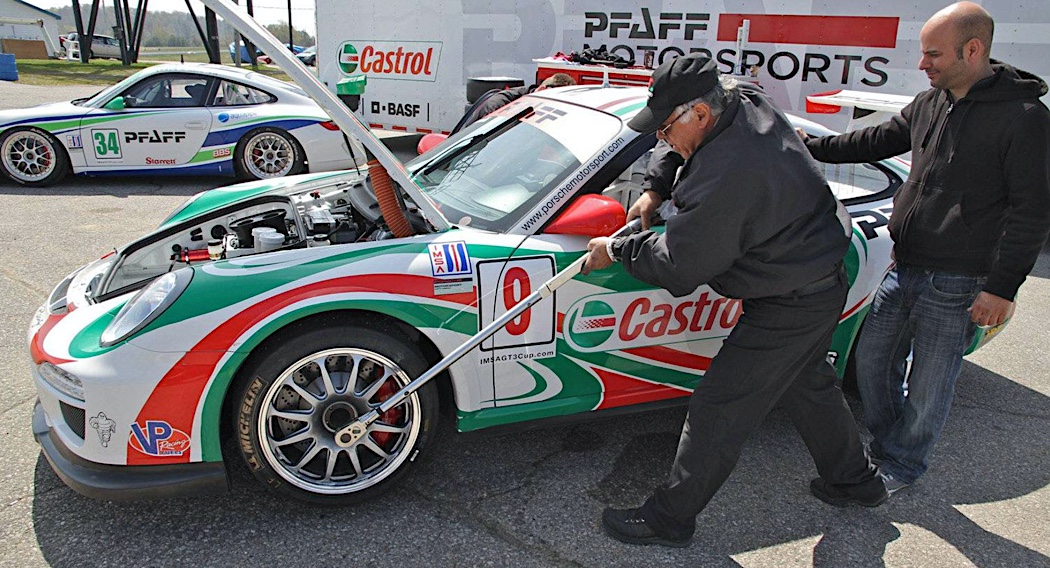 Try thinking of gearing like leverage. The higher the gear ratio, the greater the leverage, the easier it is to spin the tires. While your tires may be able to hold max power in gears 4-6, gears 1-3 may apply too much wheel torque for the tires to handle. By ramping boost up progressively in gears 1-3, you can get the right amount of tire slip for maximum acceleration, without smoking your tires like a stage 4 vape pen. 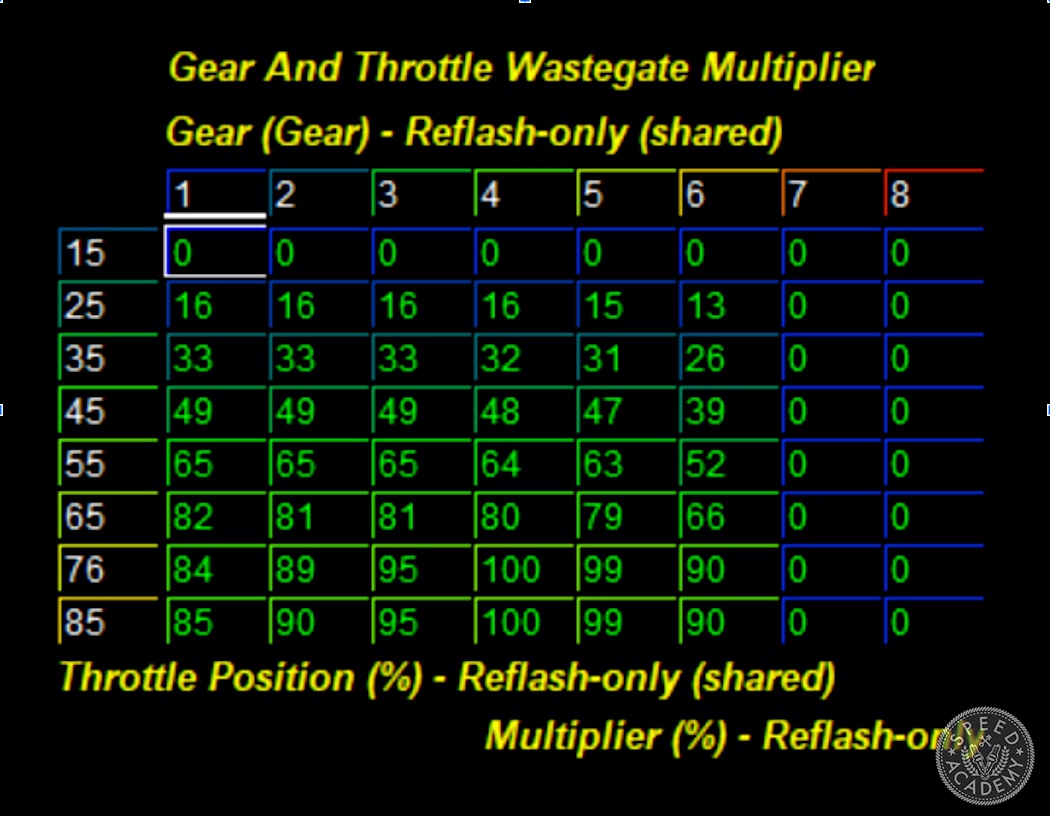 This example shows the wastegate duty cycle multiplier table for a Nissan GTR, which is based on throttle position and current gear. In this system (COBB Accesstuner Pro), the multiplier is applied to the main wastegate duty cycle table. For those not yet familiar, as wastegate duty cycle increases, the wastegate valve is kept closer to a closed position. The less exhaust energy diverted away from the turbine wheel, the faster the turbo spins, increasing compressor flow and resulting boost level. The values in this example were used to ramp boost up as the driver pushes the accelerator down further, so you’ll notice they increase from 0 at 15% throttle position, up to the highest values at 85% throttle opening (which is as far as these throttles open). The values in each column also vary so the tuner can run less boost in 1st gear (85% of max), gradually feeding more power in as you go through gears 2 (90%) and 3 (95%), until 4th gear has full boost (100%). 5th gear actually makes the same boost as 4th in this example, but due to the additional load on the vehicle, 5th gear requires a little less wastegate duty to get there, and 6th has been set conservatively to reduce boost for engine safety on long high speed pulls. At full throttle, with a 50% wastegate duty cycle value, the 85% multiplier in the 1st gear column would result in 50*0.85=42.5 wastegate duty. In 4th gear with 100% multiplier, the ECU would apply the full 50% wastegate duty (50*1.00=50), closing the valve on the wastegate ever so slightly more, to increase boost level.

We’re moving right along with our Targa Newfoundland Scion FR-S build and in this episode, we take a closer look at our new roll cage that Cyrious Garageworks built and…