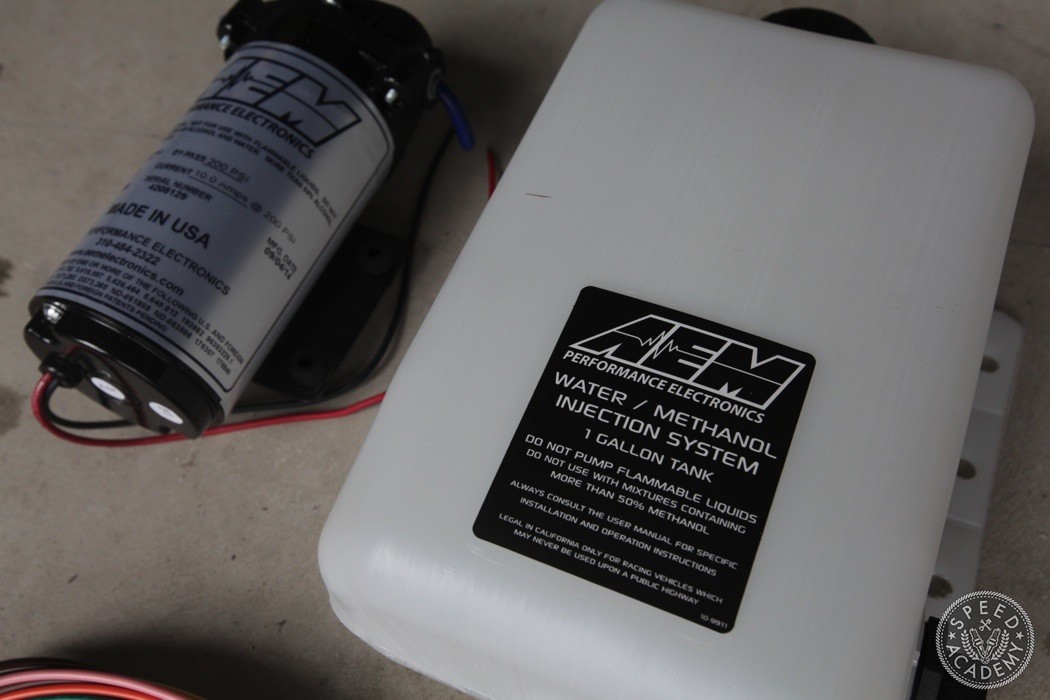 So you’ve got a fairly well-modded turbocharged car and it makes good power but you’re looking for more. Well, I’m here to let you in on a little secret known as methanol injection and how it’s going to put a big smile on your face.

Here’s what you need to know about methanol injection. It is by far the cheapest and most effective method of raising your fuel’s octane level and increasing detonation resistance. Think race gas but at a fraction of the cost.

As I’m going to show you big horsepower gains can be had and as an added bonus water/meth injection also cools the intake charge further aiding in power production and knock control.

There are many kits on the market but my two recommendations are from AEM Electronics and Snow Performance. Both companies offer well-engineered products with quality components and fail-safe electronics. 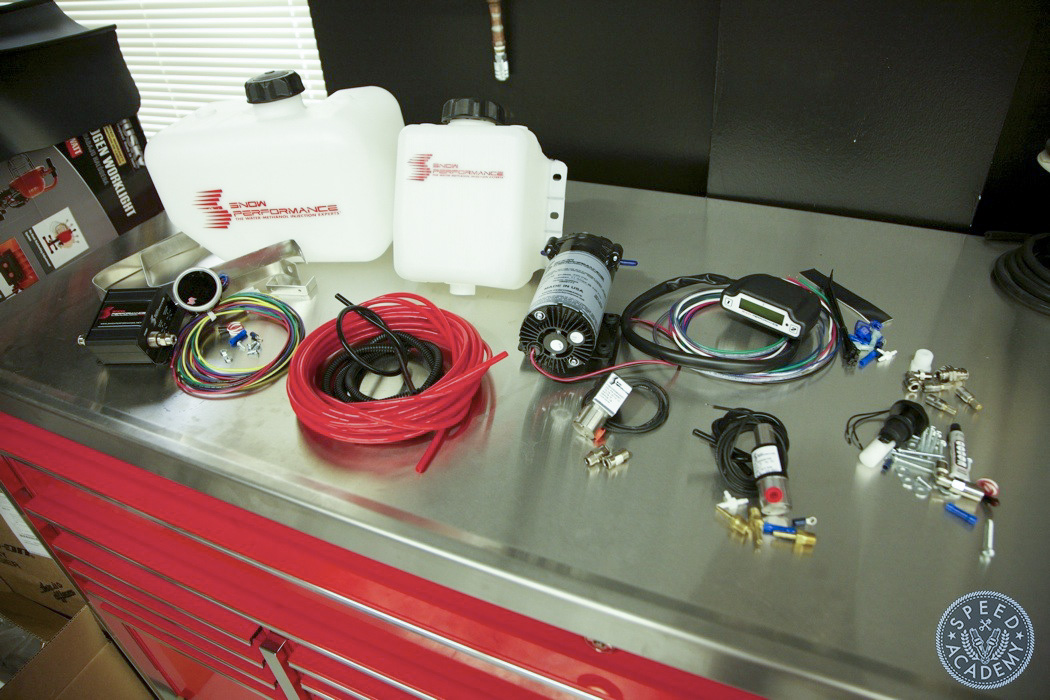 How come methanol is mixed with water? Simply put, it’s cheaper and still has very similar benefits as using straight methanol. It’s also non-flammable which is especially important since you’ll have a good amount of it in your trunk in a plastic tank. Clean methanol (no additives) is only available at race shops so companies like Snow Performance offer a premix version that can be ordered online. However, if you’re looking for a more budget conscious solution then Windshield washer fluid (Only the winter season kind thats free from any additives) can also be used but it’s 30% methanol and 70% water. Ideally, you want to run a 50/50 mix since it’s been proven to have the best cooling effect while maintaining excellent detonation resistance. 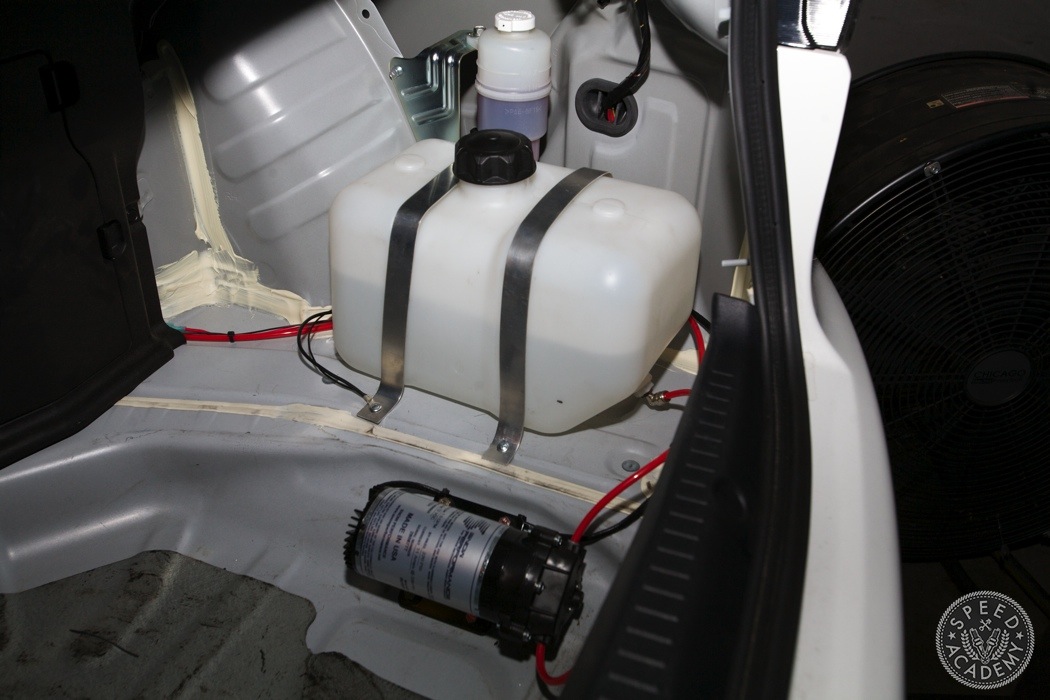 Are there any downsides? I wouldn’t say so, there’s slightly more effort needed for operation since most kits on the market come with 1-gallon or similar sized tanks and unless you’re willing to install a larger unit, refilling the meth/water solution may be more frequent than filling up your gas tank if you’re a heavy user. However, if you’re light on the throttle and stay out of boost during regular then it can be surprising how long the meth will last. 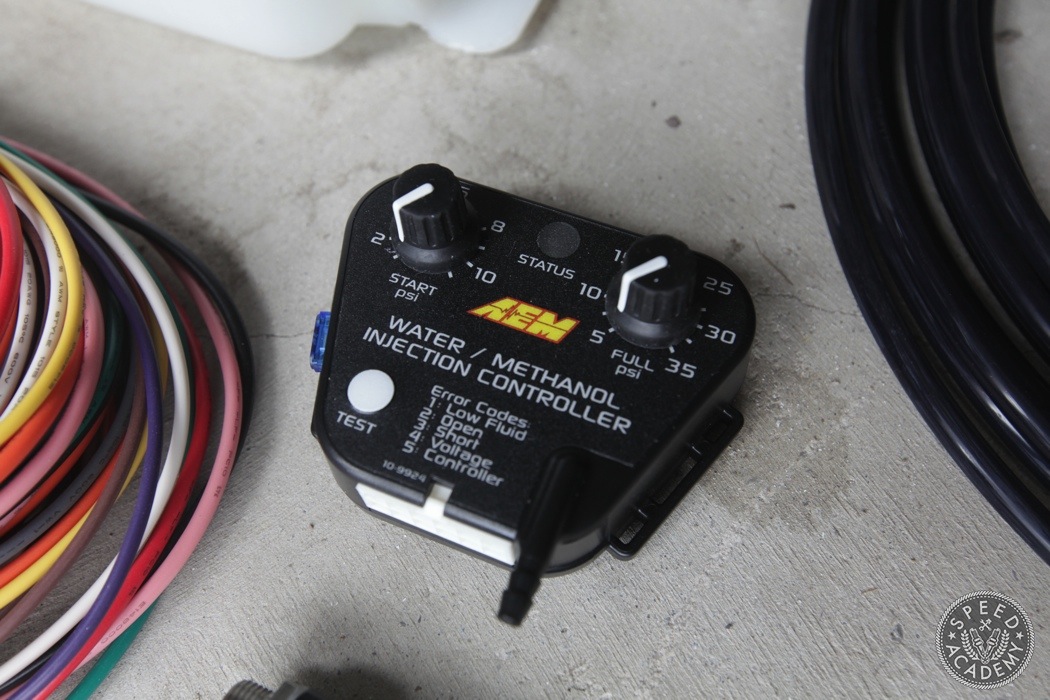 Running out of fluid used to be a concern but almost every kit on the market now has a failsafe trigger built into it. In the case that your tank does run dry either a warning light will come on or the system will switch over to a safer map. 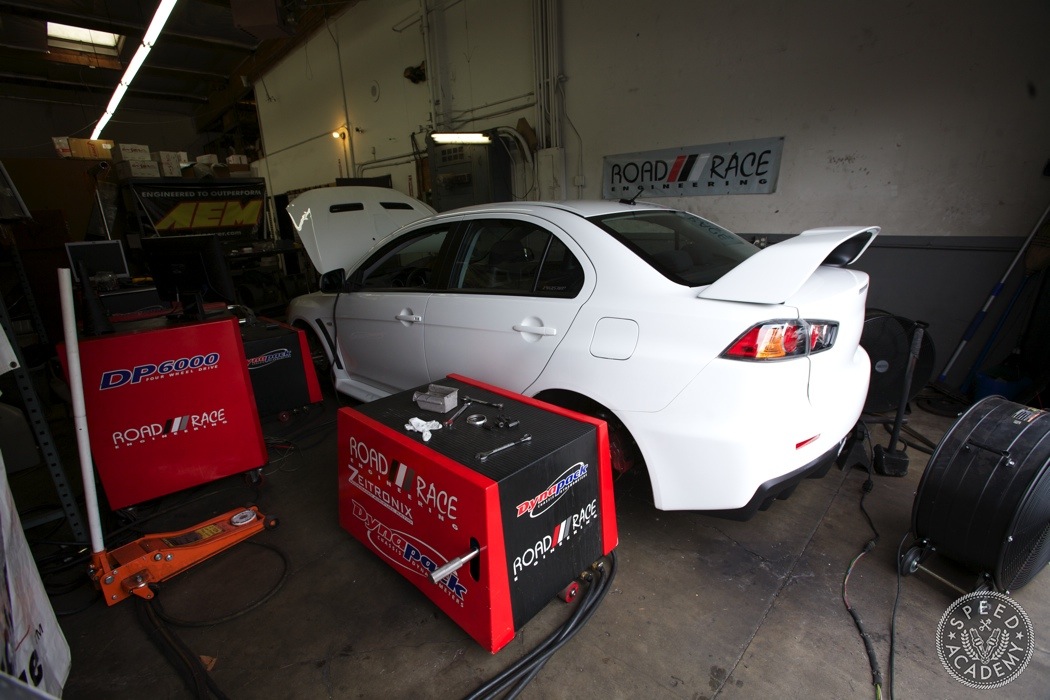 You’ll also need to have your car re-tuned since the cooler, denser charge richens the engine’s air fuel ratio and needs to be adjusted accordingly. A lot of meth injection users have a switch installed where they can toggle between two maps thereby allowing them to run a gasoline only based map (usually for street and everyday use) then switching over to the water/meth map for racing, or when they want the extra power.

And how much power can actually be had from water/methanol injection? It all depends on your engine, turbo, the type of gas you use but factor anywhere around 20% horsepower gains on a forced induction engine. Years ago I tested a Snow Performance Stage 3 Gasoline MPG MAX Boost Cooler kit on a 2010 Mitusbishi Evolution X with some pretty promising results. 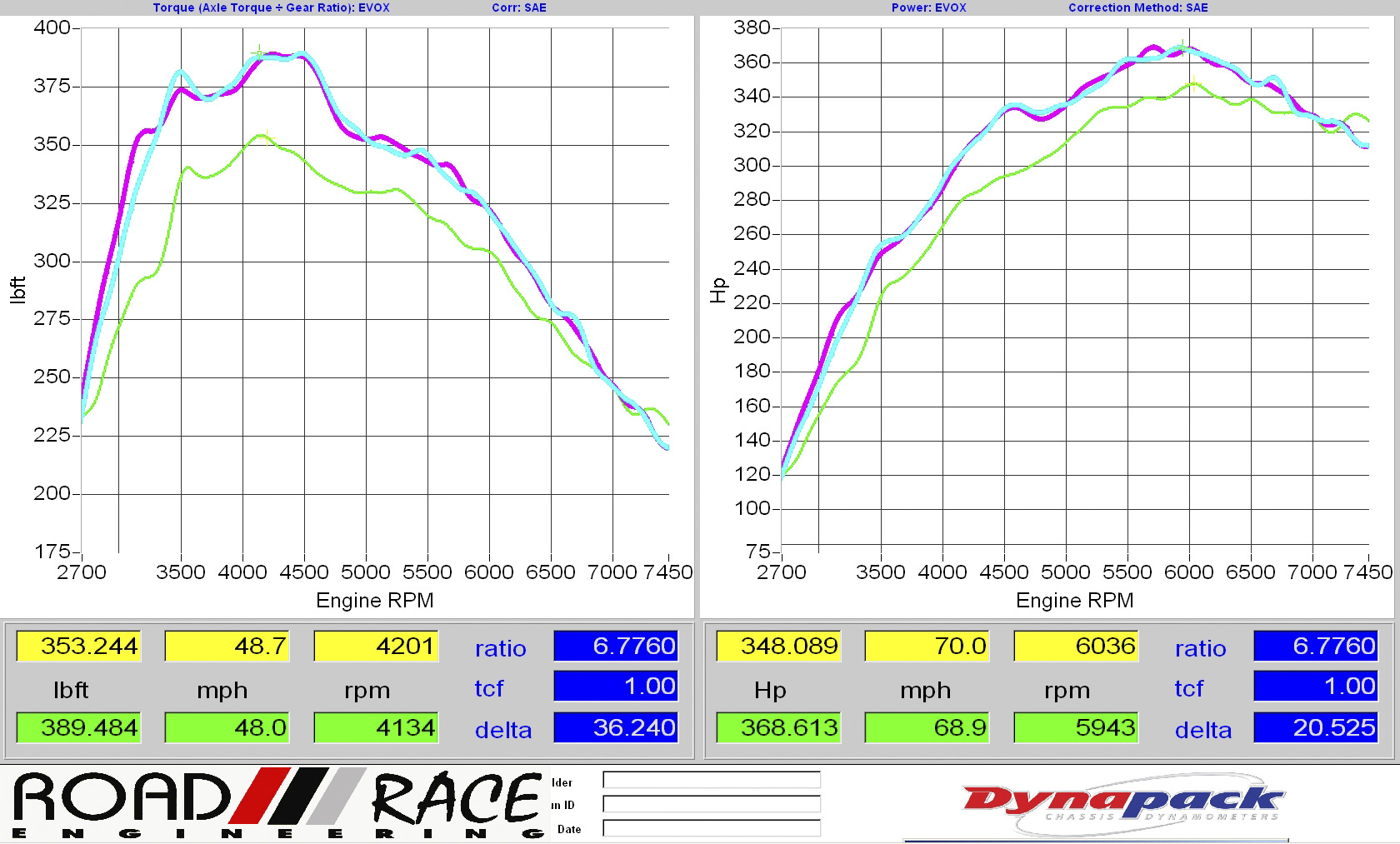 On California 91 pump gas it made 348whp and 353ft-lbs tq with a RRE tune and all the common bolt-ons (intake, full exhaust). After adding the water/meth mixture into the equation, Mike Welch at RRE extracted another 20whp and 36ft-lbs tq from the stock turbo powered 2.0L engine for a total of 368whp and a staggering 389 ft-lbs of torque. Those are mighty impressive power figures for an AWD, 4-cylinder, stock turbo car. 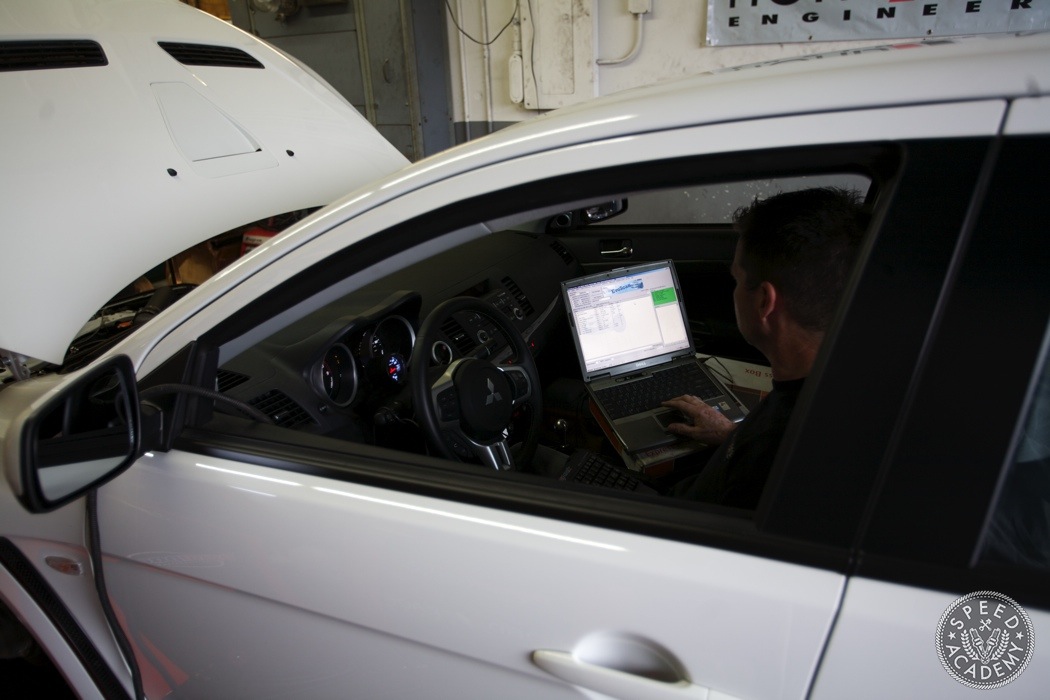 Being able to add more timing and boost pressure while still maintaining a safe knock threshold is the direct result of the cooling effect of the water and the high octane level of the methanol. Of course, Tuning has a large part to play as well so always make sure you use an experienced tuner.

As I mentioned, the biggest concern with water/meth injection is running out of fluid so always invest into a fail safe setup. This particular Evo had a Snow Performance Controller and Safe Injection Unit installed so it can quickly change between maps and reduce boost and timing if the tank were to run dry. 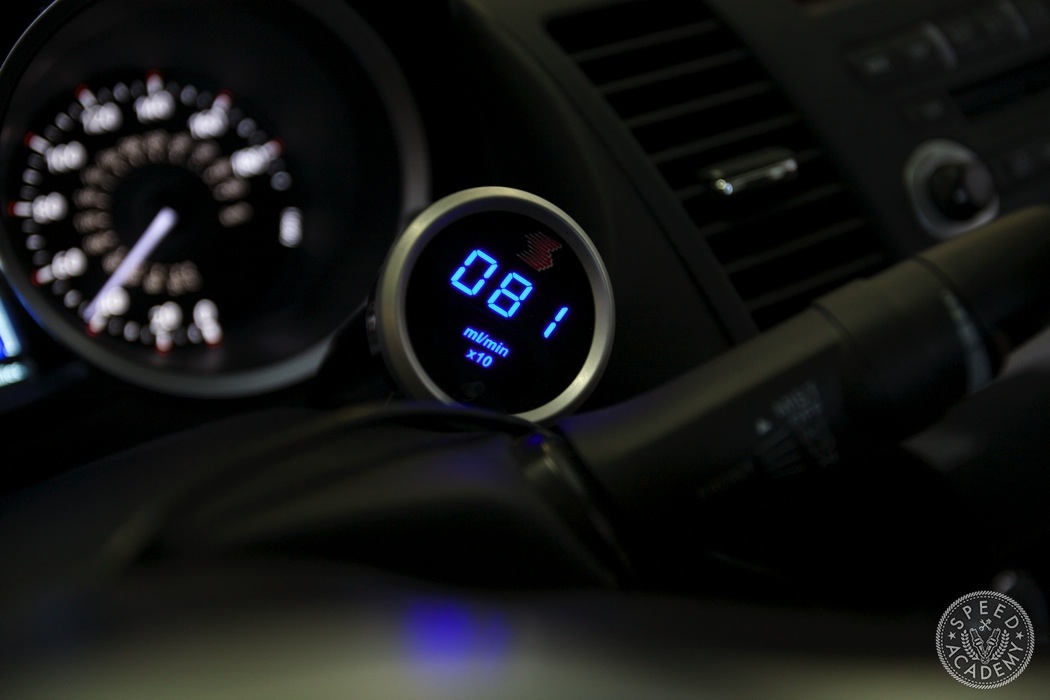 Opting for a gauge like this one from Snow Performance is also a great way to add yet another level of protection since you’ll have real time monitoring of the water/meth flow rate. 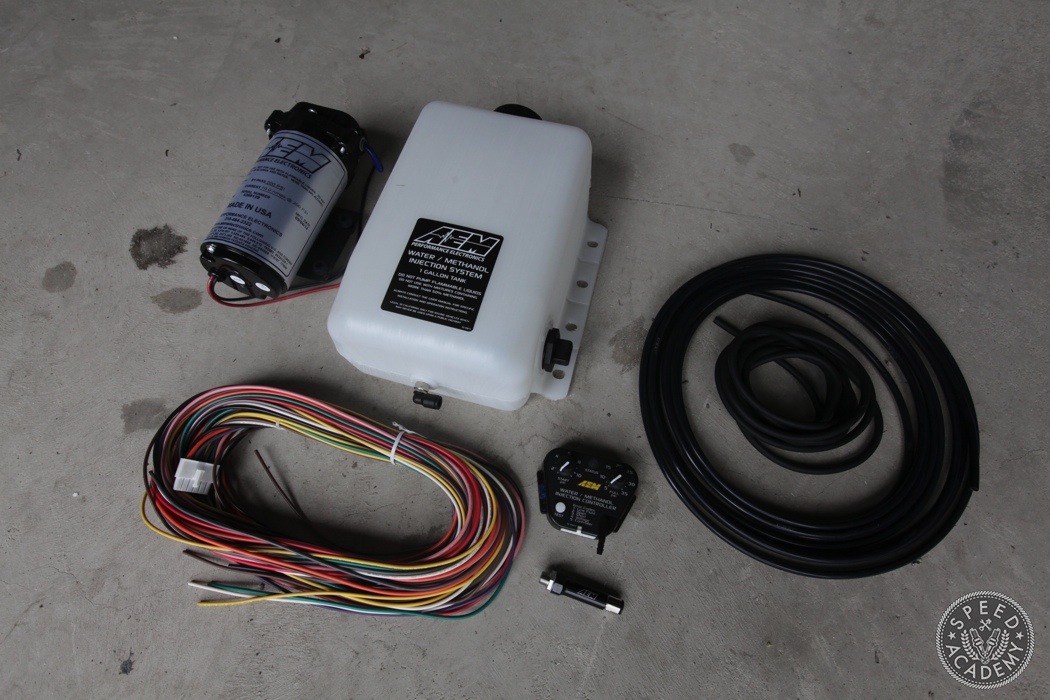 The dyno chart doesn’t lie, water/meth injection is a great way to not only increase power but ensure reliability on a forced induction engine and for a very small investment! I’ll be installing an AEM Water/Methanol Injection System on Project GripS14 very shortly and will have even more results to back the claim up that this upgrade is one of the best bang for the buck mods out there.

Does meth injection cause any corrosion on the inside of your engine?

I’ve always wanted to run this but was worried about doing serious damage due to the corrosion.

While it’s true that methanol is corrosive, metals such as stainless steel and carbon steel (found in most modern day engines today) are nearly unaffected by its corrosive properties. And while I can’t be certain whether there are long term effects, I will say that during my 10+ years working in the aftermarket tuning industry I have yet to hear of a case where someone complained about any damage from corrosion.

The HP displayed in this post is BHP not WHP.  A Mustand Dyno will provide a more solid WHP number, as Dynopacks, DynoJets, VDyno only really display crank HP (if they’re being honest).  I have seen 305whp cars literally stomp on 400whp cars many times.  A time slip won’t lie…

hollywoodsutton The horsepower in the chart is WHP as it’s tested on a Dynapack. And of course, there’s always a lot of variance between dynos but for the sake of this test, it’s a good measure of before and after performance.

@Robert Everything I’ve read and talked to the folks over at Snow Performance about corrosion is that it’s very unlikely and happens only in cases where the vehicle were to sit for a very long period of time so I wouldn’t worry about it at all.

Where is the 20% estimate coming from?

how much hp increase can i expect on my 300hp nsx with aftermarket exhaust, no cat, k&n forced air induction and a performance chip?

Best to check with a NSX specialist on this, give the guys at ScienceOfSpeed a call.

how much hp gain can i expect from my 300hp nsx with no cat, free flow muffler, k&n cold air induction, and a performance chip?