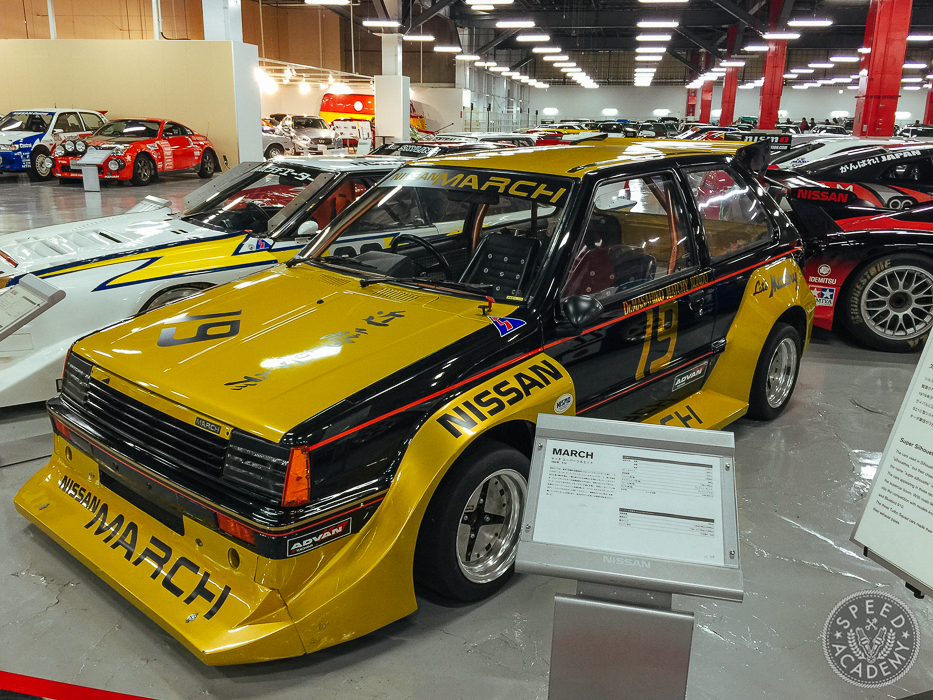 Moving on to the 1980s, this ’82 K10 Nissan March caught my eye. Of course the road-going March was a basic econobox, but this Super Silhouette version built by NISMO with a hotted up E15 engine pumping out 160-hp is as cool as ’80s hot hatches get. 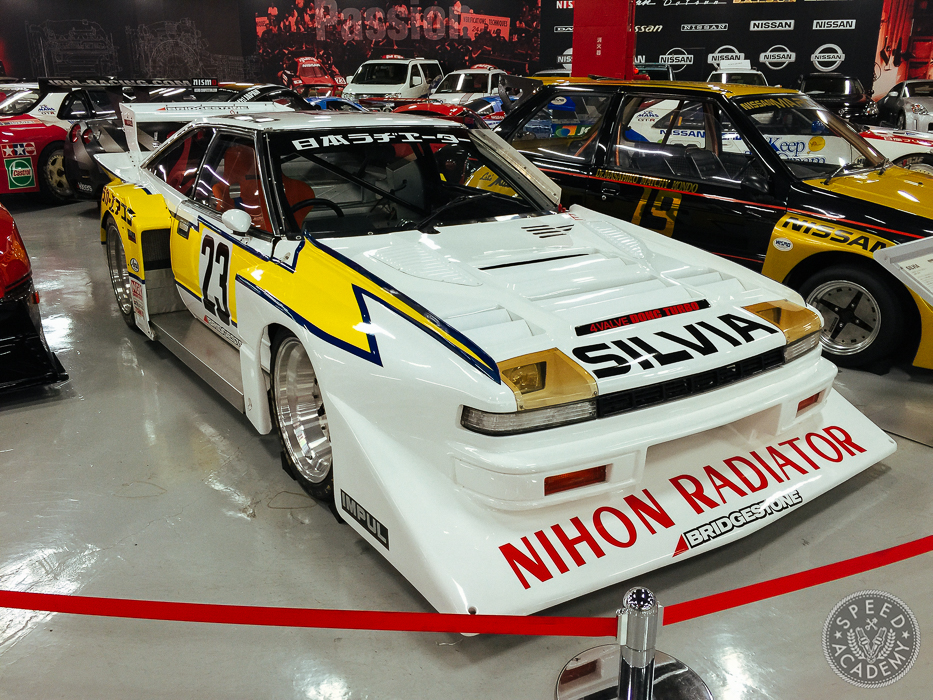 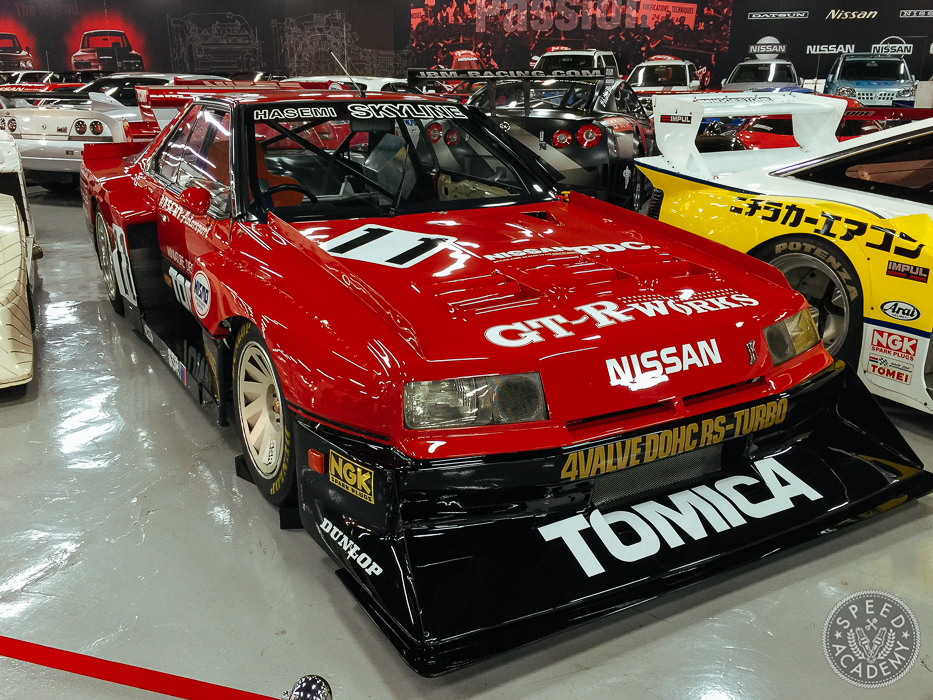 These ’80s Super Silhouette racers are so definitively JDM, you really have to admire the crazy aero body kits they cooked up for this racing series, including this S11 Silvia and R30 Skyline version. 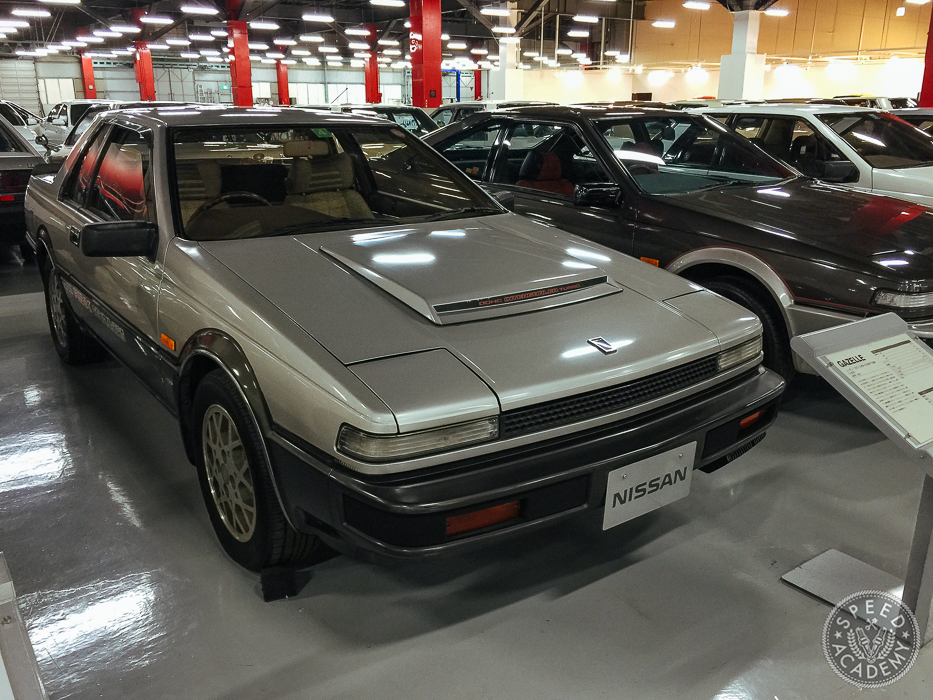 This 4th generation S12 Silvia was sold in North America as the 200SX. It’s interesting how popular the AE86 Toyota Corolla still is, yet the similarly styled RWD S12 doesn’t seem to have the same sort of cult following despite being equipped with a more powerful CA18DET engine. I guess being a bit bigger, heavier and presumably not as driftastic as the AE86 has something to do with it. 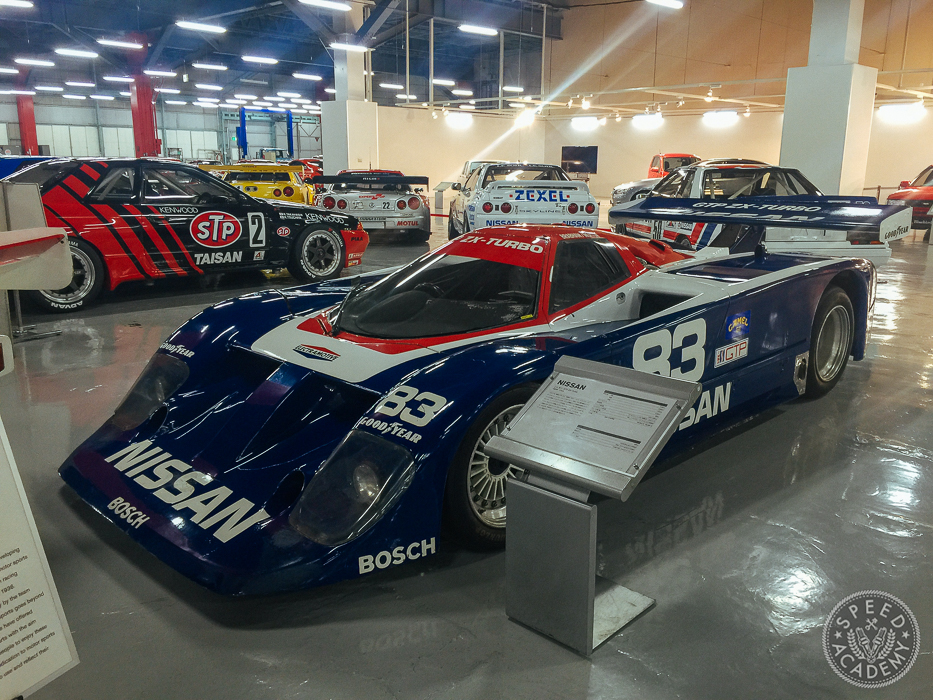 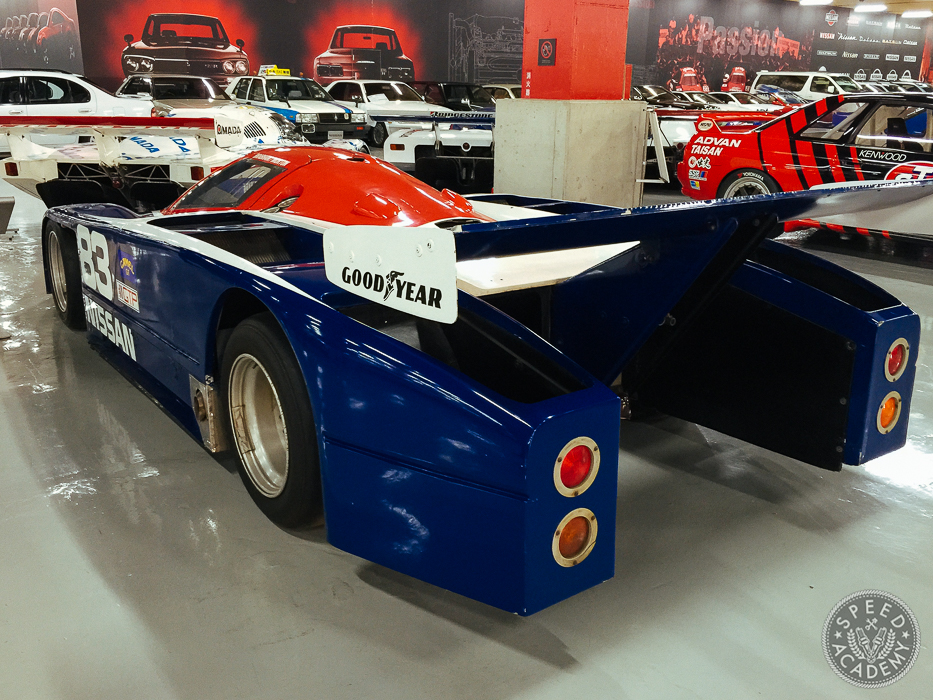 This IMSA GTP race car had a good run in America, the No.83 car winning the Driver’s Championship in ’88 and Constructor’s Championships in 1989, 1990 and 1991. Powered by a modified VG30 that made 650-hp, it was built by Nissan and campaigned by California-based Electramotive Engineering. 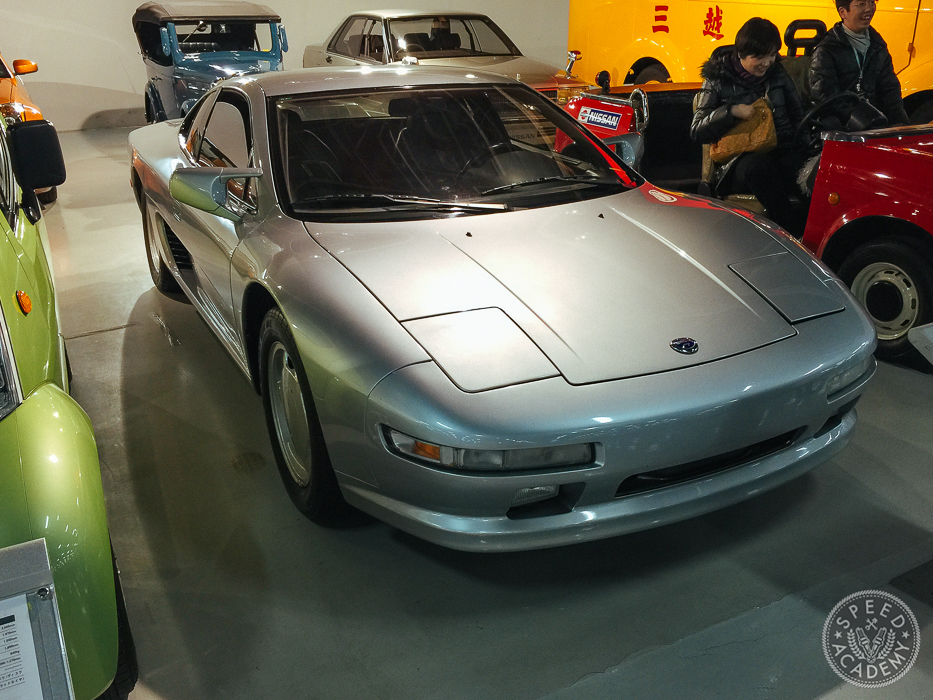 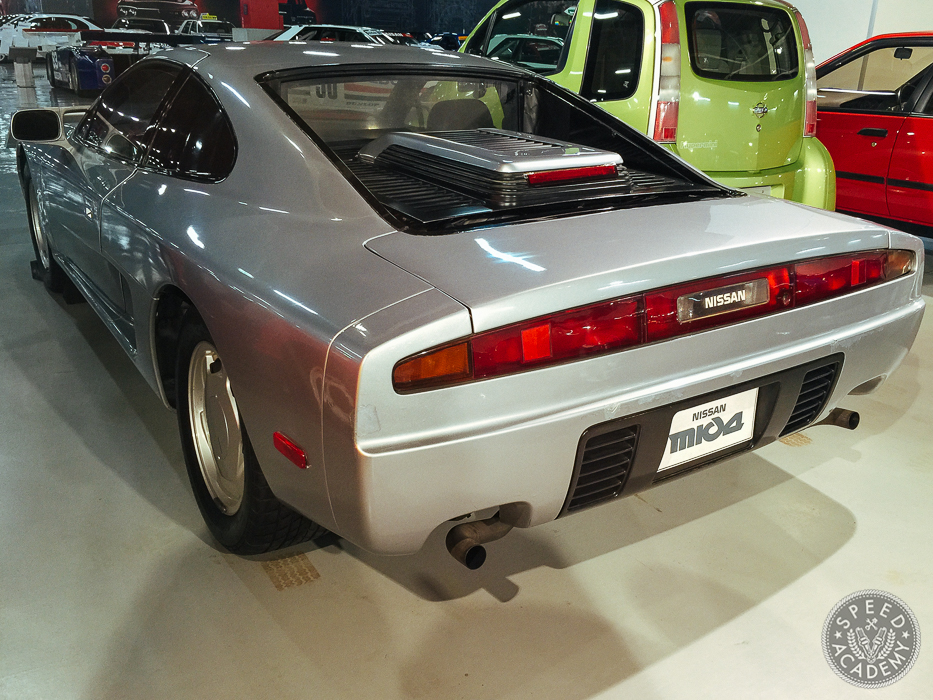 Now here’s a strangely familiar looking machine. Honda NSX, maybe? Nope, this is the 1987 Nissan MID 4 concept car exhibited at the ’87 Tokyo Motor Show. It never went into production, but was viewed by Nissan as both a concept car and experimental vehicle. It was designed as a 4WD Super Sportsmodel with maximum maneuverability in mind, this Type II version featuring a vertically mounted 330-hp VG30DETT engine. 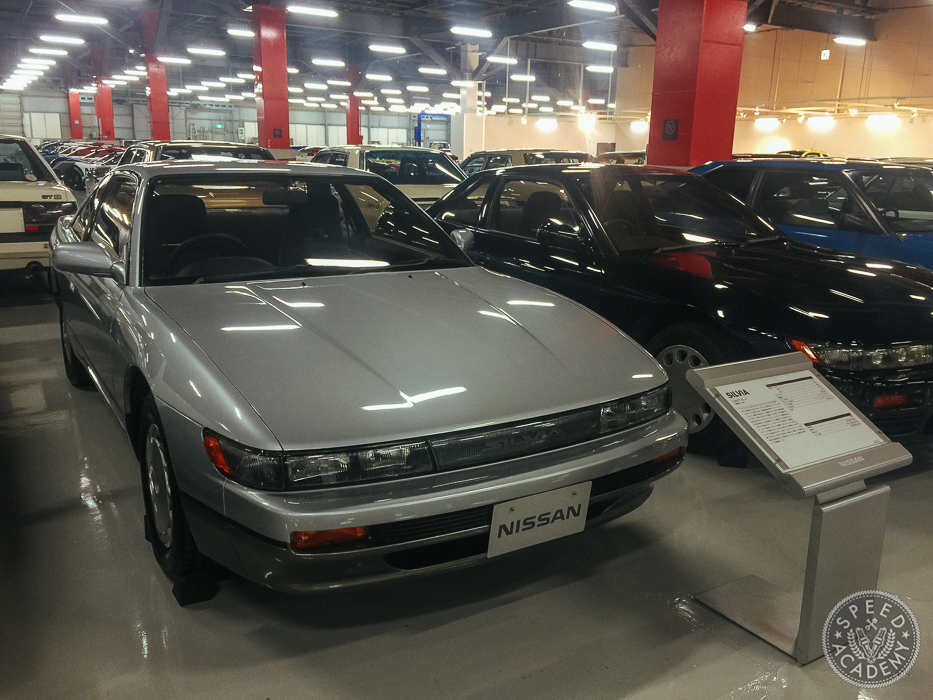 1988 was a big year for Nissan fans, the wildly popular S13 Silvia being launched in May of that year. 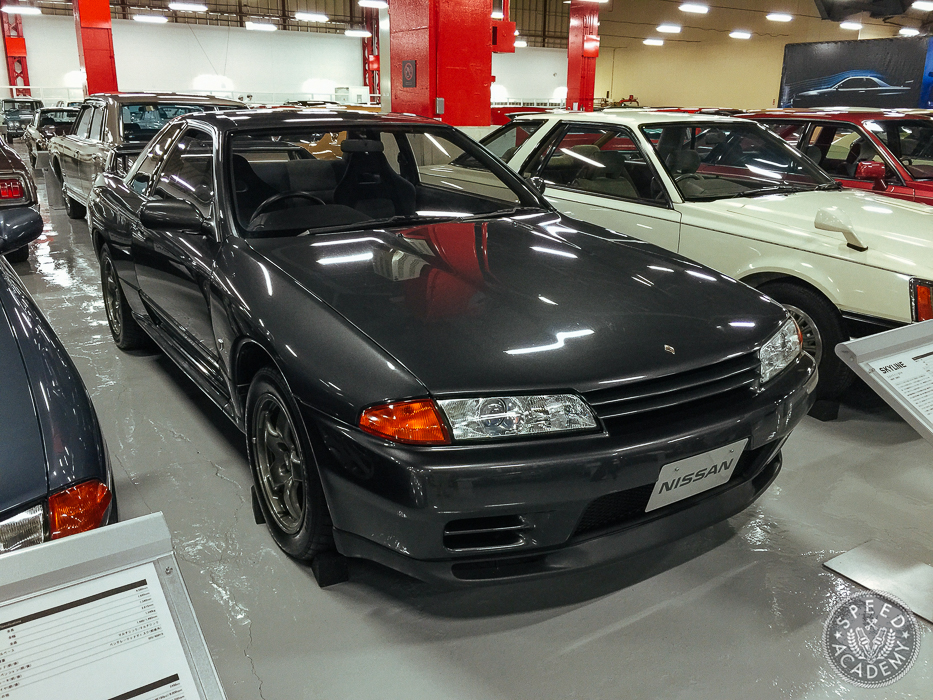 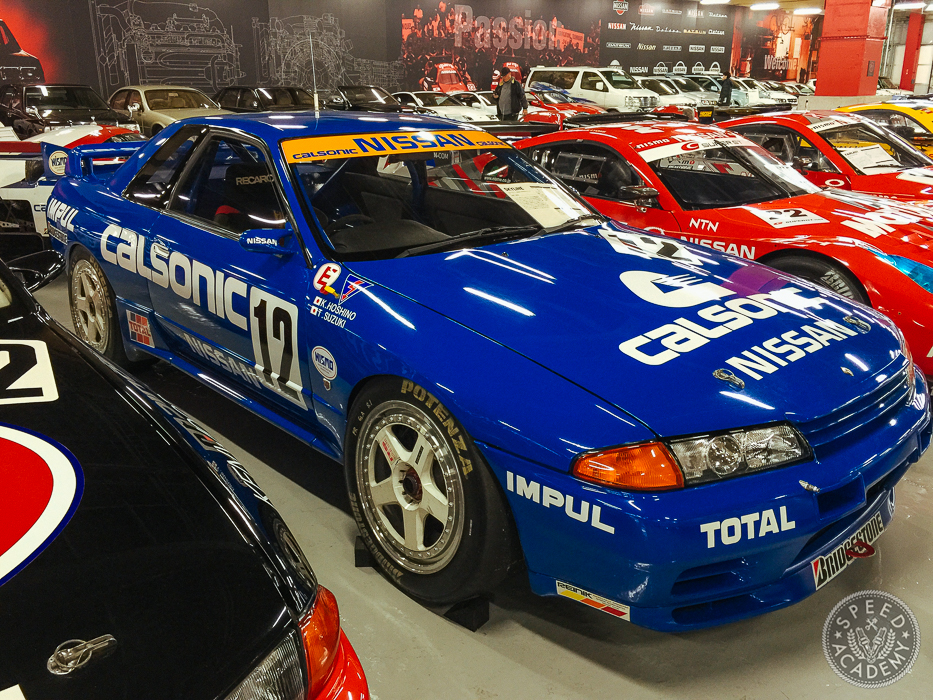 1989 was arguably even bigger, with the return of the GT-R after a 16-year absence. The R32 GT-R quickly reestablished its ‘Legend’ status, thanks in part to its absolute dominance on the race track. In fact, it holds the honor of winning all 29 races it entered in the All Japan Championships during its 4 year run in that series, the No. 12 Calsonic GT-R claiming the championship in both 1990 and 1993. 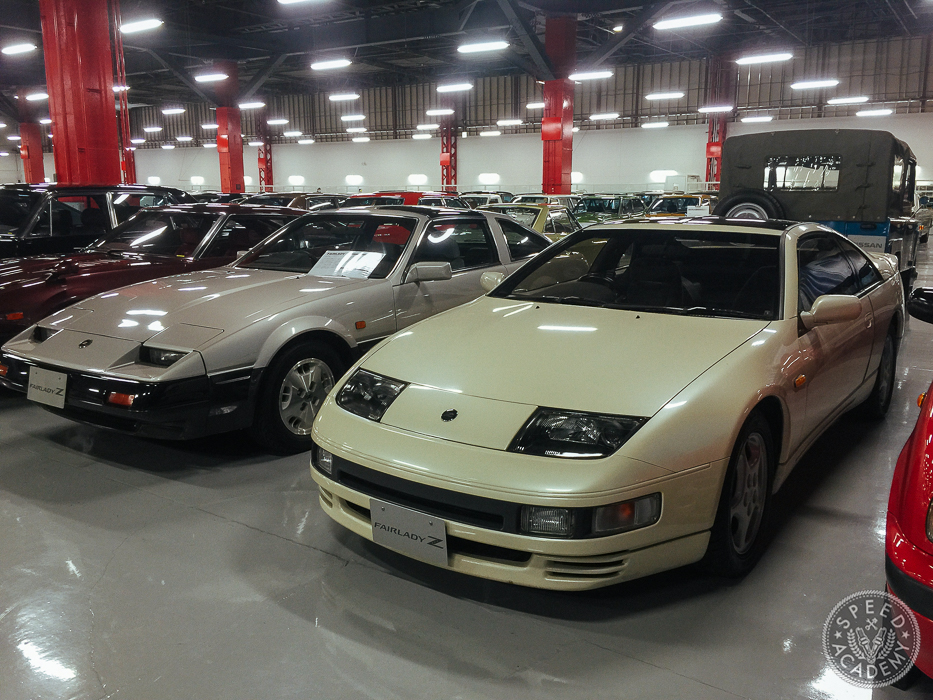 Anyone else remember this TV commercial?

Great coverage and gorgeous photo’s Dave!! The SuperGT car’s aero are just ridiculous. Also, is it meant to be VR38DETT instead of VR35DETT on the last page?

Hi Dave Thank you for writing about this! I don’t want to pretend I know much about cars (at all!) but my partner is a big Nismo fan! We had planned a trip to Japan in November/December to attend a Nismo car festival (which he said was in the first week of December and last year had its 30th anniversary – can you tell I don’t know much about cars?) However, we’ve now had to cut our trip short due to a wedding and will therefore, miss this festival. He had mentioned the zama factory a little while ago for… Read more »

I’m not sure how you’d arrange a tour, but I’ll ask Scott at Kaizen about it. He’s the man with next level Nissan access. Haha.

TimRuddell Indeed it is, Tim! Thanks for spotting that.

Same as japanzama, I would love to know if you think it would be possible to arrange a tour – a group of 12 friends are going to Japan in November, 9 of which are mad enthusiasts and 3 supportive partners :p  It would be incredible to see this museum.  We probably do fall under the “novice” category, but would love to try all the same 🙂

Thanks a lot Dave! I didnt hear about this until I found this.
I visited Japan las month and went to the Toyota Tech Museum in Nagoya city, but since I am a Nissan fan, finding that there is this kind of collection and not being able to go makes my very very sad.

Could you share with me how to be admitted to visit this Zama Collection? Thanks in advance. My email is .com

Could you pease also share info about visit on this mail mrtm@inbox.lv ?

Hello
could you share how to submit a form for the tour?
thank you

Thank you for writing about Nissan. Could you tell mo how to booking for tour?
my email : vannipab@gmail.com

thank you very much.

Hello Dave, Have thoroughly enjoyed reading this article, thanks so much. I am reading it over 2 years since you posted it. My boyfriend (who is very into cars) and I are both from New Zealand and are planning on travelling to Japan in the end of August, and I have been searching to see if there is a place to visit for someone like him who is into the car scene, and this is definitely it! However, as has been discussed earlier, I have discovered that it is difficult to get a tour – private bookings etc. I was… Read more »

How To Install Honda K-Series Camshafts

Honda’s iVTEC K-series lineup of engines are pretty incredible, especially considering they’ve been around now for about 15 years. Having “grown up” on D-series and B-series engines (and having blown…