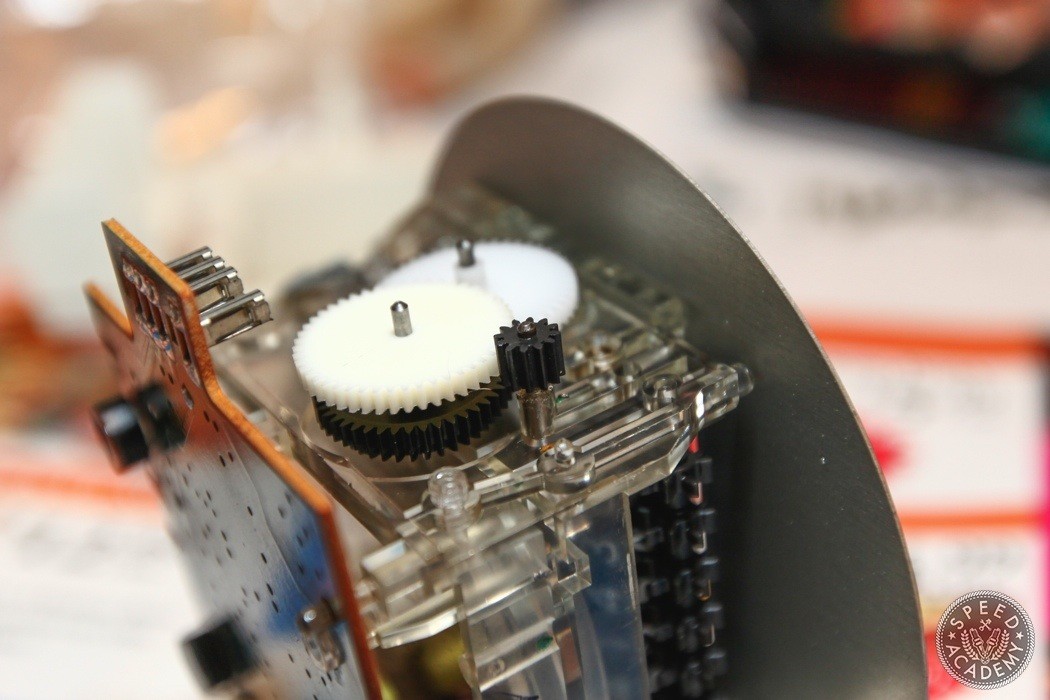 If you’re an owner of late 80’s to early 90’s BMW E30, E28, and E24 models then sooner or later you’re going to experience an odometer that stops working. It’s a very common problem and one that my 1987 BMW 528e had. Unbeknownst to me though, I didn’t realize it had this issue until days after purchasing it so that’s always something to be careful of and check for when buying an older BMW of this era. The odometer may have stopped working years ago so the mileage could be way off. 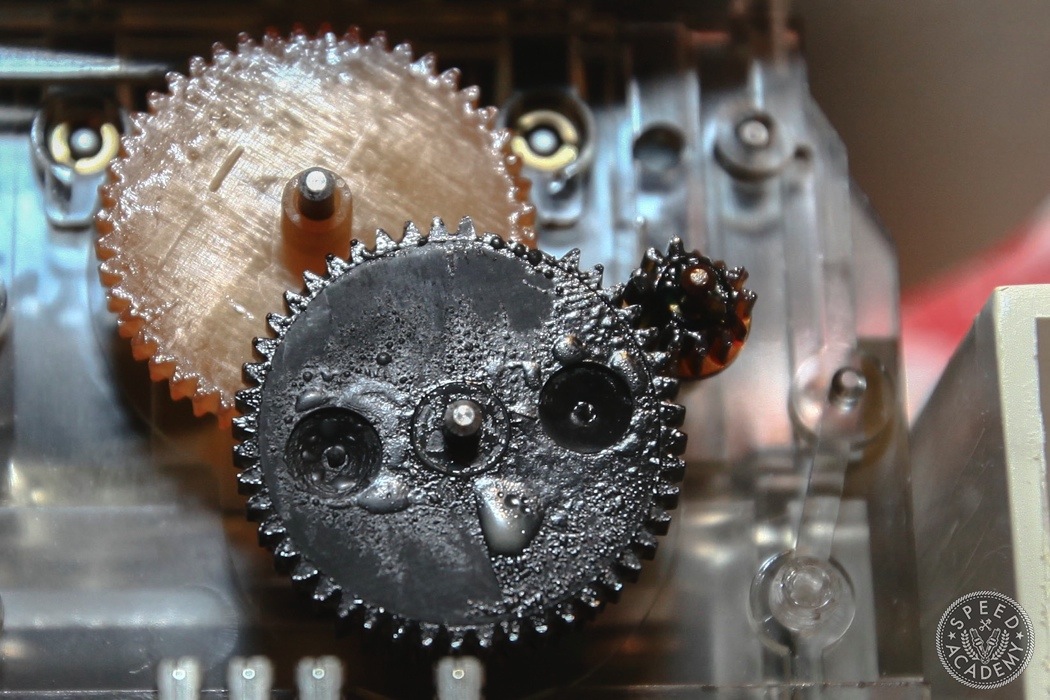 But let’s get to the task at hand and what is the cause of the odometer failing? The plastic gears that make the odometer go round and round degrade and fall apart after many years of loyal service. It looks like the petroleum based grease used on them is the culprit as the plastic absorbs the grease and begins to soften until teeth start breaking off. 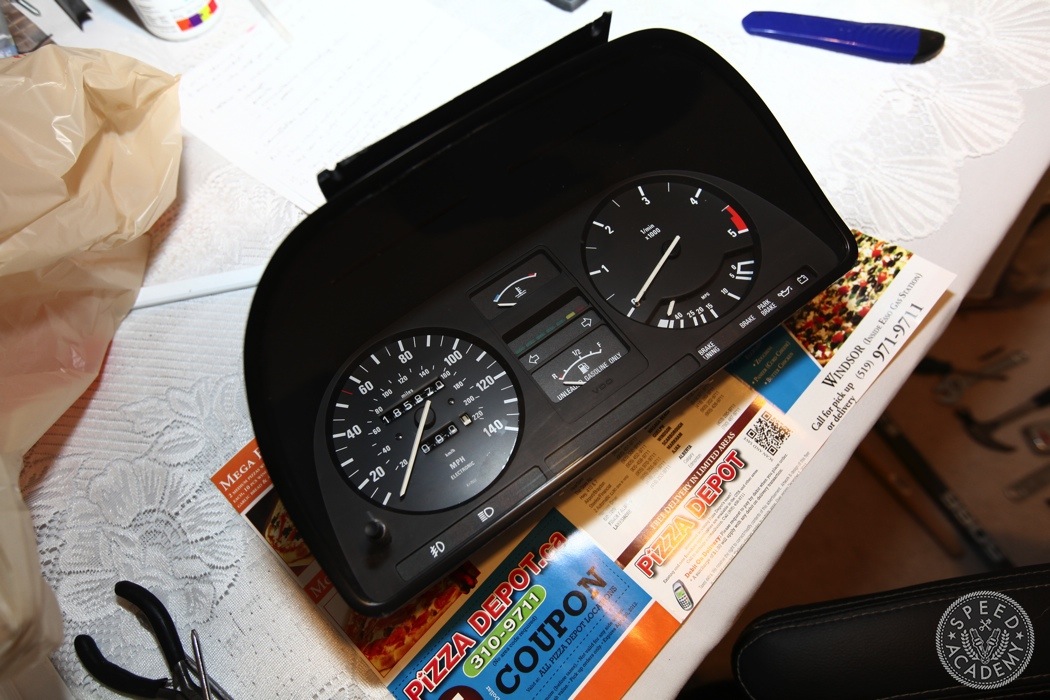 Thankfully, there’s a fix and the first order of business is to remove the cluster, which in the e28 is two screws at the top leading edge of it. 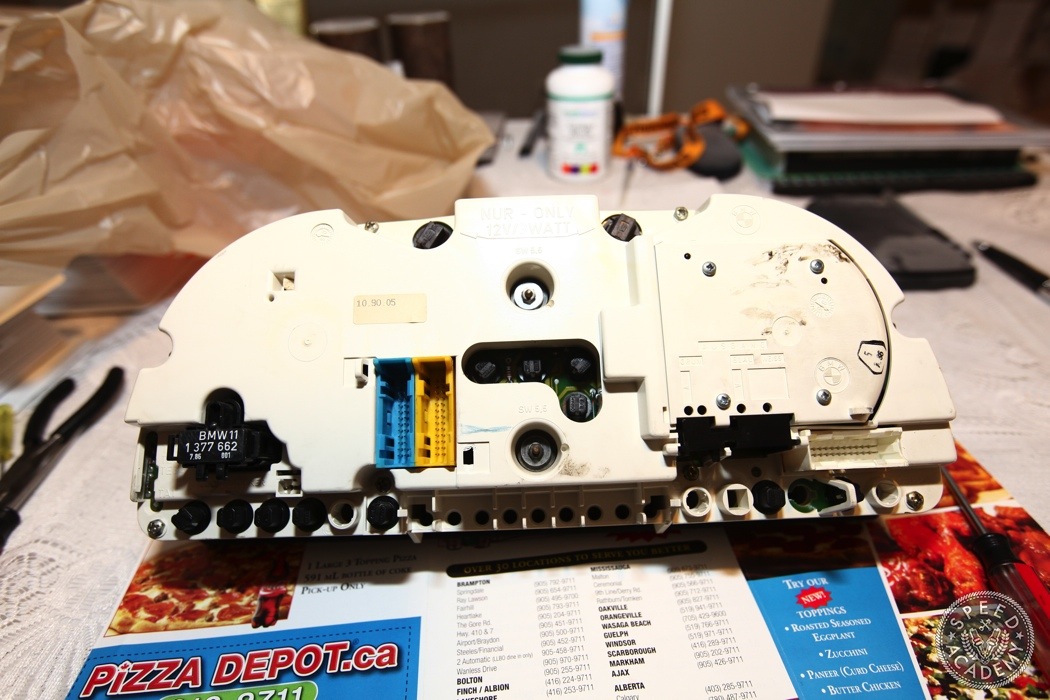 Flip the cluster around and remove the outlying four screws that hold the front face onto the cluster. 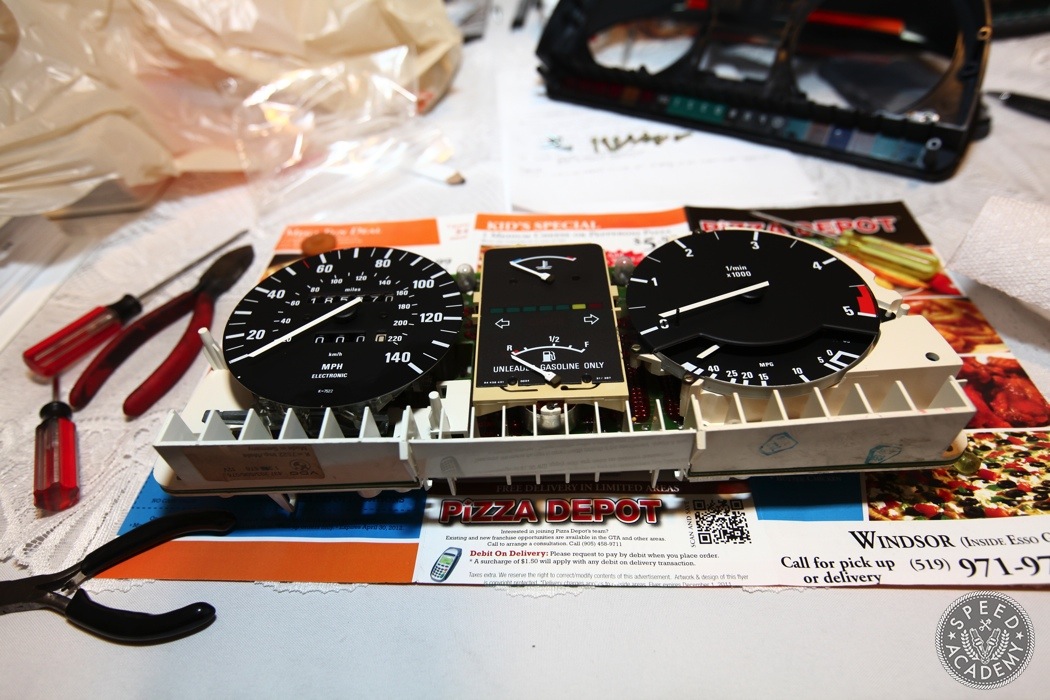 Once removed, this is what you should be looking at. 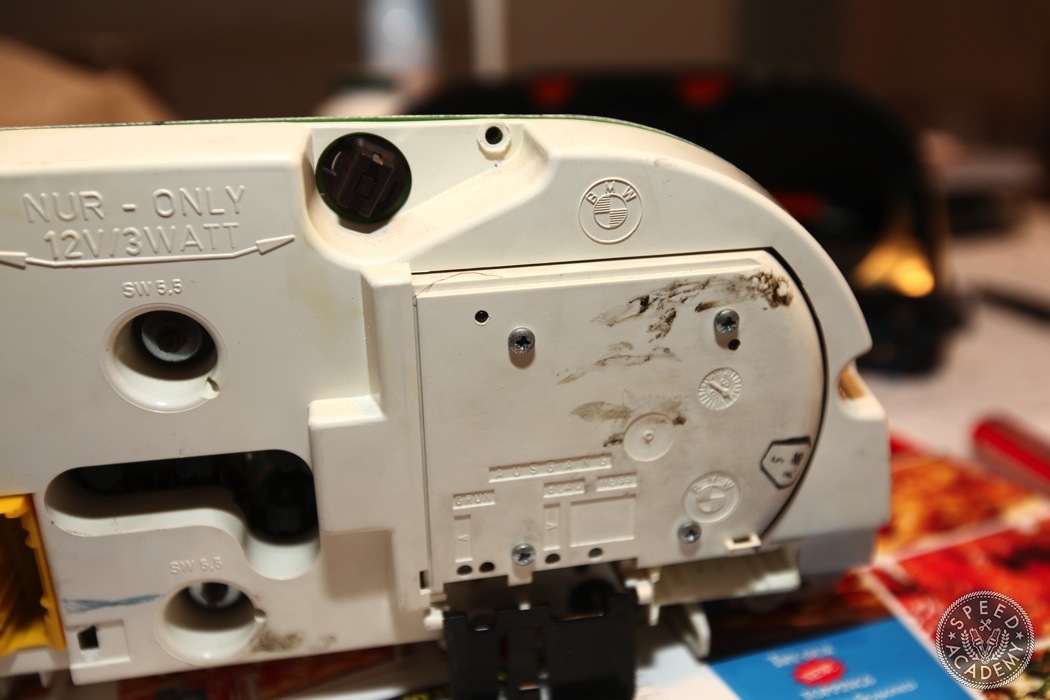 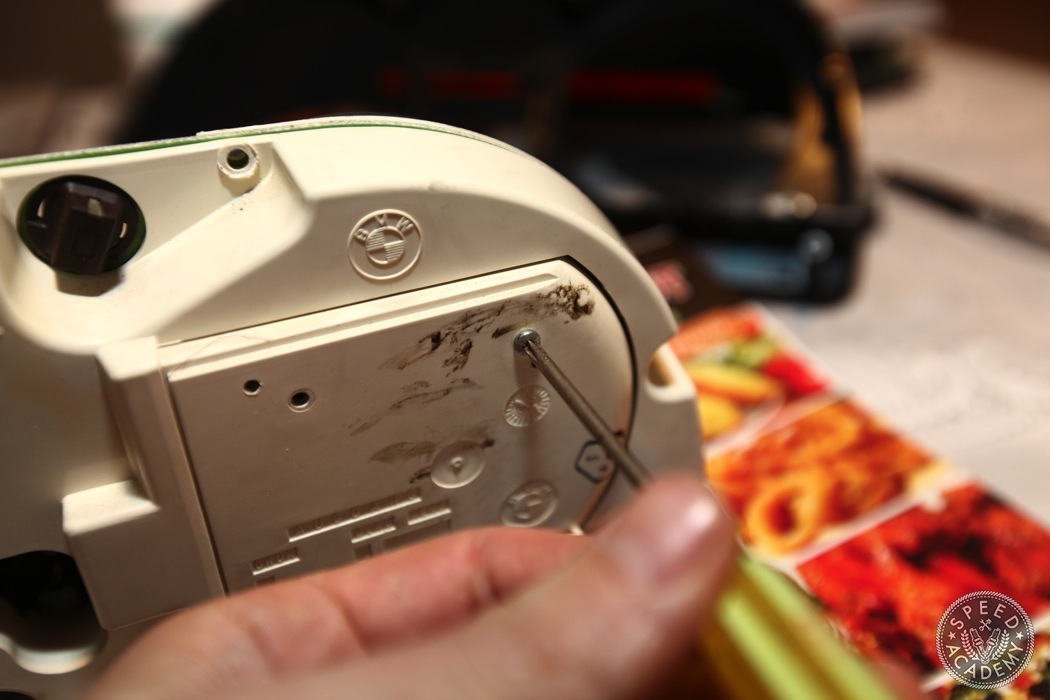 Since we’ll be working on just the speedometer, remove the four screws that hold it in place. 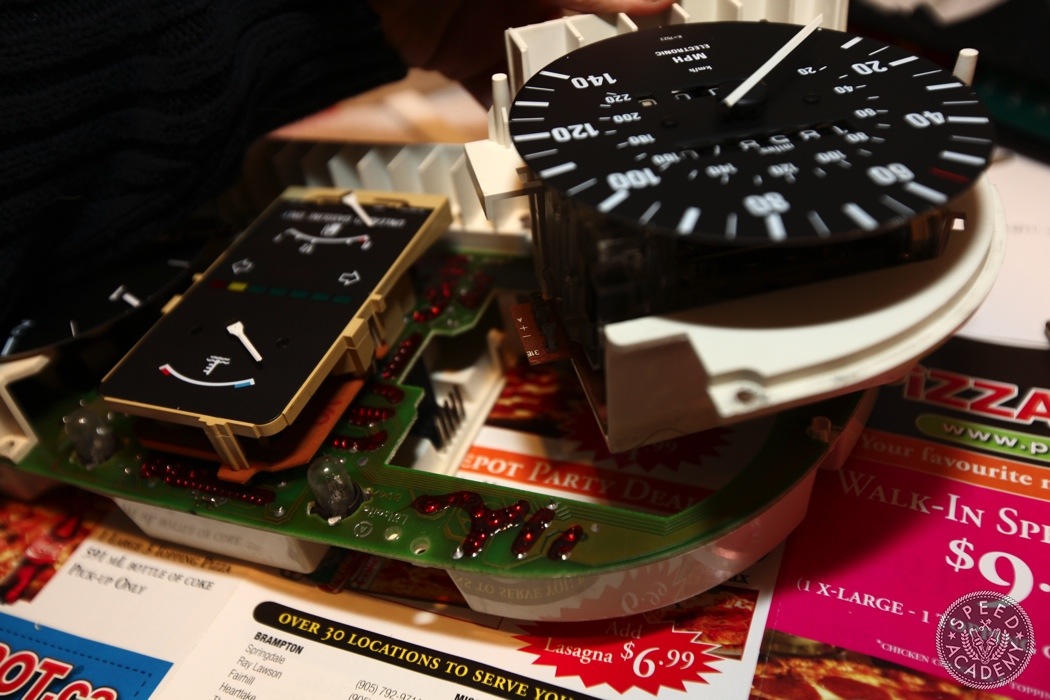 Slowly, push on the backside and the gauge should slide out. There are five metal pin connectors that are attached to it so push evenly in order not to bend them. 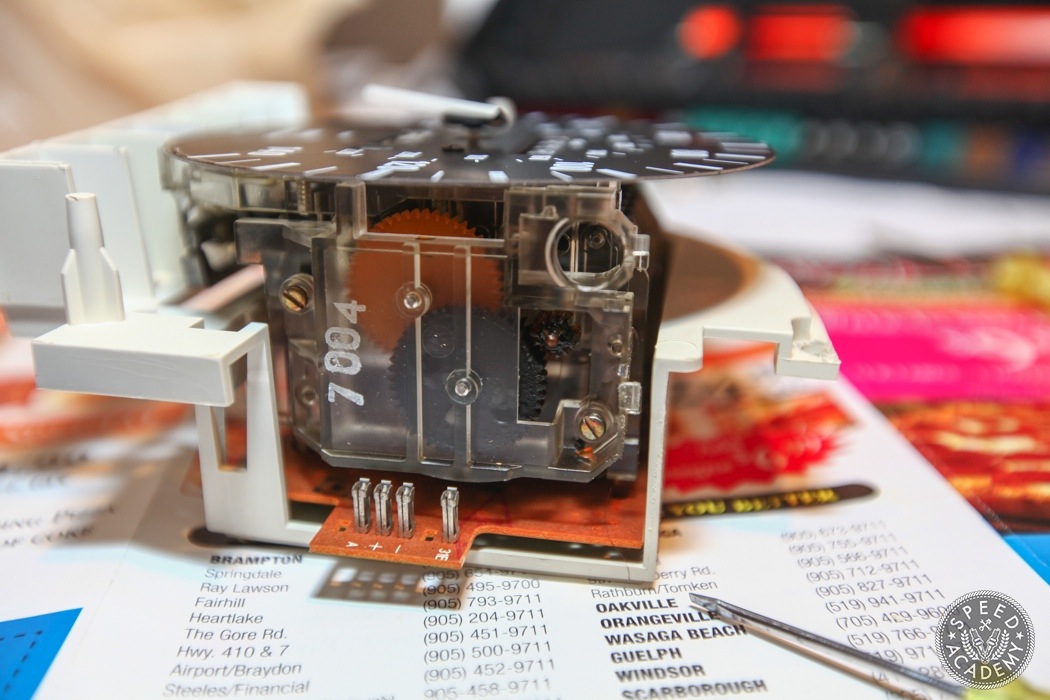 There’s our culprit, protected by a clear plastic case. Remove those flat head screws to gain access to the gears. 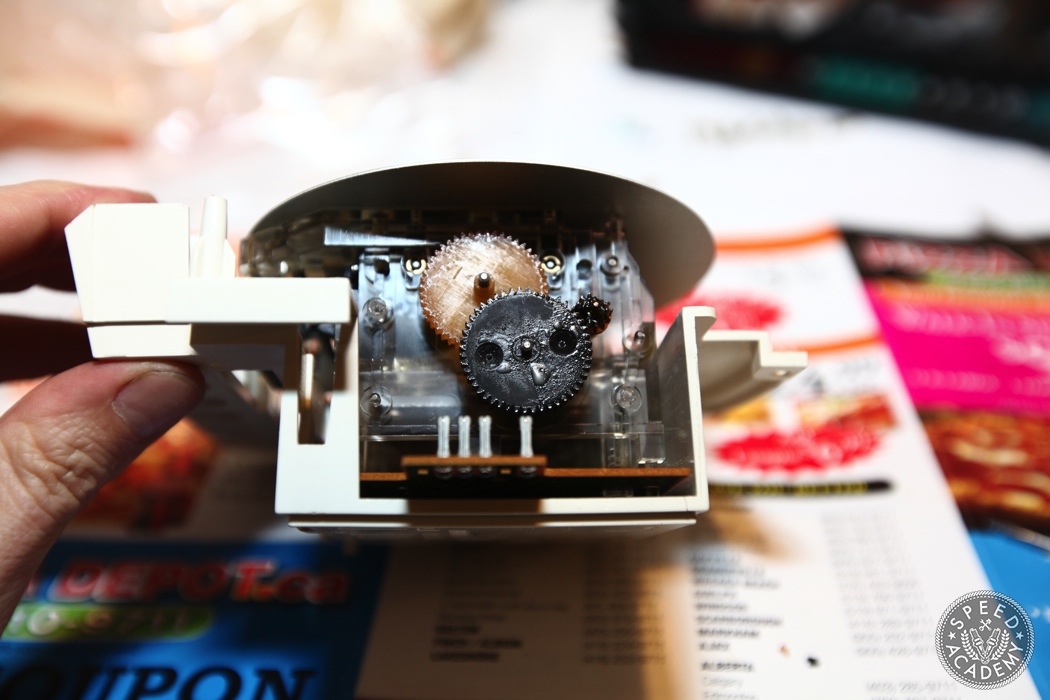 Remember from here on out be very precise and careful taking the gears out and handling the gauge. One slip or mishap could break an intricate part of the inner workings of this speedometer.

You’re going to remove the large black and orange-ish gears and metal shafts that they reside on. They should just slide right out. 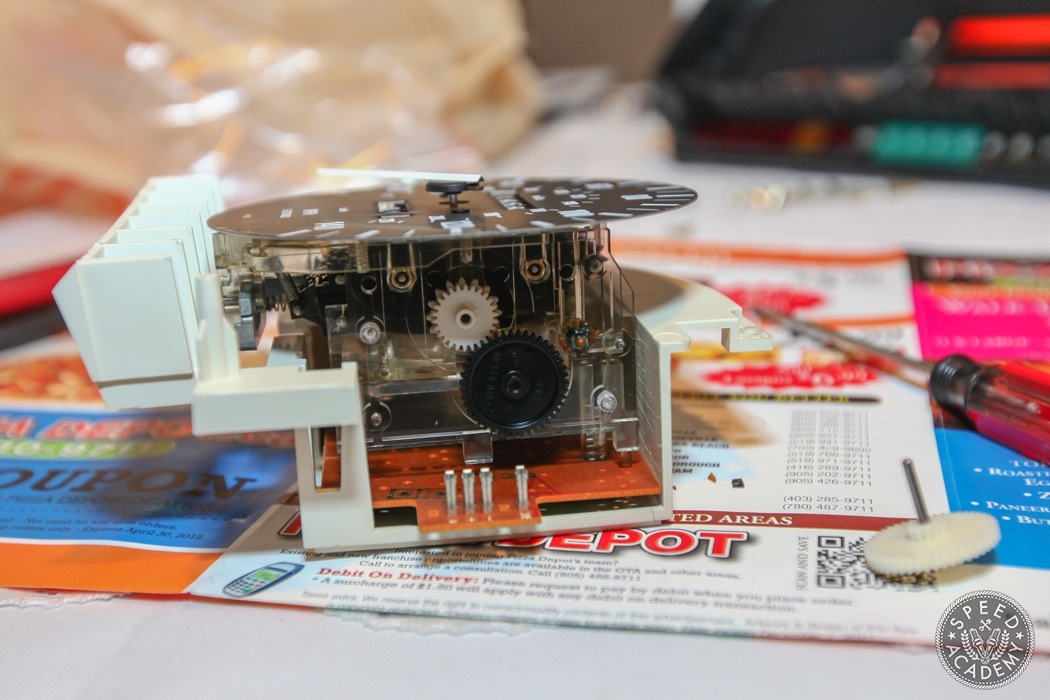 Underneath the gears are more gears! And as you can tell, nothing is wrong with them so there will be no need for replacements. They may however, fall out from their spots since the shafts hold them in place but don’t worry nothing wrong will come of it. We’ll install them later. 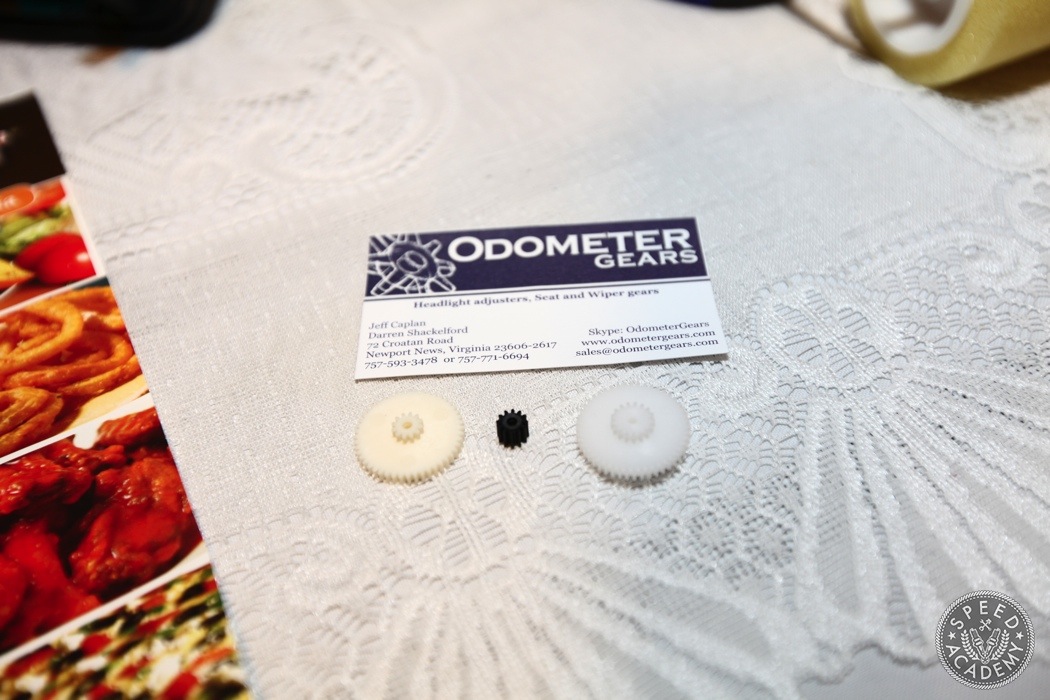 Odometer Gears is where I purchased the replacement gears for the odometer. They offer great service and quick shipping so I’d definitely use them over other and cheaper options. 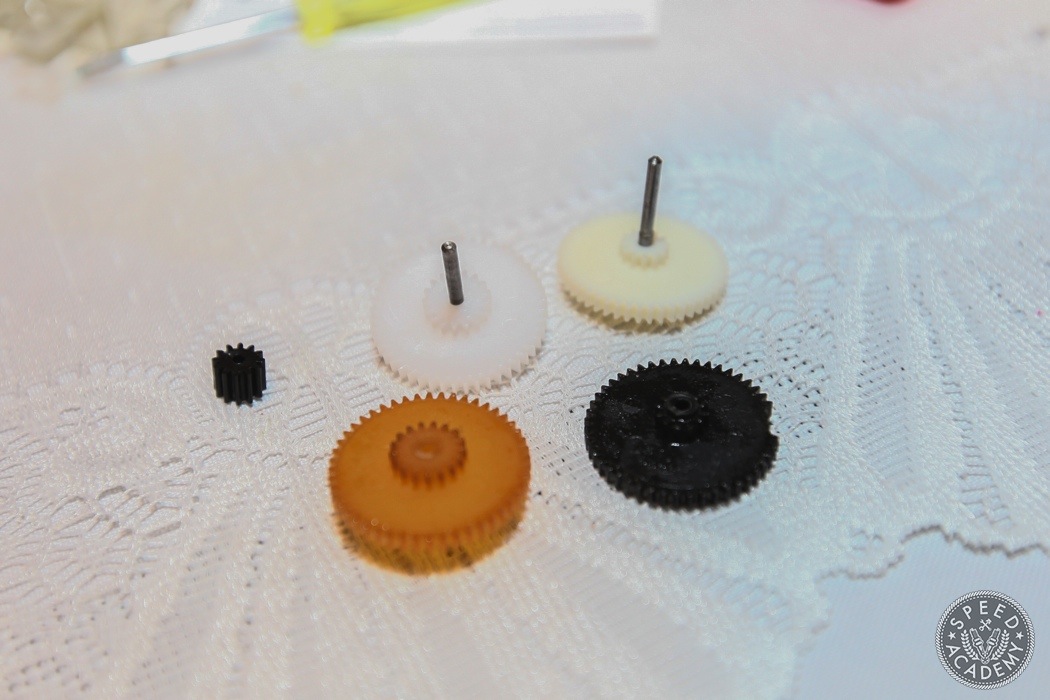 Here are the old vs new gears. The photo shows the new gears with the shafts in place but that’s not a necessary step to perform, I put them on to ensure I had proper fitment before I assembled everything.

Thanks for a very useful tutorial!