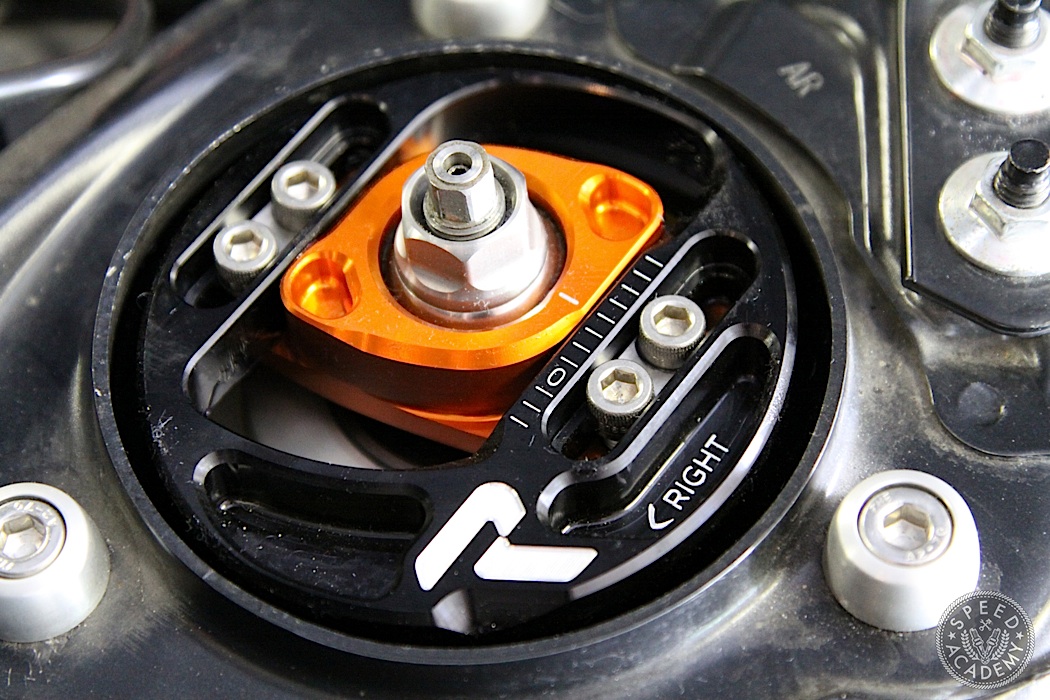 A story recently made the rounds on the Internet about an FR-S owner in the Toronto area getting ticketed for illegal suspension modifications. This drew attention from the general public to the car subculture of stanced/cambered cars, like the one in the image below. 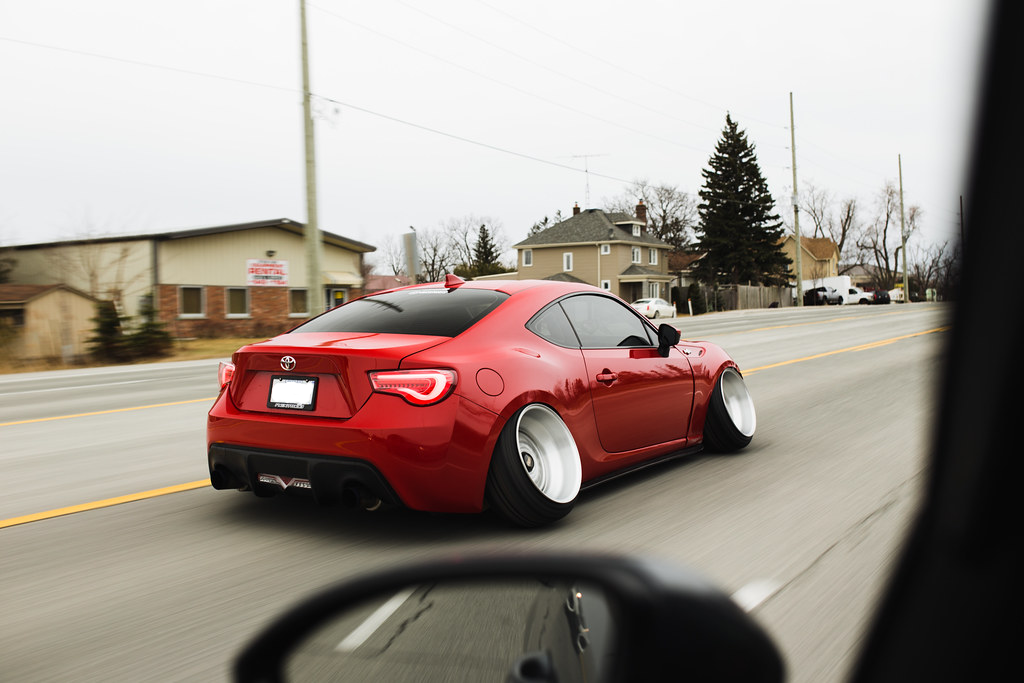 The criticism about safety, and specifically about compromised traction, are certain valid in cases like this, but ironically enough, like many form-over-function trends in the car modding world, this extreme type of  “stance tuning” started because of something seen on professional race cars and high-performance road cars, namely negative camber (where the top of the wheel and tire are angled inboard toward the mid-line of the car, but at far milder angles than seen above). 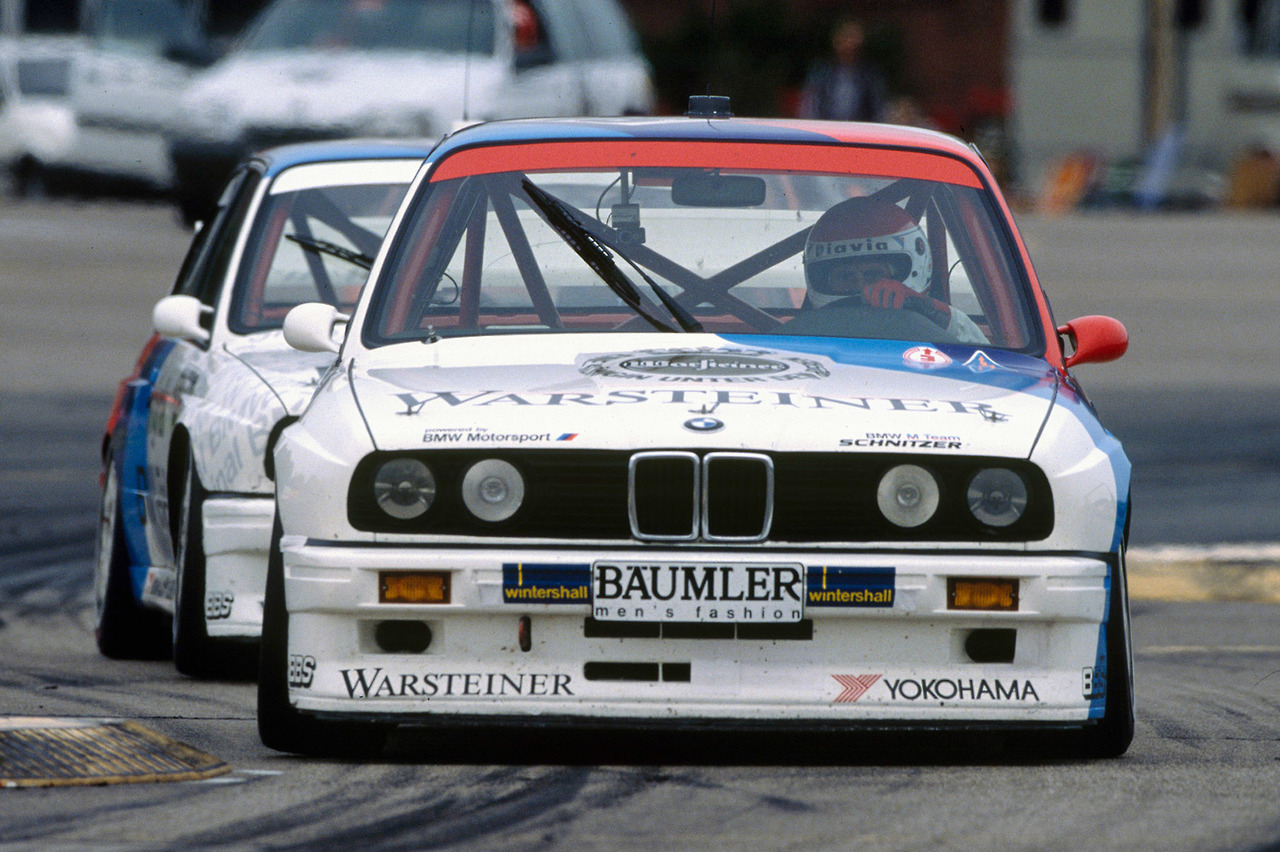 Race car guys don’t mess with things like camber if it doesn’t make the car faster, so what gives? If the tire isn’t flat on the ground, how can this be better for grip?

It’s actually not. At least not for straight line grip. Moving a wheel off vertical will decrease its ability to accelerate or slow the car down. But most race cars have so much more braking and often even acceleration ability compared to cornering that there is much more to be gained in terms of lap times if you can increase cornering grip by sacrificing some braking/acceleration traction.

So what’s happening in the corners? The main two factors are suspension/chassis movement and tire flex.

When a car generates cornering force, it transfers weight in the opposite direction of the corner and this causes the suspension to compress and the body to roll in that direction. When the car rolls to one side, its wheels that were once vertical also start to roll as well. Depending on the type of suspension geometry the car has, the wheel will also change camber while when the suspension compresses, some gaining negative camber (adding cornering grip) and others gaining positive camber (reducing cornering grip). 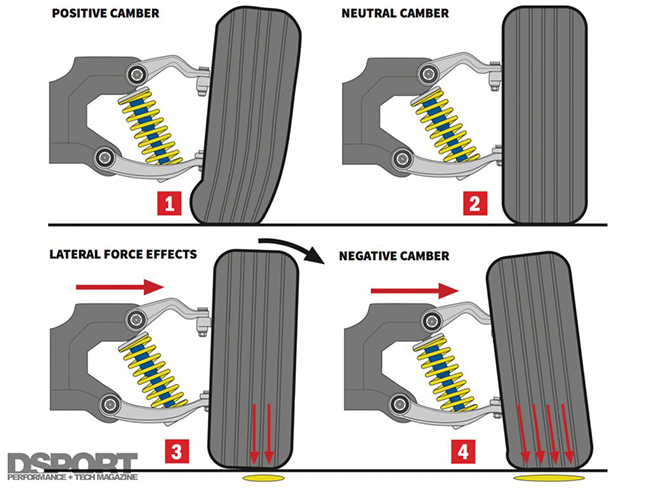 Also, when a tire generates cornering force, it flexes to the inside. Think back to your pencil eraser in school – it usually wore out on one edge, the leading edge in the direction you were dragging it. The same thing happens to your tire. If your contact patch was nicely parallel to the road when the tire starts flexing, once loaded up in the corner it’s now riding the outside edge of the tire. 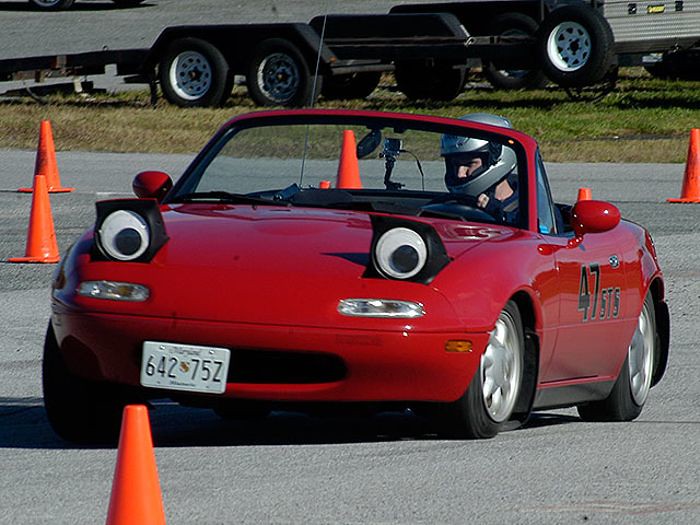 The Subaru BRZ that my wife drives on track is a perfect example. It’s a great car stock, but it’s relatively soft and only has a little bit of negative camber. I would drive the car sometimes when my E30 track monster wasn’t ready to go and I would obliterate the outer half of the front tires, so much so that the inside was nearly new with stickier tires like the Bridgestone Potenza RE71R, killing a set in a weekend. 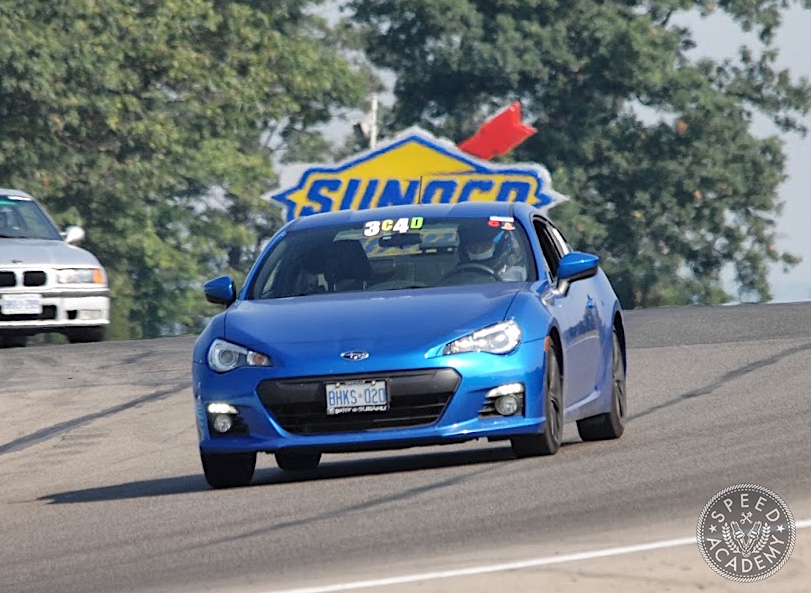 You can see in this photo from Watkins Glen, both problems being painfully visible. As the body rolls from weight transfer in a corner, the wheel which used to have a little negative camber is actually positive relative to the track surface. Add to that the significant tire flex and I’m cornering on the outside edge of the tire, resulting in both a ton of understeer and very poor tire wear.

Anytime I ask my wife to let me mod her car, she tells me to leave it well alone and go mess with my stupid race car instead. But once she heard that this mod would result in extended tire life, I got the green light.

There are some simpler solutions like crash bolts which are designed to correct small camber changes from bent suspension of a crashed car, but the best and simplest aftermarket solution is what are known as camber plates. These let you adjust the upper strut attachment point to change your “stance” or more accurately adjust the camber in a positive or negative direction. The better camber plates also allow you to change the caster (defined as the angle created by the steering’s pivot point from the front to back of the vehicle).

One of my favourites for the 86 twins is by Raceseng, so I ordered a set. 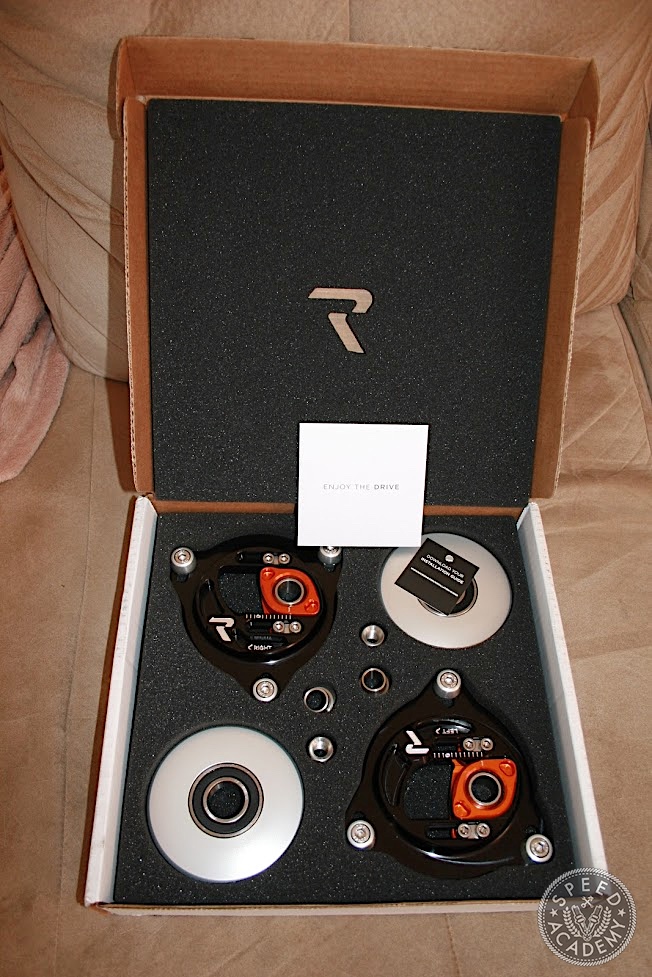 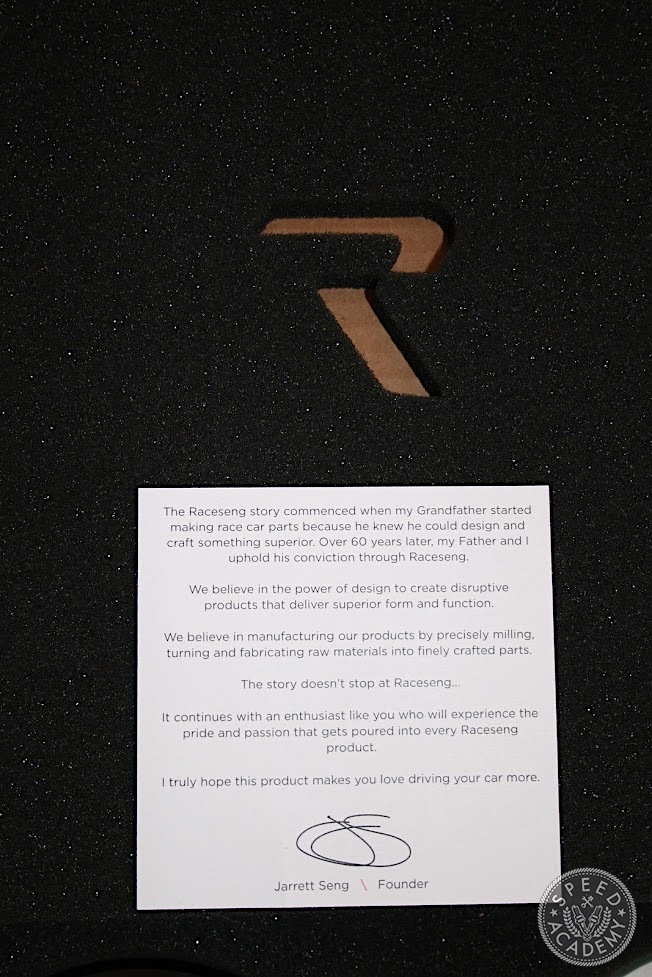 The packaging blew me away. From being presented like jewellery, to the personal note from the company owner, I was really impressed. These things shouldn’t be important, but to me they show what I call give-a-shit and they tell you a lot more about the company and its products than just the obvious. 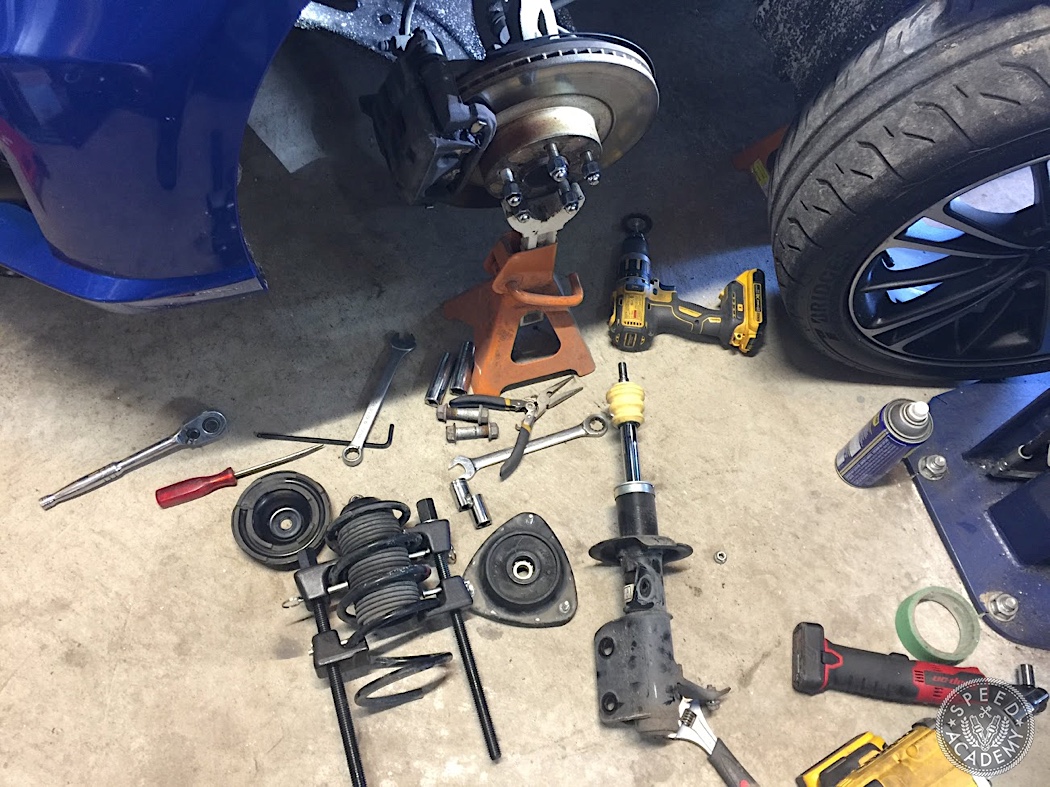 The install was very straightforward as is the case on most Mac strut cars. If you have aftermarket coilovers, it’s often even easier since the use of a spring compressor isn’t involved. For a quick visual on how to install coilovers on a FR-S or BRZ, check out the recent Speed Academy video above. 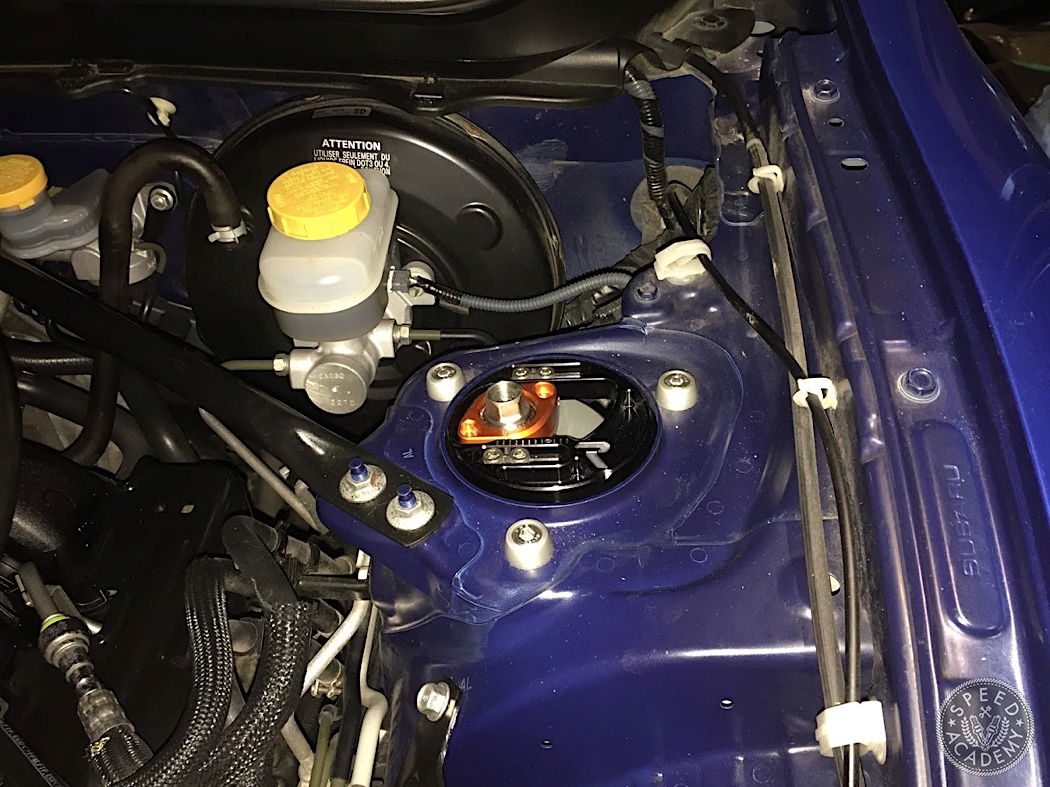 I maxed out the camber (also caster, since I want maximum stability at the high speed racetracks we attend) and went to test the car at Canadian Tire Motorsports Park (Mosport). 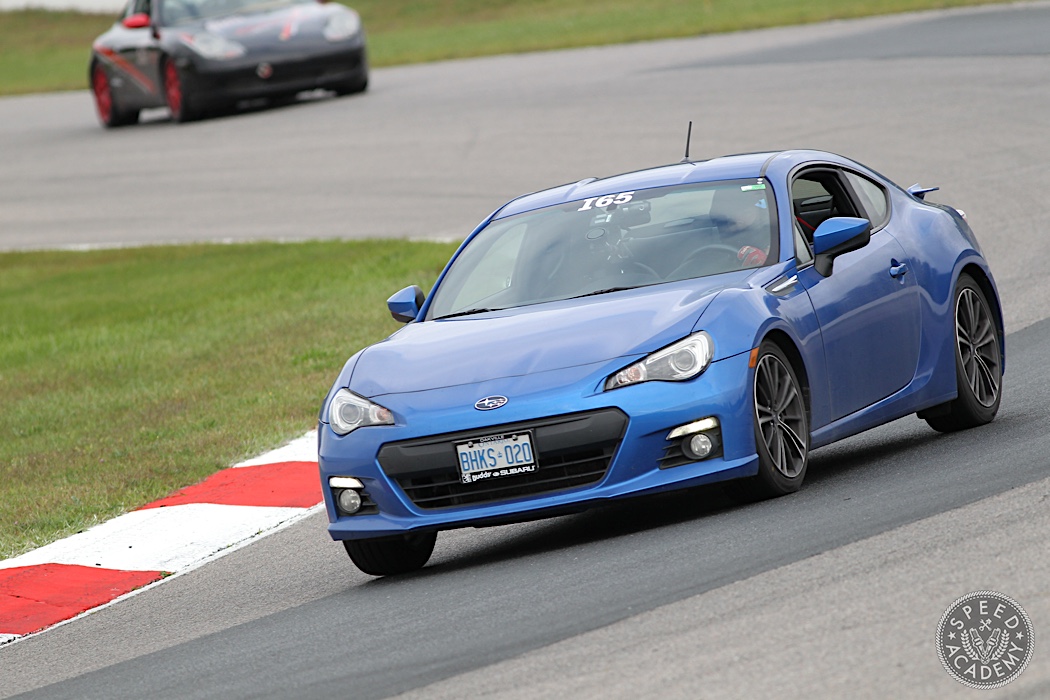 The picture speaks for itself. The car still has its soft stock suspension so it rolls a lot, and the tires are flexing under, but the wheel is effectively vertical or a little bit negative so the tires wear evenly and more importantly for me, the understeer is all but gone, with no perceptible loss of braking performance.