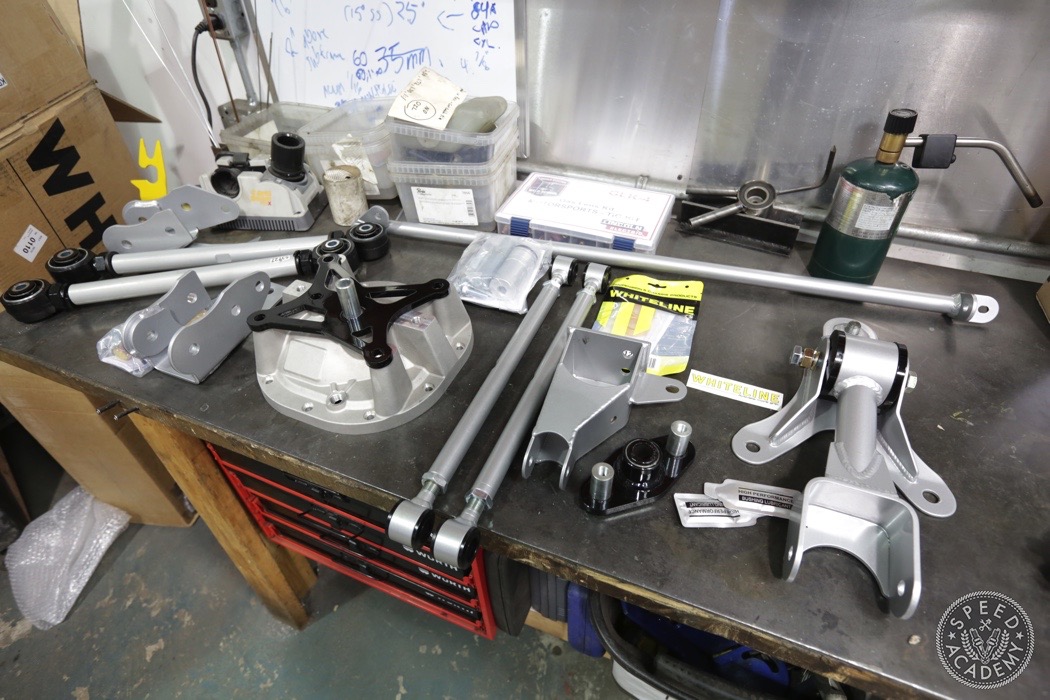 Our previous update on the Mullet Mustang, supported by Turn14 Distribution, showed you how we knocked 7-seconds off its lap time (from a 1:31 to a 1:24) around Toronto Motorsport Park’s 2-km, 11-turn road course. And now I’ll explain how we knocked another 1.5-seconds off, bringing its best lap on the Kumho PS91 max performance summer tires down to 1:22.6. 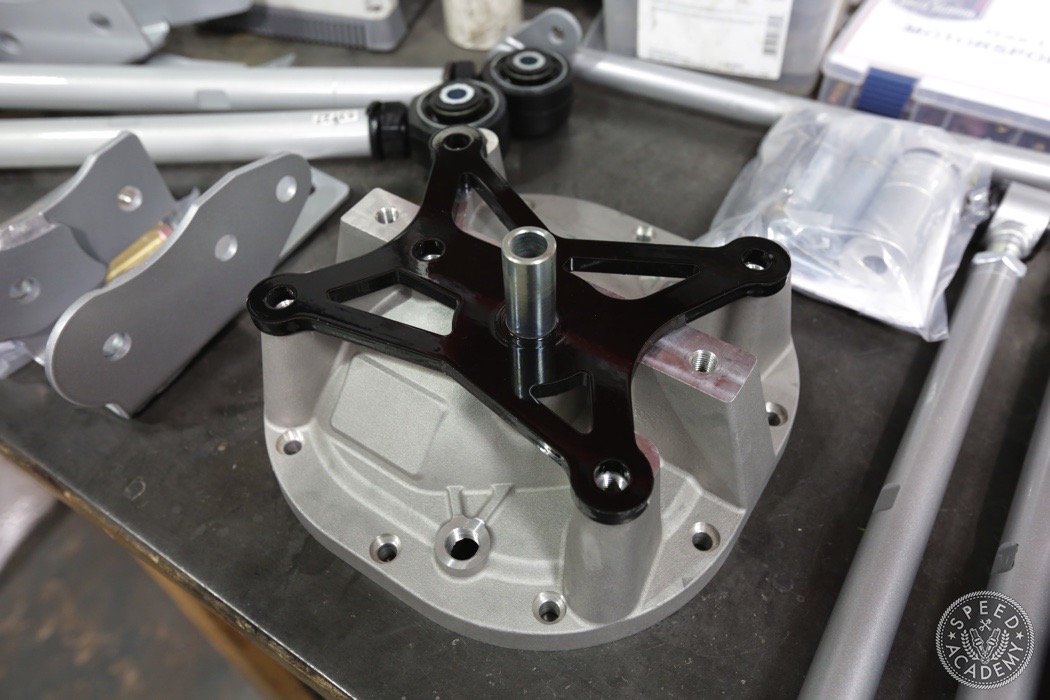 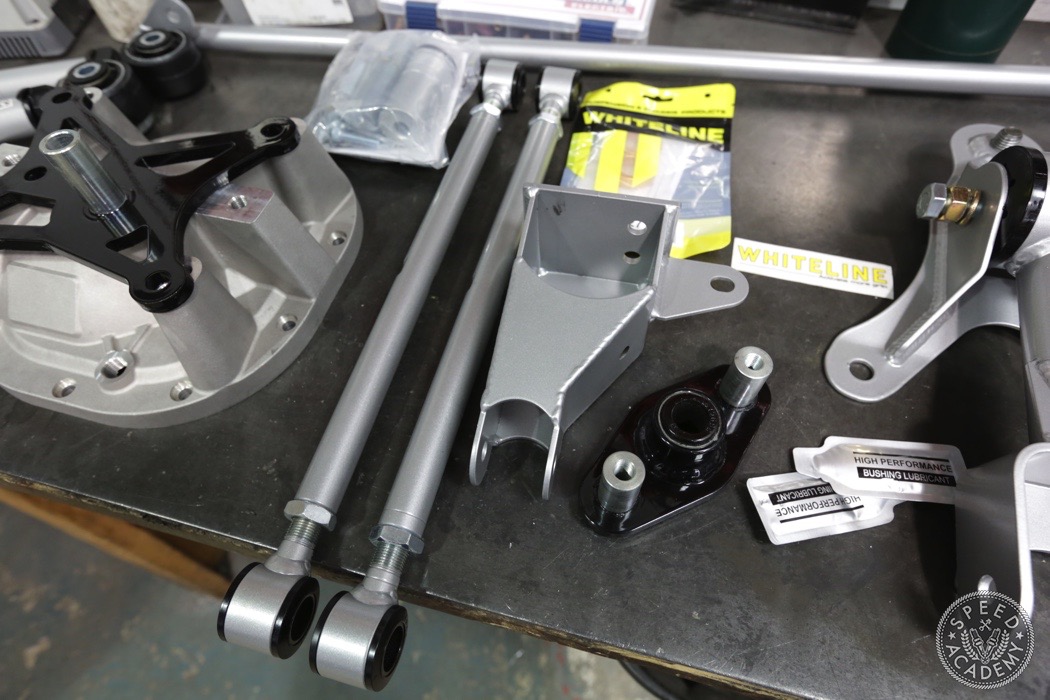 We noticed two big issues with our 2005 Mustang GT during the previous track test, the gearing being too long to make full and proper use of the 4.6L V8’s powerband and the live rear axle having an unsettled and vague feeling that didn’t inspire much confidence at the limit. To address these shortcomings, we dialed up our friends at Whiteline, who make a wide range of suspension tuning parts for many of today’s most popular performance vehicles including the S197 Mustang. The big ticket item we ordered up is their Watts Link assembly, which does away with the standard panhard bar and replaces it with a very slick Watts link setup using a beautifully constructed aluminum differential cover and mounting plate along with two 4130 Chromalloy adjustable arms.

Both a panhard rod (a single link that attaches to the chassis on one end and the axle on the other end) or a Watts link assembly (two links that attach to a pivot point on the diff cover and to each side of the chassis) are designed to control the rear axle’s lateral movement while cornering. With a panhard bar, as the axle moves up and down over bumps or as the suspension moves through compression and rebound while cornering aggressively at the track, it travels on an arc defined by the panhard bar’s radius. As it travels on this arc its roll center changes, since the roll center is at the midpoint of the panhard bar and its distance from the axle and contact patch changes as the suspension moves. The axle is also allowed to move slightly left and right as it travels up and down, although the bar is as long and as parallel to the ground as possible in order to minimize this movement. The left/right movement is a bit disconcerting from the driver’s seat, but it’s really the changing roll center inherent to a panhard bar design that gives the rear end that nervous feeling, since with changes to roll center comes changing grip levels and changing handling balance (lowering the rear roll center tends to move the chassis balance toward understeer, while raising the rear roll center tends to move the handling balance toward oversteer).

Enter the Watts link, invented by James Watt in 1784. By using two links of equal length that pivot on a central bell crank (in our case on the diff cover), the roll center is fixed at this central pivot location. This means you now have a consistent roll center location relative to the location of the rear contact patches, resulting in more consistent grip and predictable handling. The equal length arms with a left and right attachment point to the chassis also mean we get rid of any side-to-side movement of the axle, so no more squirmy feeling rear end. 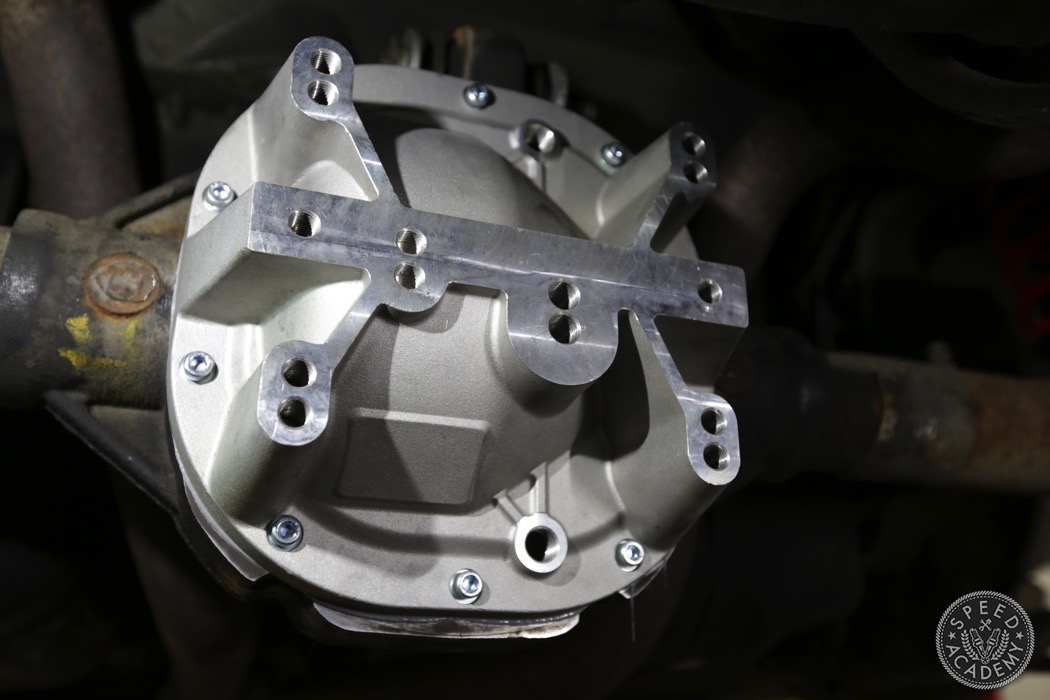 Installation of Whiteline’s Watts link assembly is pretty straightforward, although you do need to drain the diff and ditch the OE cover in favor of this sexy aluminum masterpiece, plus you need to spend a bit of time adjusting the length of the two arms in order to center the rear axle. But before that, we took the opportunity to swap in Ford Performance 4.10 gears and Traction-Lok differential rebuild kit with carbon discs.

We covered the installation of the 4.10 gears and clutch discs in detail in the above video, the diff rebuild being precautionary since ours has 250,000 km on it, while the 4.10 gears should help acceleration tremendously and improve both our lap times around the road course and our ET’s down the dragstrip. 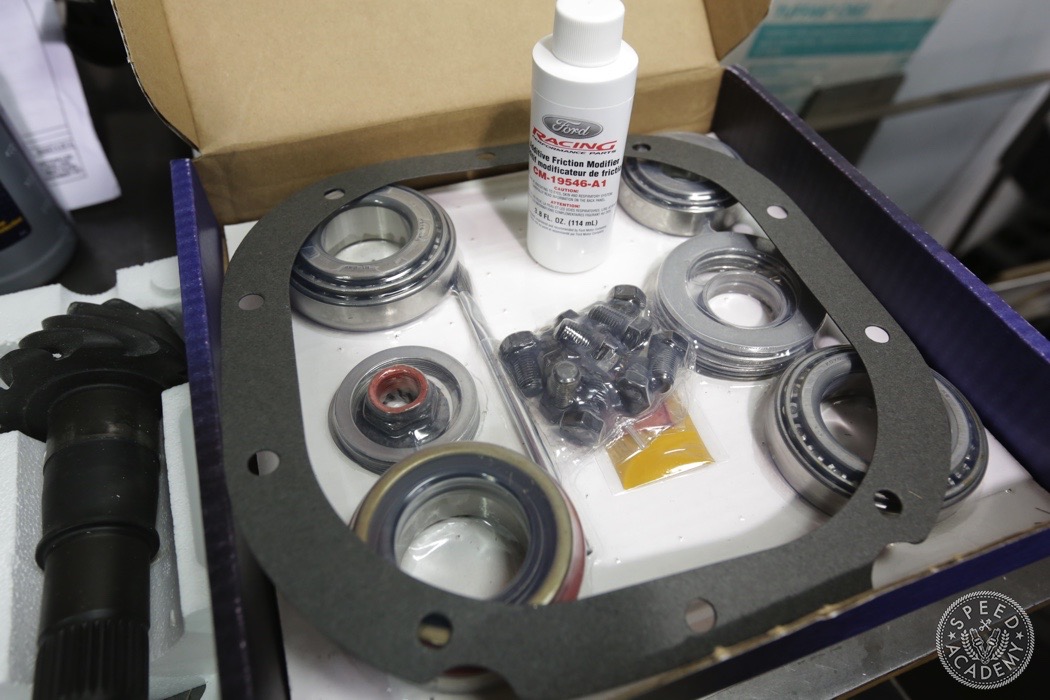 Since the Internet hasn’t figured out how to transmit smell yet, I should warn you that the Ford Racing friction modifier we bought to soak the carbon discs in (as per Ford’s instructions) smells worse than…well, anything you’ve ever smelled before in your life. If you’re anything like me, smelling this stuff will literally make you wretch. But this magic sauce allows the discs to break in properly and limits friction enough that you don’t get any chattering or excessive lock-up on slow, tight turns.

In Part 2 of the Rear End Rebuild video (above) we covered the installation of all the Whiteline goodies, including the Watt’s rear end as well as rear control arm rear lower mounting brackets and adjustable rear lower control arms.

As a car enthusiast, do you ever have a moment to sit and allow your mind to wander and conjure up interesting combinations of chassis, suspension, and drivetrain – just…