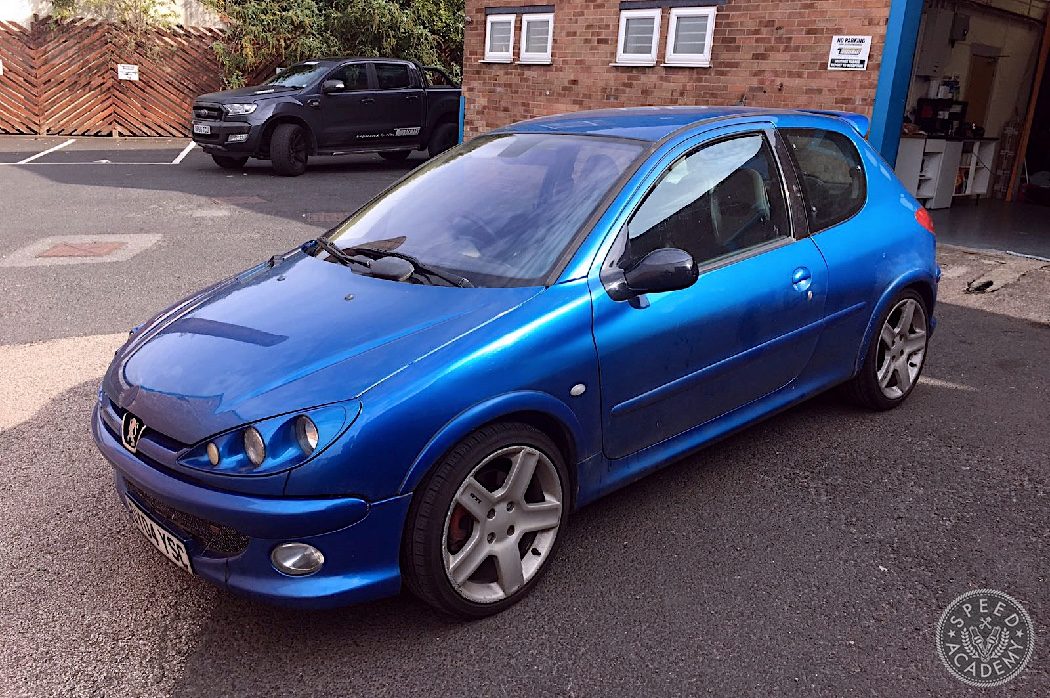 Having bought the car and driven it 200 miles from Norwich back to Birmingham, I’ve learned a few more things about it. The clutch is absolutely finished (was slipping under full throttle in third gear), and there is a serious leak in the power steering system. Both of these aren’t big issues, I have a spare clutch and power steering system in the workshop, but the scale of the problems necessitates their immediate repair prior to any enthusiastic driving. 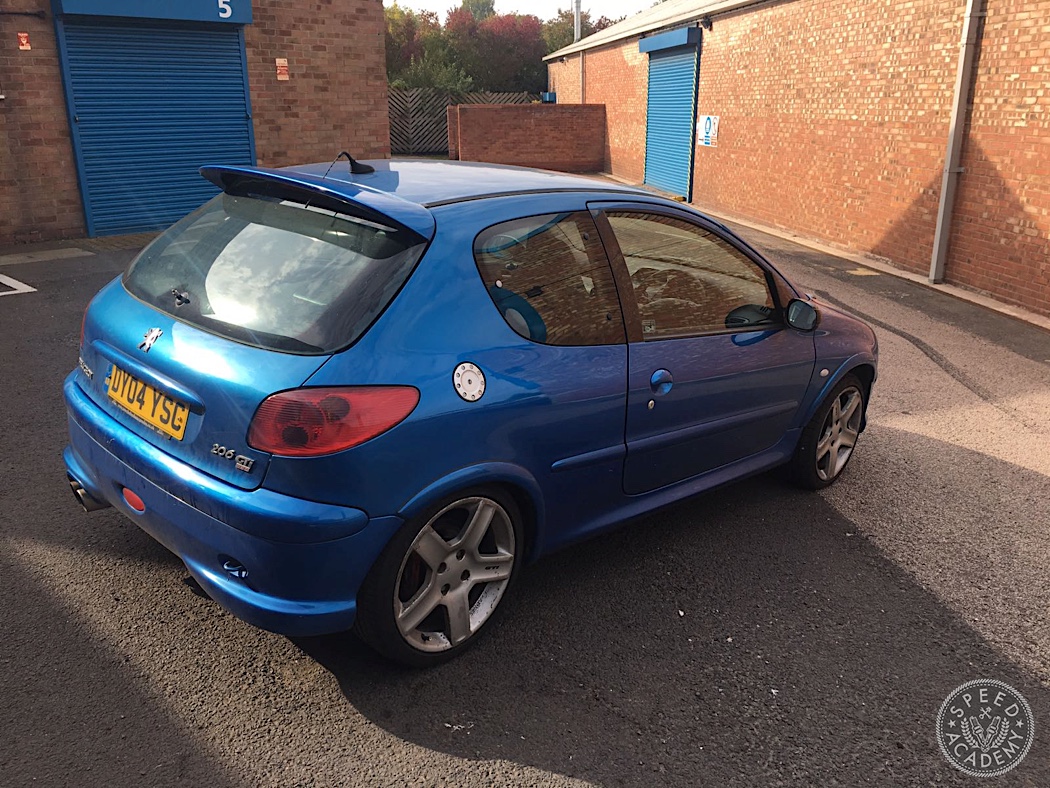 The first task on the agenda was a thorough wash and inspection of the car, and then to try and track down exactly where in the system the power steering leak was coming from.

A close look over the car revealed a few more bumps, scrapes, and broken bits than I’d have preferred, but at least I know what needs repairing or replacing, and it’s nothing too difficult or expensive. 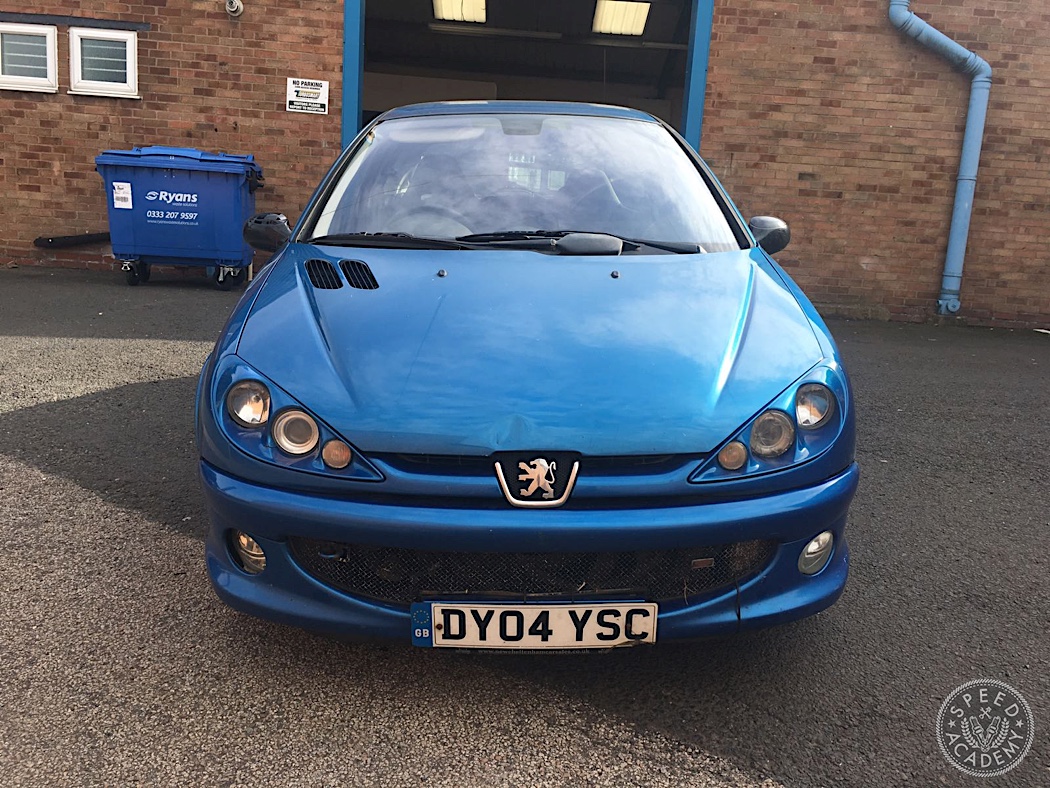 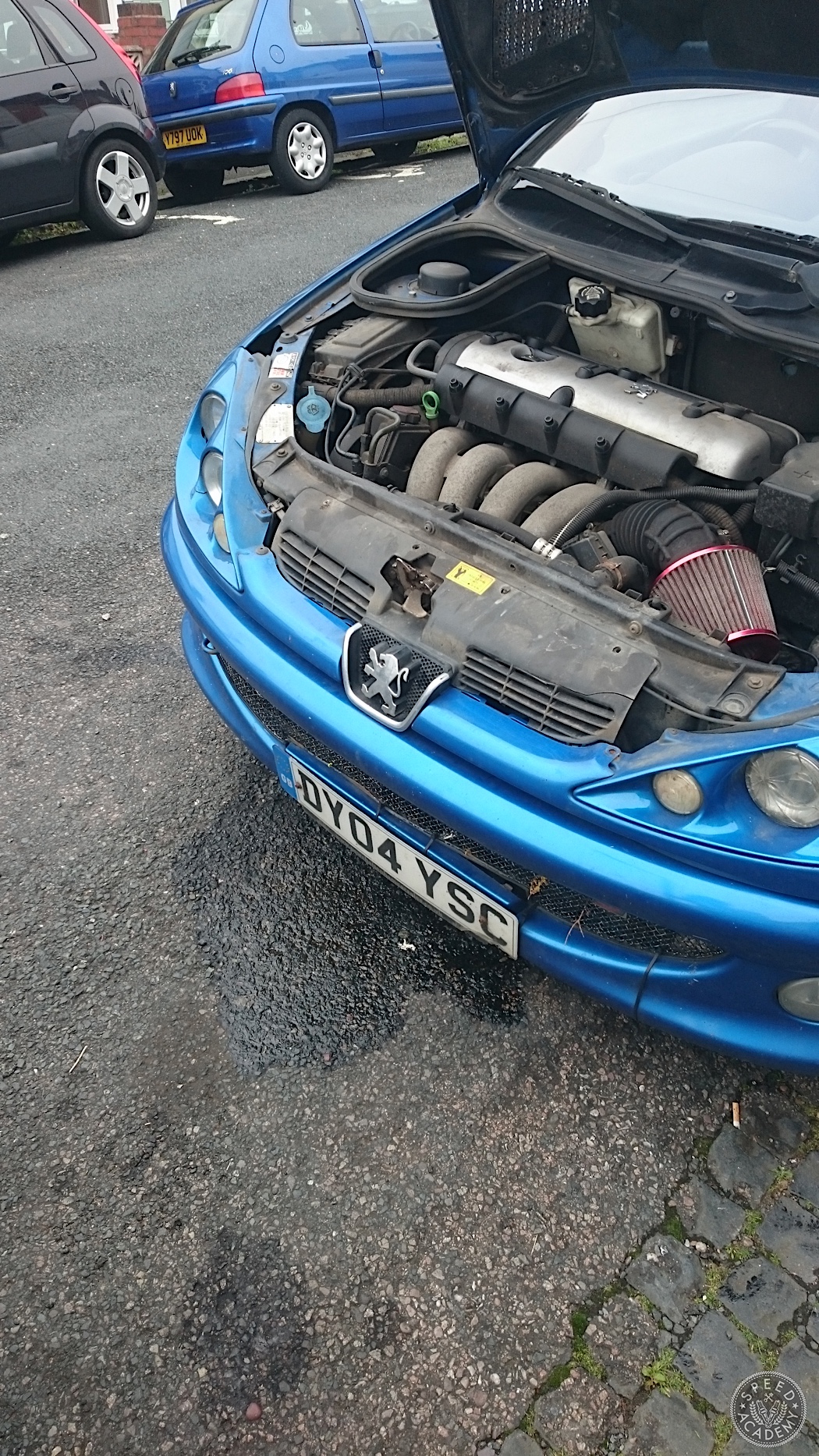 Next was to try and get as much access and visibility to the power steering pump and lines to try and spot the source of the leak. I removed the upper front grill, headlights and started on the front bumper, before realizing I had to remove the wheel arch liners to get to the final bumper bolt.

Removing the arch liners is a pain, but yielded significant weight saving, as there was about 5kg of mud caked onto them. With the arch liners off and pressure blasted clean, the intake pipes which feed the airbox could be removed, along with their brackets, dropping further weight off the car. 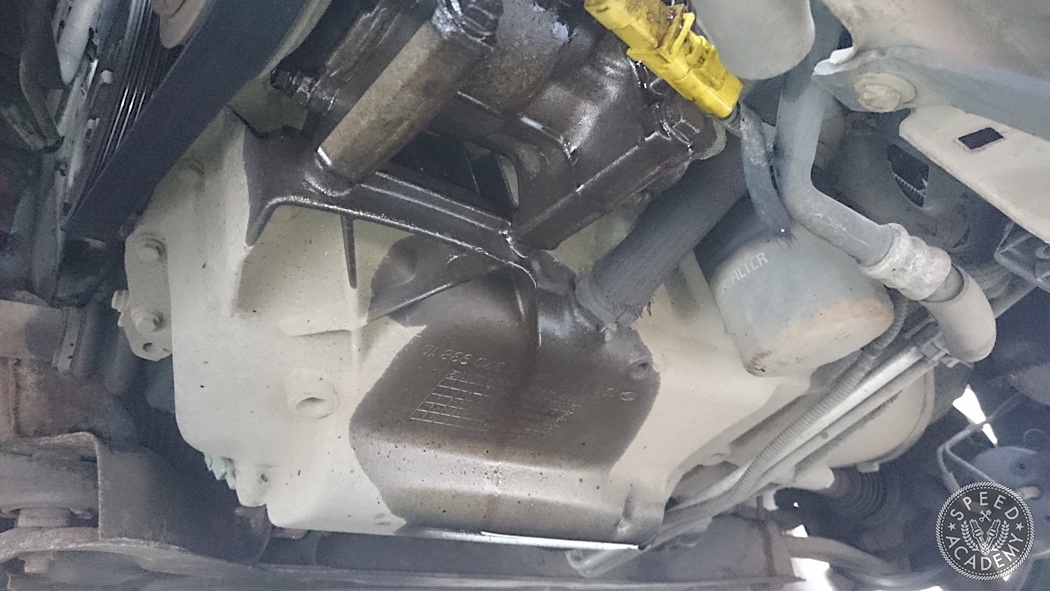 Having finally removed the front bumper, there was still a bumper support, radiator shroud, radiator and air conditioning compressor blocking visibility, and without the time to remove them, I changed the mirrors over to some smaller aftermarket items and called it a day. Not quite as much progress on Day 1 as I’d hoped, but moving in the right direction. 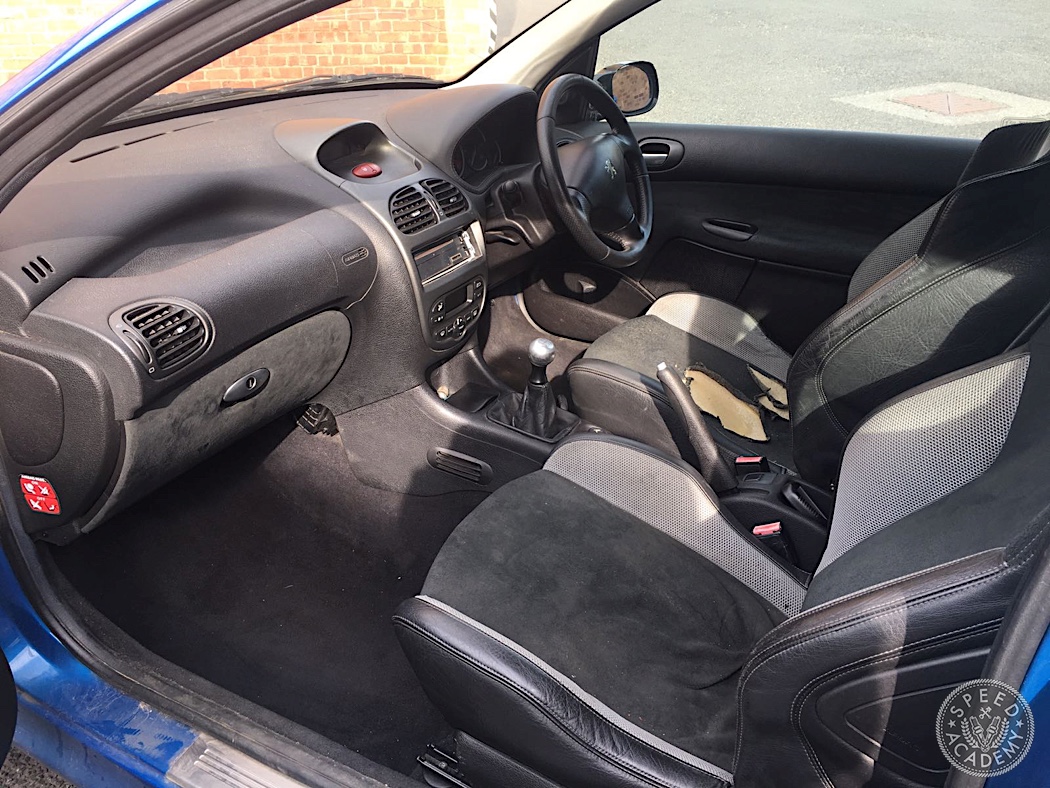 Next time I’ll be working to remove the front bumper support, air conditioning condenser, and cancelling out the airbags that will be removed from the vehicle.

Before getting into any power mods, we headed over to Total Motor Werkes where OnPoint Dyno strapped Project ASS2000, presented by Turn14 Distribution, onto the DynaPack hub dyno to see what…