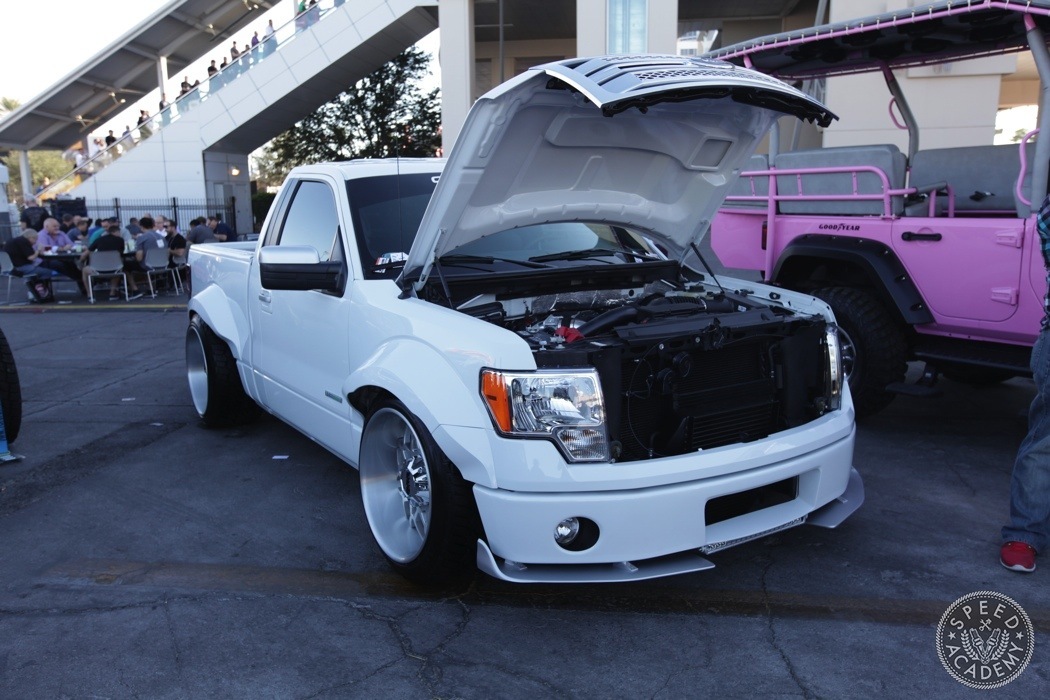 Rocket Bunny everything, right? That’s what SEMA seemed like this year. When I saw this Ford truck wearing very familiar looking flares I think it’s safe to say that the over fender trend may have hit its peak. 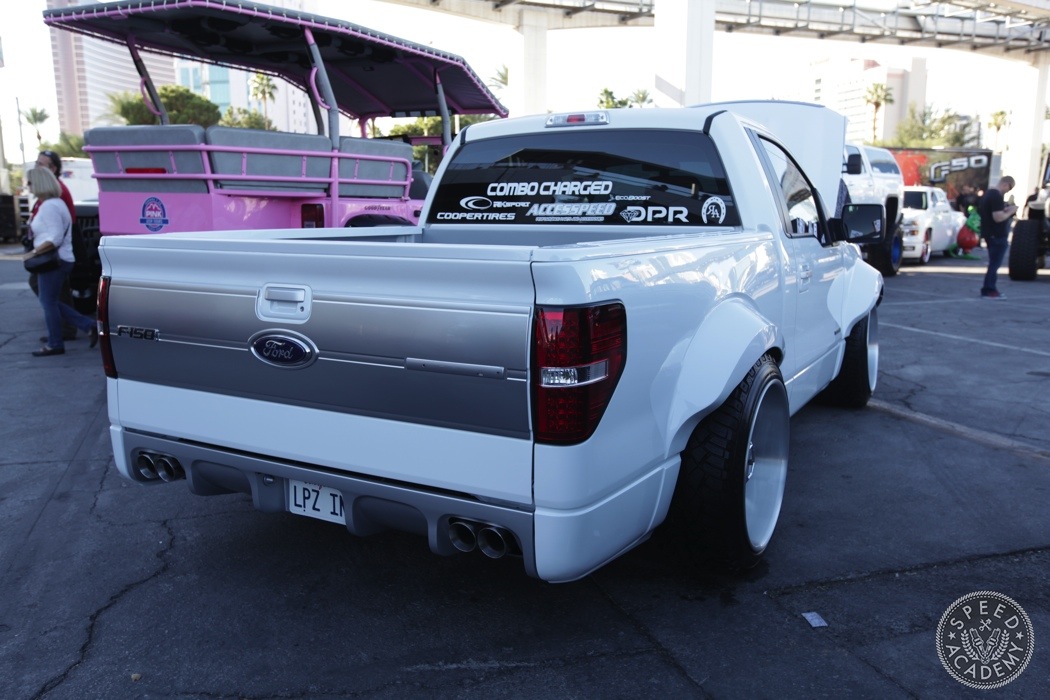 The execution on the truck wasn’t bad at all, the workmanship was actually great but the wheel fitment along with the large proportions of the front flares left something to be desired. 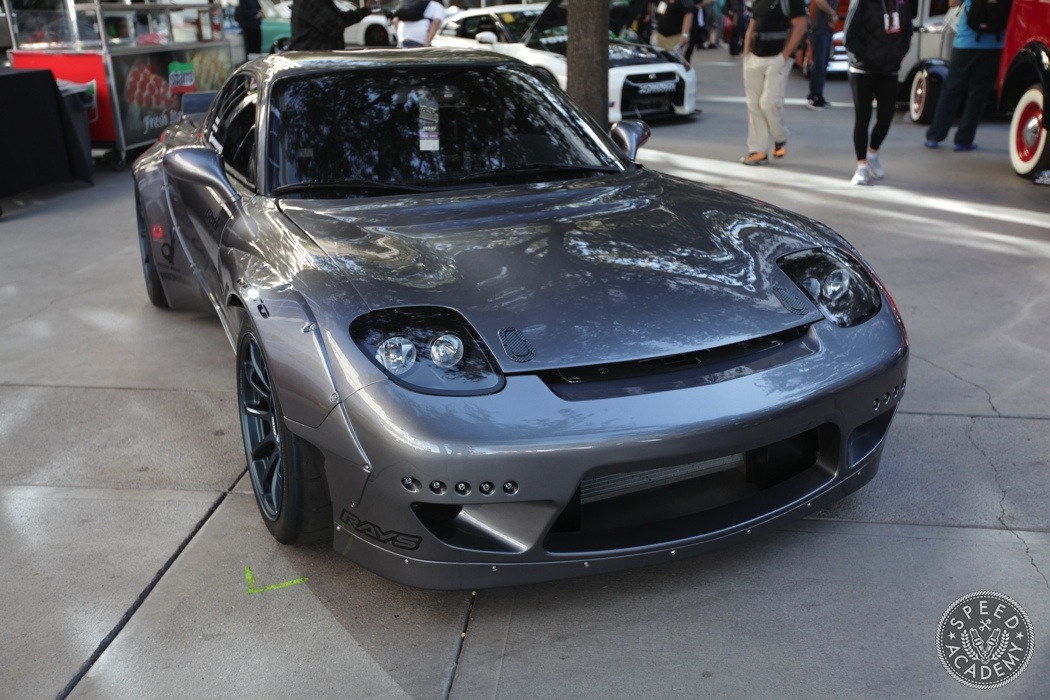 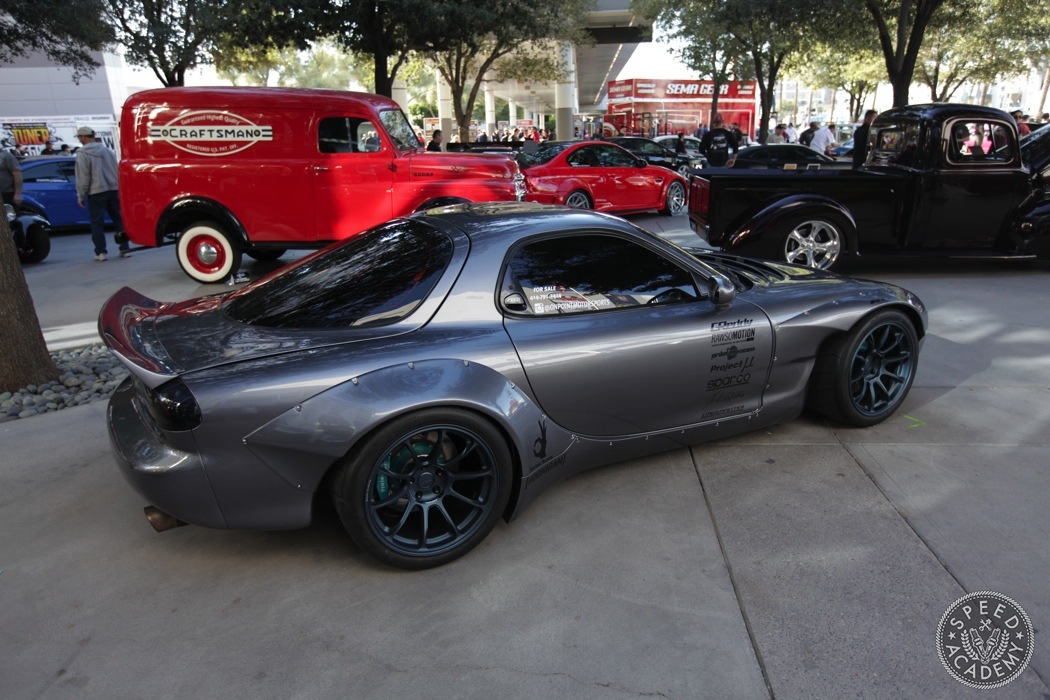 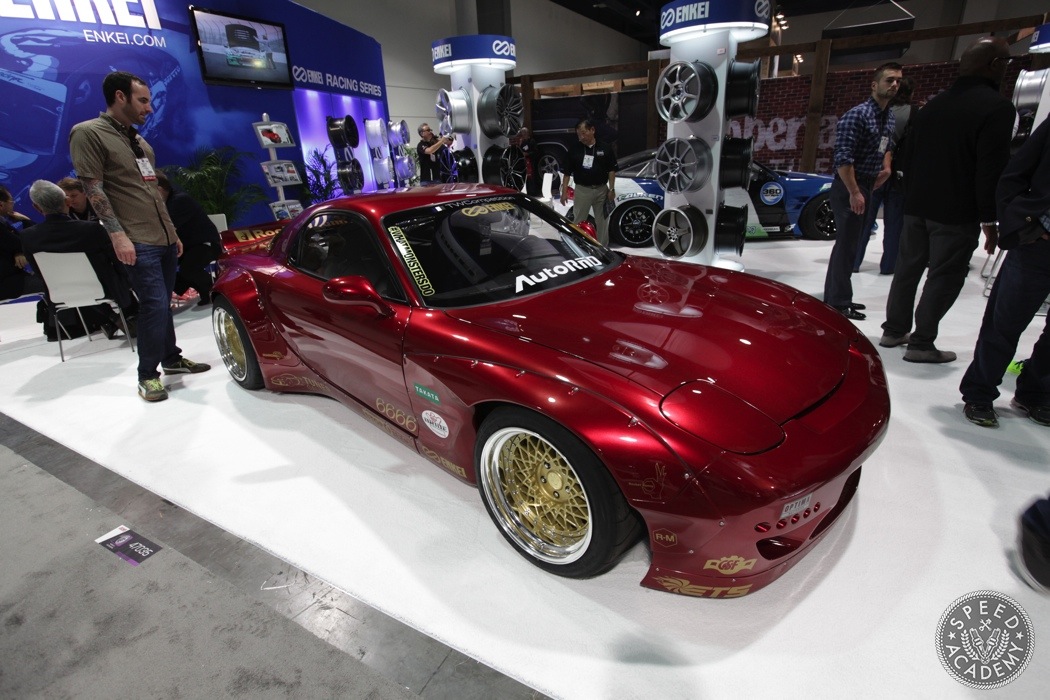 Both of these FD RX-7s were finished to the incredibly high standard expected at SEMA,  but I really struggled with the way the RB kit changes the car’s proportions. The stock front bumper overhang on the FD is perfect and every other body kit seems to recognize this and preserves this element of the car’s design. However, the RB kit chops it off then adds front flares that don’t flow into the bumper, in contrast to how the massive rear flares stretch from the sideskirt upwards. It’s all very un-FD to me, but perhaps that’s the whole point with this kit, to radically change the look of the car? 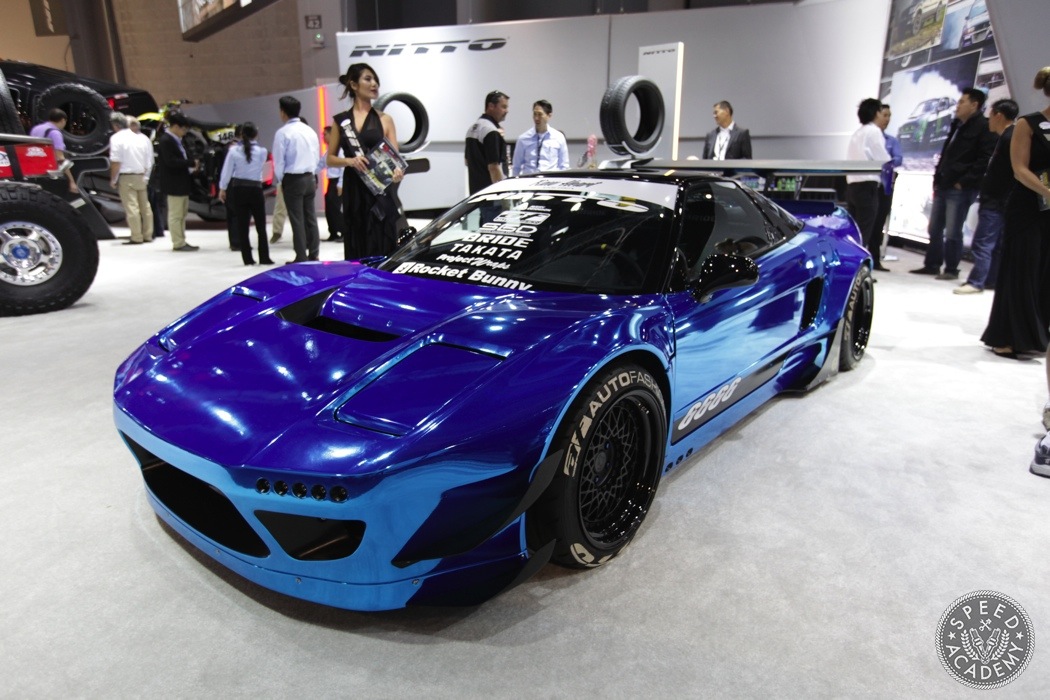 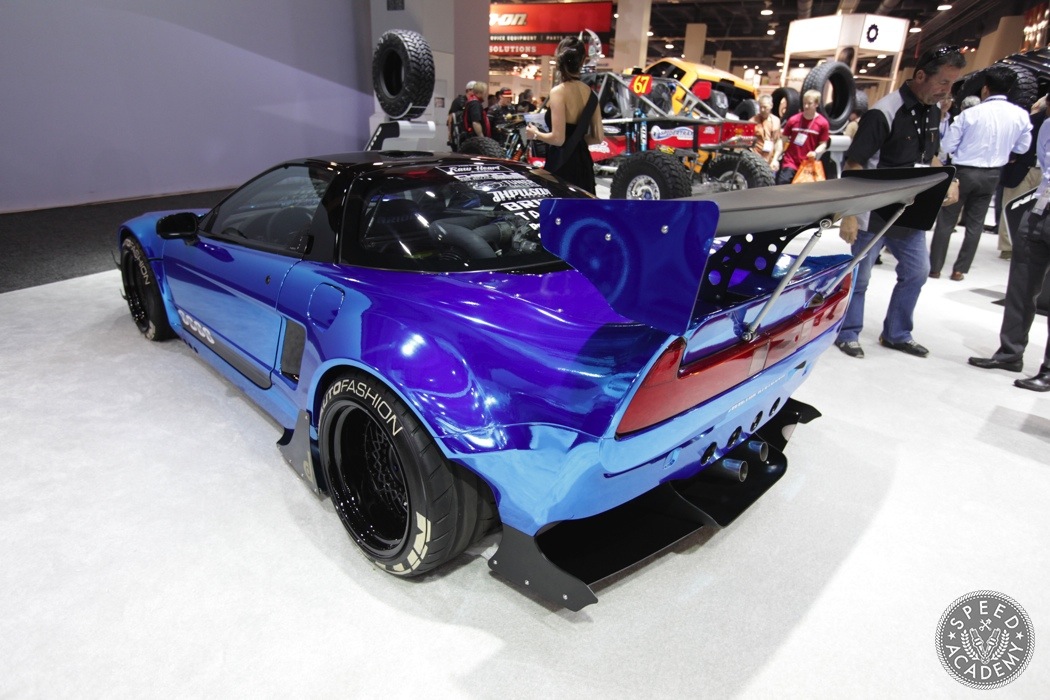 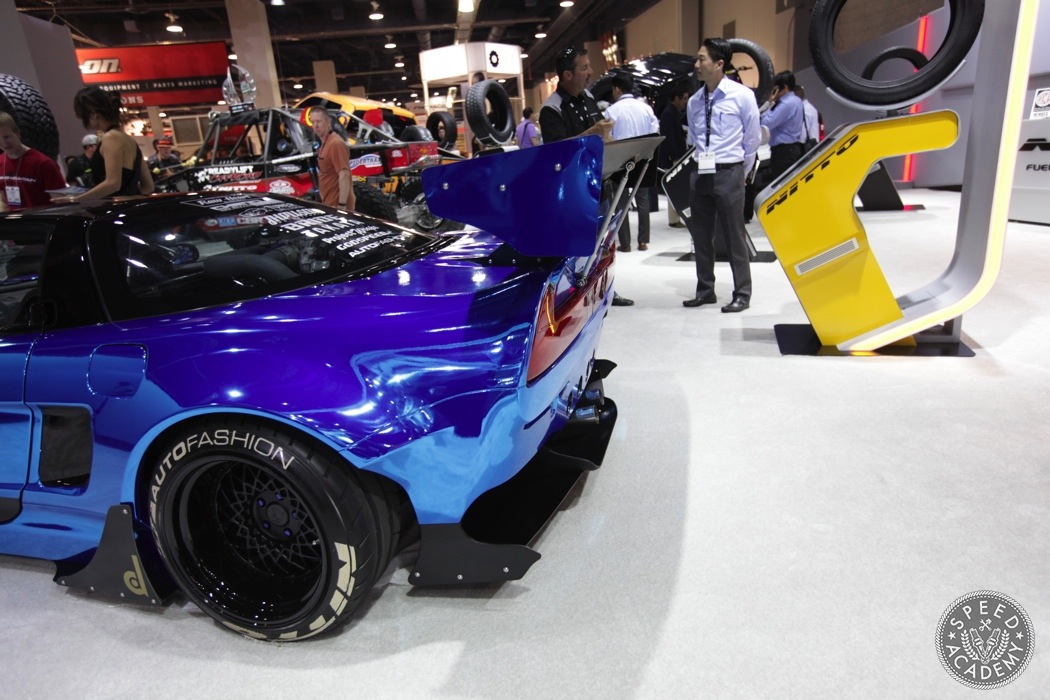 The Rocket Bunnied NSX has the same issue with the flat front bumper, but what really gets me is the rear end and how incomplete it looks without the rear bumper. I’m just not sold on it, despite the incredibly high level of fit and finish on the car. 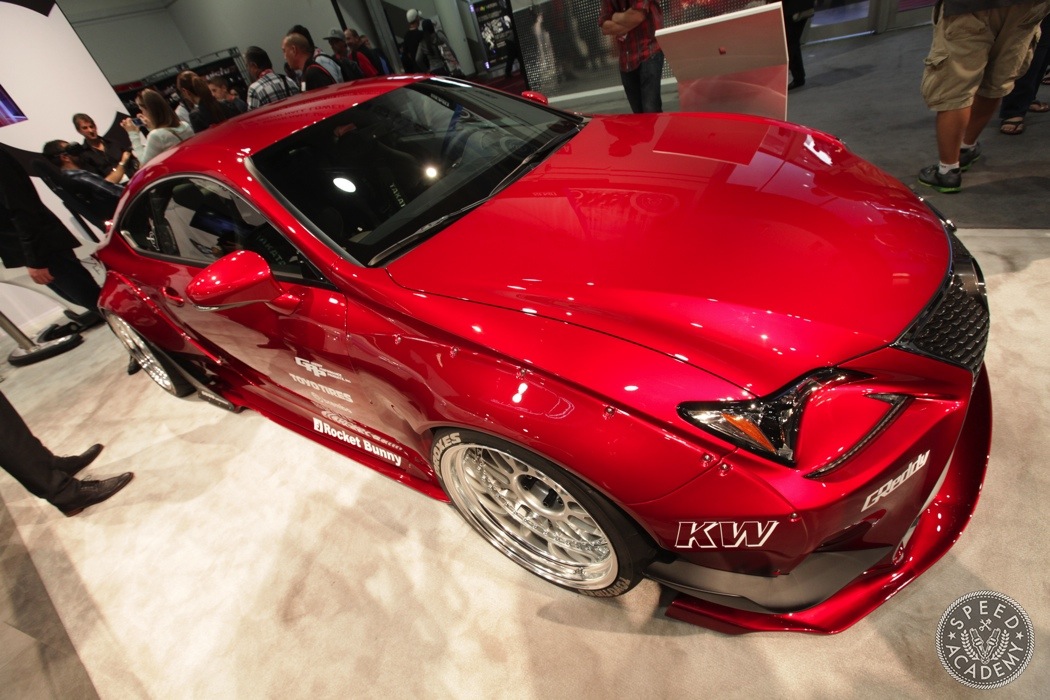 Don’t get me wrong, though, I think there are good looking RB kits. The FR-S version 1 being one of them, and now the new Lexus RC-F that Greddy built. The proportions on these Bunny kits are spot on in my opinion and enhance the existing design of the car, not radically alter it the way the FD and NSX kits do. 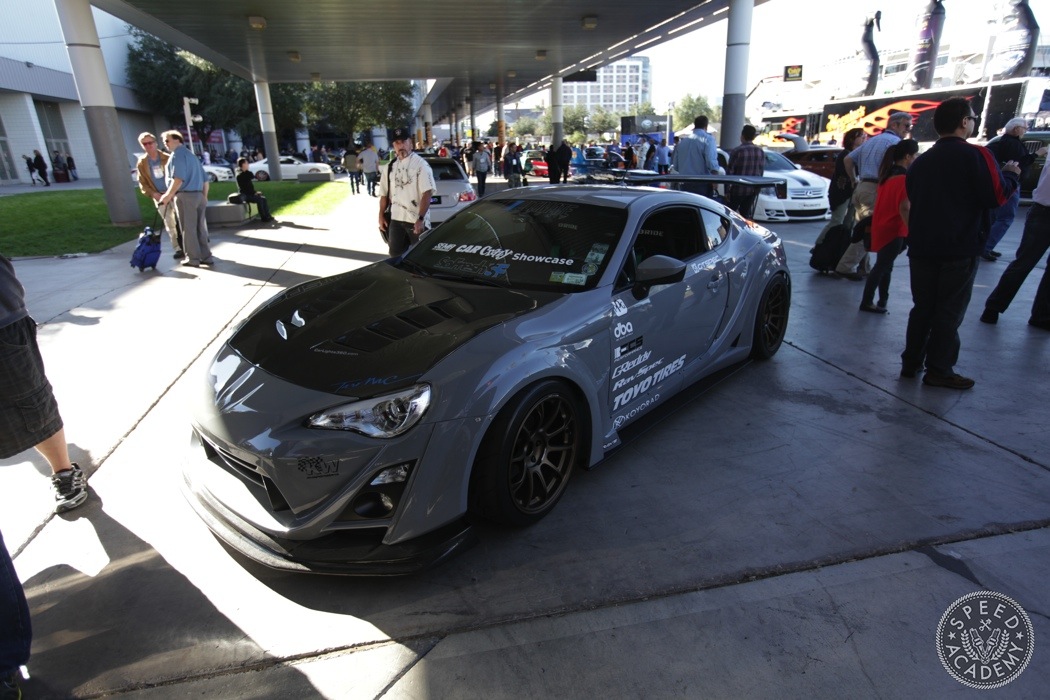 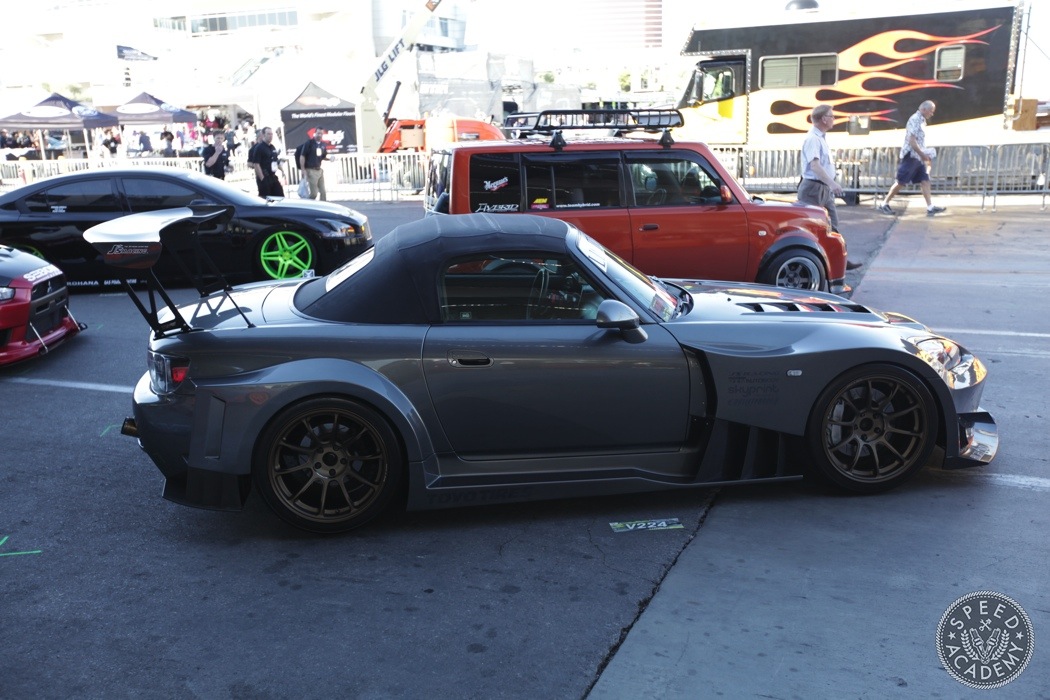 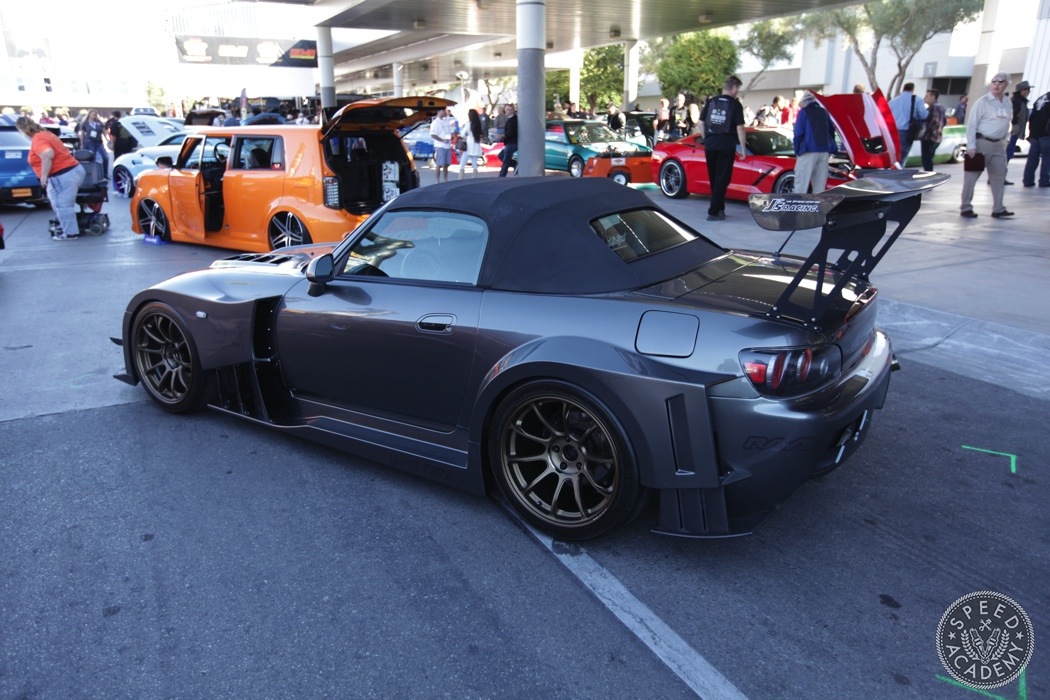 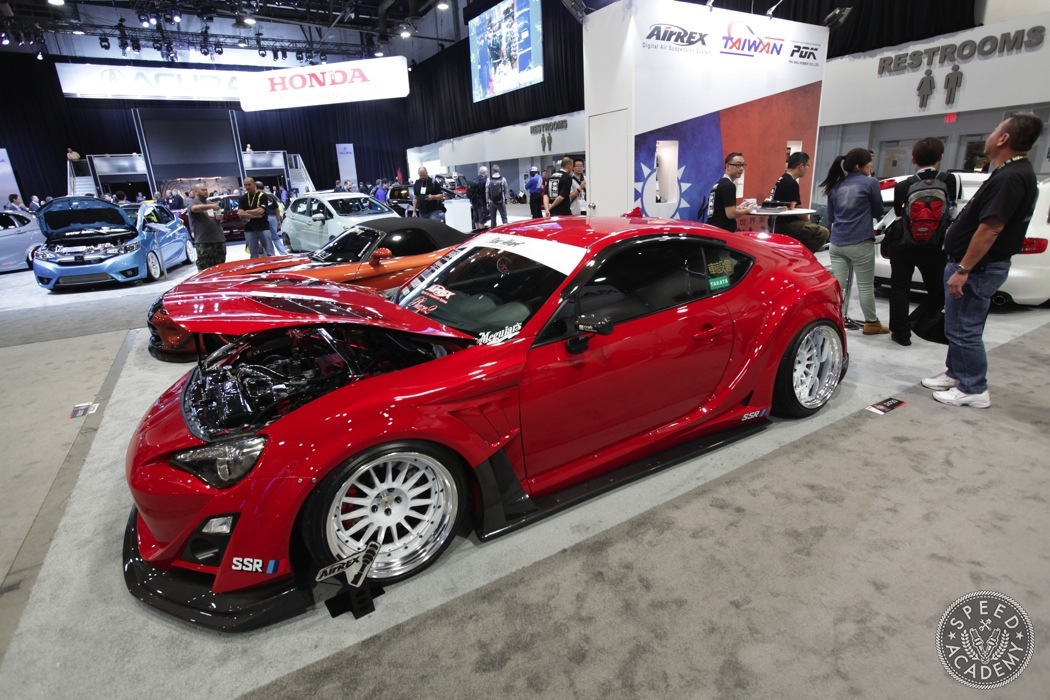 Unlike the RB kits, Varis seems to get it just right and I’m always floored by how well their kits flow with the car’s natural lines. 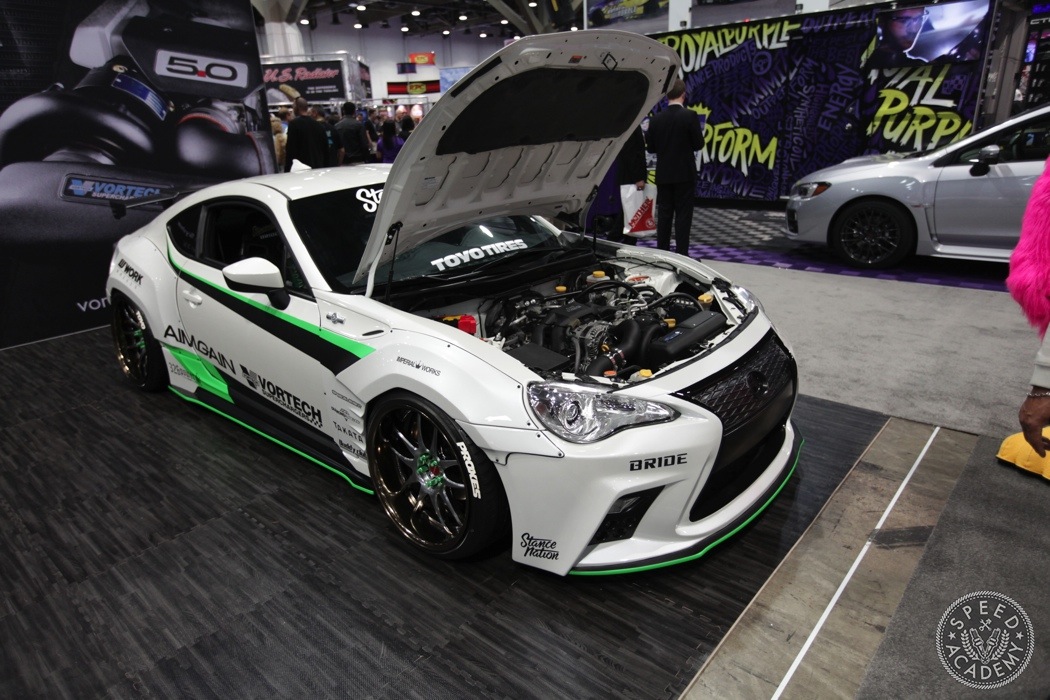 After seeing the AIMGAIN FR-S body kit, I was more impressed with it then when I had originally seen the kit in photos. Its overfenders are much more subtle but that front bumper is what really sets it apart from the other kits for me. 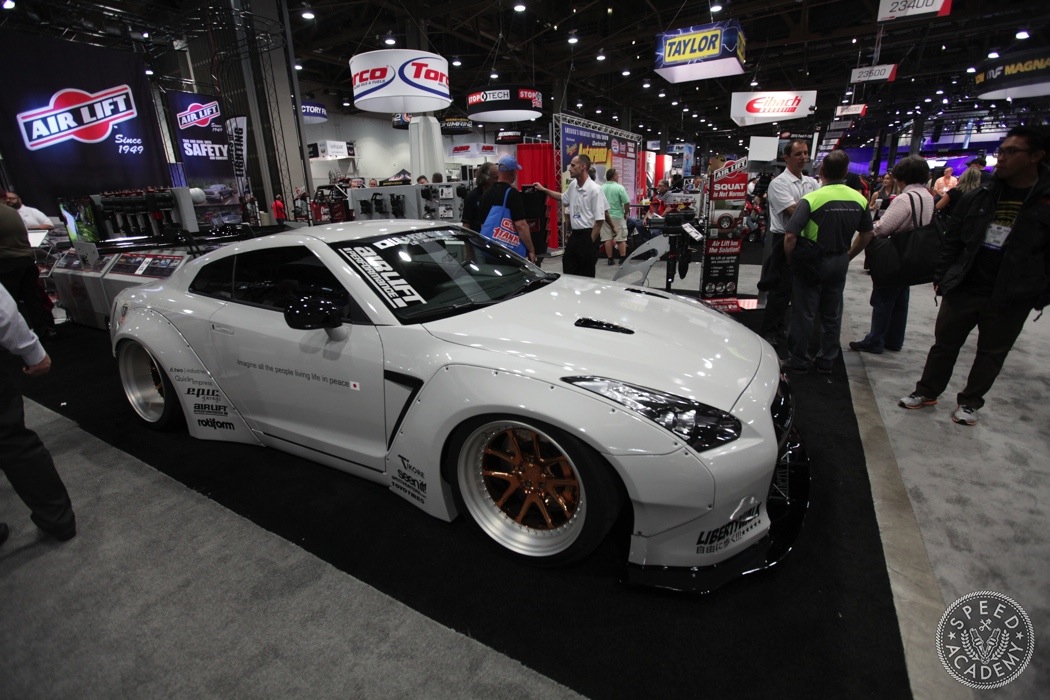 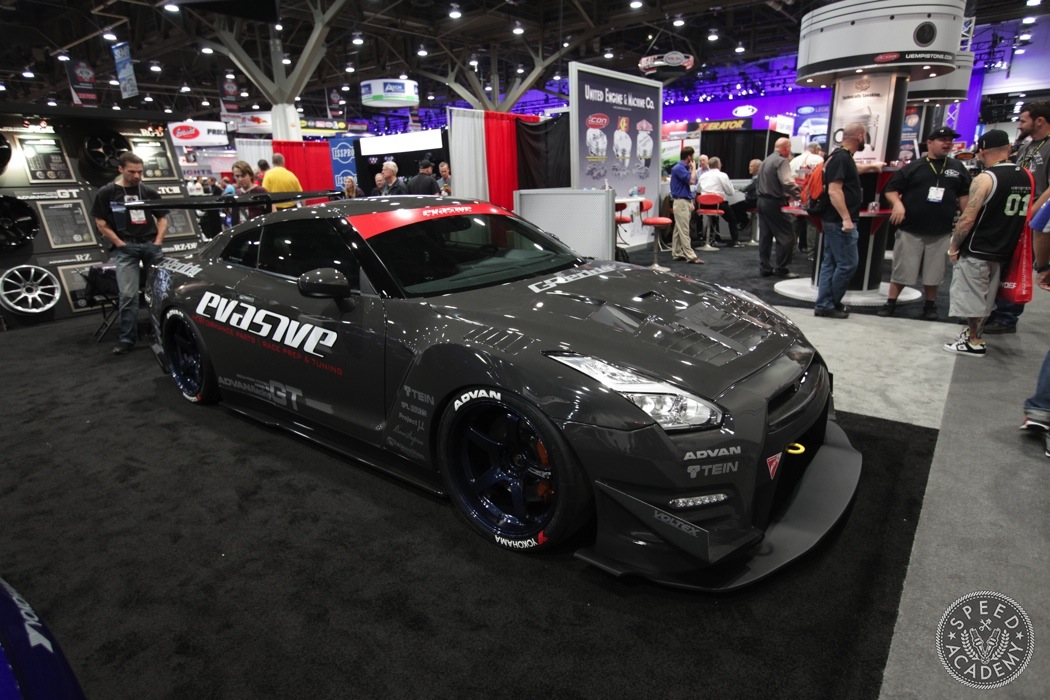 This? Sometimes wide isn’t the answer. I’m in love with the Evasive Motorsports GTR and what you probably don’t notice is that it’s wearing wider front fenders. Just the way I think cars of this nature should be built. Understated but functional. In case you’re curious, the body kit is the latest version of the Ben Sopra kit. 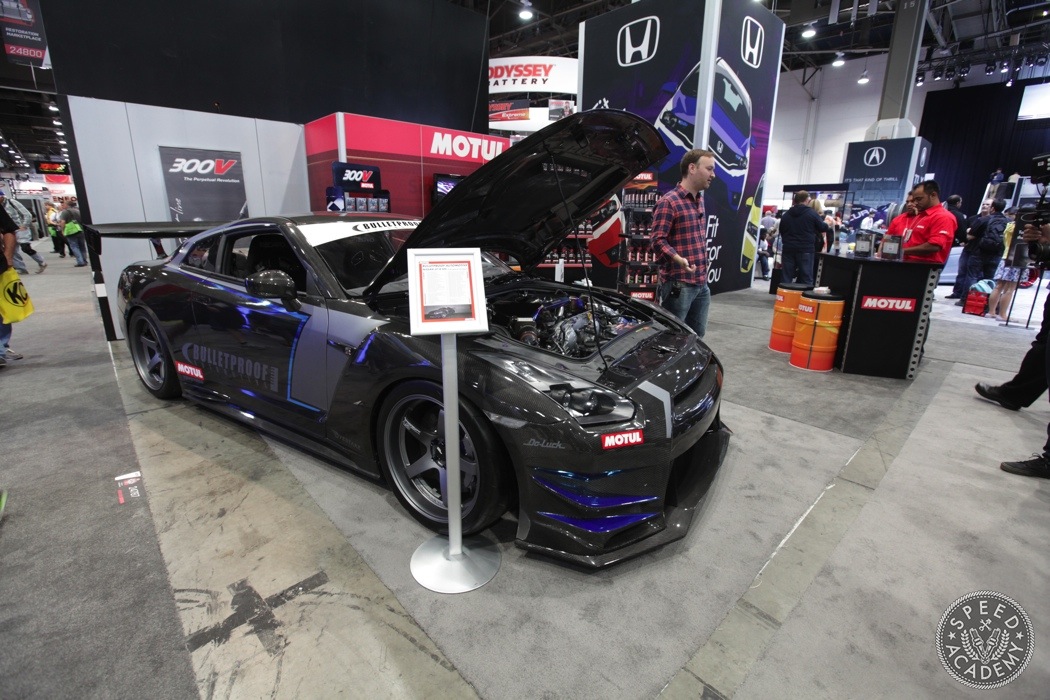 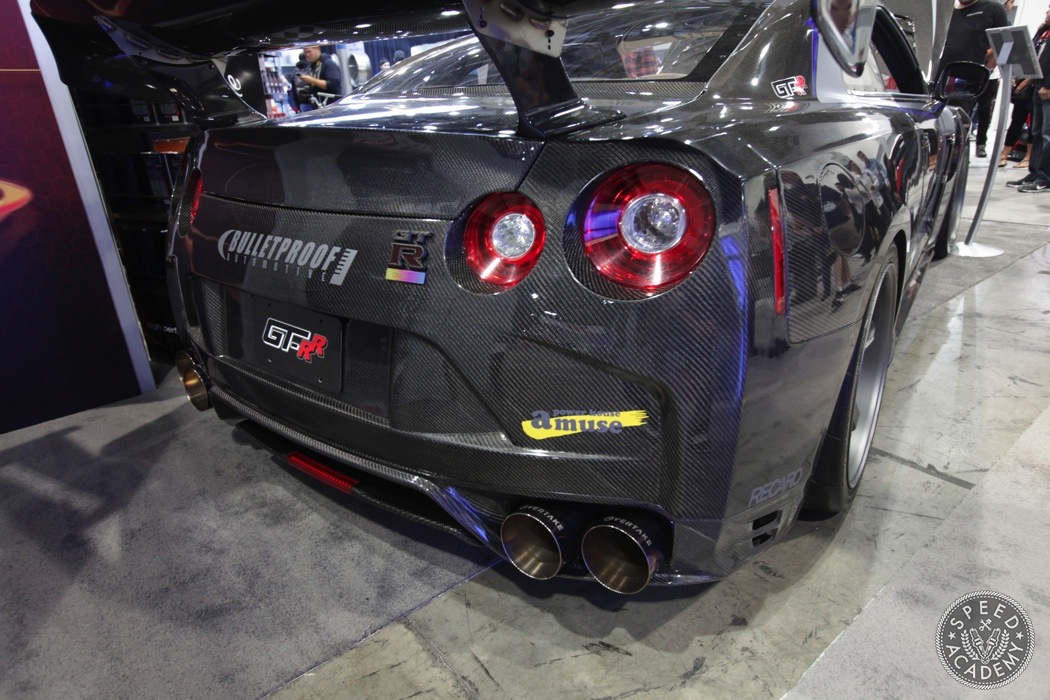 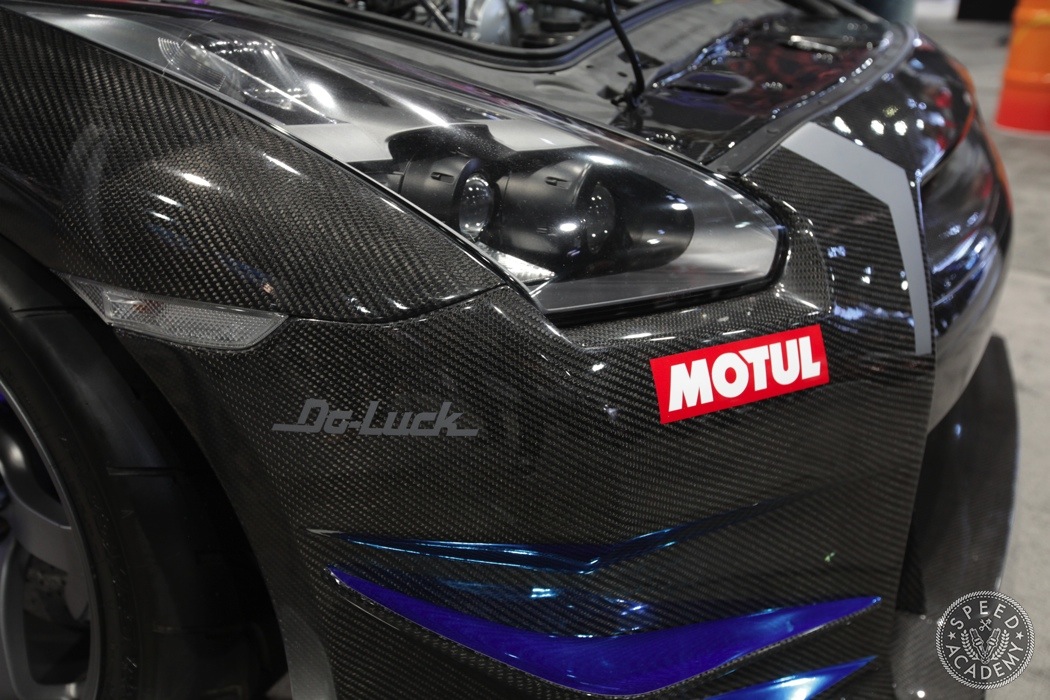 Speaking of GTR’s, Ben over at BulletProof Automotive has been very busy building this stunning all carbon fiber (inside and out) R35 GTR. The only thing going against it is that there’s a display stand placed in the worst possible spot for taking photos! It ruins any good wide photo opportunities with the car. 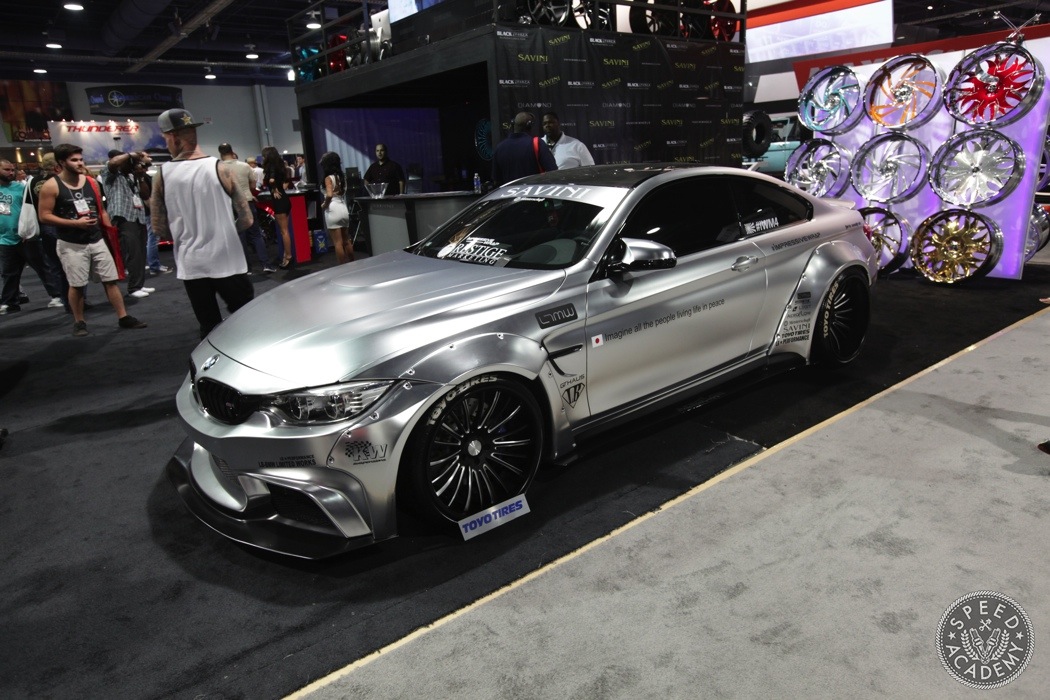 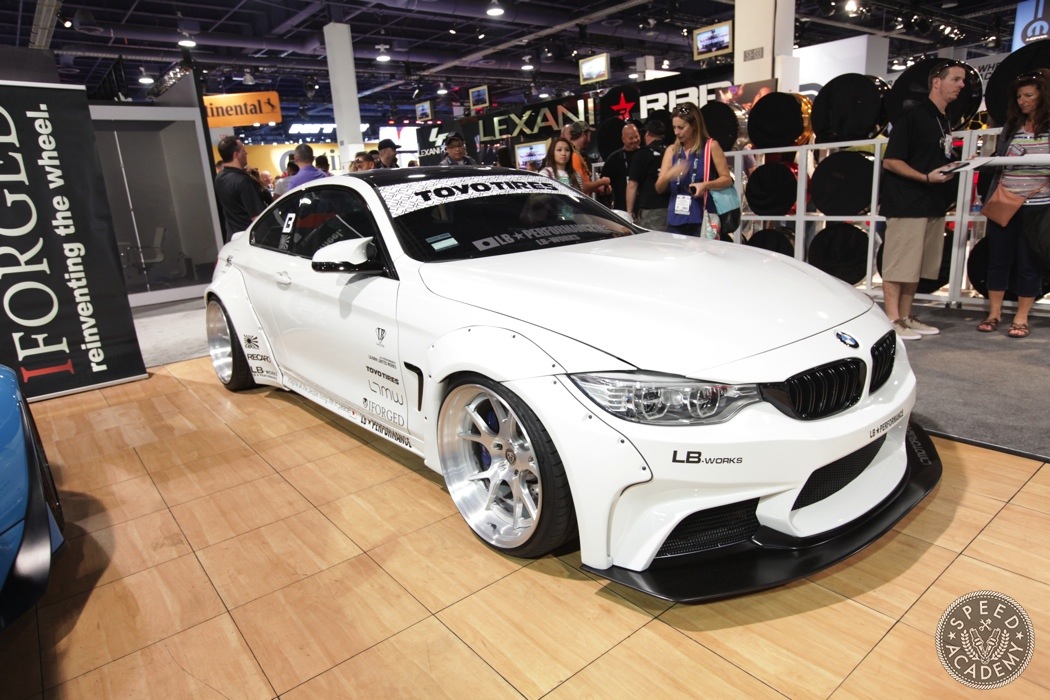 And what about the new Liberty Walk kitted BMW M4’s? I’ll take the stock bodied version, thanks. 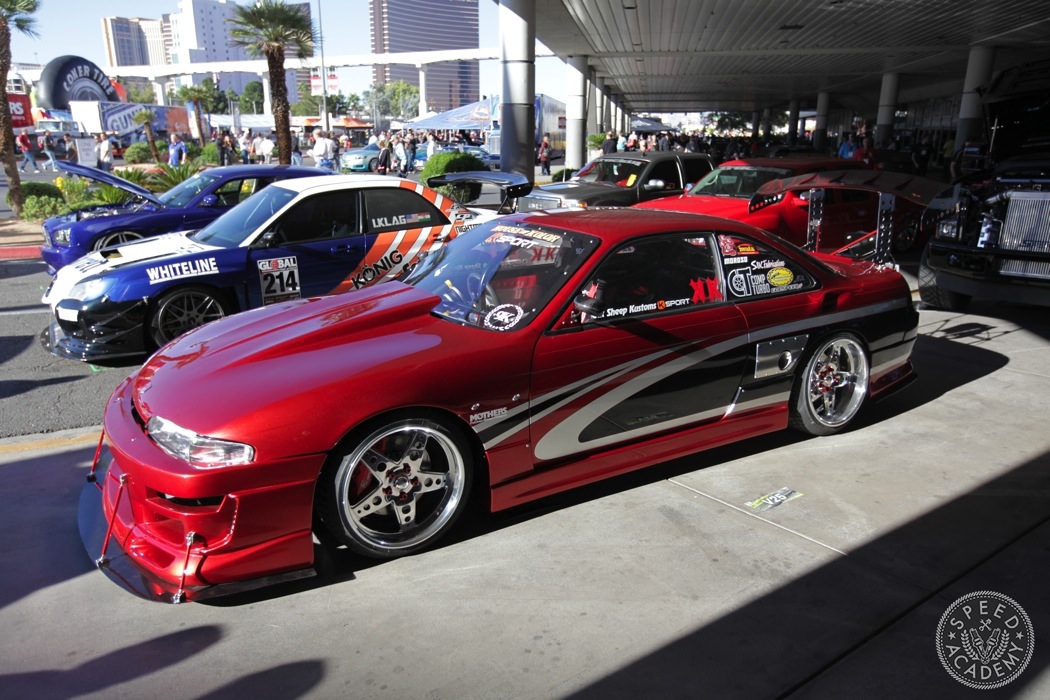 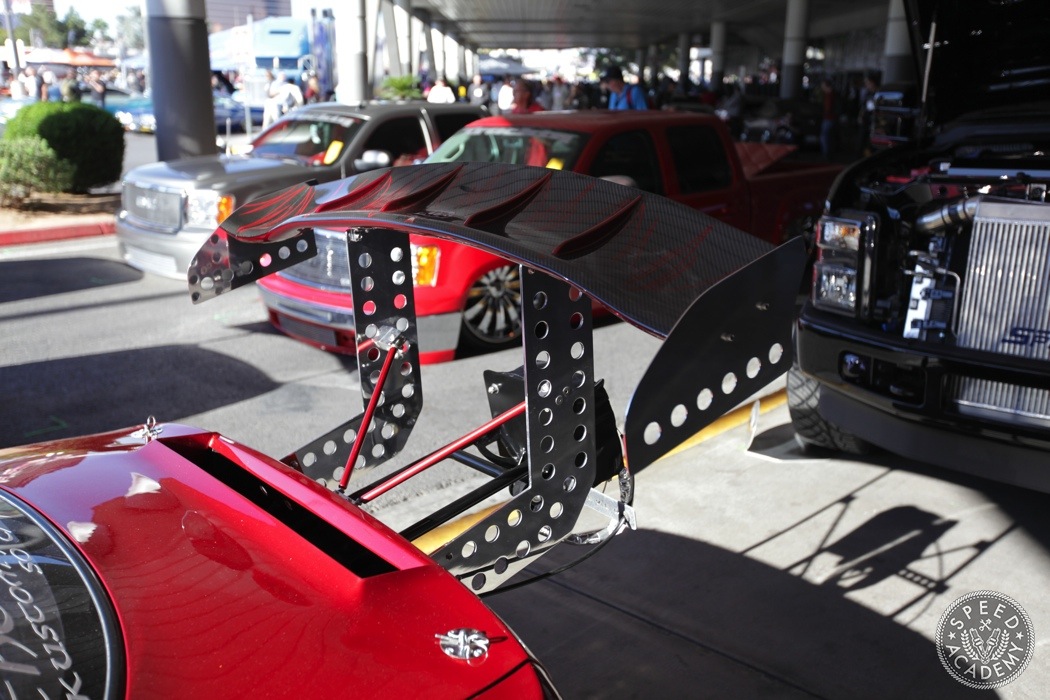 When I saw this Zenki S14 Nissan 240SX, I immediately thought of the Fast & Furious and how there are still people modifying cars to this spec. I’m probably being a bit harsh, but I was hoping the gawdy body kits with ridiculous wings from the early F&F series would have faded to oblivion because of the serious criticism they take these days. But someone out there still looks at this and thinks its a thing of beauty, I guess. To each there own. 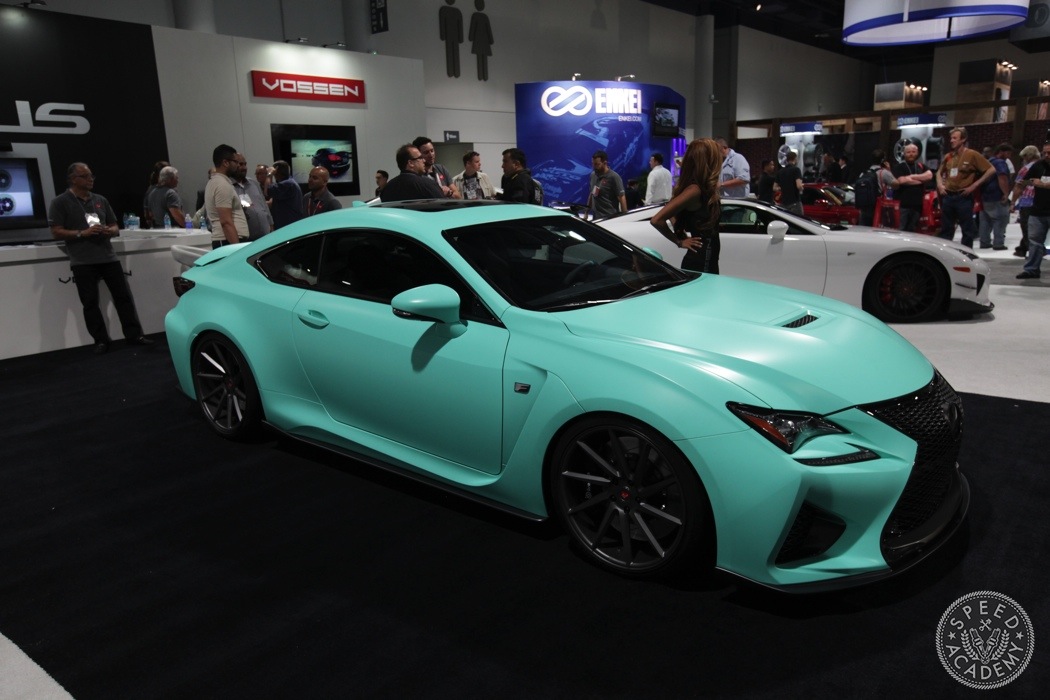 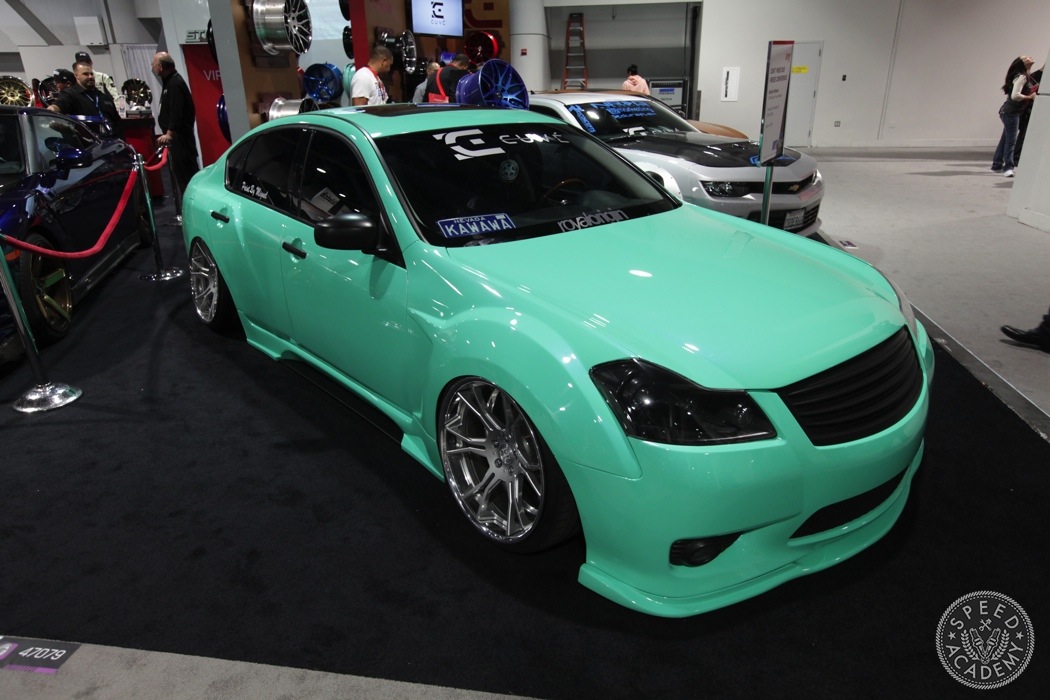 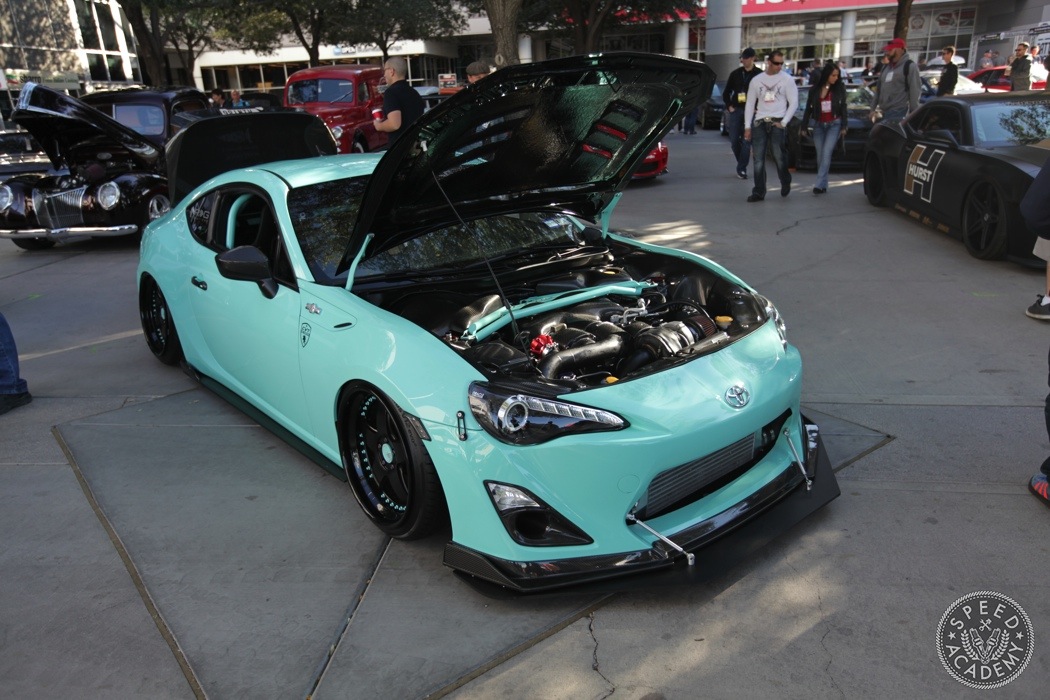 Another styling cue that continues to leave me scratching my head is the aqua blue color hue that, from what I can tell, is taken directly off of the Tiffany Blue line that seems to be ever so popular these days. Maybe that’s why I’m put off by it, because the color instantly reminds me of women’s jewelry and clothing. It’s definitely attention grabbing, though. 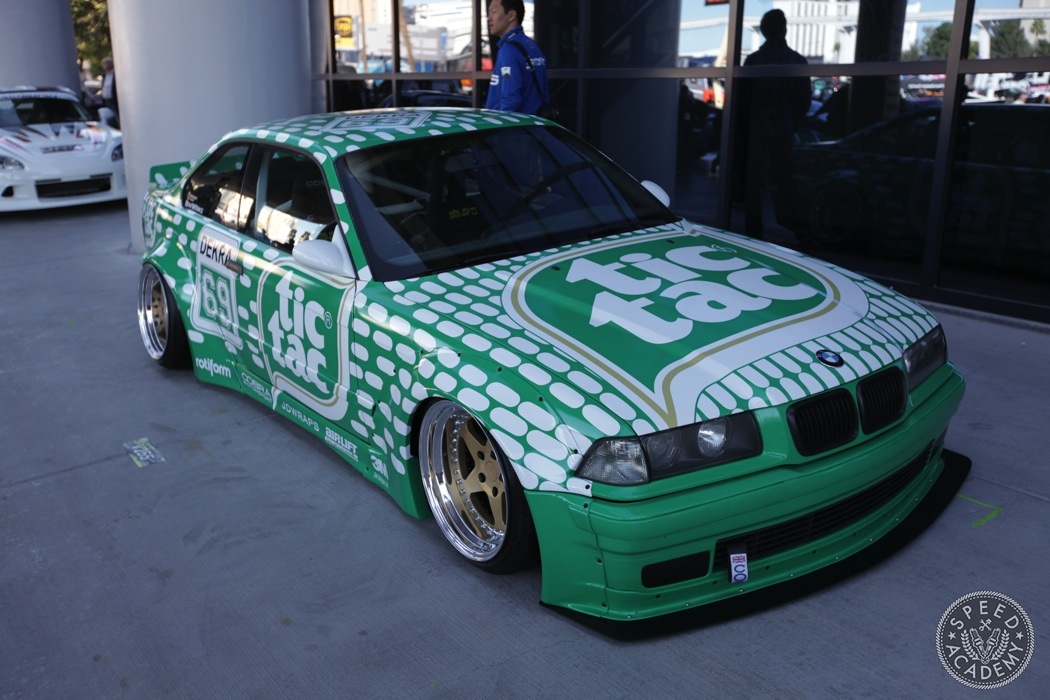 I wasn’t expecting to see a Rocket Bunny kitted E36 BMW, let alone one wrapped quite like this. I completely looked past the Rocket Bunny kit at first, because the livery on this car was amongst my favorite at the show. And it also made me check my breath. 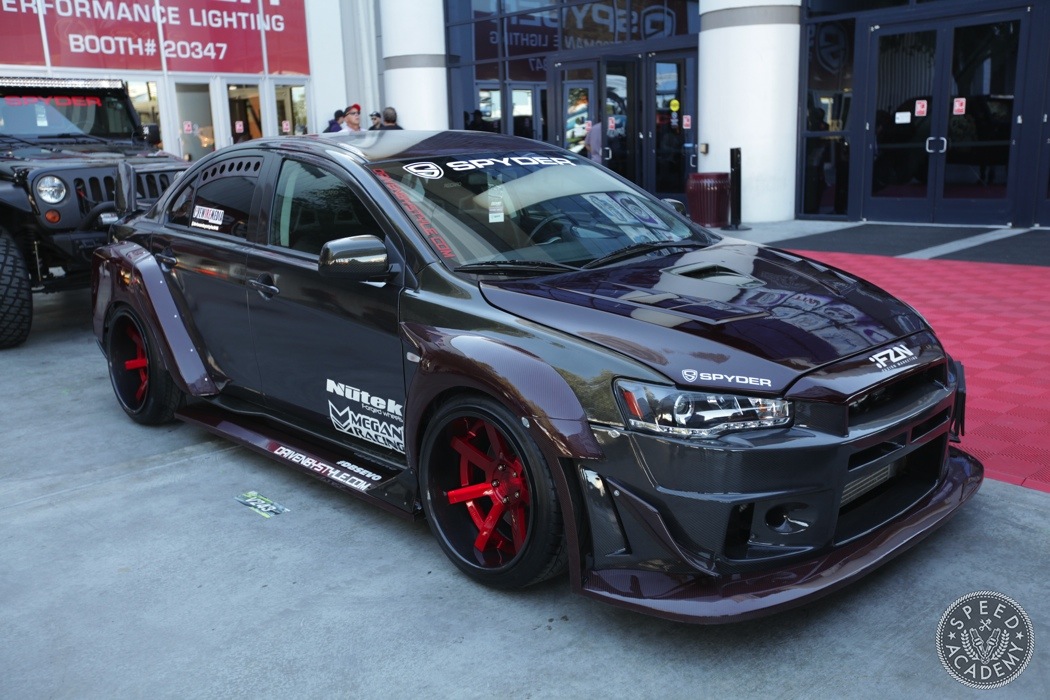 This Mitsubishi Evo X was a good example of strange wheel choice combined with an equally strange looking body kit. I suppose it’s the definition of today’s show car scene, meaning a race inspired look yet clearly not a real race car. You know, because no real race car would run giant, glossy show car wheels or giant fender flares without a proper front splitter or high mounted rear wing. 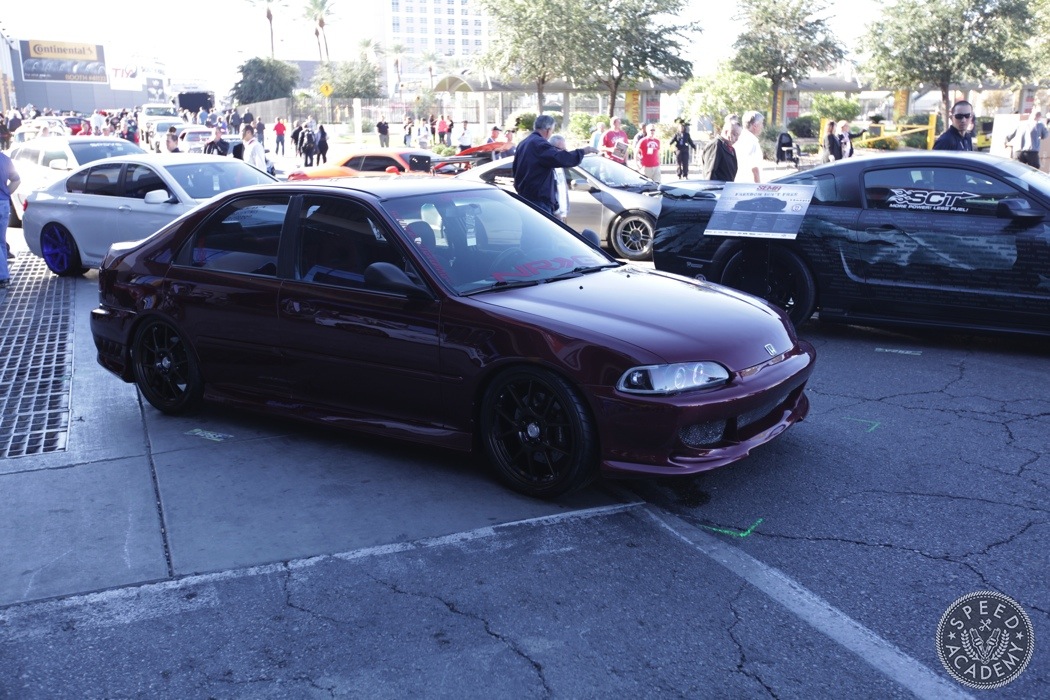 Holy crap! It’s an EG civic sedan at SEMA! I never thought I’d see one of these at the show, let alone one rolling on period correct Racing Hart wheels and full C-West body kit. Talk about a flashback to the year 2000.

FunctionFirst I hope so because it makes me feel all warm and fuzzy inside when I see cars from that era still kicking around, and in good condition!

Is that gramp’s car oh wait that’s actually in the show hondas suck at everything no one is even looking at the stupid little thing!

Last year’s FR-S build was a ton of fun and a ton of work, since we started with an adopted Tuner Challenge car that we more or less unbuilt before rebuilding….