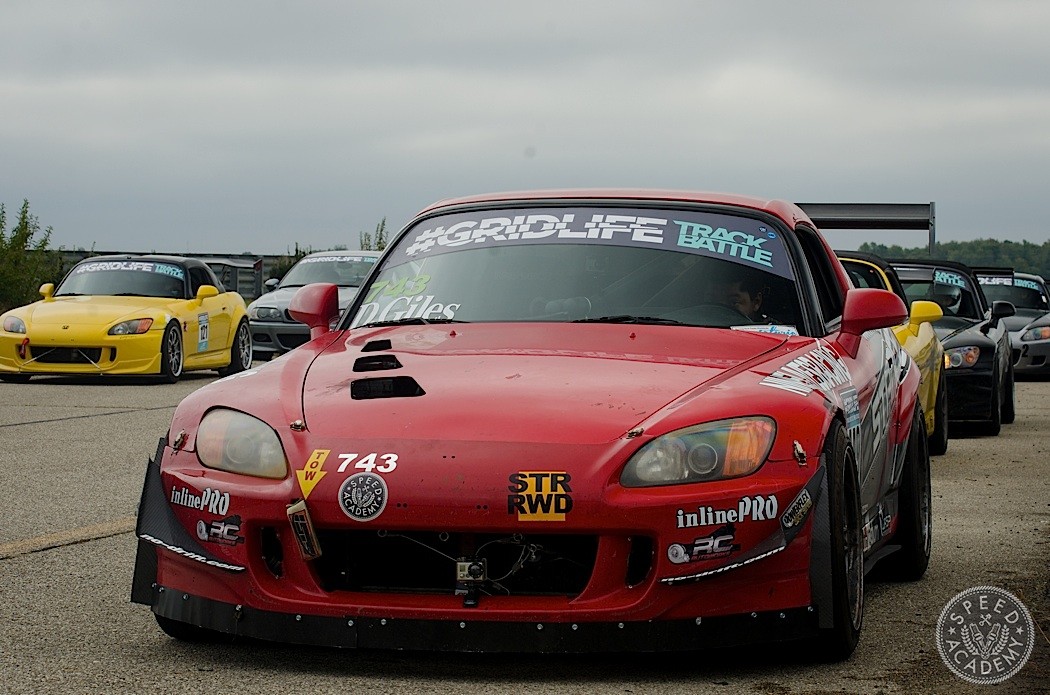 You guys might remember my S2000 from the Living The Gridlife video a few months back where Peter and Dave said it was giving the ASS2000 a serious run for its zero fucks given title. To give you an idea of how my S2000 (I call her Sheri) turned into the dirty track slut she is, let me give you a brief overview of who I am and how Sheri came into my life. 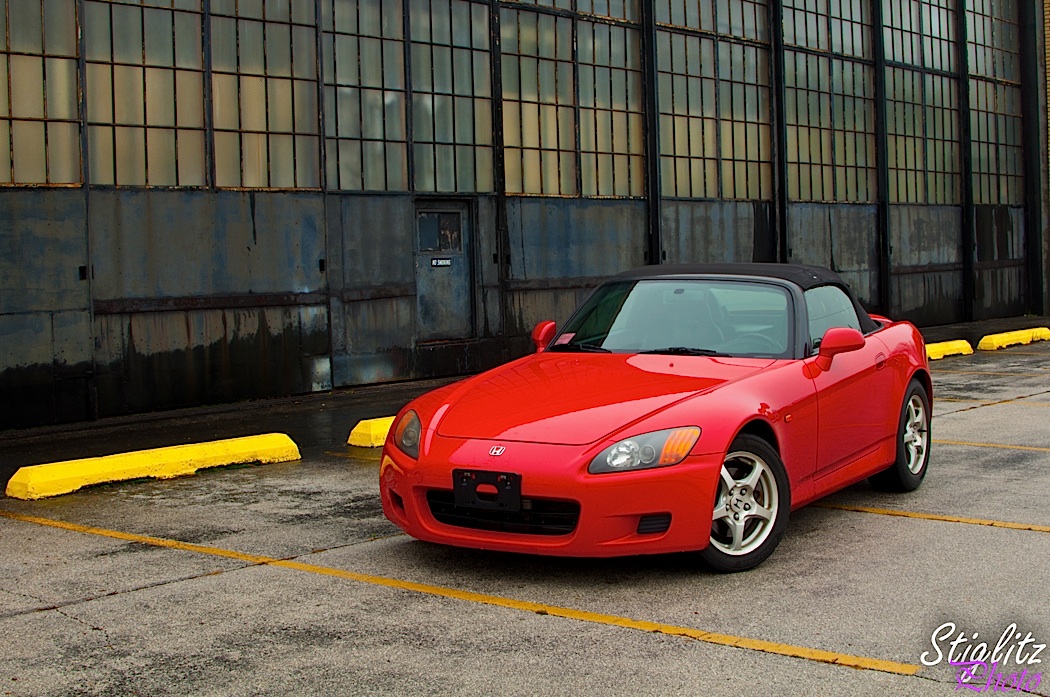 My name’s Devin “Stiglitz” Giles and I bought Sheri to serve as an autocross car. It was actually a mistake how I obtained Sheri. Late one night browsing Craigslist while I was in college, I started looking for turbo Miatas. I only found one but it was 3 hours away in Wisconsin (I live in the Chicago area). So for shits and giggles I searched S2000s and that’s where I messed up. There Sheri was at $8,500 staring back at me. So I left my college dorm and drove an hour away to go test drive her. I wasn’t impressed when I first drove her because I was shifting at around 6,000 RPM. When the owner told me to let it rev to 9,000 that’s when I told him to shut up and take my money. 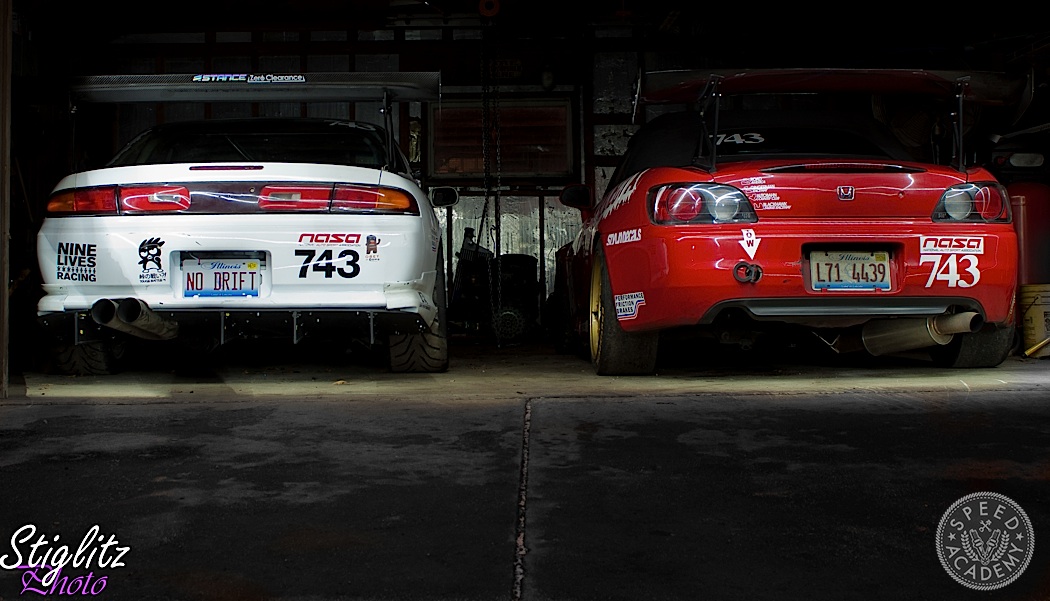 At the time I was working on a S14 to serve as my time attack car. As the months went on it was neglected for the S2000 at every turn. It became a garage ornament thanks to Sheri. In fact, I started selling my go fast parts for the S14 to fund seat time and bolt on parts for the S2000. Fun fact: everything in the S2000 cost twice as much as the S14.

I’m also a part of a team called Nine Lives Racing. We are a small Time Attack team based in Chicago, IL and Atlanta, GA. Our goal is to have fun while building crazy road course machines. You know those guys in high school you always see around each other? That’s pretty much what our team is like. We bounce ideas off each other that you think would be just a joke and next week it’s applied to some one’s car. 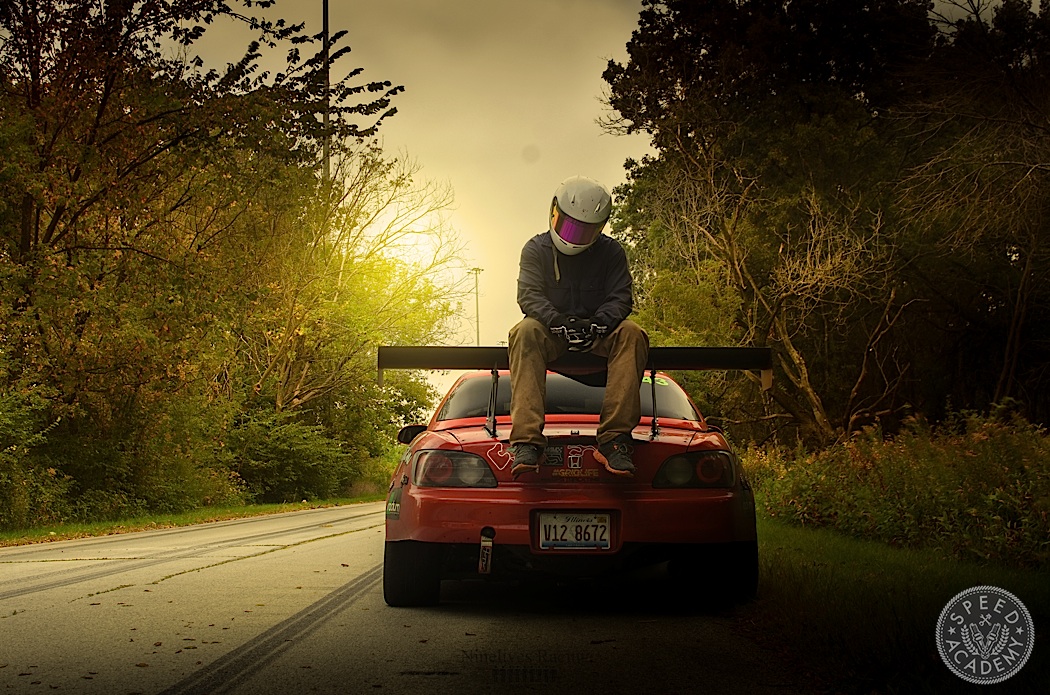 It seems everyone has had a dream of becoming a pro driver. I’m no different, but my dieting habits and Xbox obsession tells me that it’s not likely. However that doesn’t deter me from wanting to get the best out of myself and Sheri. Developing myself as a driver has always been my main focus and changing my car’s setup to understand how that effects its behaviour were all huge steps. Each nick, each scratch, and each part all have a story to tell about how and why it’s there. 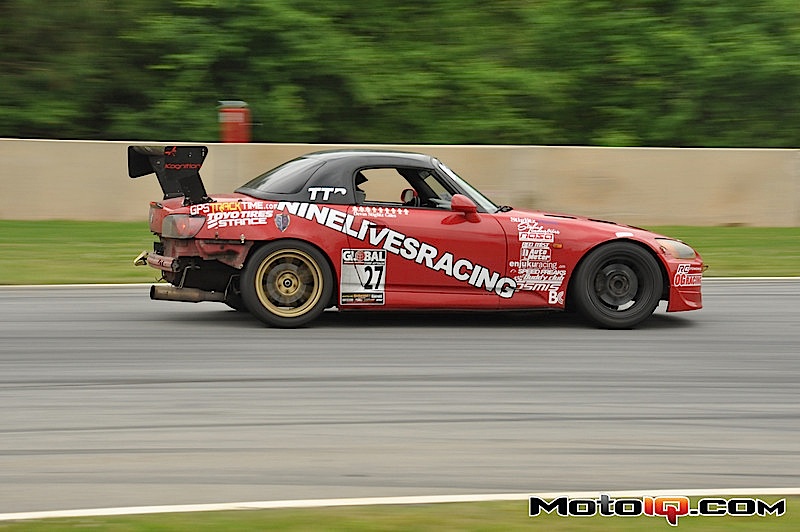 I’ve been tracking my Sheri for about 4 years now and I’ve also broken just about every part of her that one can imagine. Above you can see how drastically things change in just one year. This photo is from Road ATL in May of 2014 with Global Time Attack, where just getting to the track was an adventure. I got off a plane from North Dakota (where I was working at the time), jumped in my car and drove 12 hours to Georgia. No radio, so the drone was putting me to sleep rather quickly. No charger for my phone so every two hours or so I would check my GPS to make sure I’m on the right path. That event my bumper ended up coming off and I ripped it off in pit lane and went out and ran my fastest lap. 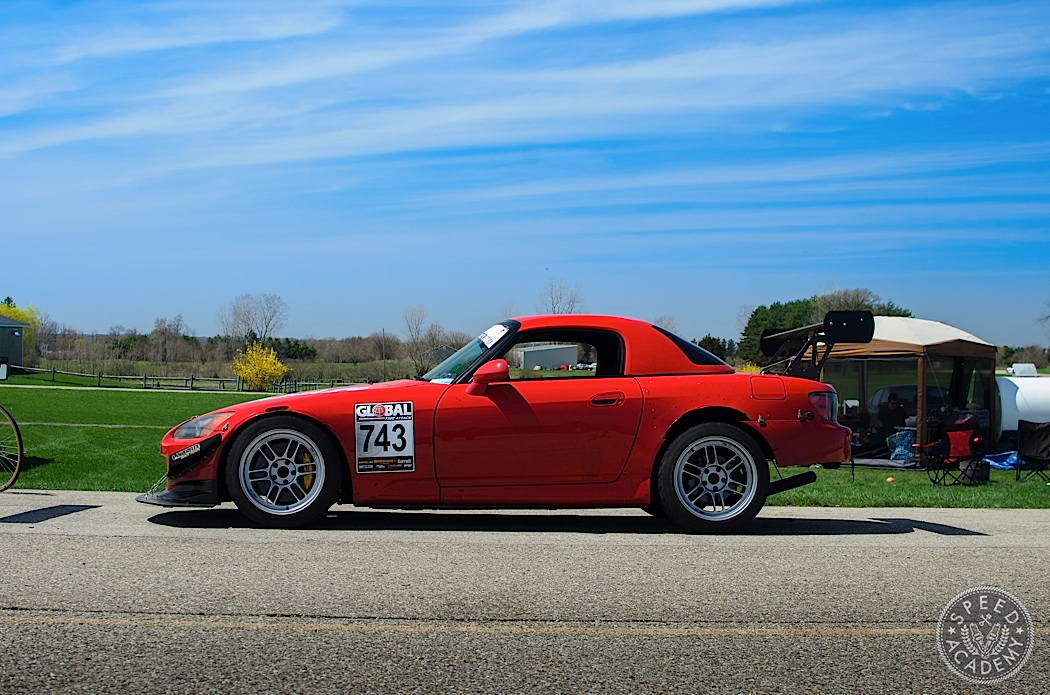 Let me tell you about this year. This is how Sheri looked at the beginning of the 2015 season. Naked and almost unmolested, at least until you take a closer look and see that the rear quarters are cut with no flares. I also cut the front fenders years ago to make wheels and tires fit. You can also see the aero mods as well. Wasp Composites canards, 5 inch chassis mounted splitter, Kognition chassis mounted wing, cut trunk belly, and a cut OEM rear bumper. Suspension wise, I’m on Powerflex bushings and custom Stance coilovers. For added power there’s an Injen intake and a custom OEM exhaust. Inside, Racetech Rt1000 seats keep me firmly planted, while a Radium Engineering fuel surge tank prevents fuel starvation and a Red Mist roll bar kept me safe.

For any of your shop owners who want wholesale pricing on Radium Engineering, Garrett turbos, and a massive lineup of other top quality go-fast goodies, the answer is Turn14 Distribution. Ask around and you’ll quickly learn that T14 is unbeatable on price, speed of delivery, ease of ordering, and customer service. 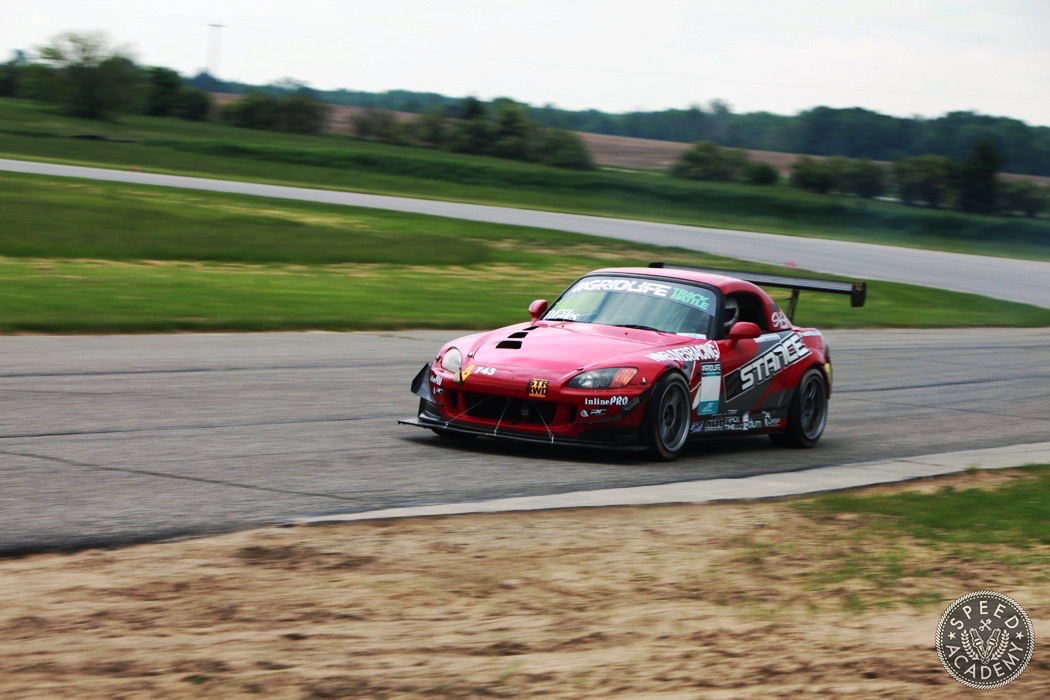 GridLife Round 1 (or Festival as it’s known everywhere else) is where I met the Speed Academy guys. We talked about their S2000 and how similar both cars were. Both had been neglected previously and had goals of chasing cars two to three times their cost. 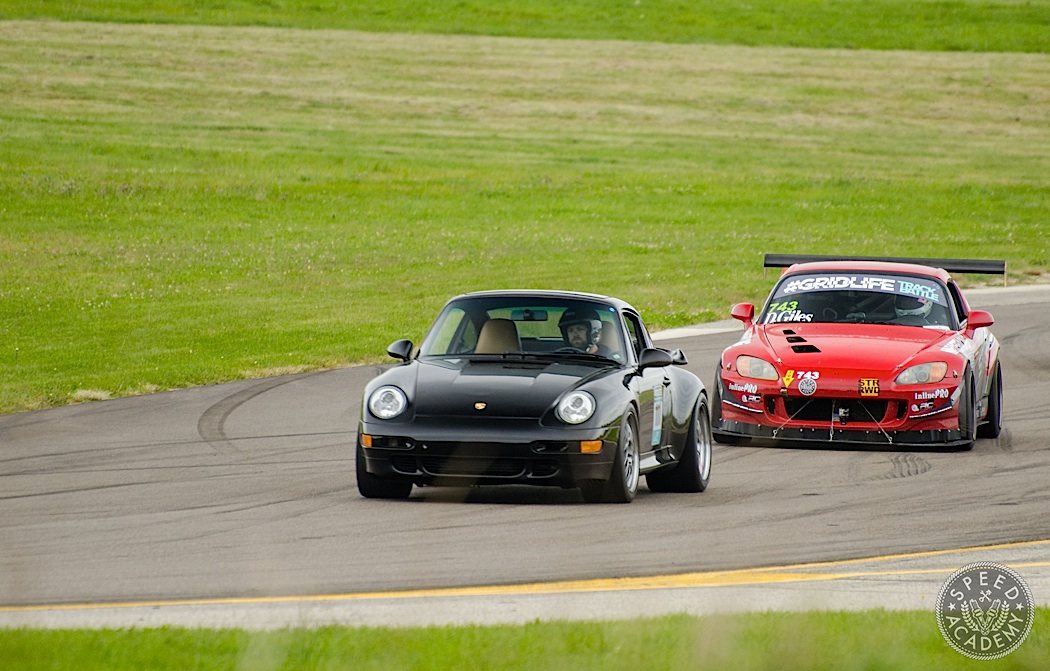 Just like the ASS2000, Sheri was a fighter not a looker this season. Brake dust packed on the calipers and dirt from offs on the tires. Cut front fenders, dirt compacted in the gaps of the door. I was proud that my car was hanging with some fast cars like the Porsche above, but it sure didn’t look as pretty and that is/was a problem for me. 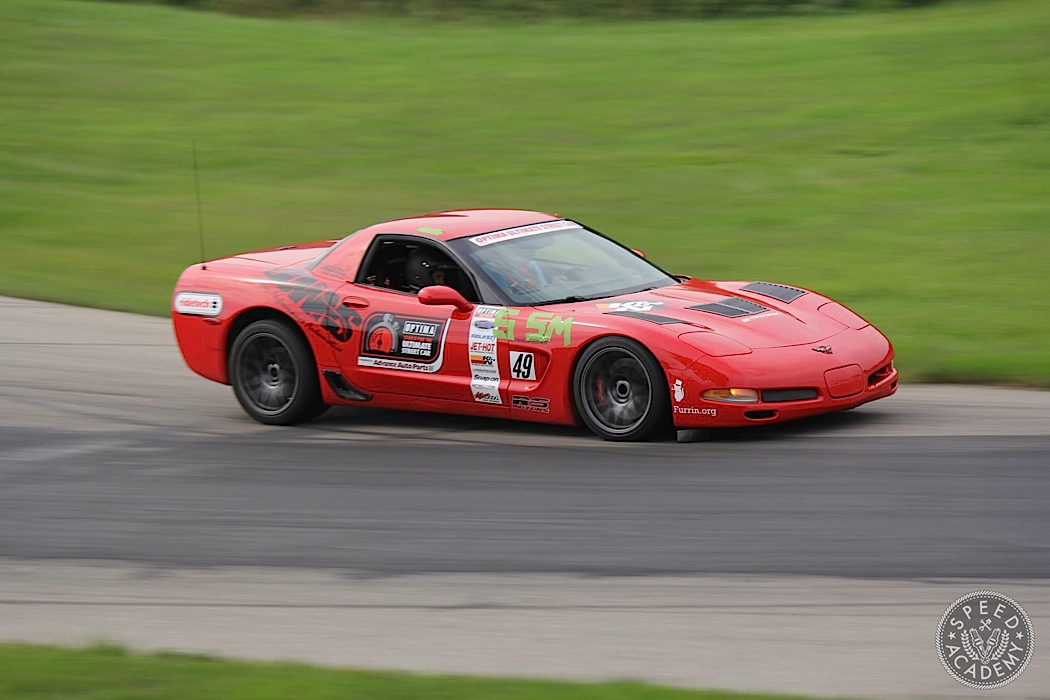 By the end of the year Sheri and I were sitting 2nd in GridLife’s Street Modified class behind Bradley in his fast and clean Corvette. It had a new heart and was around 490 WHP. In my eyes it was a fire breathing monster and looked like you could drive it to your nearest movie theatre comfortably. Sheri on the other hand might bite your hand off, and forget trying to drive down the street and hear your passenger talk to each other. Well my girlfriend hates my car anyway, so living comfortably wasn’t a major concern, but power is. Not to mention I would like to win a car show or two. 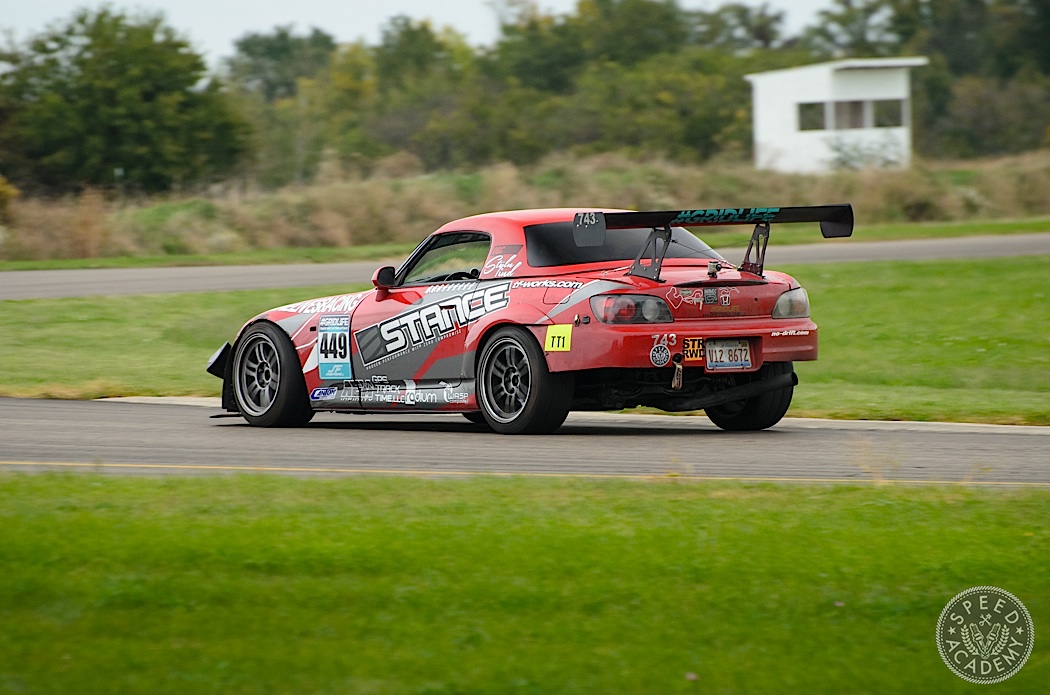 This is the last time you will see Sheri like this. Beaten and bruised from a long season. First things first is more power, reliable power. So we are throwing a turbo on Sheri. I know that just went against my previous sentence but we have a few tricks up our sleeves. And if everything comes together on Sheri and the BADASS2000 builds, we may even go head to head in a rehabbed S2K battle this upcoming season. It’s not all about lap times either, we’ll be going head to head on execution too. 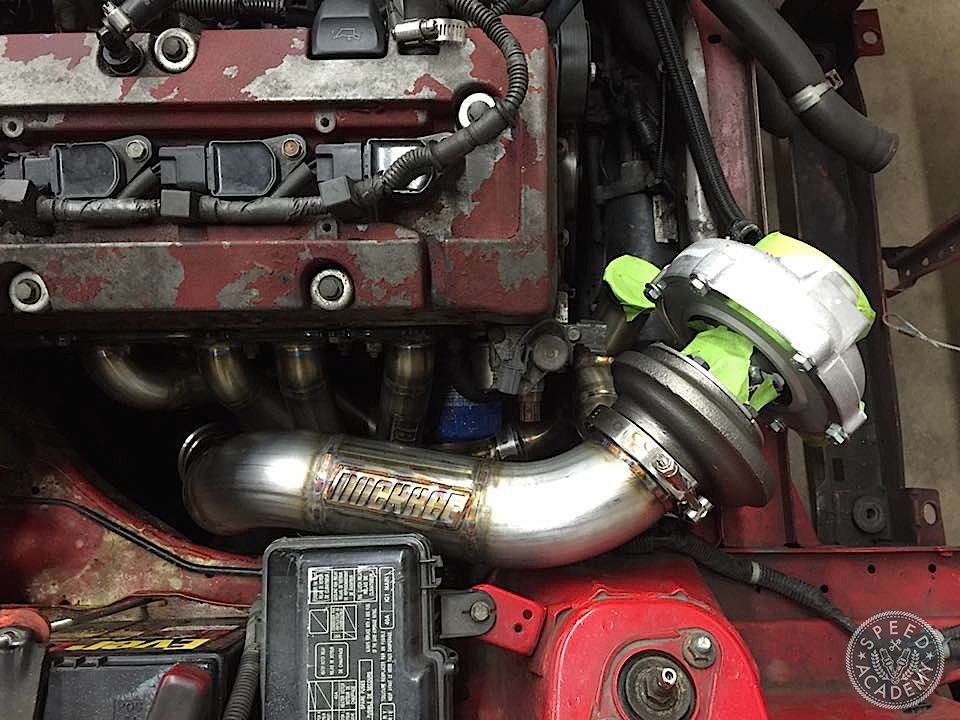 My 2016 rebuild starts with tackling the engine bay. This will include mods to keep the engine running cool and other things we are going to need to reliably make 400-whp at the track. That’s it for my and Sheri’s intro, but stay tuned for more details coming soon.

why not go with a kraftworks for 450hp and less heat?

@frsklr Simple Kraftworks blower also is spun out very hard to get that 450hp. Turbo are more efficient and less stress. I also don’t have to worry about belts slipping, and my power curve is a lot flatter then with a super charger.

I’ve owned quite a few project cars but the one that stands out the most was arguably the most beat up one with the least amount of power; the Acura Integra….