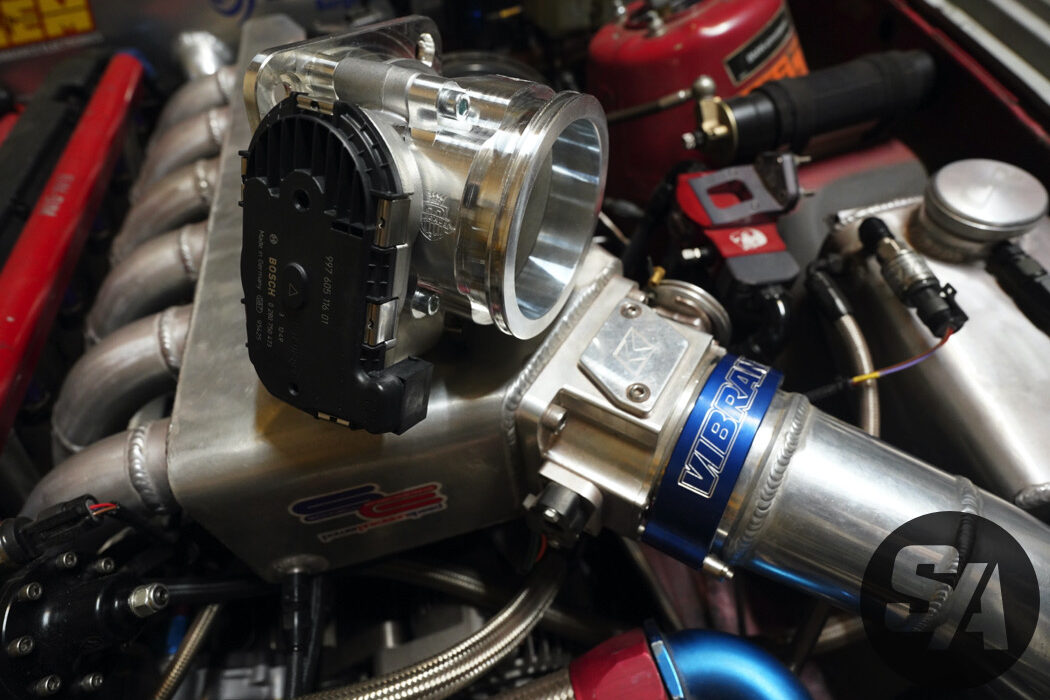 When I decided to build my own intake manifold, it was a scary project so I wanted to minimize the ancillary challenges. I chose to use a Mustang 5.0 throttle body flange because 1) it’s huge and 2) it’s a very common high power aftermarket bolt pattern used by many throttle bodies. Not having the instrumentation of an OEM to calculate the exact size of throttle body I need, and because racecar, I went with the biggest throttle body that K-Tuned makes. They’re local and do excellent work, just look at this thing: 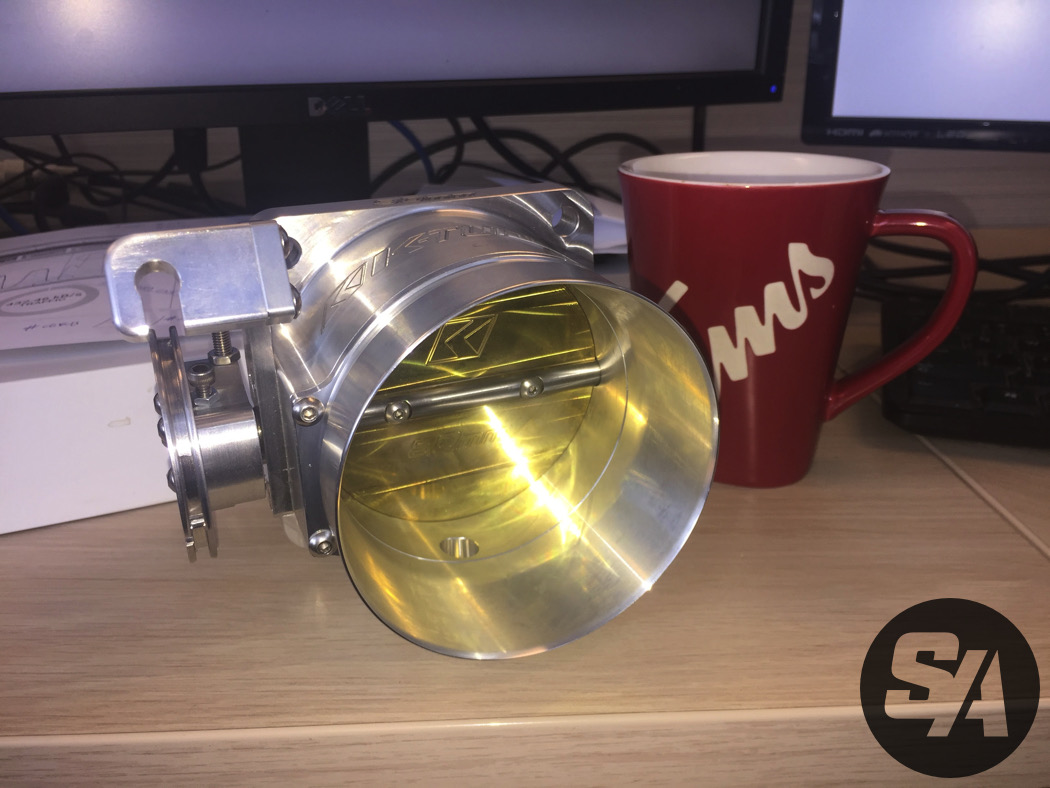 The K-Tuned throttle bodies are also modular, so in addition to being able to put the throttle linkage on either side and from either direction, I could also either use a traditional silicone adapter or replace it with a VanJen style clamp adapter. I started with the typical silicone adapter, from 4” on the throttle body to my 3” charge piping. That’s how the car went to PRI back in 2018. 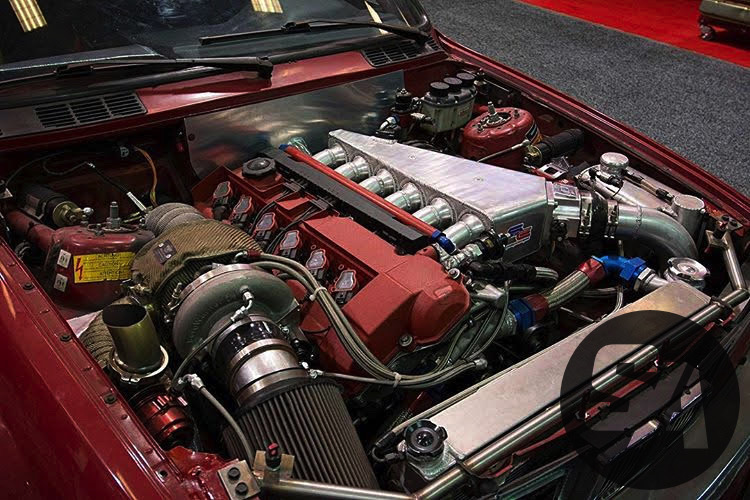 Later, I converted my entire intake tract to Vibrant Performance’s updated version of the VanJen clamp which they call HD clamps. With the K-Tuned throttle body, it was just a matter of unbolting the barb and bolting up the VanJen flange. 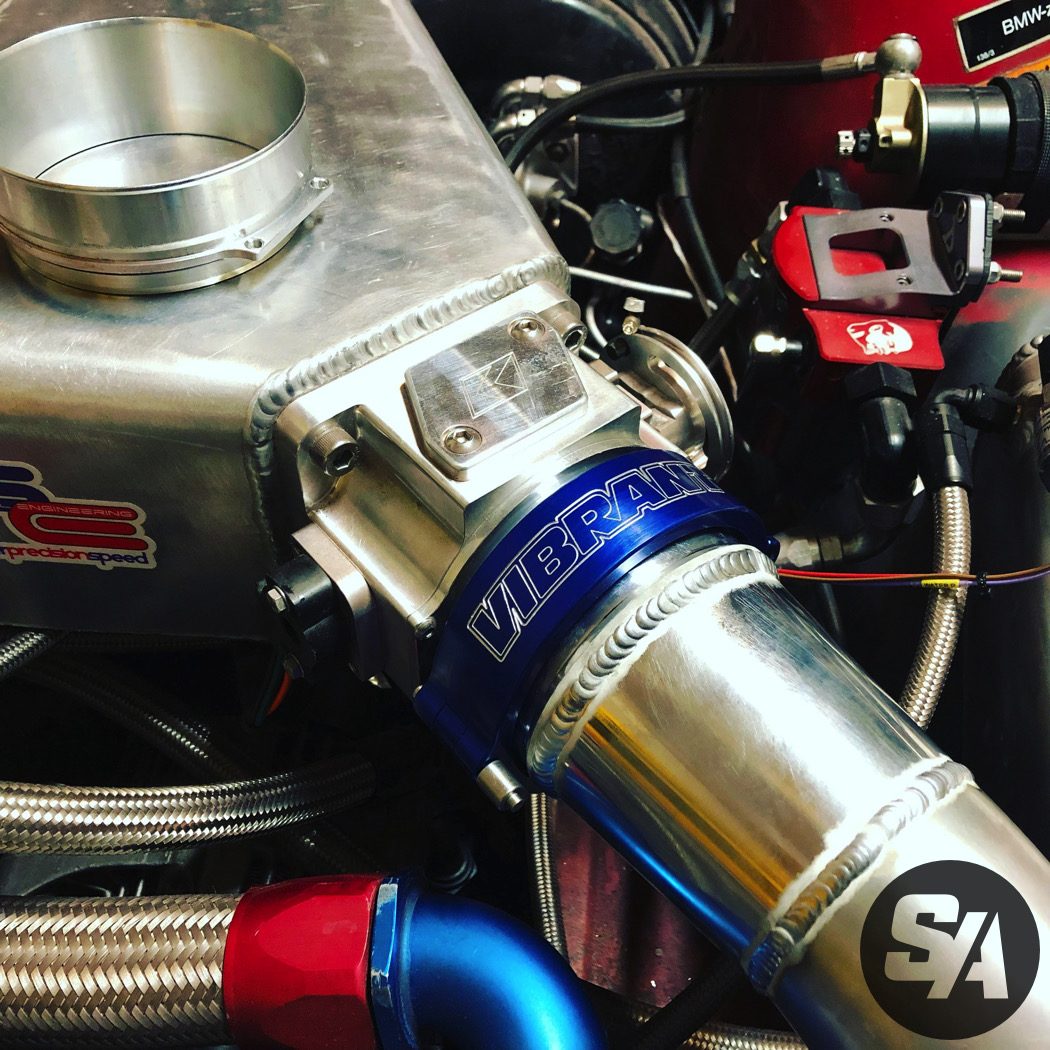 There are several problems with this approach, however. First off, I had no dynamic idle control. On these older engines, this is usually done using an idle control valve, which is a simplistic, small electronic valve that lets some air get into the intake manifold. These can cause problems with a lot of boost as they can get spat out. And in addition to a failure point, it’s just added complexity that I don’t need in a racecar.

So I’ve always just had the throttle body propped open enough to let it idle. This wasn’t ideal, especially for cold starts because engines need to run rich when cold, but then lean out as they heat up, burning more of the fuel, making more power and revving higher for the same amount of air. So with a propped open throttle body, you have to either choose a reasonable cold idle and a very high hot idle, or a reasonable hot idle and a nonexistent cold idle where you’d have to manually keep it alive. 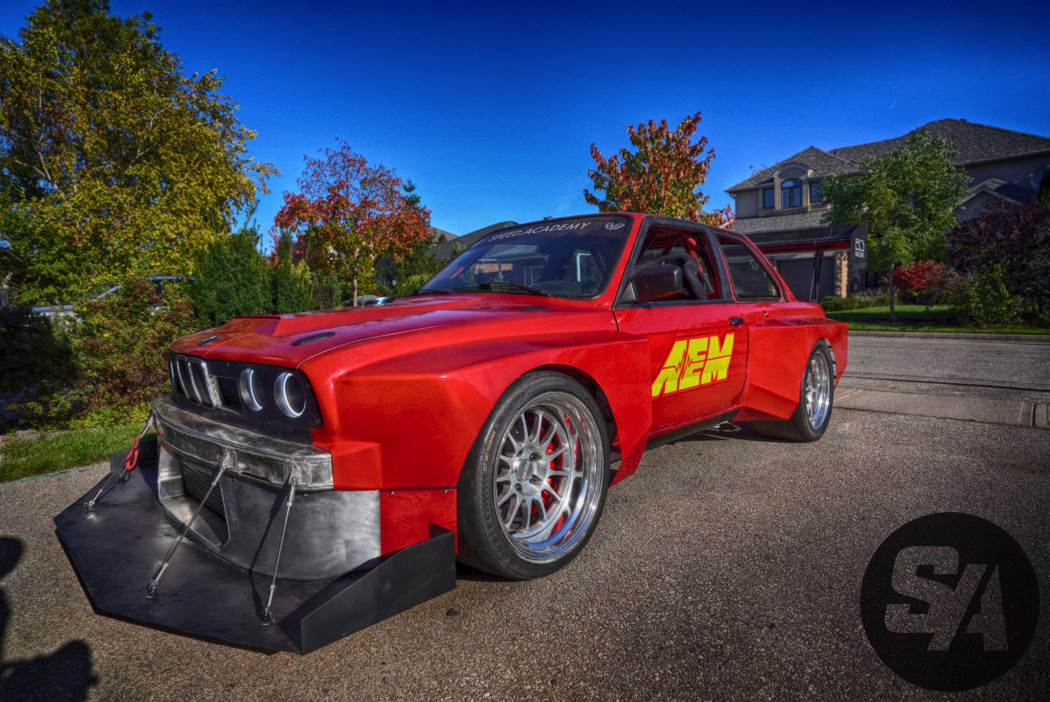 I chose the latter as there is nothing about my car that suggests any possibility of street duty. So every cold start involved holding some throttle to keep it alive while the cylinders got enough heat in them to start vaporizing the fuel. Then it would settle at a fairly stable 1000-1100 RPM. 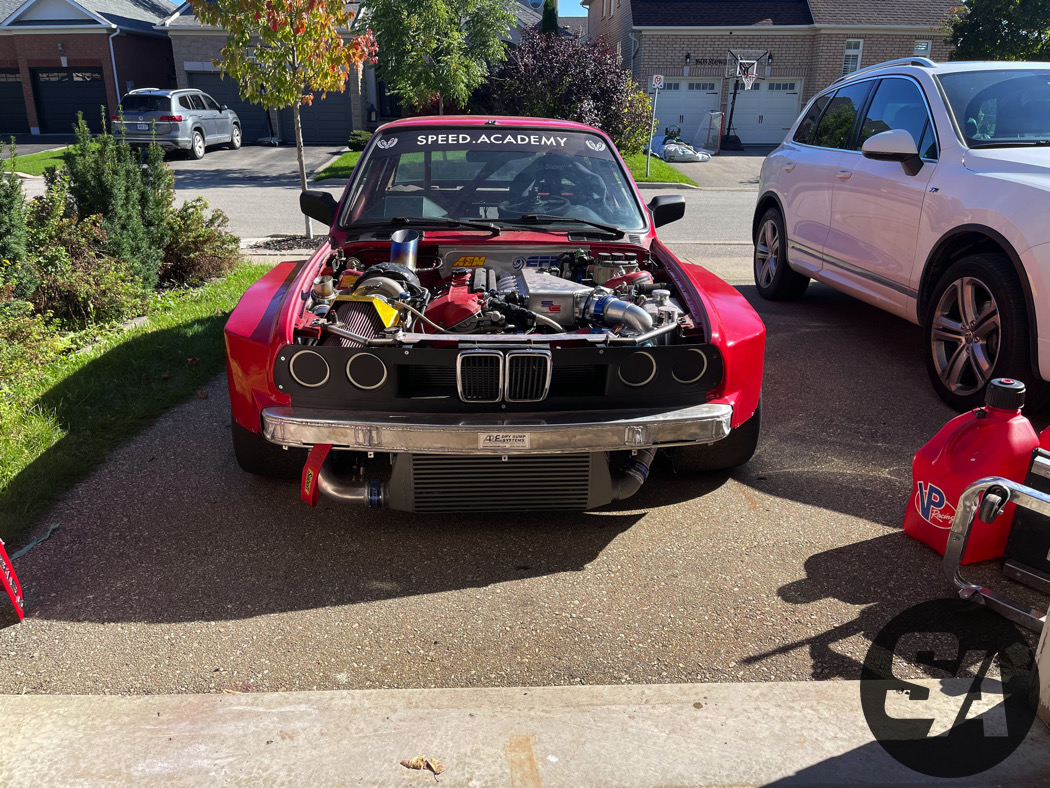 That, combined with occasional stalling when maneuvering the car due to the idle position not always being enough to catch a decelerating, freewheeling engine, was generally the extent of the annoyance I had to deal with.

But last winter, I added some aggressive cams (275/275 CatCams) and even timing them to reduce overlap, there was still a significant amount and the idle became grumpy to the point where it pushed me over the edge to have dynamic control of it.

My AEM Infinity Series-7 ECU makes drive-by-wire throttle, or DBW, sinfully easy to configure with a step by step wizard so it was just a question of selecting the hardware. 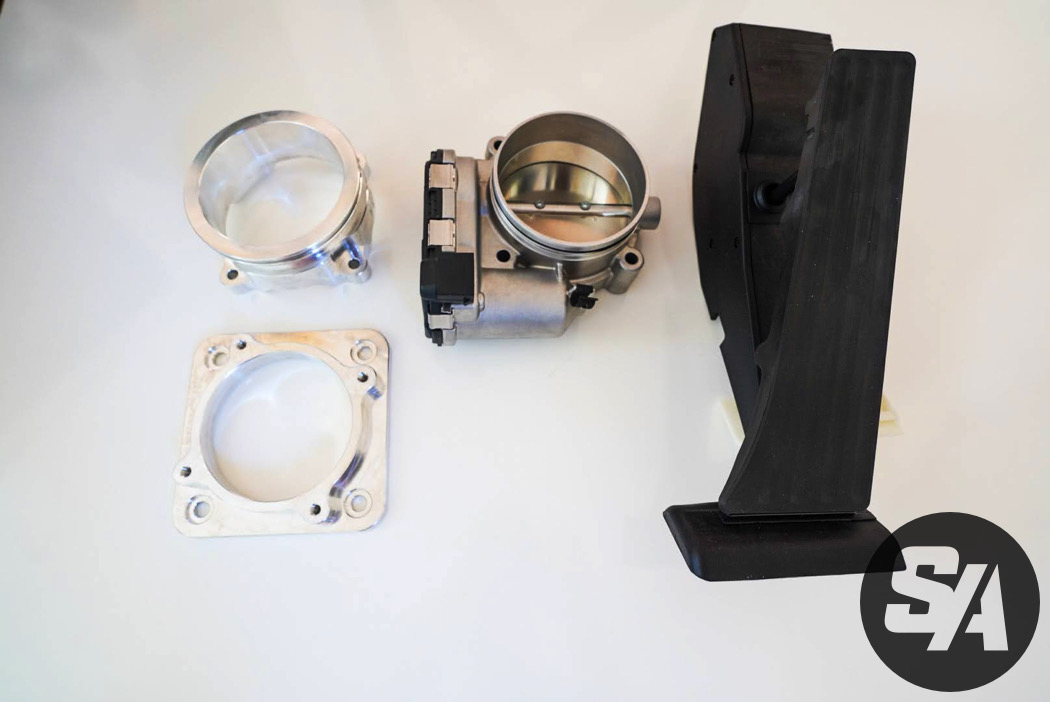 The throttle body I chose is the biggest DBW throttle that Bosch makes, the 82mm used in the Porsche 911 GT3. The AEM wizard even has it as an option for known configuration, so I don’t even need to do bespoke calibration.

The pedal is from an E46 330i BMW and the mounting bracket even bolts up to the E30. Then the only hardware question was mounting the throttle body to the Mustang 5.0 bolt pattern. Thankfully, this is also a common enough problem that another awesome local outfit, Magnus Motorsports, makes an adapter for the Bosch throttle body to bolt up to the Mustang bolt pattern. Magnus even makes an accompanying adapter to be able to use VanJen clamps without any welding, something you don’t want to do on any throttle body, let alone one with electronics. 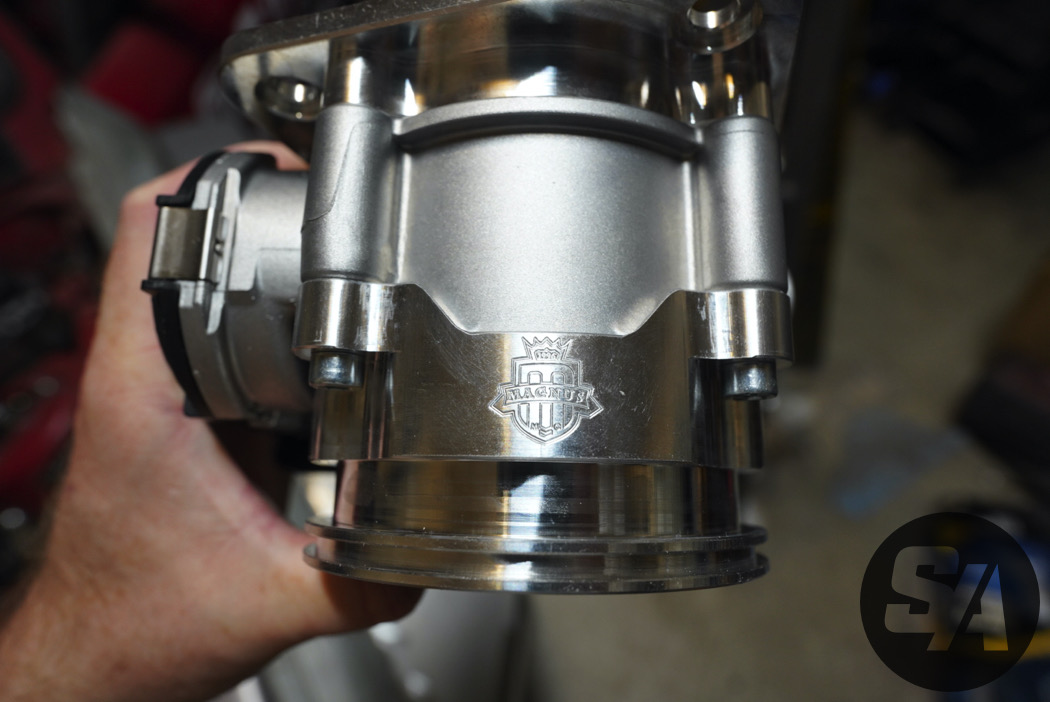 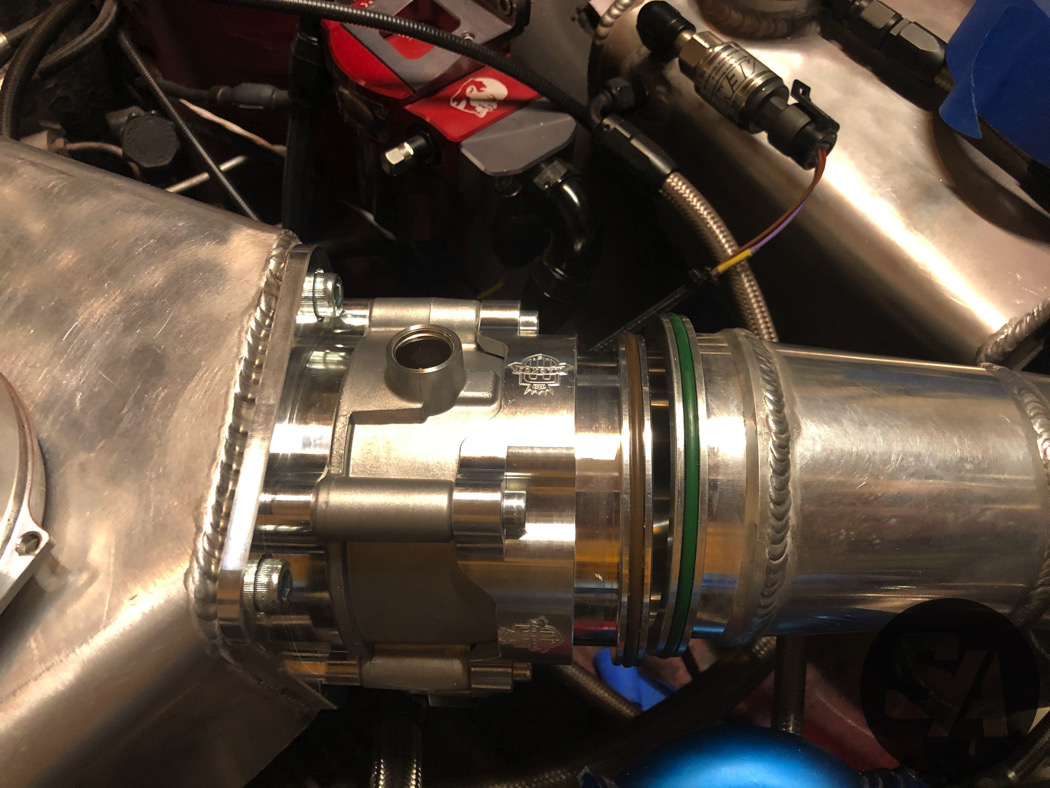 The assembly was so similar in size to the K-Tuned one that it was THIS close to requiring no modification to the charge pipe.

We’ve all seen pictures of wheels that have exploded out on track, and many of us have been at the track to witness these types of failures in person. Best…