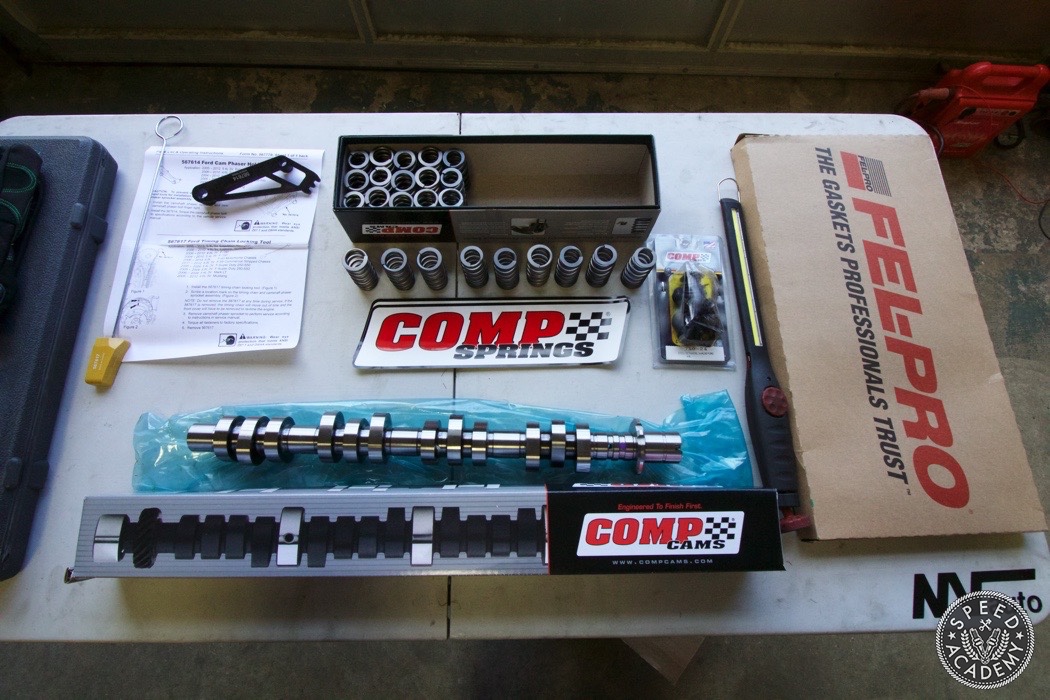 If you haven’t seen the install and dyno test videos yet, they’re at the bottom of this story. But before you rush down there and hit the Play button, here are a few details on the Comp Cams we sourced for the Turn14 Distribution supported Mullet Mustang. 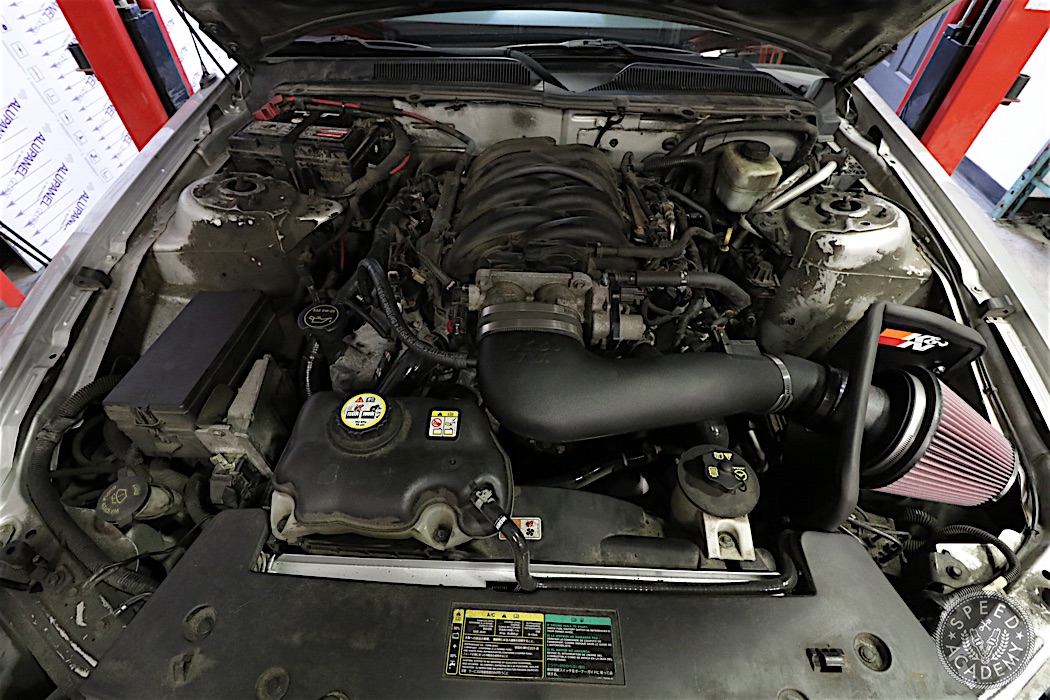 Since our Stang is a ’05 GT, that means it’s equipped with the 3-valve, 4.6-liter Ford Modular V-8. It’s not the most volumetrically efficient engine in the world, that’s for sure, and it has a pretty lazy top end that only revs to 6200 RPM. On the upside, it generates a ton of torque, which makes it feel fast from stoplight to stoplight, which I suppose is a big part of the appeal of an American muscle car like this. But for track guys like us, we really wanted to wake up the top end of the powerband and stretch the rev range a little higher, too. 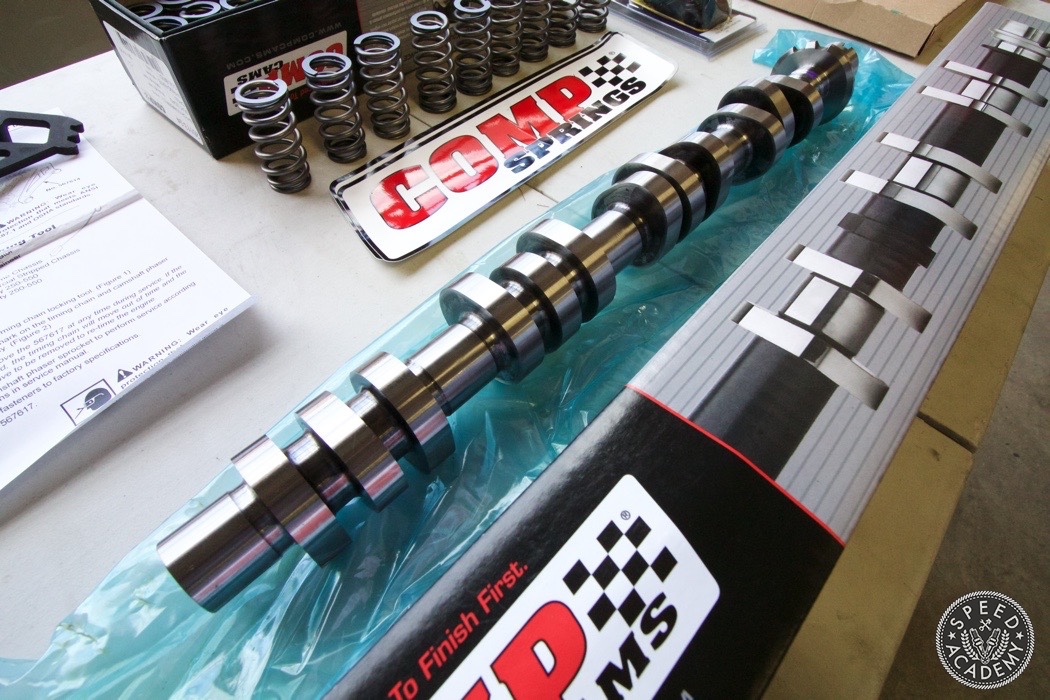 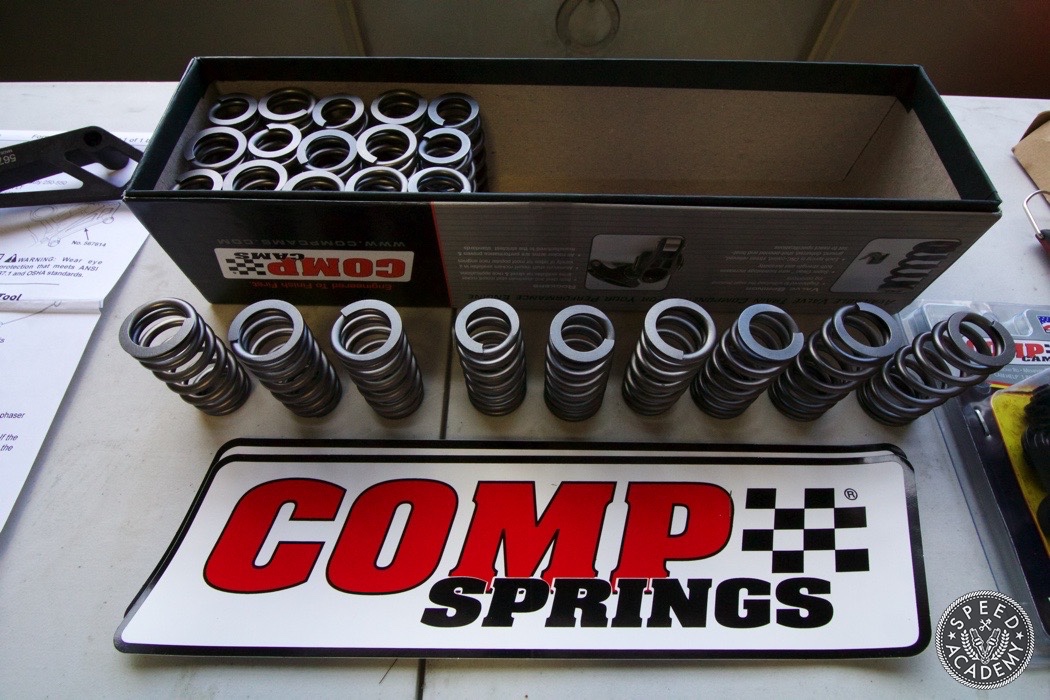 For this, we chose to install Comp Cams Stage 2 XFI VSR camshafts, where VSR stands for Valve Springs Required. The bad news is that swapping in the Comp Cams Beehive valve springs is a pretty big job, as you’ll see in the installation video, but the good news is this upgrade means we can now safely rev the engine to 6600 RPM and the Stage 2 cams have the added lift and duration to make power all the way to that RPM level. 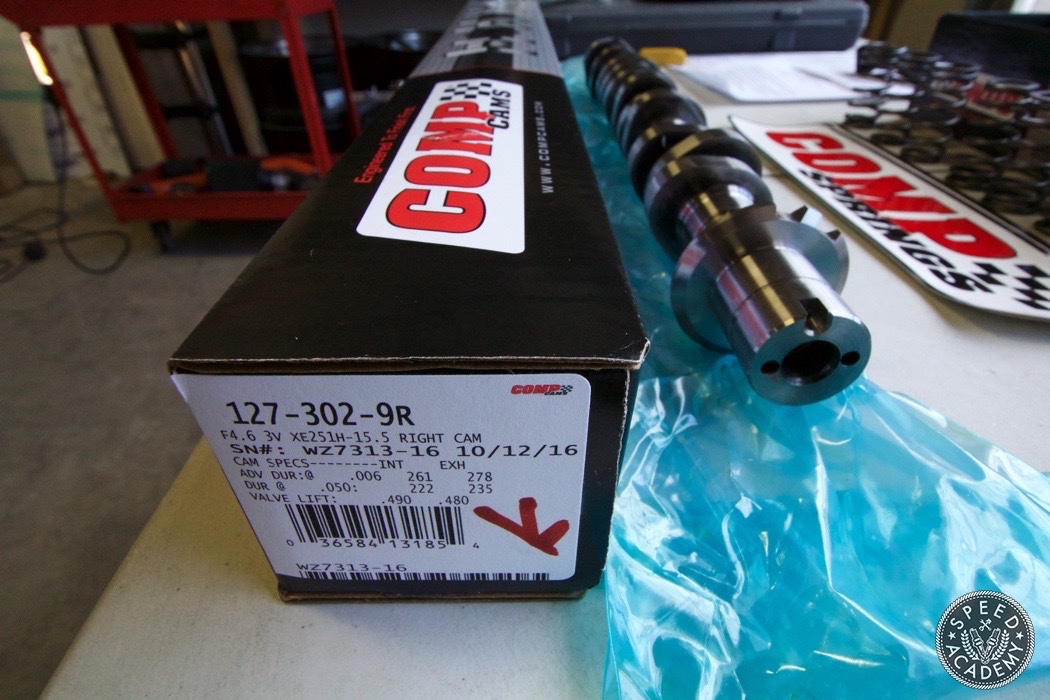 We opted for the Stage 2 XFI cams because we have the supporting mods in place (Borla long-tube race headers, x-pipe and free-flowing exhaust, Airaid intake, and a SCT X4 performance programmer) to take advantage of cams this aggressive. We also like the fact that this Stage 2 grind is fully compatible with the 4.6’s variable cam timing system, so no need for cam phaser limiters or anything like that. 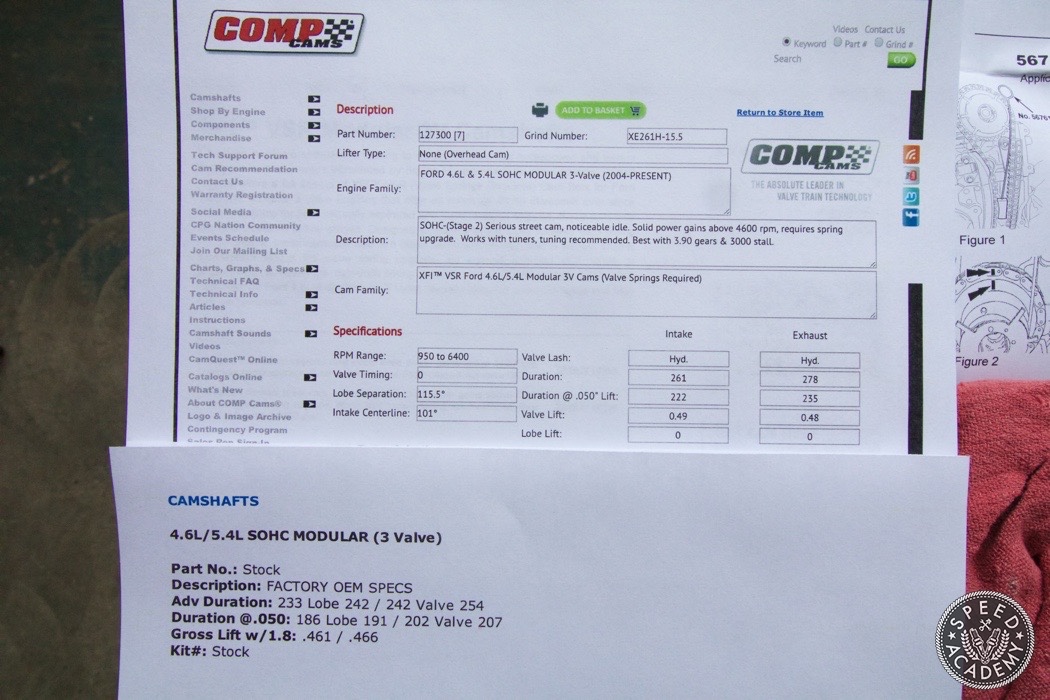 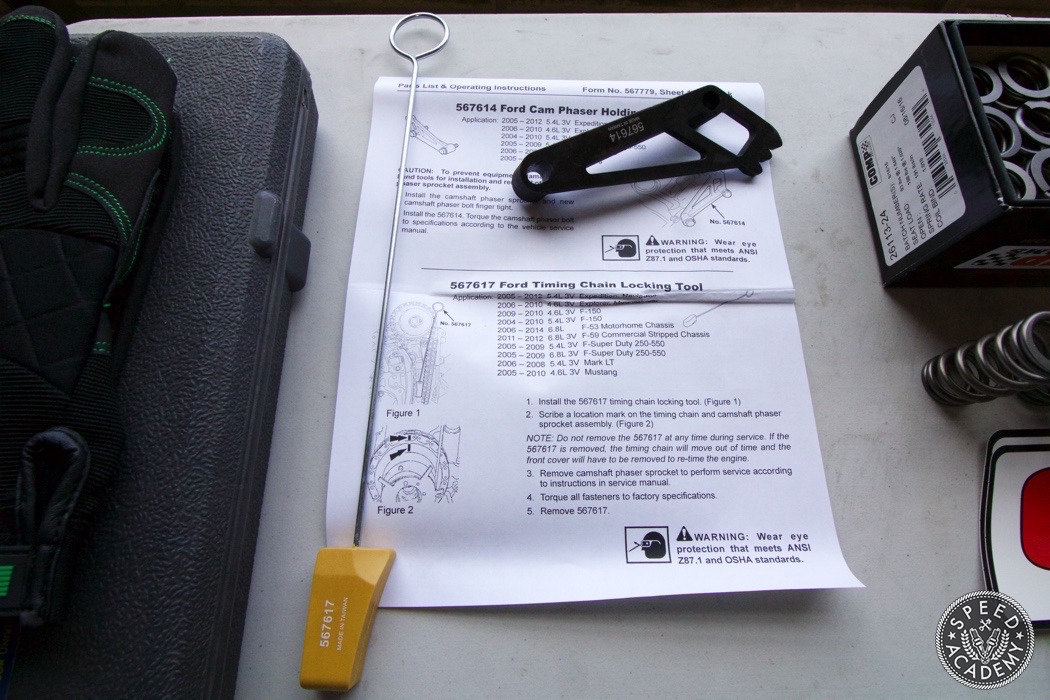 Installing the cams isn’t for the novice DIYer, but since we’d already replaced (and upgraded parts of) the timing system, we were comfortable installing the cams ourselves. If you do it yourself, you’ll want to order the cam phaser holding tool and timing chain locking tool above so that the chain can’t skip a tooth and the phasers can’t move during the process and throw your timing off. 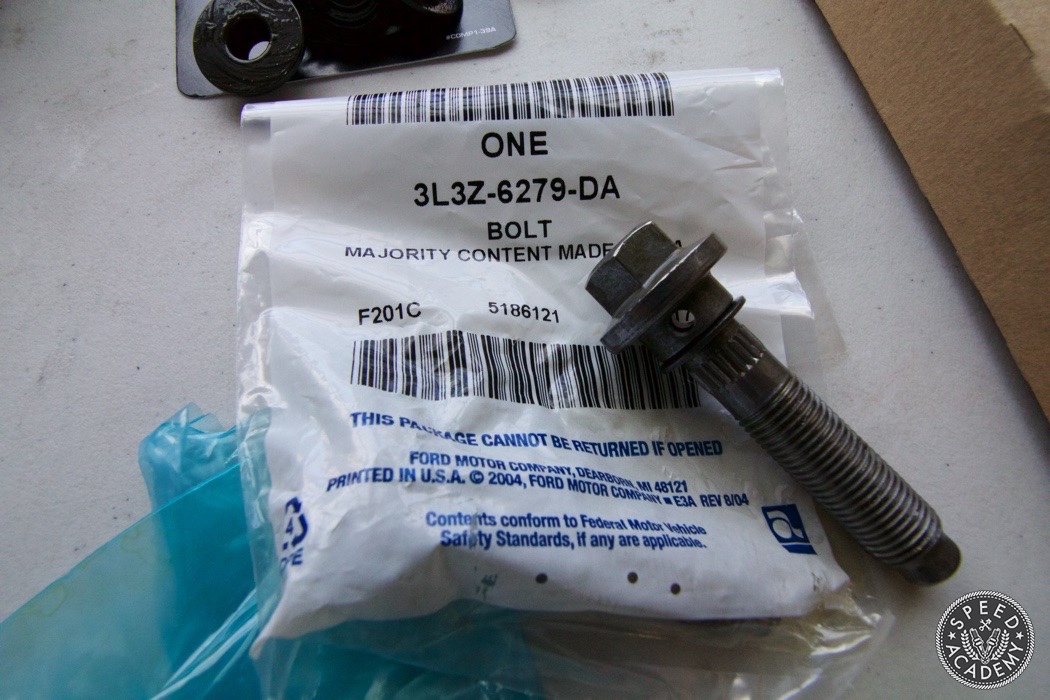 You’ll also need to order new cam phaser bolts, since these are a one-time use only bolt that must be replaced any time you remove them (which is required during a camshaft swap, since the phasers have to be swapped over onto the new cams). 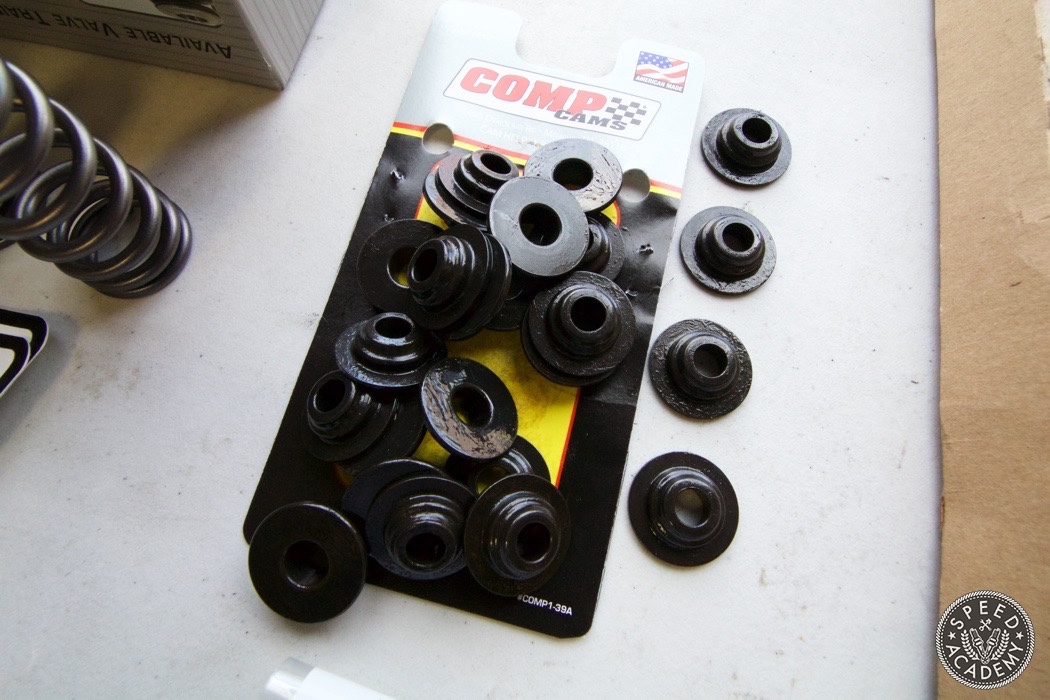 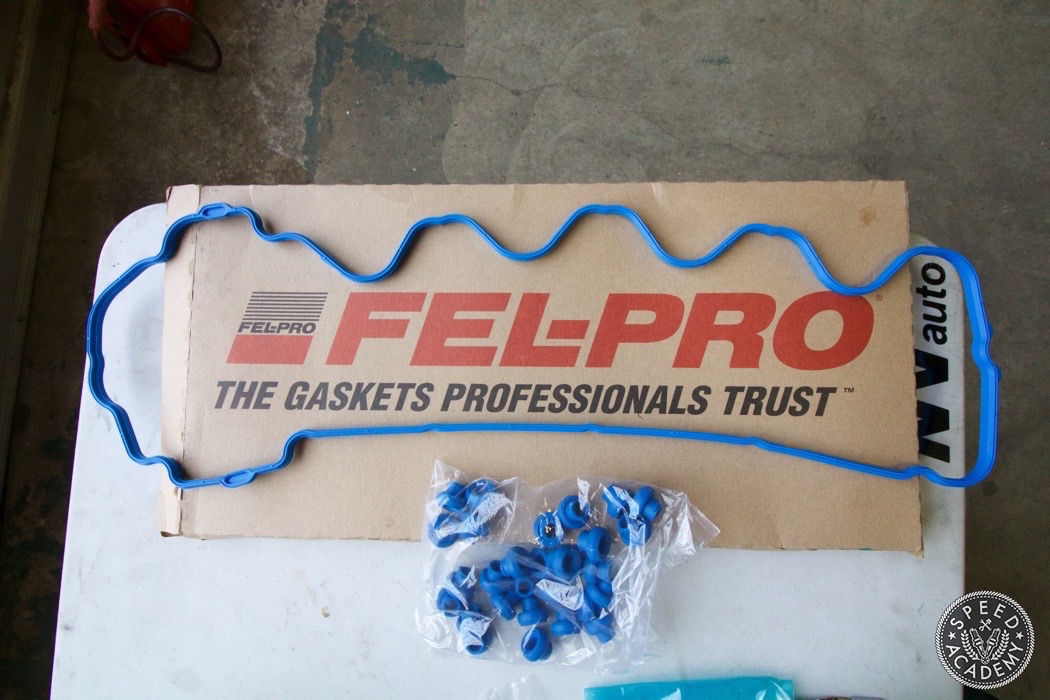 We also ordered Comp Cams steel valve spring retainers and Fel-Pro valve seals and valve cover seals for a complete refresh. Comp Cams does make titanium valve springs too, which are lighter than the steel ones and thus happier at high RPM, but they’re also 3-4x the price and since we’re only adding 300-400 RPM we decided to stick with the more affordable steel option. 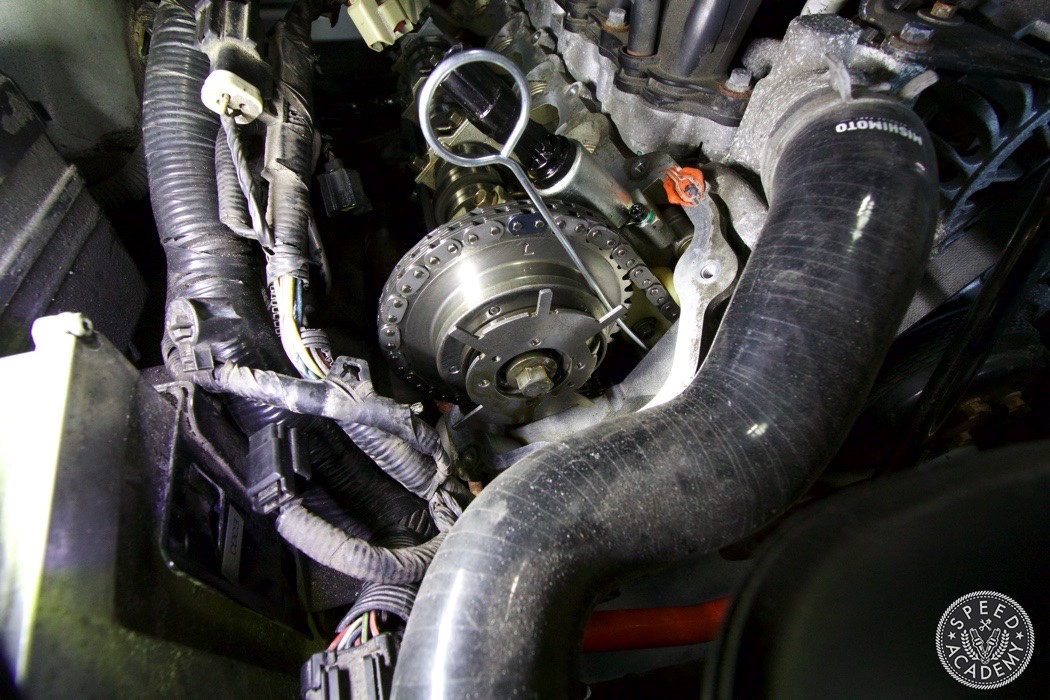 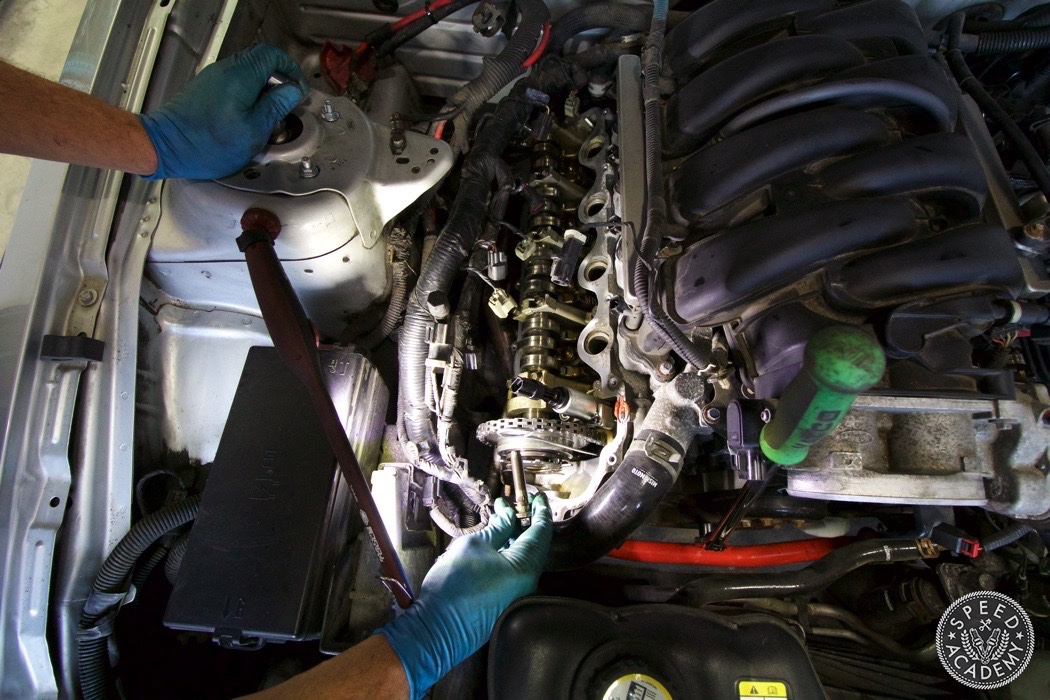 With the timing chain locking tool in place, we pulled the phaser bolts out and began unbolting the cam caps.

Hi, I would replace rocker armrs and Lash Adjuster, into a 2006 Mustang GT 3v there would be someone kindly, which explain the procedure ? I read in the Ford manual, wich Rotate the Crankshat until the Piston for the valve being serviced is at the top of its stroke with the Intake valve and the Exhaust valves closed . Repeat the previous 2 steps for each roller follower being serviced ! Theoretically, I get some doubt ! Someone could give me a practical example Applied to a cylinder .Thanks so much for understanding
Best Regards Francesco