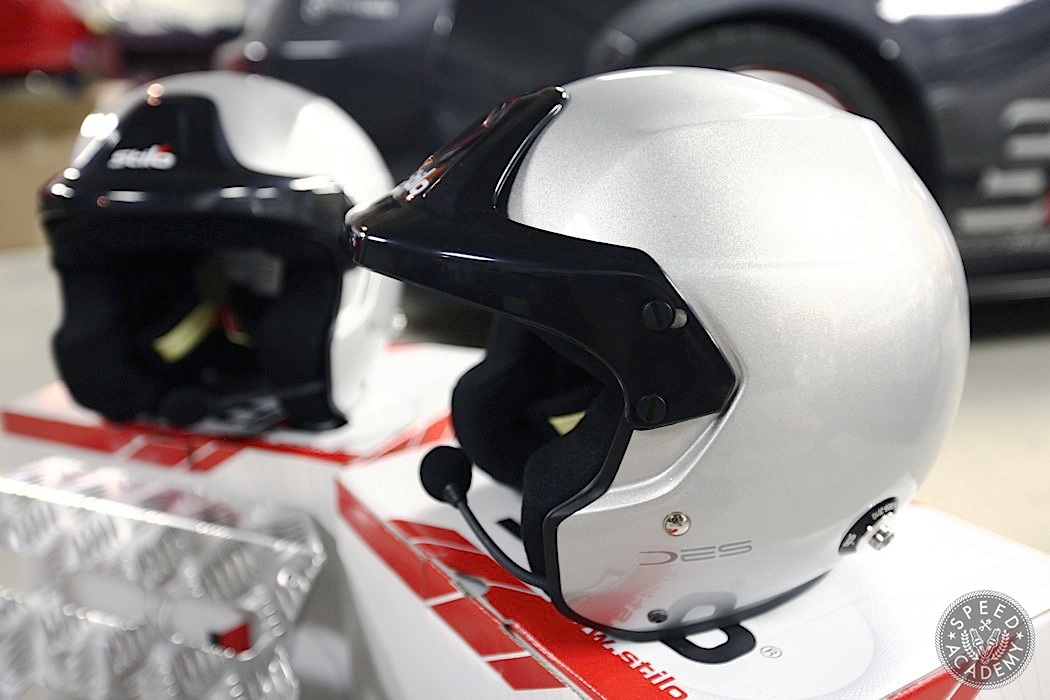 The other critical piece of the gearing up process was helmets and an intercom system. At an event like Targa NL, clear communication between driver and co-driver is absolutely critical. Unlike Rally racing, where the driver and co-driver get to recce the stages and take their own notes, at Targa NL you’re given a route book at the beginning of the week and no opportunity to preview the stages first-hand. That meant we were driving all of the stages blind (Targa veterans have a real advantage in that sense, although at this year’s event almost 50% of the stages were new, so even the vets were driving blind sometimes), which put a lot of weight on the route book and the co-driver’s ability to read the instructions at the right time and in a clear and coherent fashion. 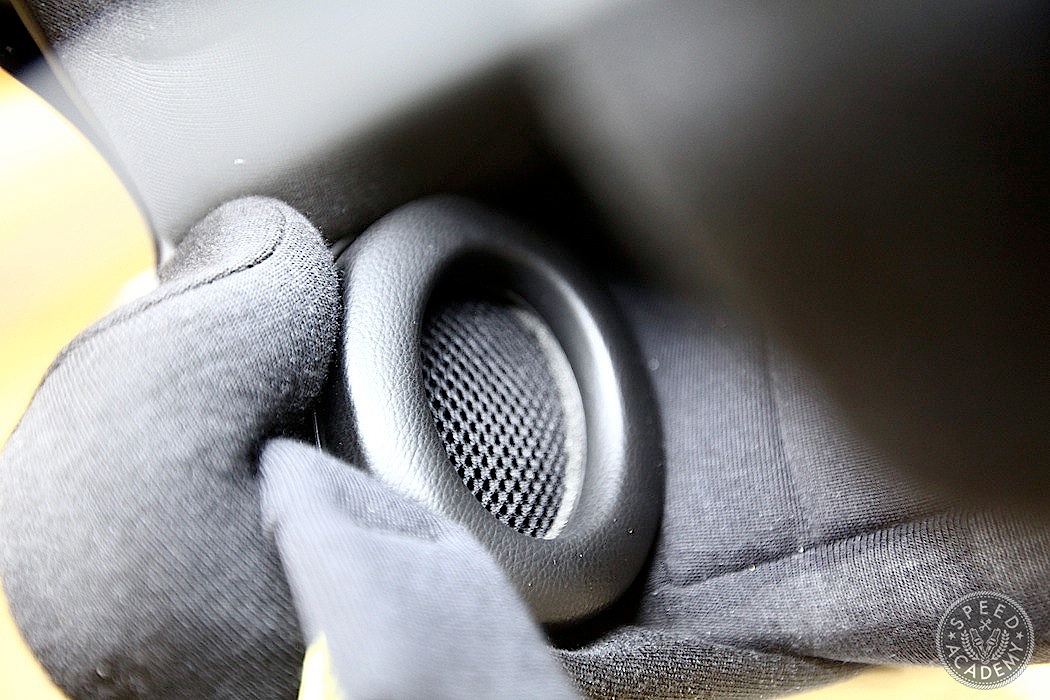 As rally/targa newbs, we kinda sucked at reading the notes (thankfully the critical corners were often physically marked with a big red arrow sign on the roadside), but our Stilo Tophy Plus DES helmets and WRC DES EVO intercom worked flawlessly in terms of crisp and clear communication out on the race stages. The helmets were also very comfortable thanks to their lightweight Kevlar/fiberglass construction and adjustable padding that velcros into the helmet and lets you customize the fit. The ear muffs built into the helmets do a fantastic job of blocking outside noise (our little FR-S was race car loud at wide open throttle), which meant all of the communication between Peter and I was never being drowned out. 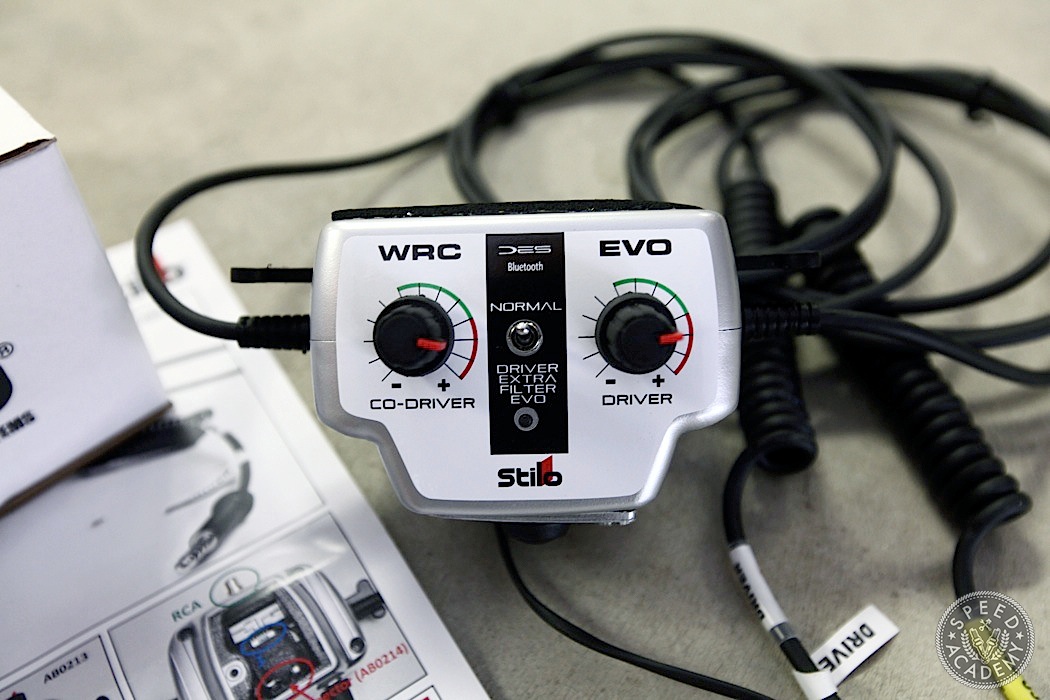 The microphone boom is also easily positioned so that you can fine-tune it for sound and comfort, and the WRC DES EVO intercom has separate volume control for both the driver and co-driver. Plus it has built-in Bluetooth, so our crew could literally call us and listen in as we raced each stage (when there was sufficient cell phone coverage) or we could call and order a pizza during transit stages (not that Peter would eat pizza…more like granola bars and low fat water for that dude). 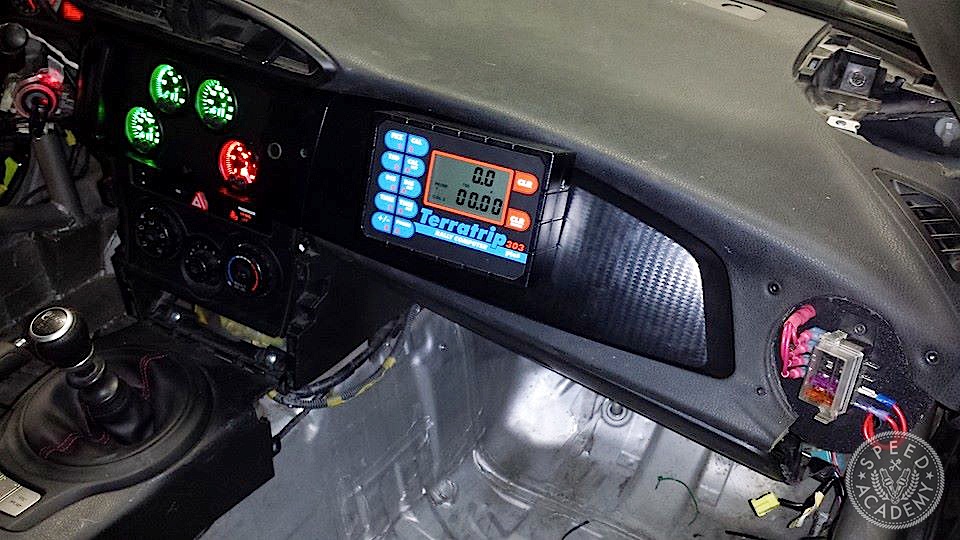 The intercom can be battery powered for you lazy installers out there, but we used the included hardwire option so that we never had to worry about losing comms due to dead batteries. Plus it gave our Targa tech Andrew “Moose” DeLaCour another wiring job to tackle, along with the TerraTrip 303+ rally computer and AiM Sport SmartyCam GP HD camera. Moose actually ran all these to a separate little fuse panel mounted on the dash, so we could quickly and easily fix any issues (though everything ran flawlessly during Targa).

For a quick peek at how we used the TerraTrip and all this sexy safety and rally gear at Targa, check out this in-car footage from the Hodges Cove stage on the last day of racing. You’ll notice Peter zeroing the odometer on the TerraTrip before the stage, so that the mileage in the route book is synched to the odo (we calibrated the TerraTrip’s odo, after considerable brain-strain and a phone call to pro rally co-driver Alan Ockwell, so that it matches up perfectly to the Targa route book distances). This allows him to read me the notes at the correct mile markers, assuming he’s able to time it properly. It’s not an easy job, since you need to check the mileage on the odo, look at the road and read the note all in the proper sequence and time it so that the driver gets the direction just prior to the corner. Peter was actually pretty good at it by the end of the week, but I never really got the hang of it. I focused mainly on reading him the critical notes with safety warnings associated with them so that we didn’t drive into the ocean, but other than that he was often on his own because my co-driving was dyslexic at best. 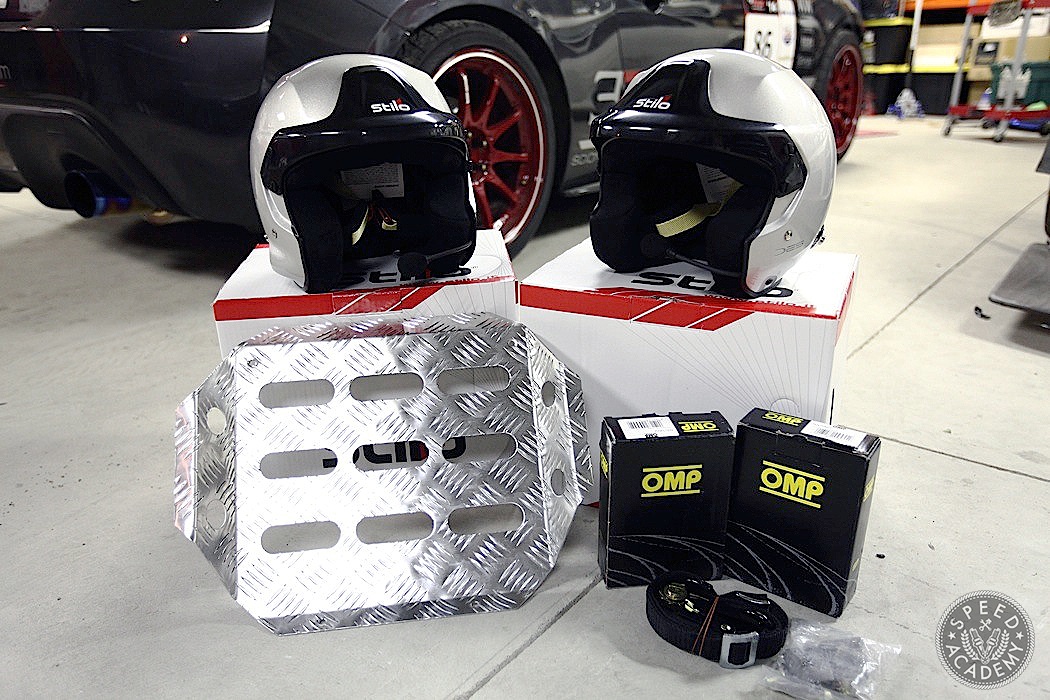 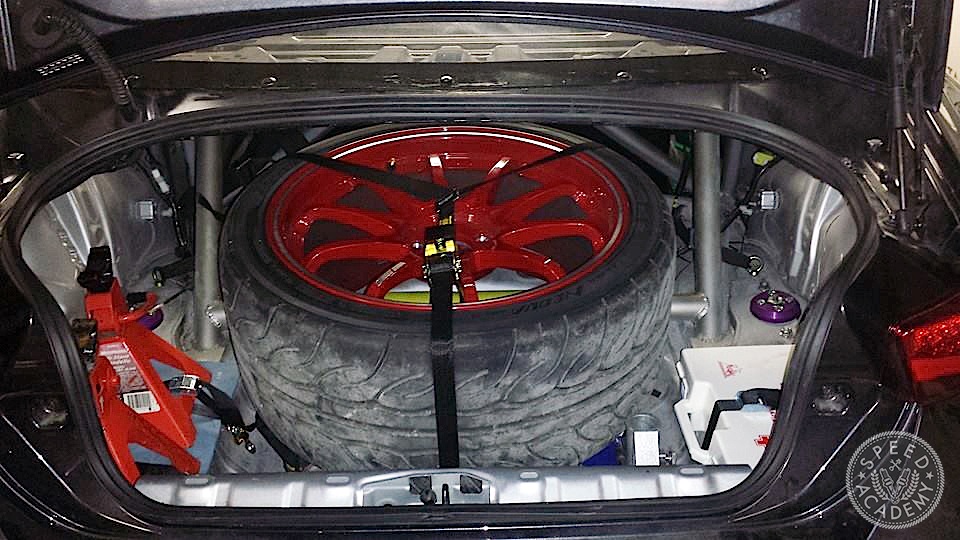 Ninja Edit: Oh! I totally forgot to mention the OMP co-driver foot rest, which gives the navigator something to brace his legs on and stabilize himself so that it’s easier to read the notes and not puke. Plus we used an OMP spare tire tie-down strap to hold our spare Volk Racing CE28RT wheel and Yokohama Advan AD08R tire securely in the trunk, along with strapped down jack stands, aluminum race jack, first aid kit, and a bag full of tools just in case we needed to do an emergency roadside repair. Turns out the only time we used all the trunk-mounted gear was at a test day at our local race track, but it was good to know it was there during Targa because the potholes were numerous and often super-sized! We sourced the OMP gear from HMS Motorsport, one of the best stocked and most knowledge racing gear suppliers we’ve dealt with. These guys know their stuff, race test the gear they sell, and have outstanding technical and customer support. In fact, HMS Motorsport founder, Joe Marko, is one of the leading experts on racing safety in America, having been the National Safety Steward for BMW CCA Club Racing and a member of the International Council of Motorsports Safety, so you know when you contact these guys for advice on safety gear you’re getting the right information.

Alright, one more build story coming at you shortly and then we can move on to a proper Targa Newfoundland race story!

Project ASS2000:
Finally Back On The Ground!

For a while there it felt like the ASS2000 might spend the rest of its life on jack stands, but with plenty of patience and perseverance it’s finally moving under its…