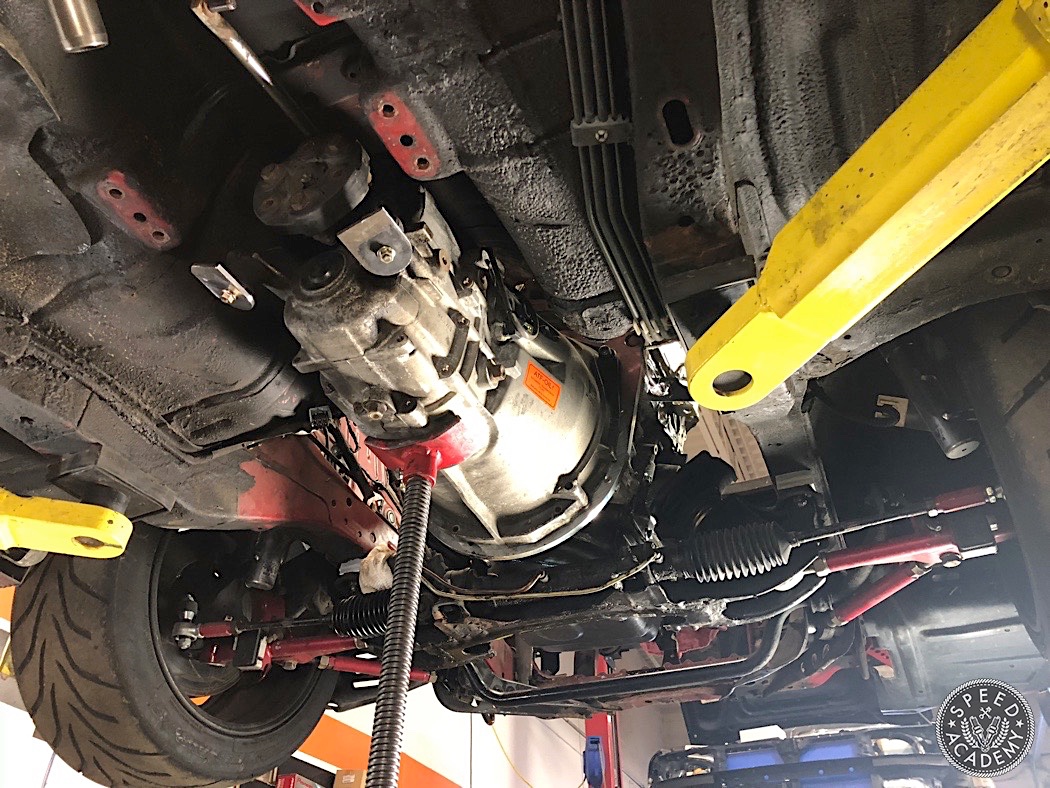 The OE transmission crossmember cleared the ZF 5-speed (out of an E46 330i) so well we decided to modify it, rather than building a completely custom solution. Vinh started this process by making up a couple of tabs that you can see bolted to the transmission mount on the ZF. These tabs would then be welded to the OE S14 crossmember. 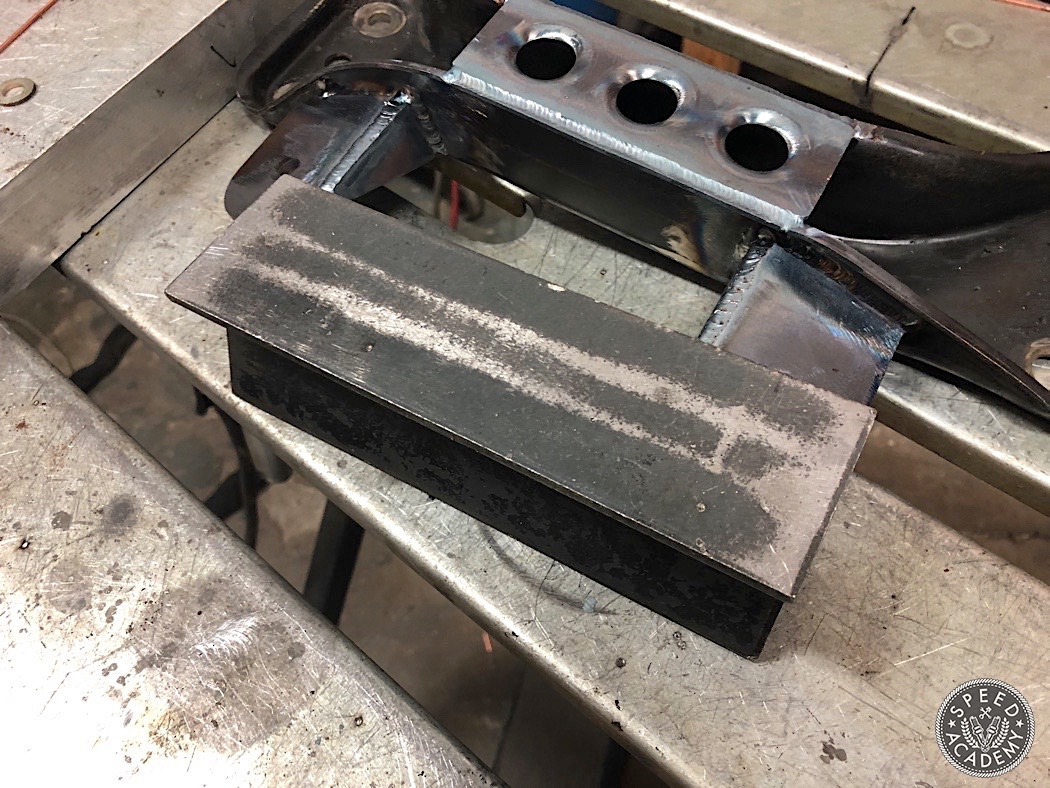 You can also see here that Vinh not only welded the tabs on, he also gusseted them for added strength and reinforced the underside of the main span of the cross member with a dimple died plate in order to strengthen it up, too. 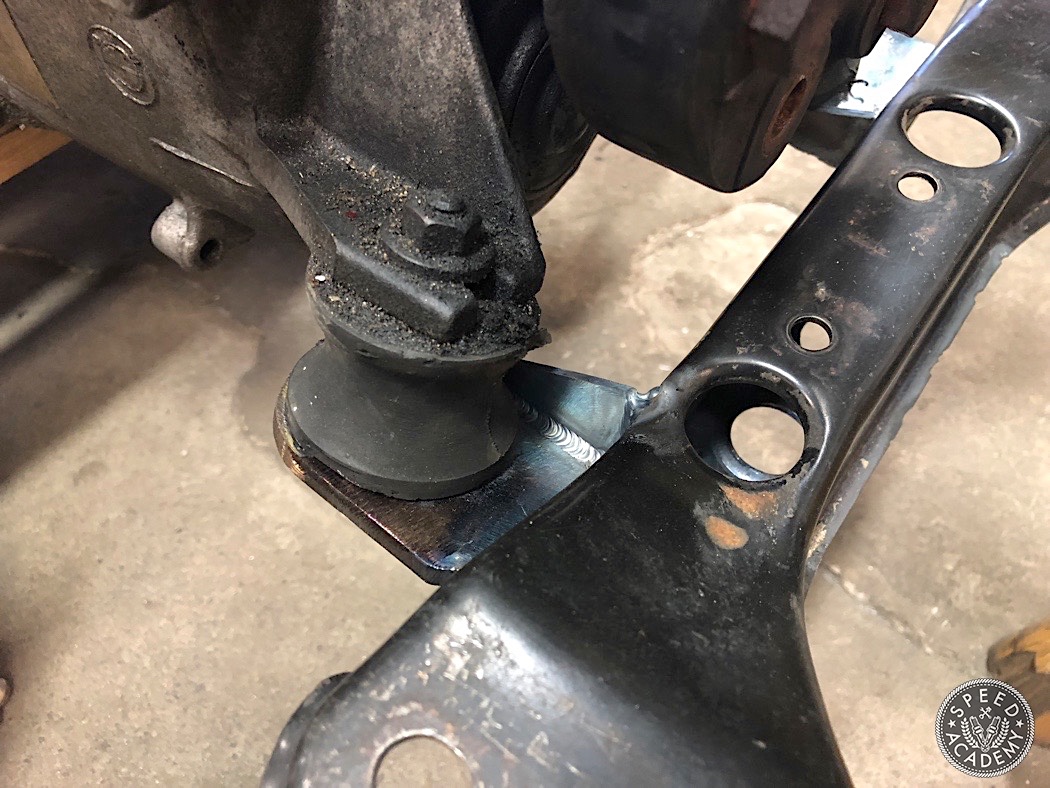 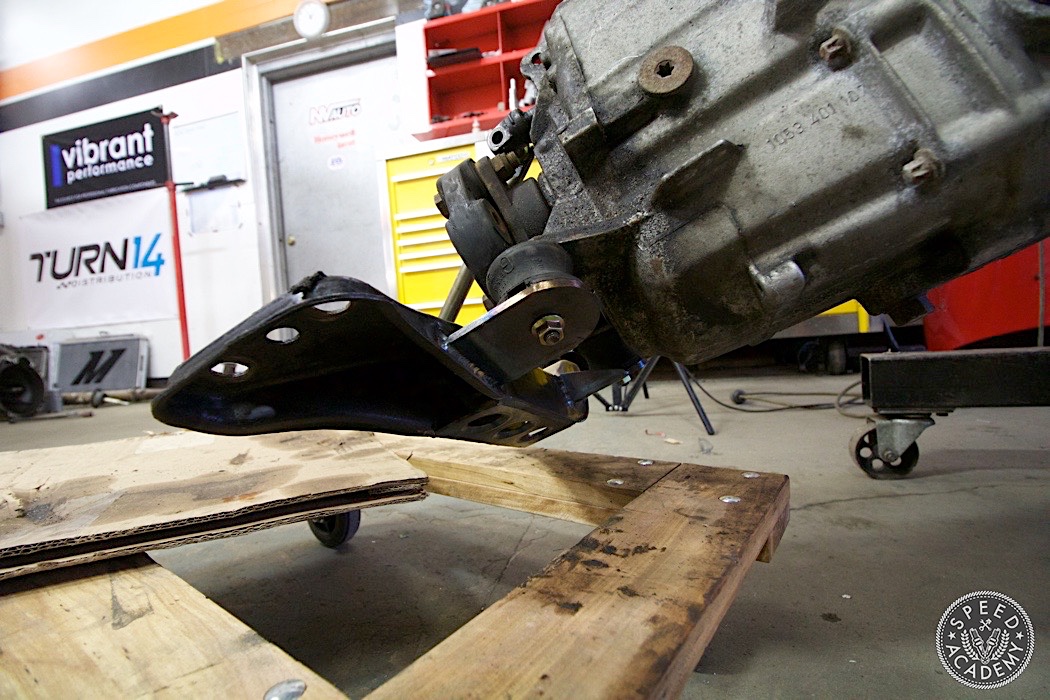 Just like we did with the engine mounts, we left the OE bushings in place because this is a street car and Pete wanted to keep it as civilized as possible. 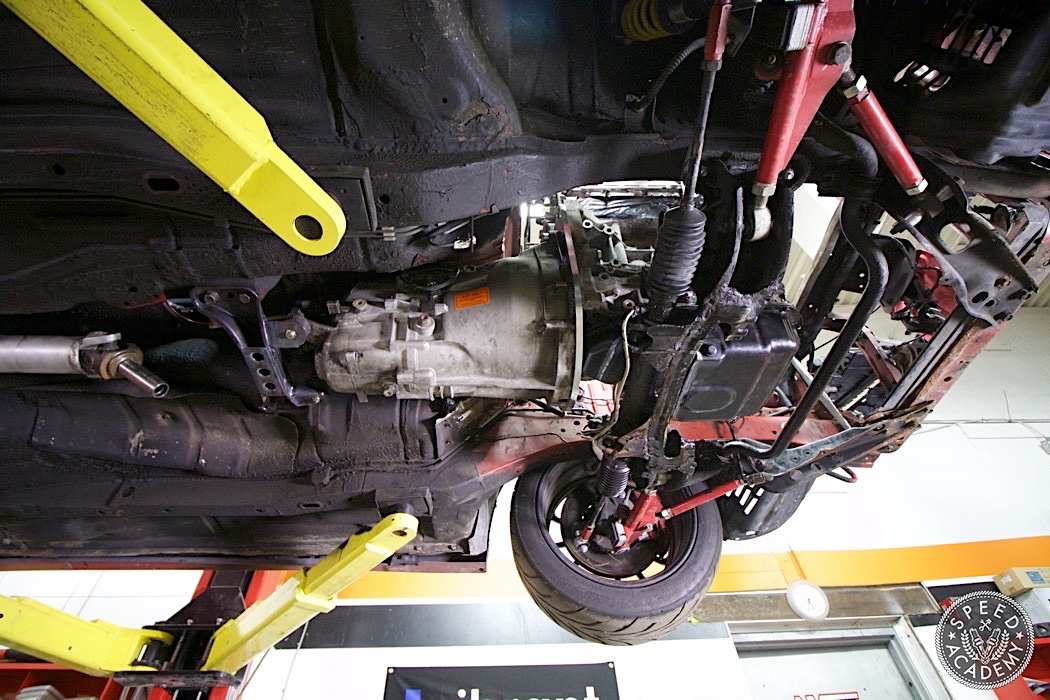 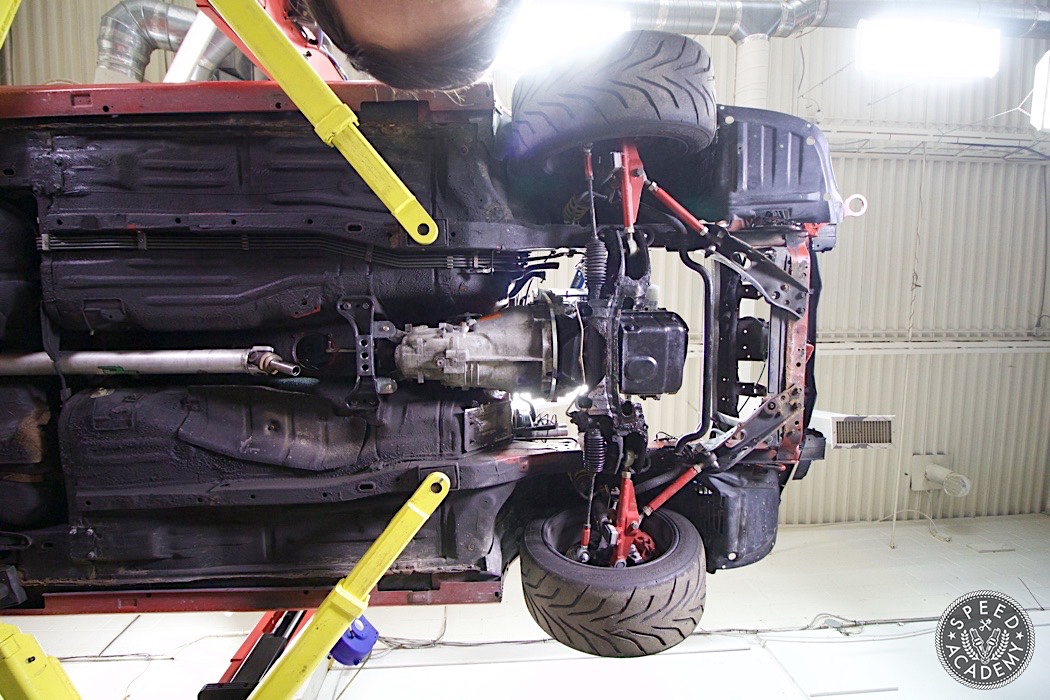 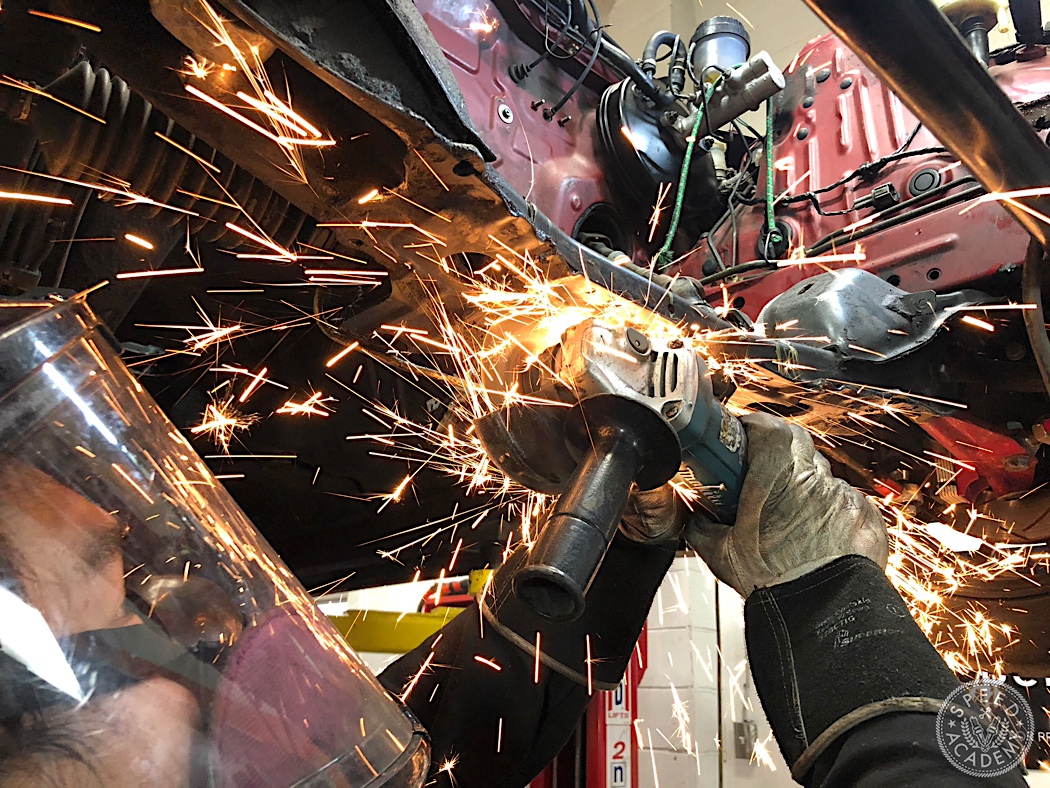 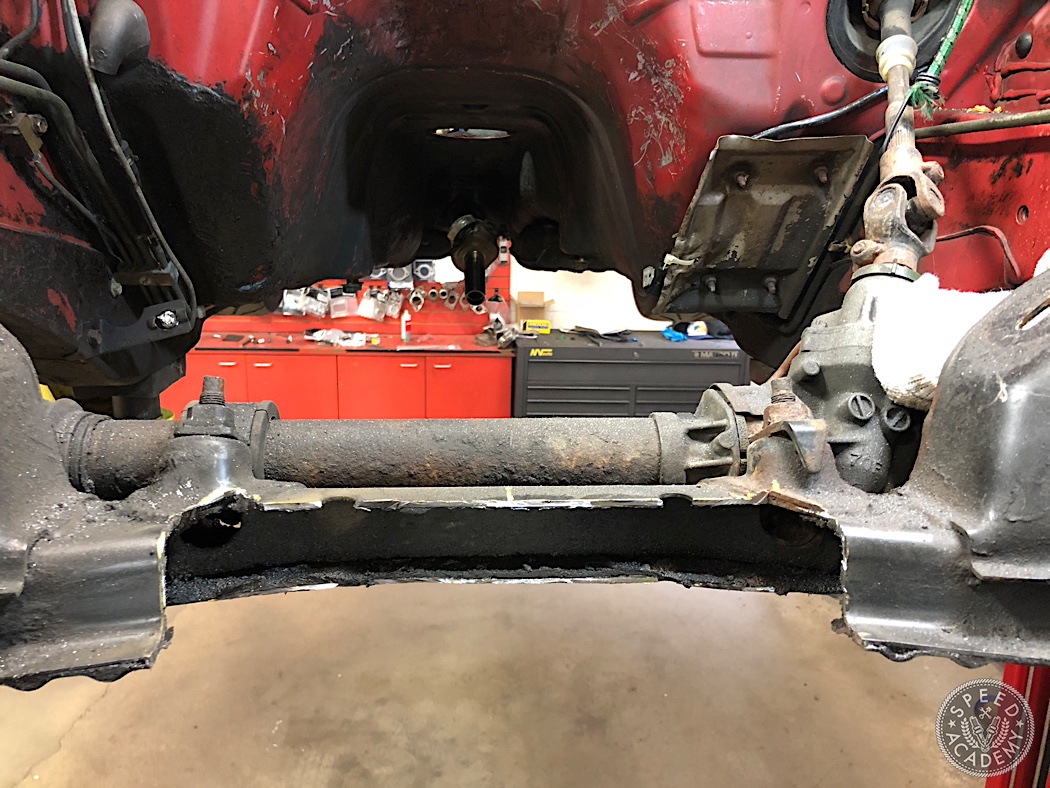 Lets wrap up this update with the reinforcements Vinh made to the front subframe. As you’ll recall, we notched it for oil pan clearance, which meant we’d have to reinforce it to ensure that it’s at least as strong (if not stronger) than it was before this modification was made. 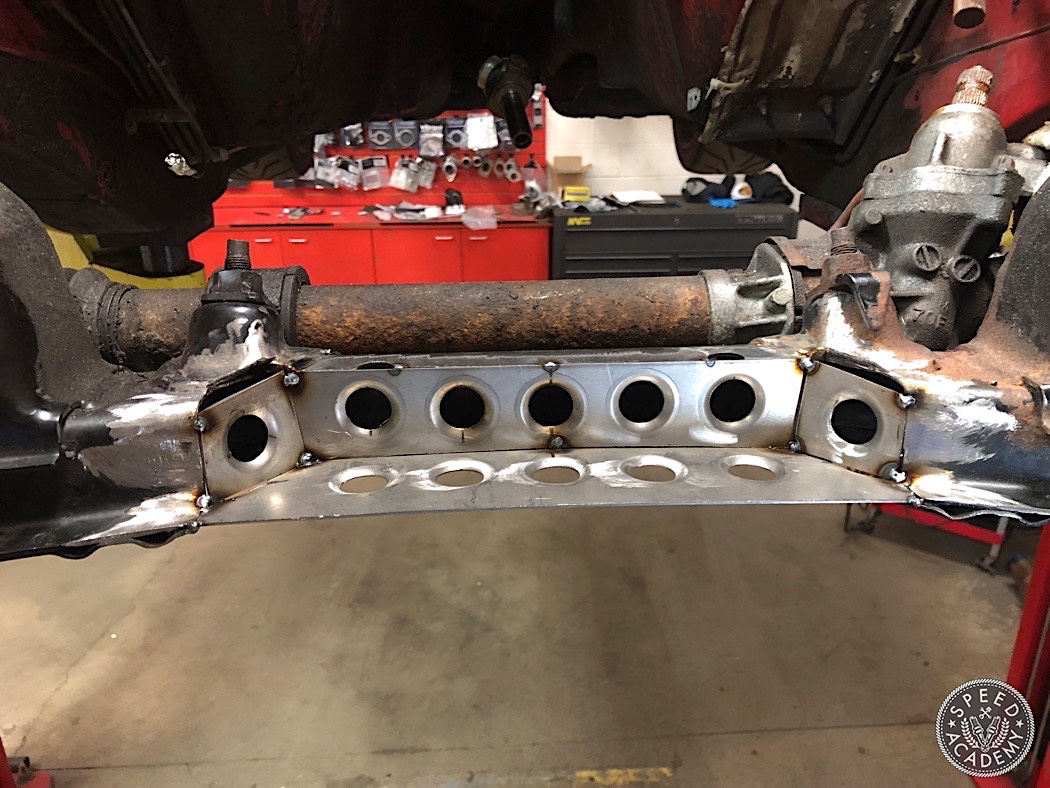 As you can see above, Vinh whipped up some dimpled plates to box in the subframe and tacked them in place. 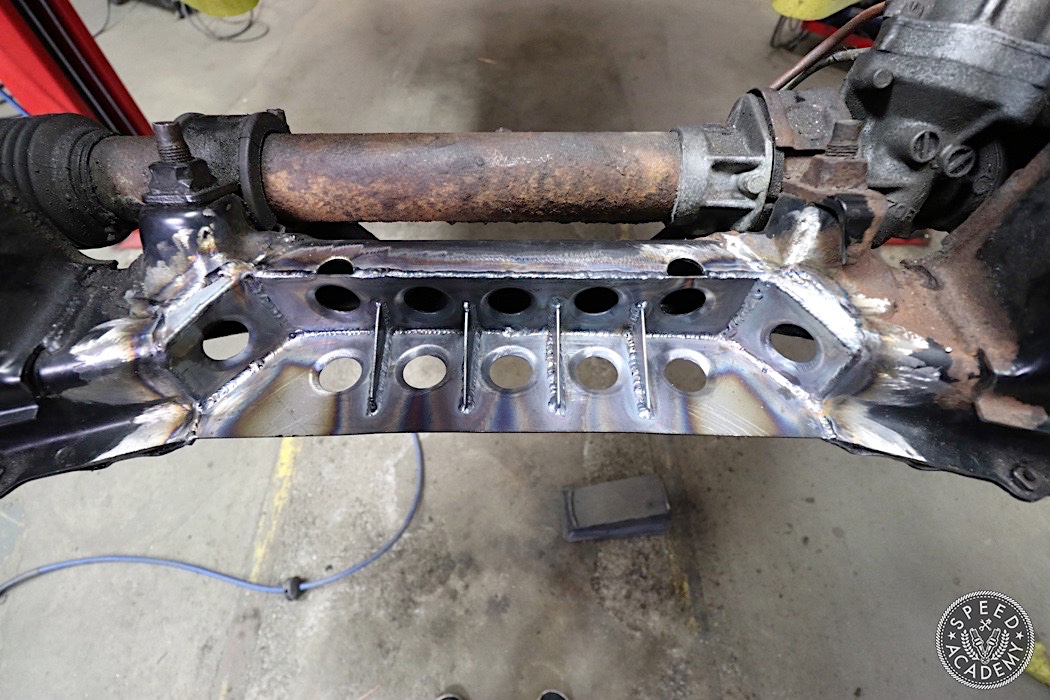 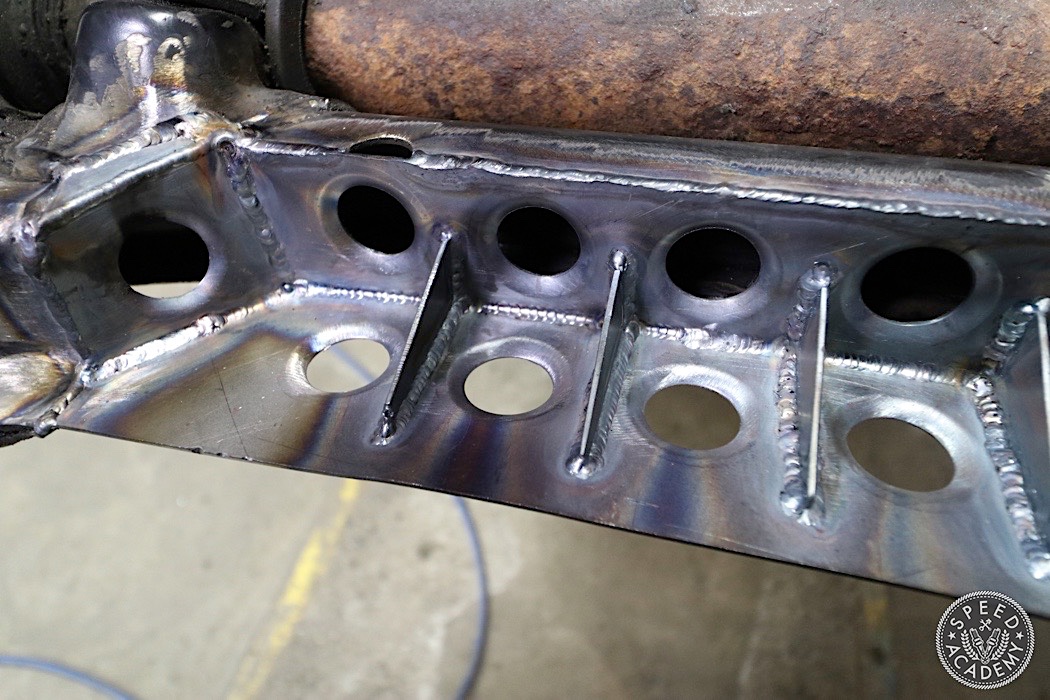 From there he finish welded it and added some gussets to strength the whole thing up. 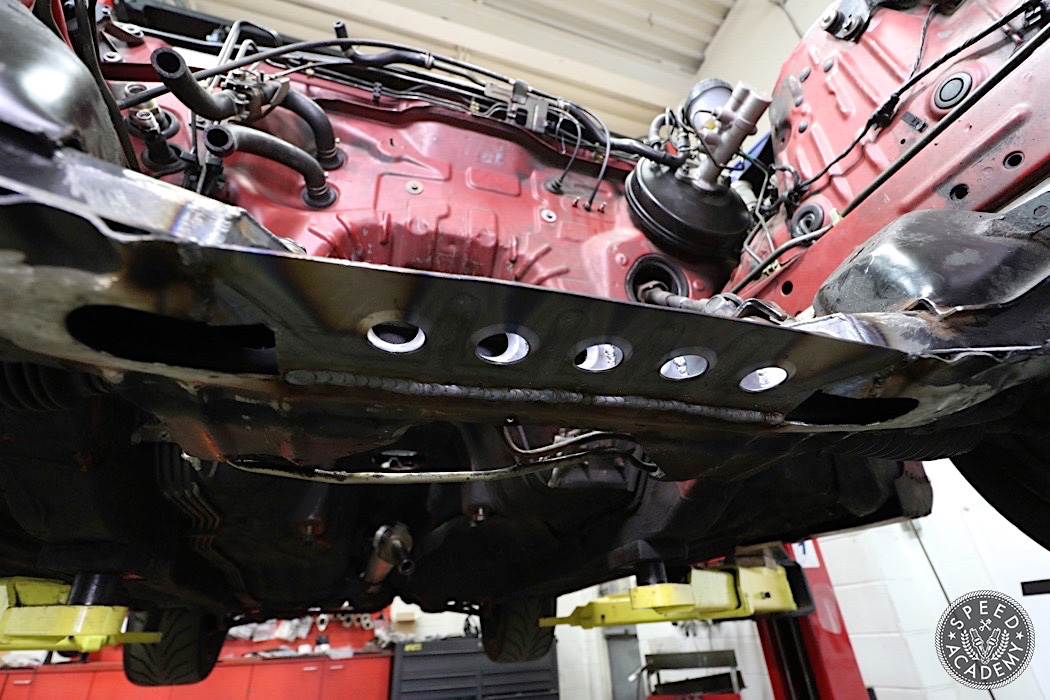 The finished subframe was strong enough for us to do some chin-ups from. Ok, Pete did the chin ups, not me (I’m opposed to any form of exercise that doesn’t involve ripping VTEC).

For a video recap of the subframe modifications, check out the video above (jump to the 3:20 mark where that job begins). 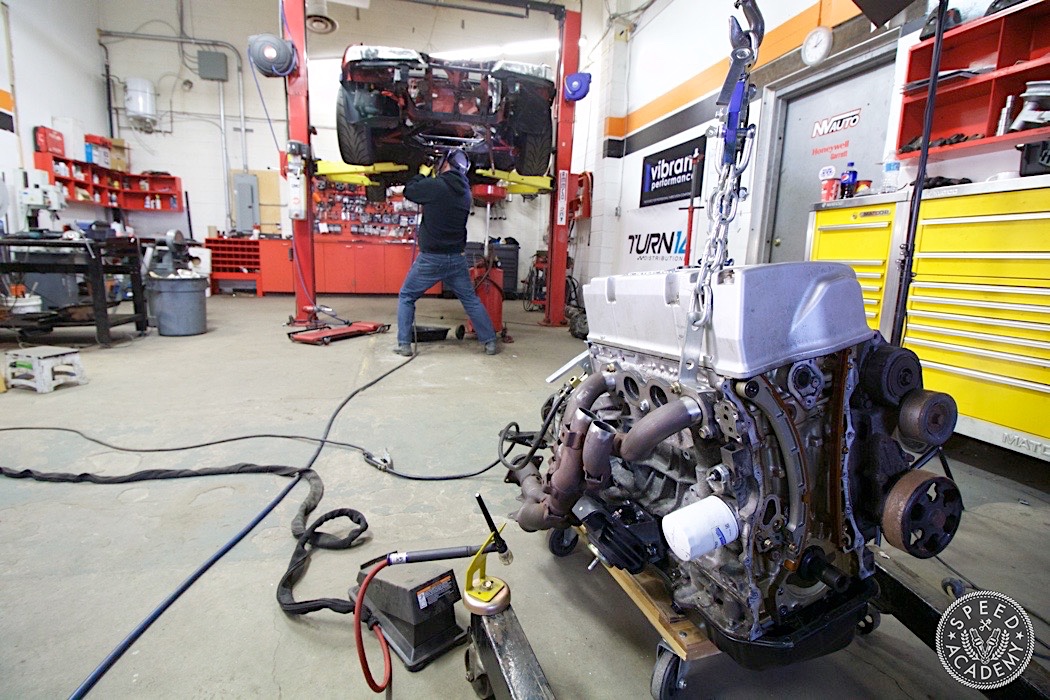 Next update we’ll bring you up to speed on the intake and exhaust manifold modifications required to make this swap work, as well as some other small but important details like lengthening the steering shaft.