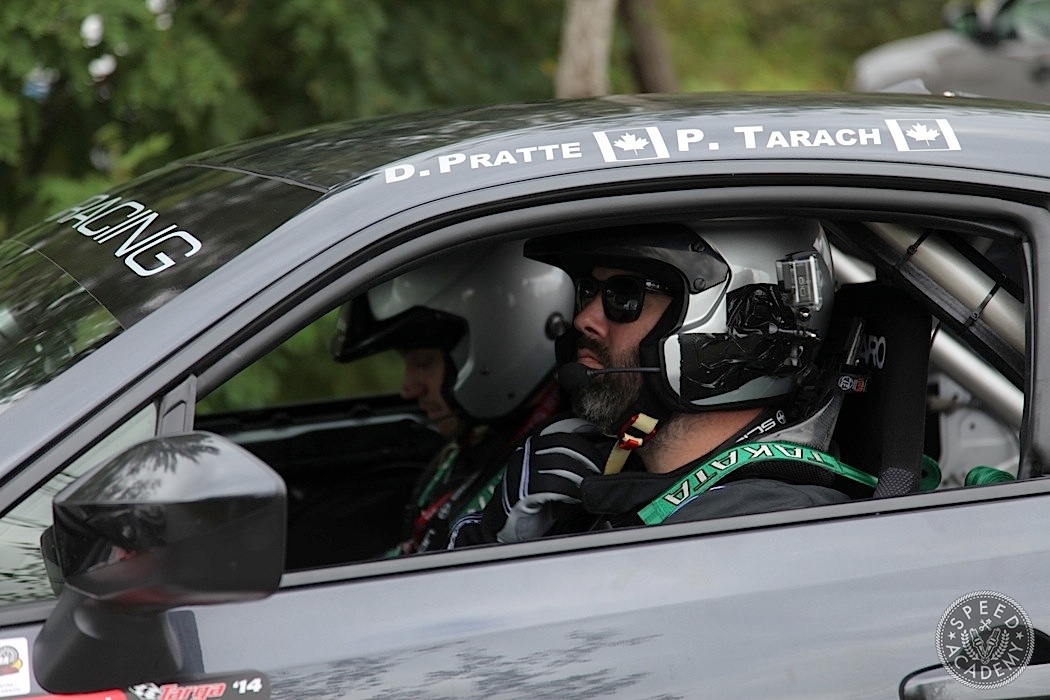 A few weeks ago I wrote a story about driving techniques for the race track, and that story generated a lot of feedback from readers. I plan to do a follow up to it on braking, since my statement that proper and optimal use of the brake pedal has a greater impact on lap times than the gas pedal stirred up a lot of interest, but before returning to the physical side of driving I’d like to touch on the mental part of the sport.

My journey into mental preparation for motorsport began in 1999 in the parking lot at the Powerade Centre in Brampton, Ontario. I know, a hockey arena doesn’t sound very motorsporty, but it was and still is a popular venue for autocross events since it has a fairly large parking lot that can be affordably rented by car clubs. 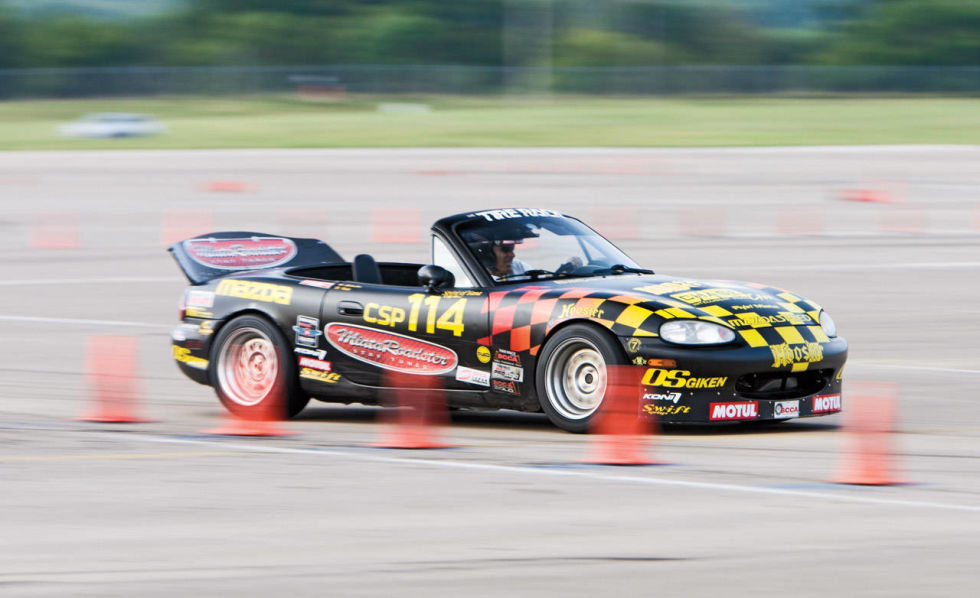 It was at a Powerade autocross event that I saw a competitor sitting in his Miata waiting in line for his run, but instead of rocking out to Lady Gaga or chatting with his buddies, he had his eyes closed and was pretending to steer left and right with his hands and rocking side to side with his head. I’d seen downhill skiers use visualization like this to “practice” the course before a run, but I’d never seen it used at an autocross event. This guy was some kind of cone dodging Zen master.

I was intrigued by the idea of visualization, so I decided to try it myself. Keep in mind, autocross is part driving challenge, part car prep and car setup challenge, and part memory challenge, since you only get 4 or 5 runs on a course design that’s new to everyone. As a result of the limited practice you get on any given autocross course, memorizing the layout well enough that you can attack it is a big part of the game. Before each run I’d sit in my car for 5 minutes and visualize the course and all of my steering inputs, pedal inputs and shifting, revising my visualization after each run so I could “practice” what I’d just learned.

That smug bastard is not me, but it’s how I felt after my first class win in a local autocross series.

Lo and behold, I won my class in a bone stock car with OE tires against a bunch of guys on much stickier rubber and better prepped cars. I was officially sold on the power of visualization, which in turn led me to research other mental tools for improving my performance as a driver.

I continued to use visualization when autocrossing, but when I started to compete in Time Attack at permanent race tracks, memorizing the course wasn’t really an issue any more. Now the challenge was more about learning to carry maximum speed into a corner, preserve momentum through the corner, and find the technique and the courage to go faster in places I didn’t think there was more speed to be found.

There is, of course, always more speed to be found if you’re willing to look for it in the right places. For example, during my second year of Time Attack competition in what is now called the Ontario Time Attack Championship, I was struggling to beat a couple of first-gen Eagle Talons in my class. My ’99 Honda Prelude was well prepped for the class, but I’d convinced myself there was no way it could go flat out through turn 1 on Shannonville’s Nelson configuration, a deceivingly quick right-hander thanks to the camber in the road surface down by the apex. 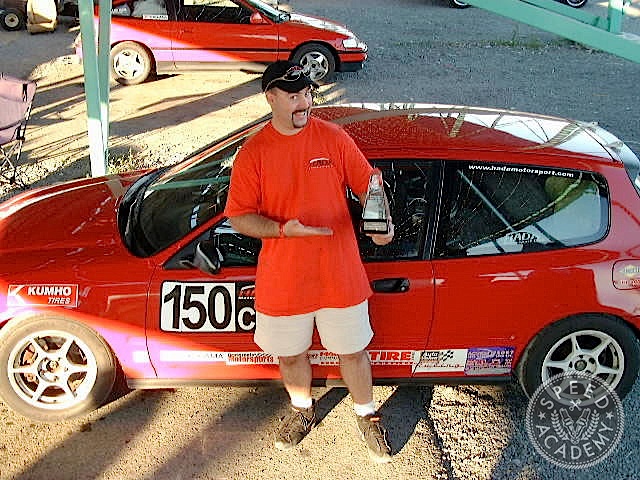 Ok, so this pic isn’t from my first win in the Prelude, but rather a win in my trusty old EG Civic a few years later, but you get the idea. Winning feels good at any level and mental preparation plays a surprisingly big role even when you’re just trying to beat a few other duffers at the grassroots level.

It was the last event of the year and I was desperate for a win, so after a lot of deep breathing and a scream of “banzai!” as I blasted down the front straight toward turn 1, I kept the throttle matted. Much to my brain’s surprise, the car gripped strongly through the apex and gained enough exit speed that an extra upshift was needed before the next braking zone. Breaking through this mental barrier not only led to my first class victory in a time attack series, it made me realize just how big a factor my mindset is when driving and how learning to control my emotions and focus my mind would be key to any future successes I might have behind the wheel. 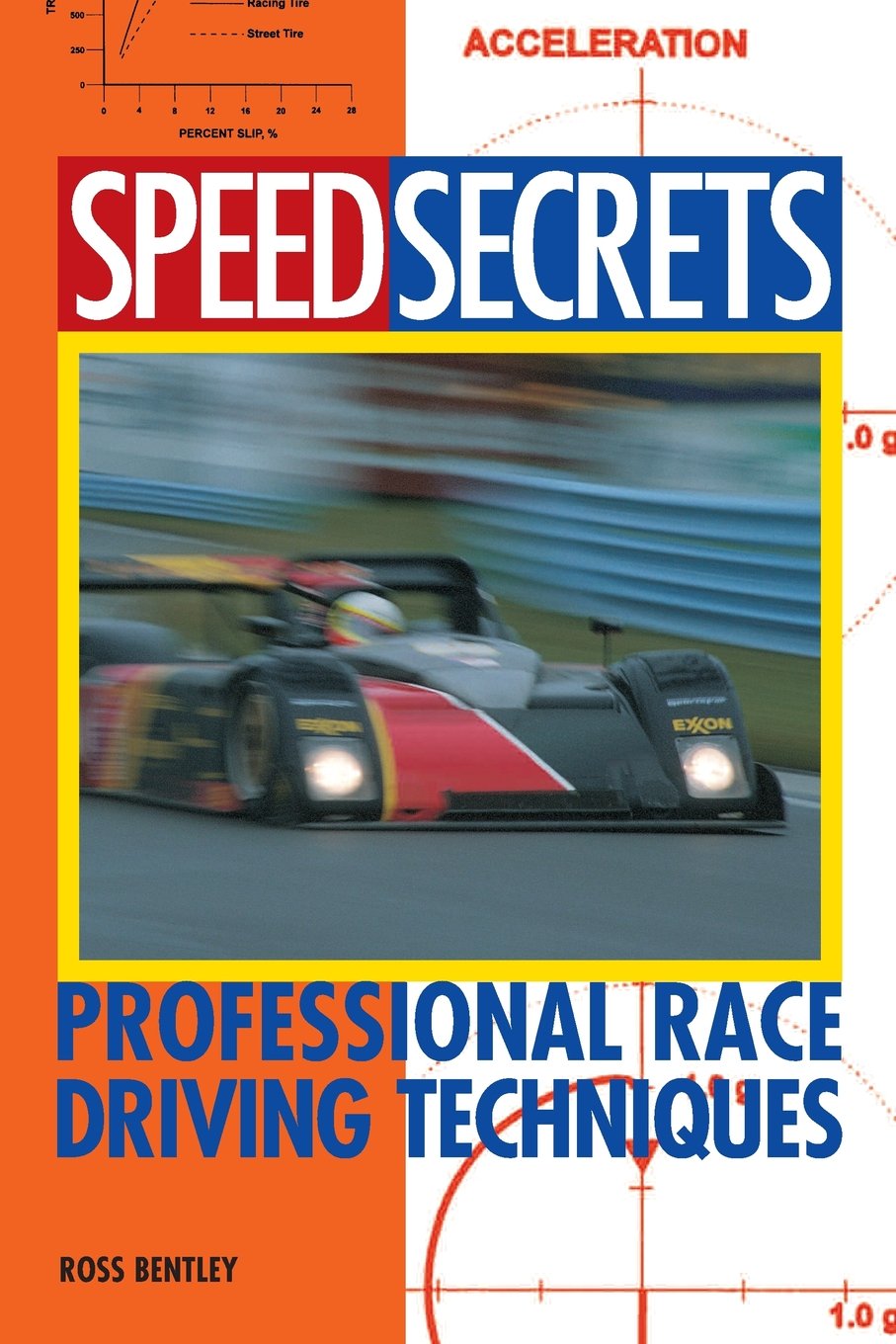 It was around this time that I decided to take my mental preparation for racing more seriously, which meant reading everything on the subject I could find.  One of my favourite books is by highly regarded Canadian racer Ross Bentley called Speed Secrets: Professional Race Driving Techniques, which is a practical guide to improving yourself as a driver. This quote in particular has stuck with me: “Your mental approach to driving may just have the single biggest effect on your success.” 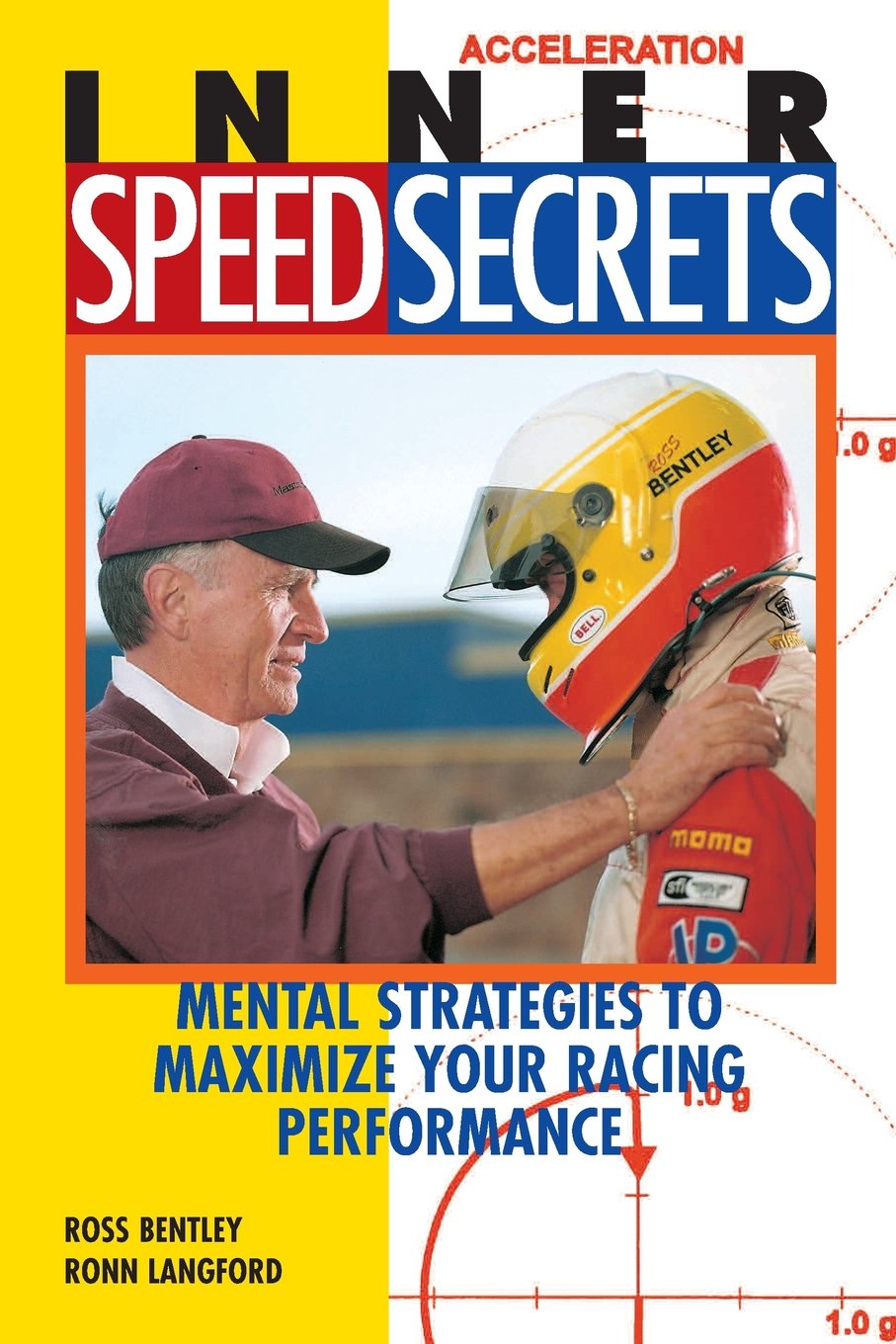 Although this book is focused more on the physical aspect of driving, there is a short but insightful chapter (Chapter 14: A Racing Mind) that outlines a variety of “secrets” related to optimizing your mental approach to race driving. Getting into the car with a relaxed and focused mind, focusing on your own performance rather than on the competition’s, focusing your eyes on where you want to go on the track (not where you don’t want to go), looking and thinking as far ahead as possible, expanding your comfort zone (or feeling more comfortable at full speed and on the edge of adhesion) through practice and experience, and learning to use visualization to focus your mind are all practical suggestions discussed by Bentley and ones I know have helped my own on-track performances over the years. Bentley has since written a series of books including ‘Inner Speed Secrets’ that focuses solely on the mental approach to driving.

I was also surprised to learn at a Corvette press event where three-time 24 Hours of Le Mans winner Ron Fellows was the guest of honour that he was working hard on his mental approach to racing under the guidance of Psychologist Dr. Jacques Dallaire. Fellows, in his trademark lighthearted style, described some of his training with Dallaire, which included some “mind speed” drills where he’d have to react as quickly as possible to points of light or other types of stimuli in his peripheral vision as well as other drills designed to both focus the mind and speed its processing. Fellows went on to describe the brain as being like a muscle in the sense that you can improve its performance with the right exercises and that his mind speed training with Dallaire had contributed greatly to his ability to perform at the highest level in what is arguably the toughest and most competitive race in the world (Le Mans).

In fact, Fellows is so sold on mind-speed training that he’s integrated it into the curriculum at his Corvette Racing School at Spring Mountain Motorsports Ranch. A number of other noteworthy high achievers have also used Dallaire’s approach to mental focus and mental toughness as outlined in his book ‘Performance Thinking’ including actor/racer Patrick Dempsey and three-time Indy 500 Champ Helio Castroneves. 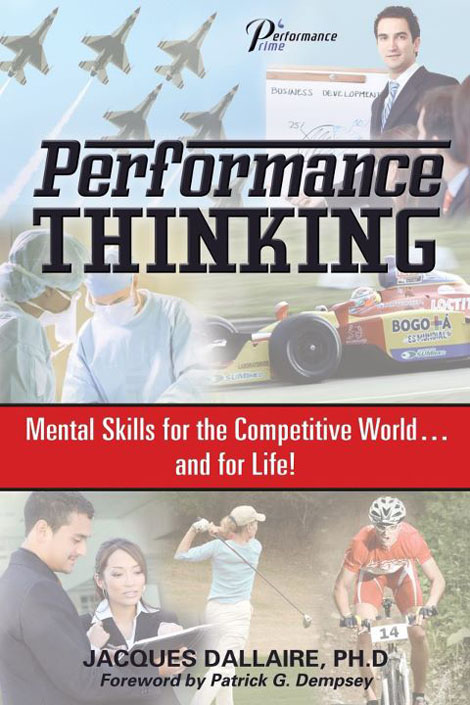 In this book Dallaire tackles classic psychological pitfalls like self-sabotage and how they impact on our performance as athletes (and of course it applies to other areas of life as well). He then moves on to offering a method (which he calls A.C.T.) for focusing the mind on a single positive, task-oriented thought so as to block out any self-doubt or that little voice in our heads that say “You’re not as talented as those other drivers.”

As a part of his method for developing a more singular focus and greater mental toughness, Dallaire presents the seven Rules Of The Mental Road, the 7th striking a particularly strong cord with me. It states, “If you do what you’ve always done, you’ll get what you’ve always gotten.” This reminded me of one of the earliest lessons I learned when I started to compete in Time Attack, which was to fight my tendency to drive the same corner the same way every lap.

That is to say, it’s very easy (at least for me) to fall into a pattern where I drive by muscle memory. I’m able to turn consistent lap times because of this, but it was preventing me from exploring different lines, trying different braking points, and pushing myself outside my comfort zone in search of more speed. To this day I still have to remind myself that the track is changing, tire conditions are changing, engine conditions are changing, and that my “comfort zone” is always at work like some sort of speed-hating sedative. 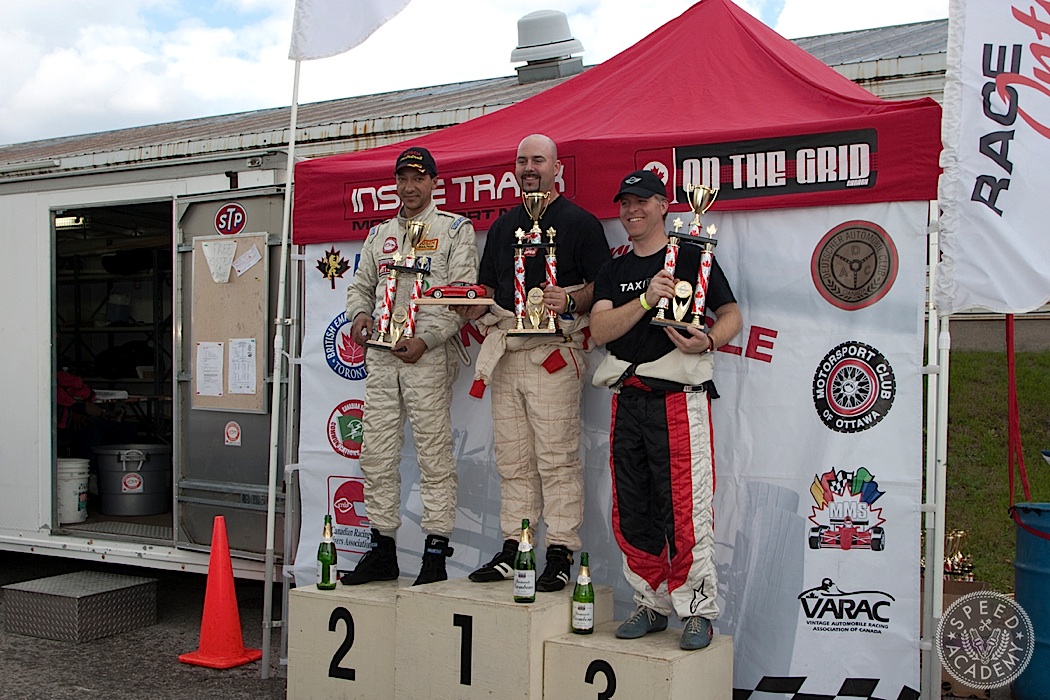 If you’re anything like me, then half the battle is simply recognizing the importance of your state of mind when getting into your car and your mental preparation before attempting to win the race or set a personal best lap time. With this recognition comes the opportunity to fine-tune the most important part of your race car: the driver. For me, that’s meant reading books like the ones I’ve mentioned here as well as talking with a variety of drivers and driving coaches about their approaches to mental preparation and focus. As the old saying goes, there’s no substitute for seat time, but if my experience has taught me anything, it’s that visualization and better mental preparation will allow you to make the most of that seat time and help you leapfrog your closest competitors in the process.

How To Build A Datsun 510, A Lot:
Engine Swaps & Custom Everything Part 2

Ok, so before I get started, if you haven’t read Part 1 yet, go do that now. Trust me, it’ll make this part make a whole bunch more sense. Now…