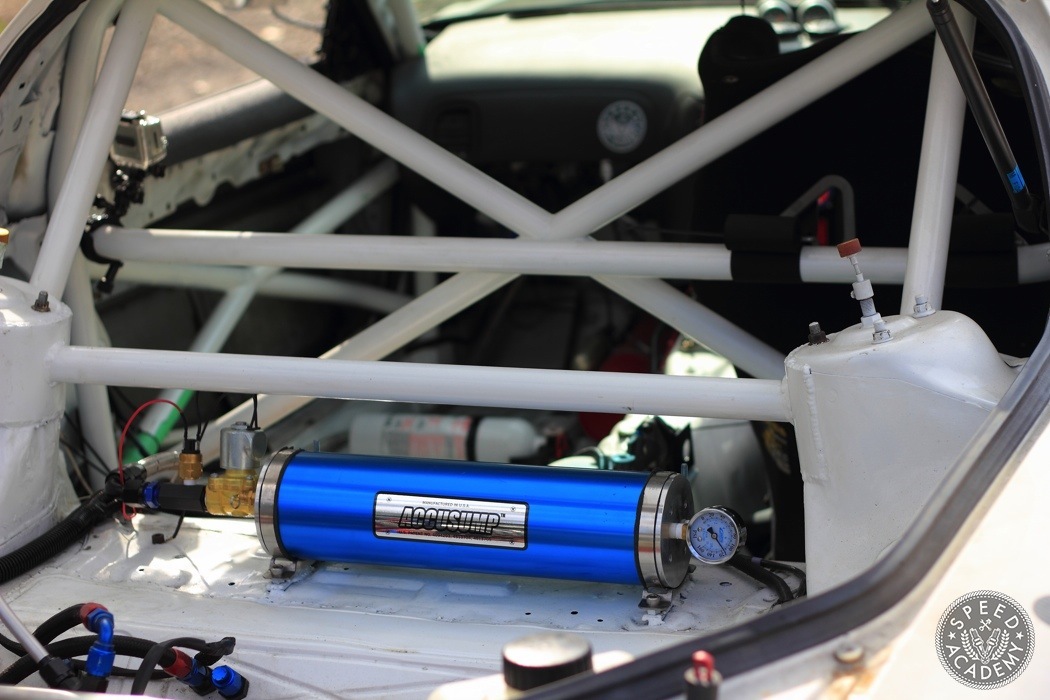 The stresses and demands of an engine and its oiling system are extreme at a race motorsports level. Aside from the obvious heat and thermal breakdown that oil is subjected to, one of the other major concerns is oil starvation. During high speed corners or extreme g-force loads oil has a tendency to collect to one side of the oil pan, which on most road going vehicles leaves exposes the oil pick-up air instead of oil. We all know the resulting scenario when that happens. Low oil pressure therefore inadequate oil lubrication which leads to spun bearings or worse catastrophic engine failure.

Solutions such as deep oil pans, some equipped with baffles or trap doors, have been effective at keeping oil from sloshing around and away from the engine’s oil pick-up but the best-developed weapon against oil starvation and oil frothing is a dry sump oiling system since the pump always has positive pressure regardless of cornering forces but these systems are expensive and thus not really accessible to most of us on a privateer’s budget. 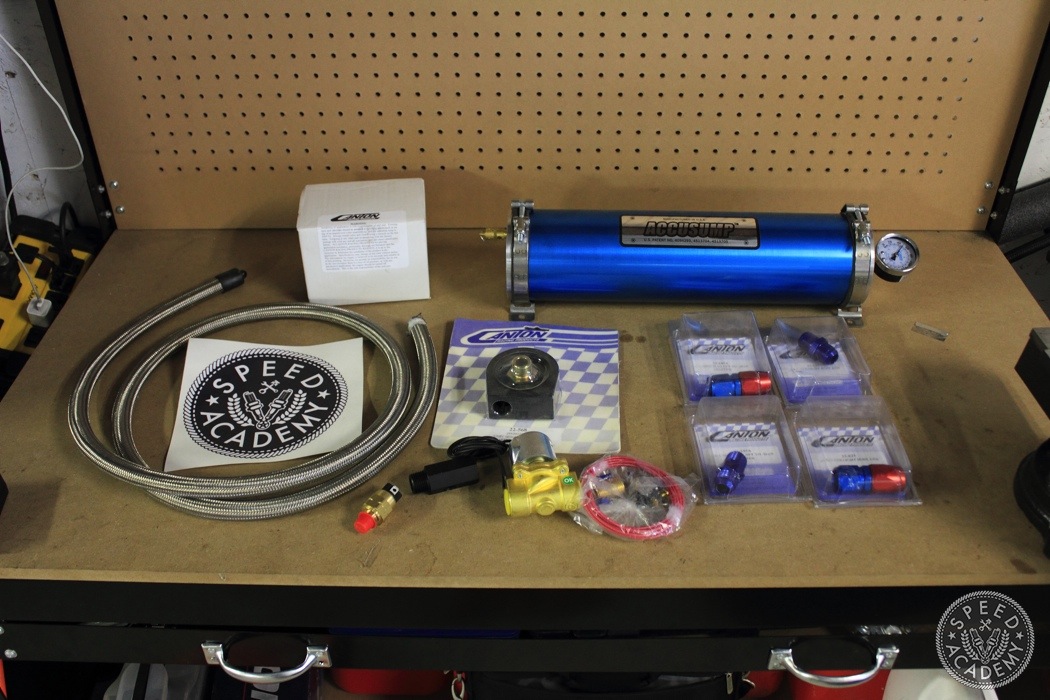 There are however, more cost effective and simple solutions. Canton Racing is a company that’s been involved in racing motorsports since 1981 and specializes in products that fight against the foray of oil starvation. Their Accusump Oil Accumulator system in particular has won the hearts and accolades of racers everywhere for its ease of use and accessibility.

However, in the event that oil pressure drops too low, the Accusump discharges its oil reserve into the motor instantly. This can last from anywhere between 15 to 60 seconds depending on engine and Accusump reservoir size. The system then recharges once oil pressure has stabilized. The Accusump will keep doing this until you have stopped attacking the track and generating those big cornering G’s. 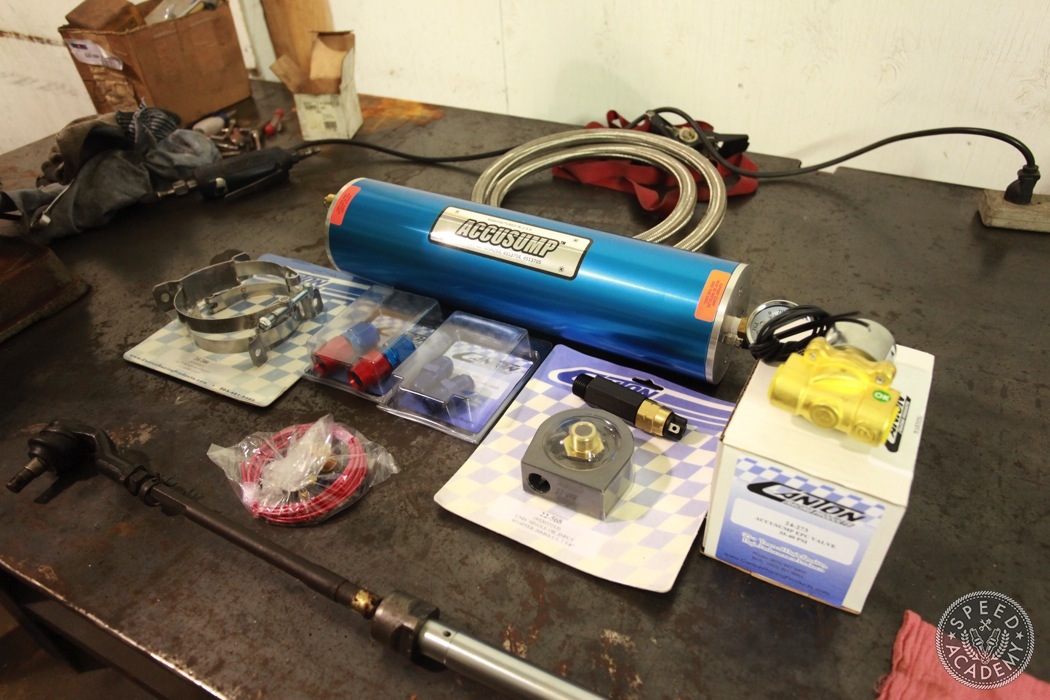 After speaking with Canton Racing’s Jeff Behuniak and discussing my needs and the RX7’s oiling system (two large Earl’s oil coolers and associated plumbing), he recommended Canton’s 3qt system. Here is the set up in all its glory consisting of a 3qt reservoir, oil filter sandwich plate, electronic pressure switch, electronic valve, AN-fittings and braided line. 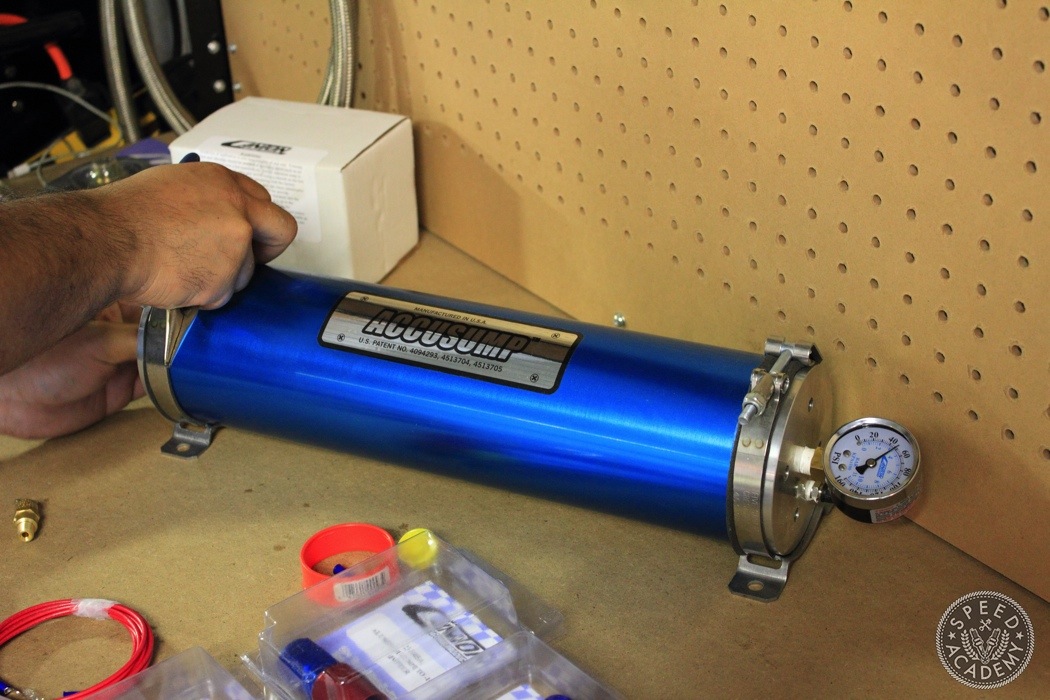 The first order of business was to install the mounting brackets to the reservoir. There are clearly marked areas on the reservoir body where the brackets are to be mounted. Canton is very specific in its instruction to not deviate from these mounting areas as it may distort the reservoir and affect the piston inside. That’s right, I followed the instructions, because even though my inner alpha-male wanted to free wheel it, an oiling system addition like this is not to be taken lightly. 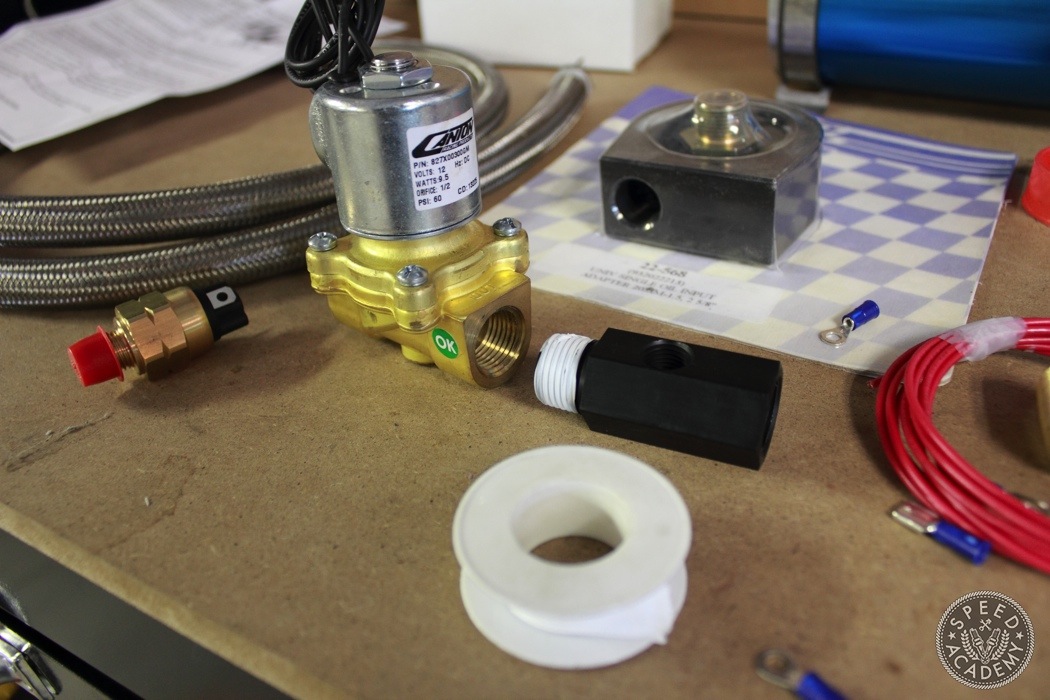 Assembly of the EPCV (Electronic Pressure Control Valve) is next.This EPCV is set at 35-40psi discharge/refill. Basically this means it will only discharge when it sees an oil pressure lower than that and only refill once oil pressure is above 40psi. I chose the electric valve to allow for mounting flexibility while retaining the fast refill of a manual valve. Teflon tape was used on all threaded connections, as instructed. 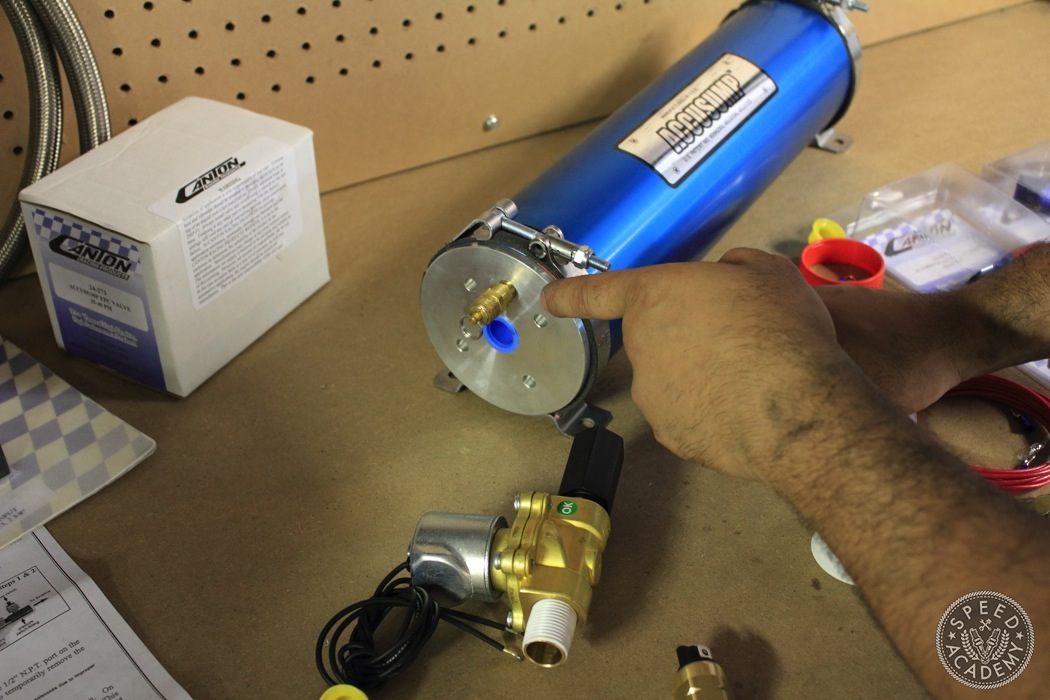 Once the EPCV is fully assembled it can be mounted to the reservoir. But before that can happen the Schrader valve needs to be removed so it does not interfere when installing the EPCV assembly. 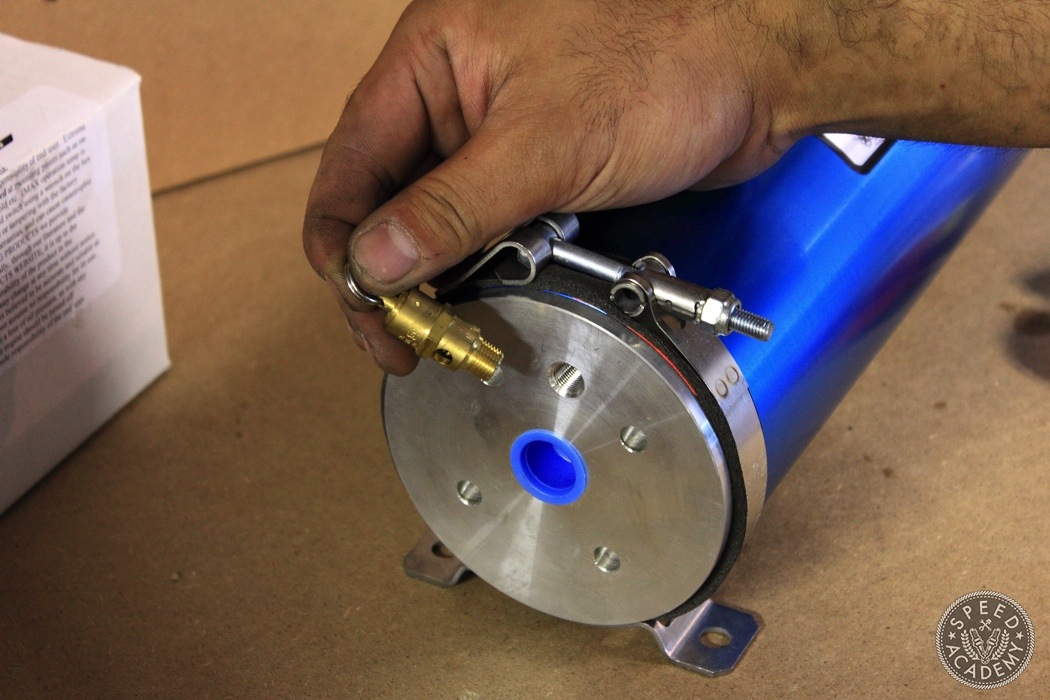 Great article Ken! Makes me want to do this on Project Grip S14!

Thanks Pete! Such a pretty straight forward install! Accusump all our cars!