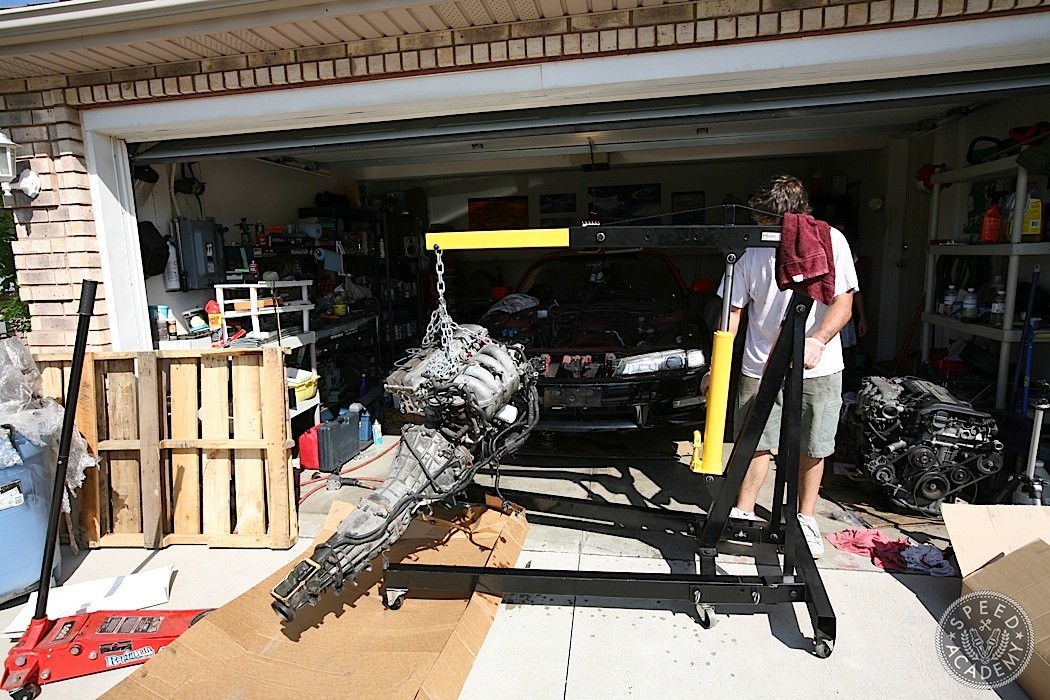 The next steps in this SR20DET swap will show you how to remove the stock KA engine and electrical harness. For the most part this is a very straightforward procedure so don’t sweat it, you’ll have that SR swapped in no time! 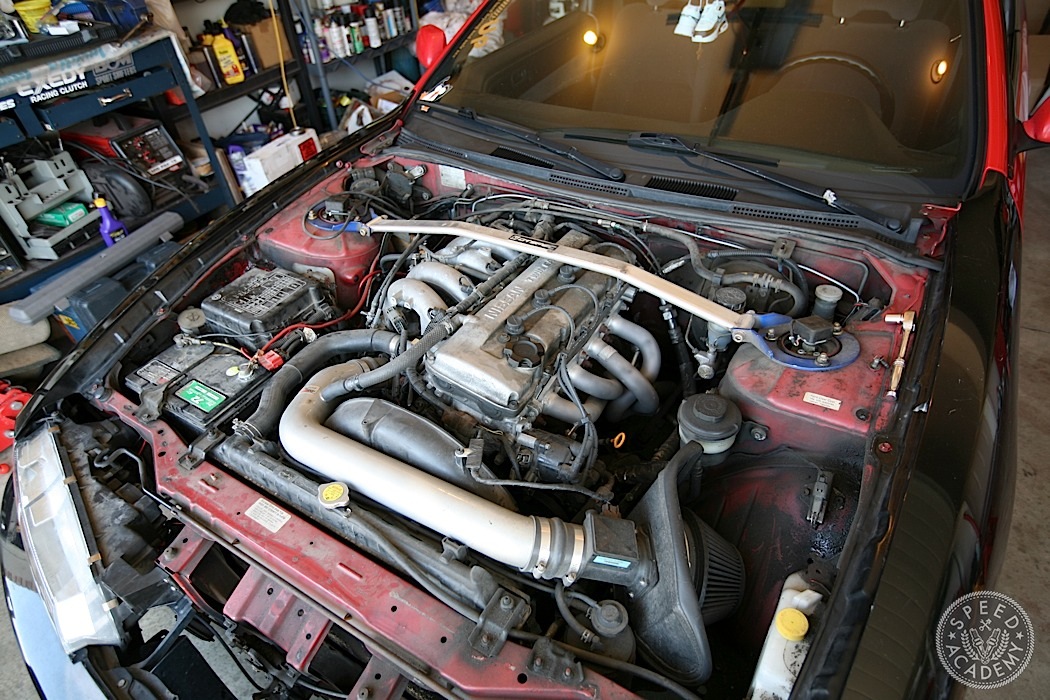 Before you start extracting the drivetrain, it’s a wise move to remove the hood. This will give you a lot more clearance and more light to see what you’re actually doing. Give the KA24DE a pat on its valve cover because it deserves it. At least this one does, it was abused hard on the track and kept running like a champ with the little power that it had. 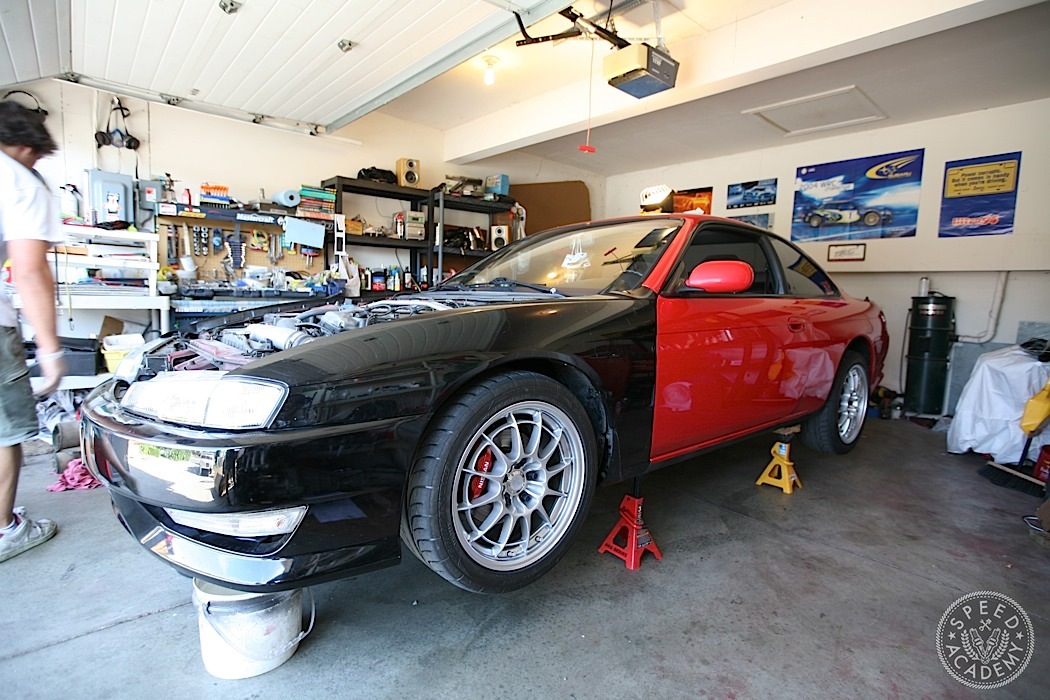 Now is as good as any to raise the car and place it on jack stands. You’ll be doing a lot of crawling around underneath the automobile so make sure it’s raised up high enough where you’re comfortable sliding in and out. 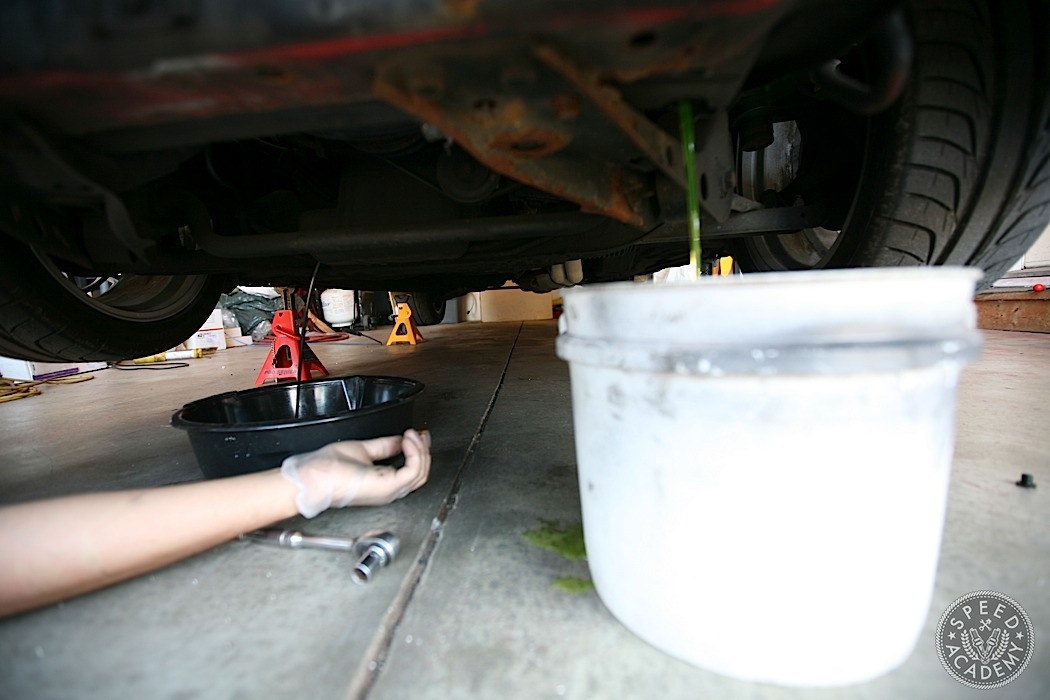 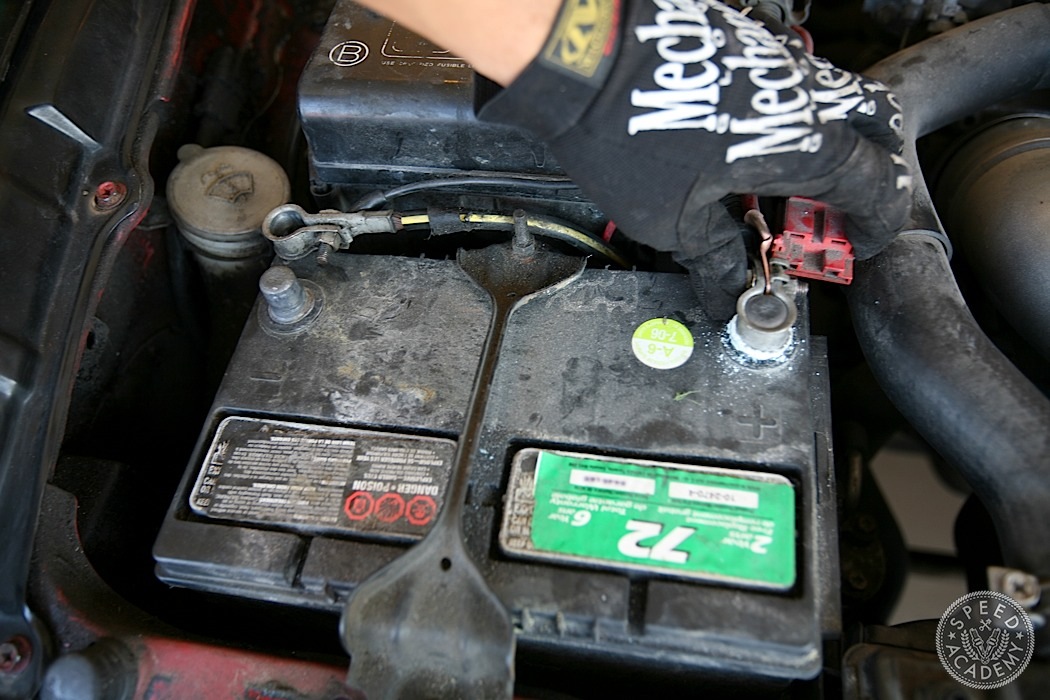 Disconnect both battery terminals and remove the battery. 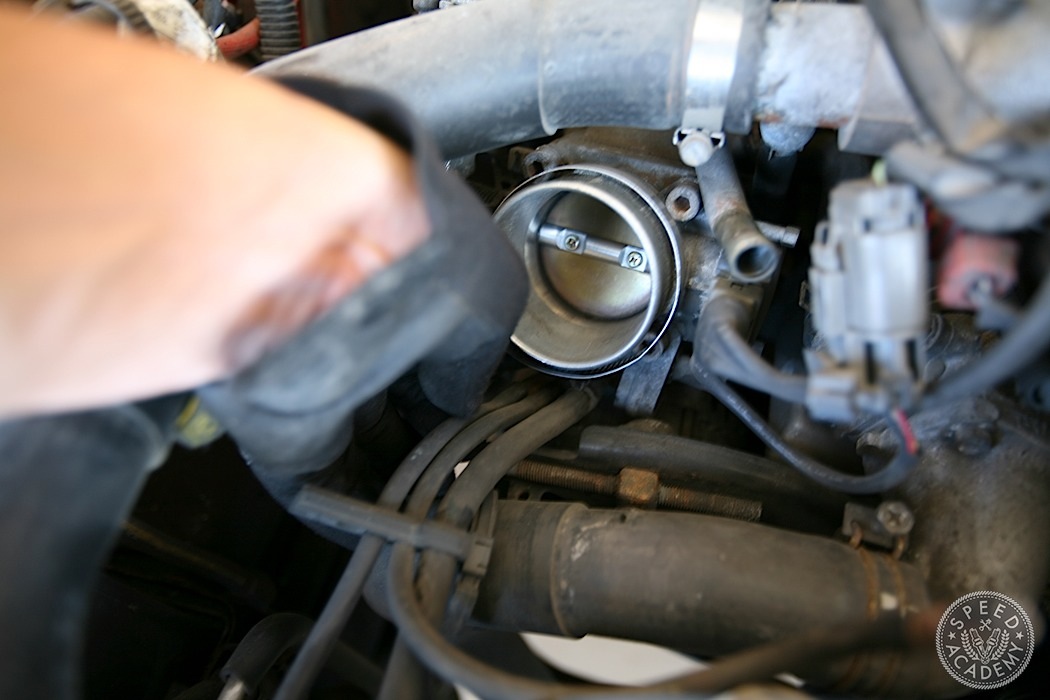 After removing the intake you can disconnect the three vacuum lines underneath the throttle body. 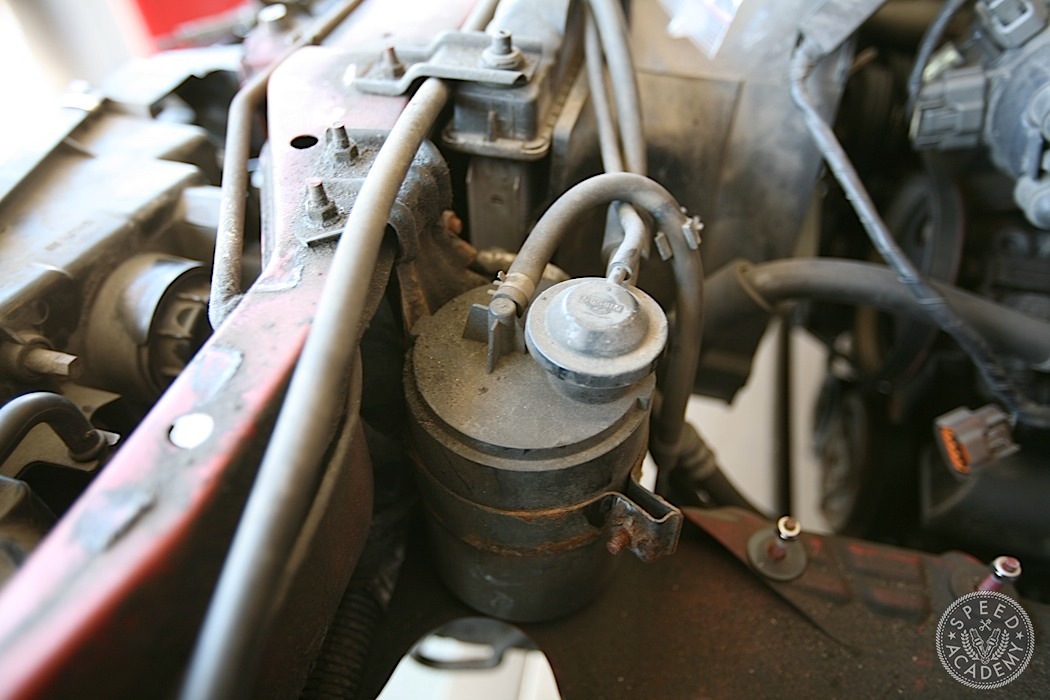 They lead to the charcoal canister so you might as well pull that out now. If your state or province has emission standards then hold onto this thing and reconnect it to the SR otherwise you may run into smog issues. 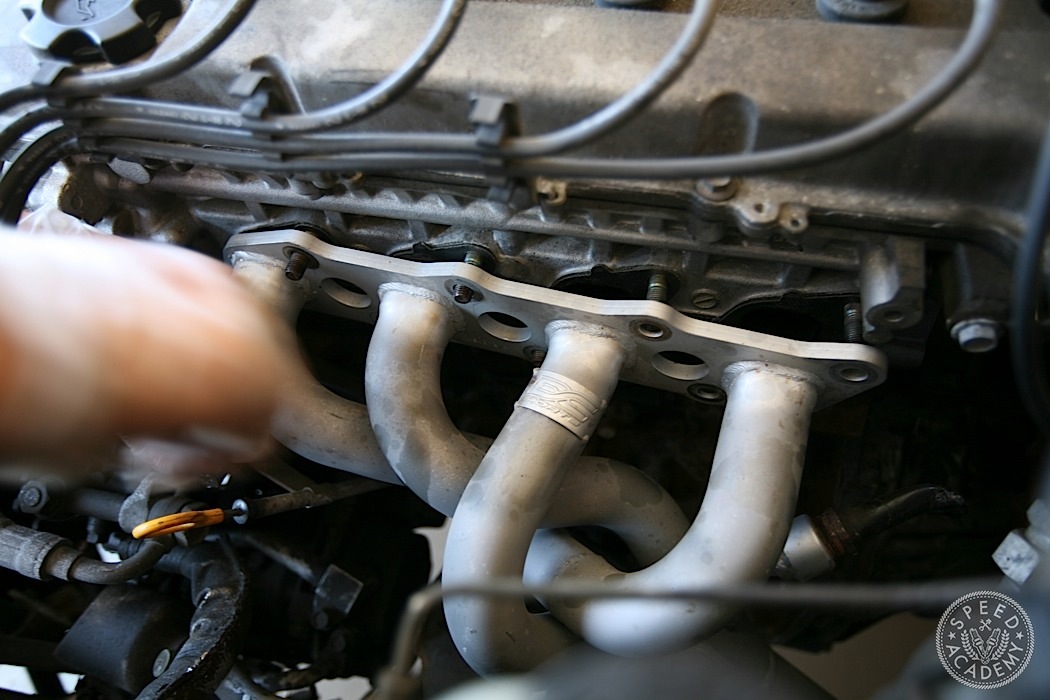 The header is held on by 8 nuts. However, if you have a stock header than you will have to disconnect an additional pipe that runs along the back of the header. It’s from the EGR and can be a pain in the ass to break loose if it’s rusted. Worst case just cut it since you won’t be reusing it. 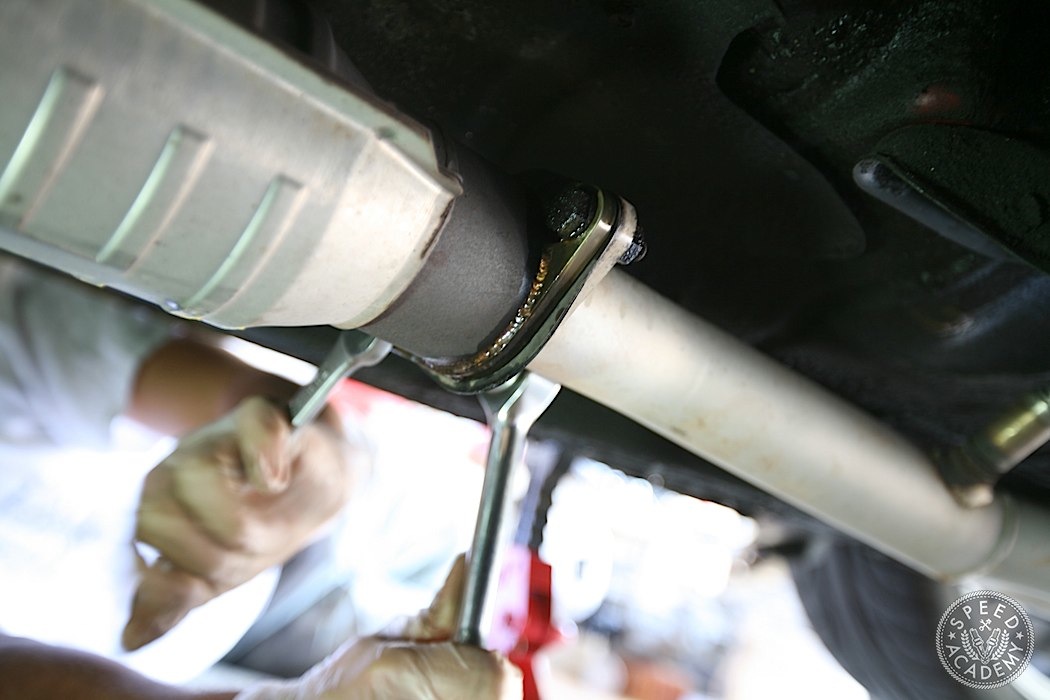 Crawl underneath and loosen the two nuts and bolts that link the cat and the header. 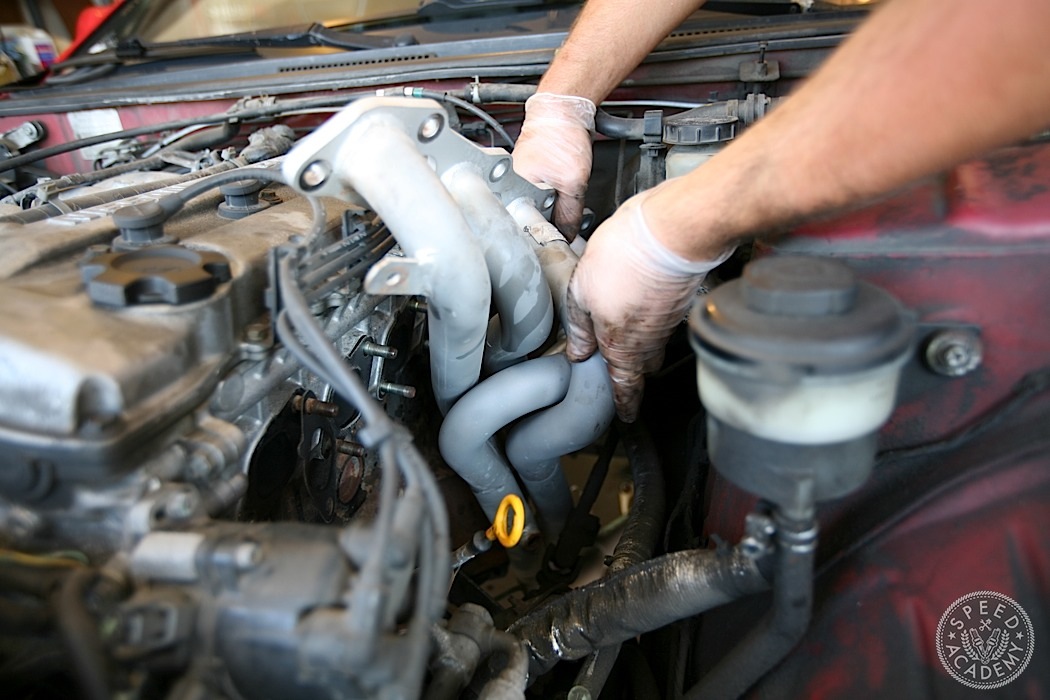 The header should slide out with ease depending on how high you’ve raised the car, otherwise proceed to curse and swear, wiggle and tug until it is free from the car.

How To Custom Wire & Power Your Racecar’s Electronics

So you’ve done your homework, picked out your new toys and pulled the trigger. Now it’s time to get to work. OK, maybe admire it all a bit first… on…