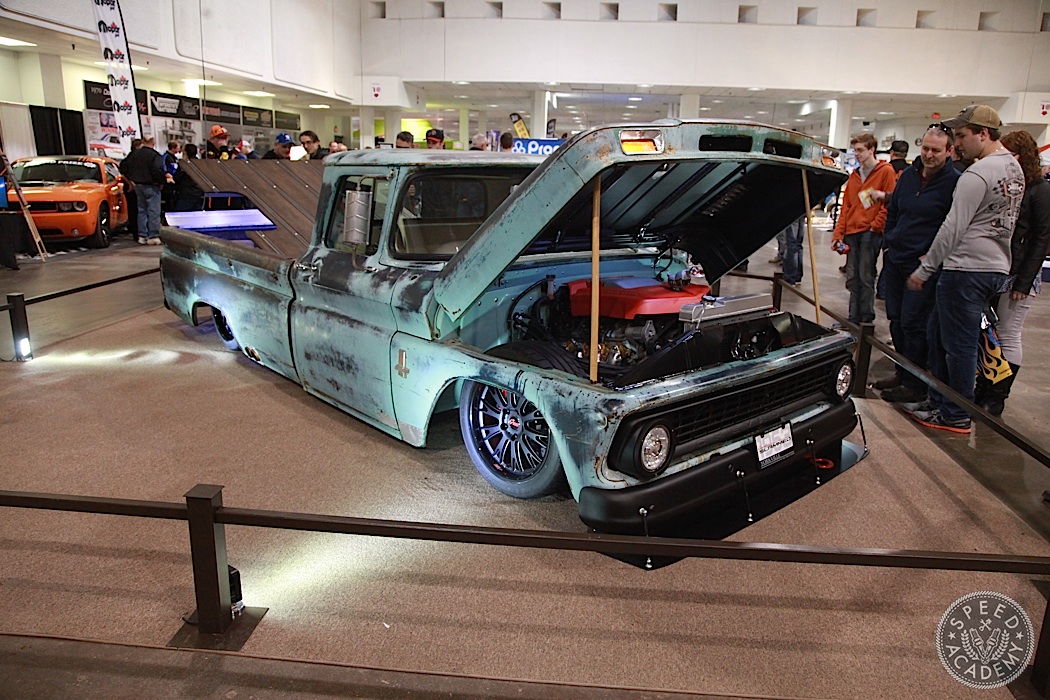 Another show favourite was Don Gasiunas’ 1963 Chevy C10 Fleetside pickup. This was a work truck out in California and did its farming job for 50 years until Don bought it. The truck continues to wear its timeless patina that adds so much character to it. 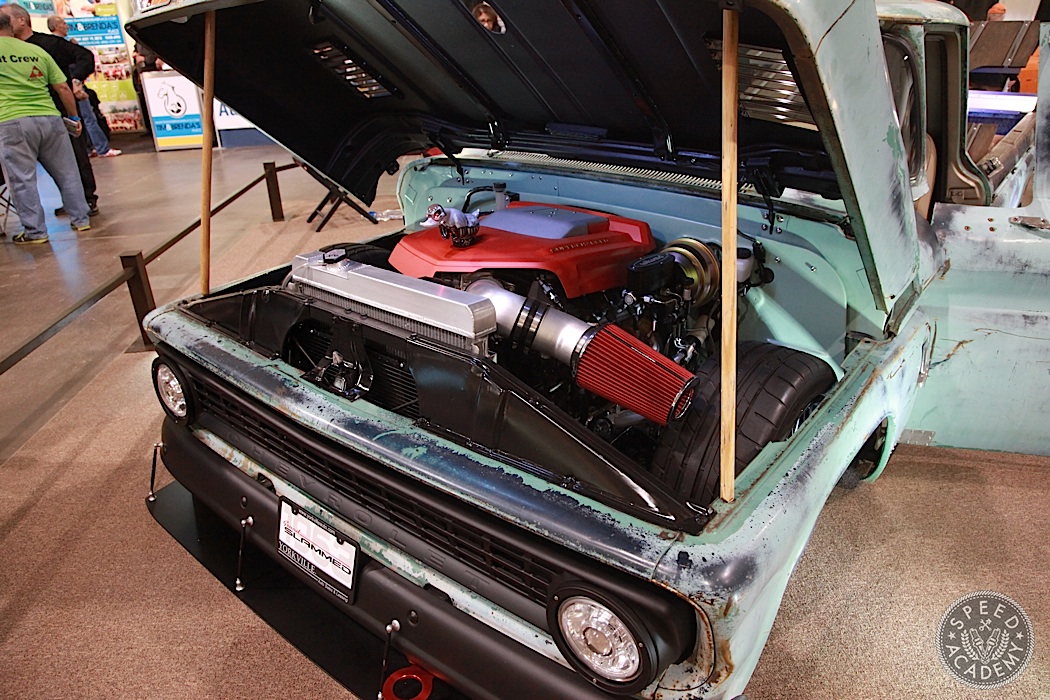 Speaking of character, it is powered by a 6.2L Gen IV LSA V8 and a Tremec T56 6-speed transmission. Power is sent to a built Chevy rear end with 3.73 gears. 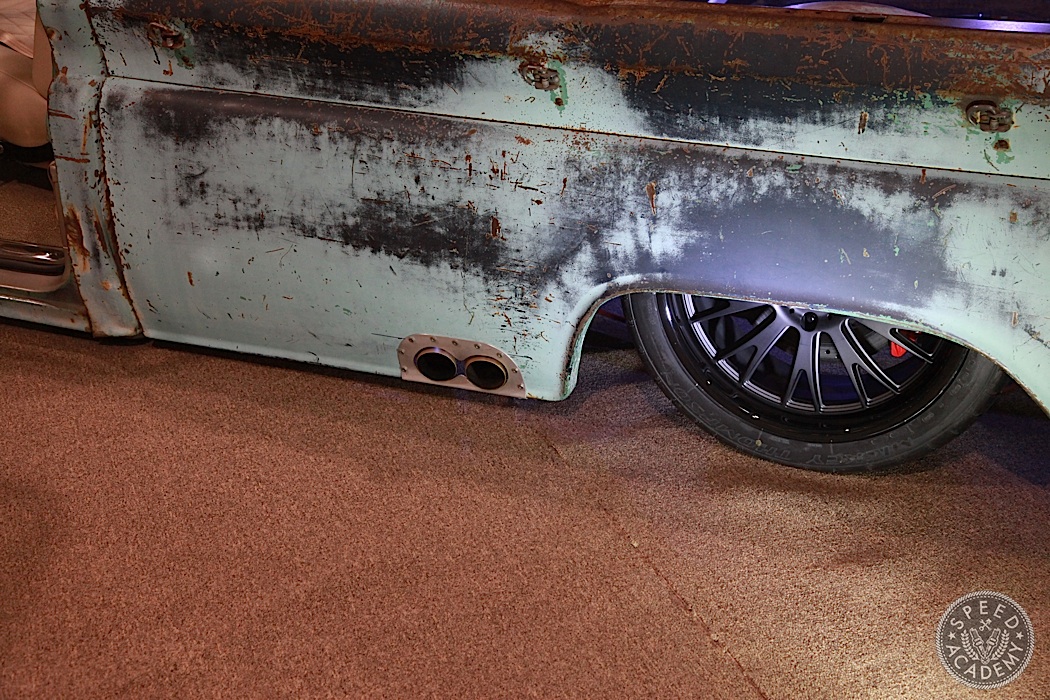 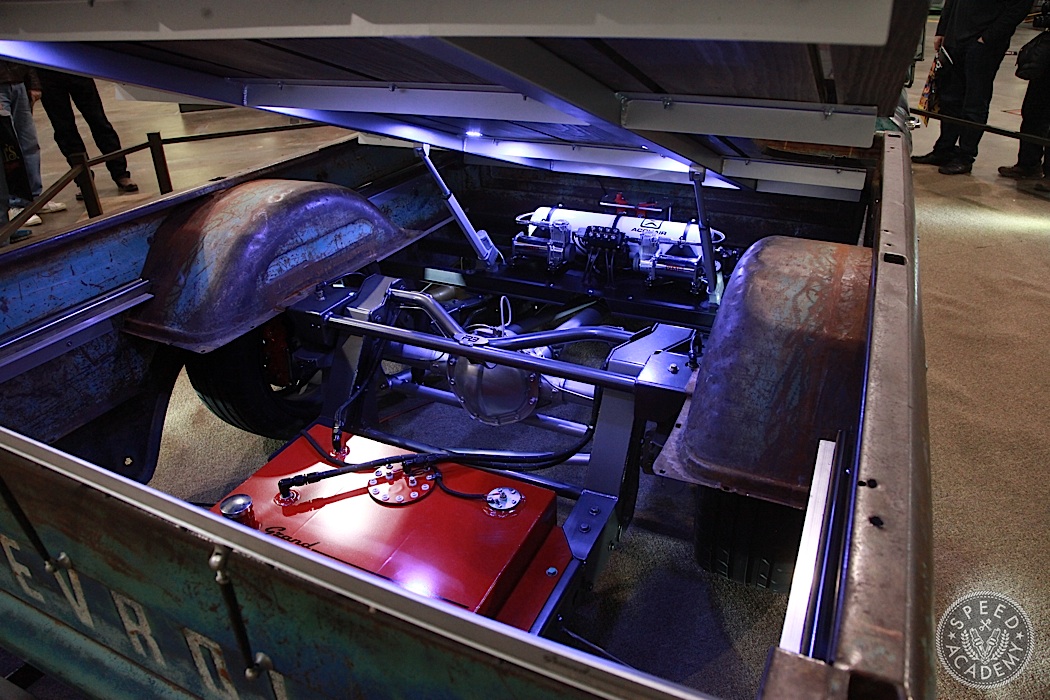 Suspension is a PorterBuilt extreme drop system with air ride by Accuair. No expense spared! 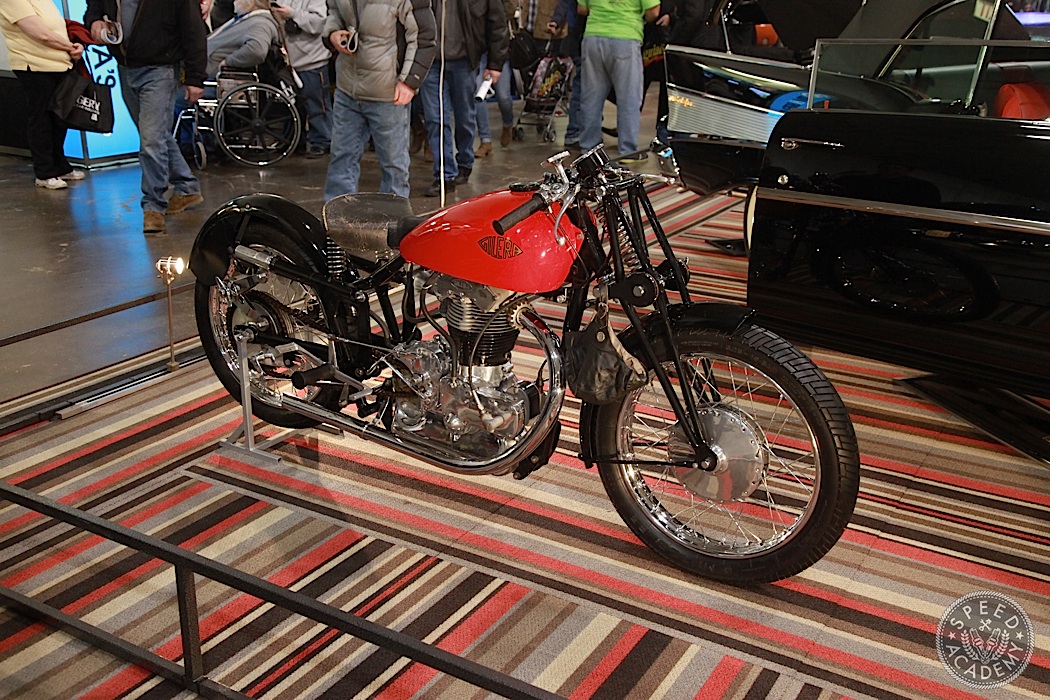 This Café racer bike was displayed beside a Chevy Bel-air. I was too captured by it that I didn’t take pictures of the Bel-air. I have been looking at Café bikes and I am not familiar with the Guilera name. Either way this bike was another favourite of mine. The springer-style front forks look damn cool. 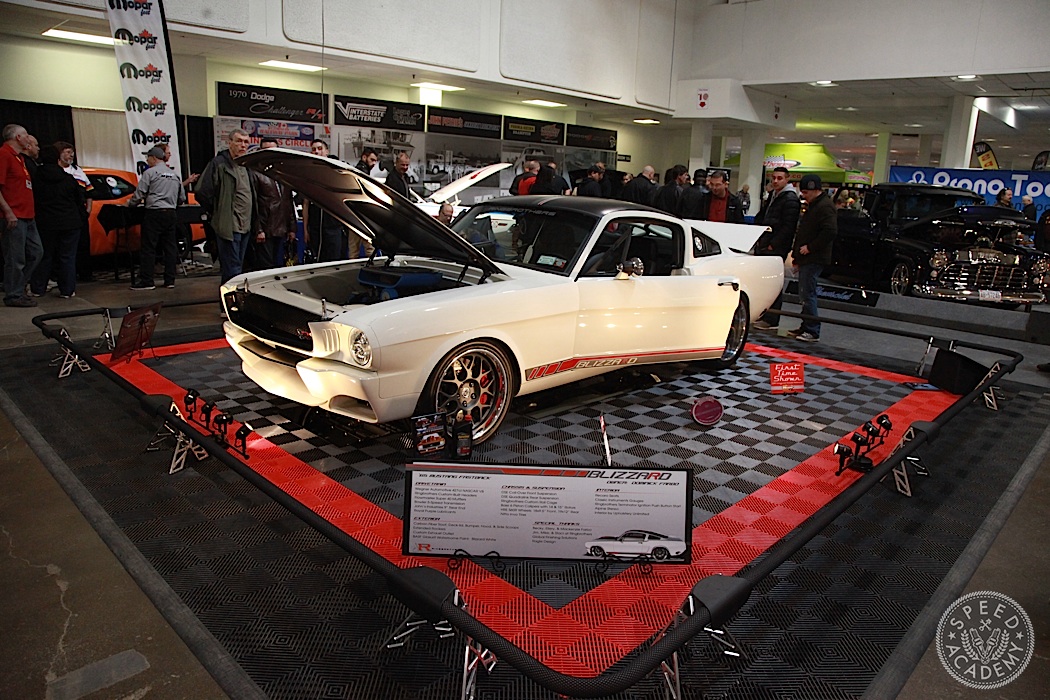 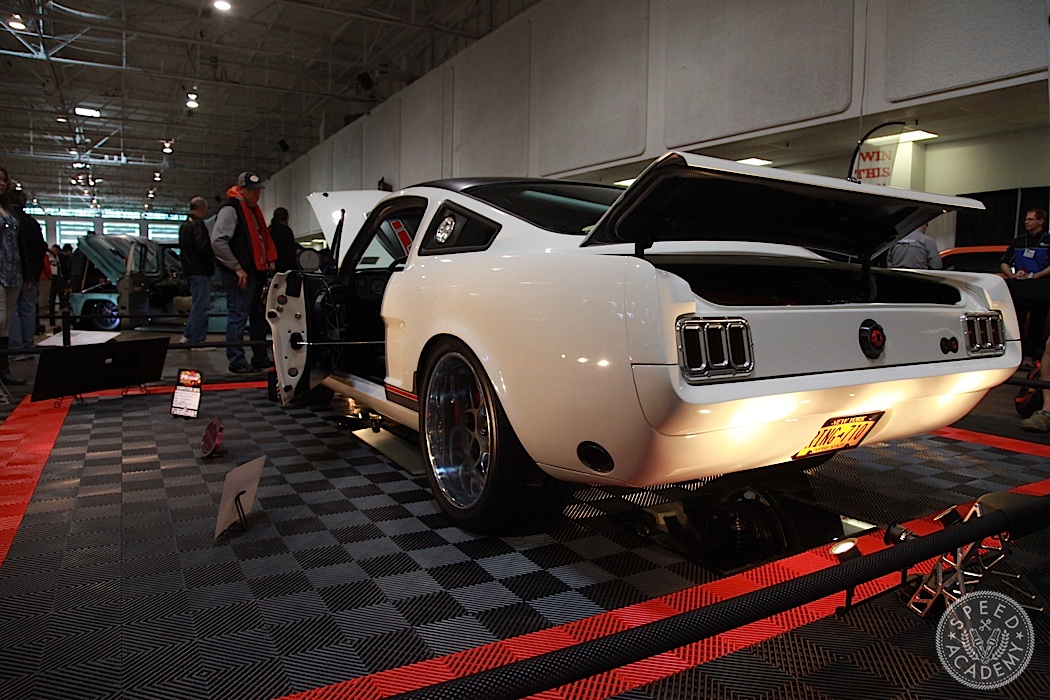 Speaking of celebrities, Dominic Farbo’s Ring Brother’s built 1967 Ford Mustang was a crowd gatherer. The Ring Brothers are famous for their insane SEMA builds and it was a pleasant surprise to have one of their 2013 SEMA builds at the show. 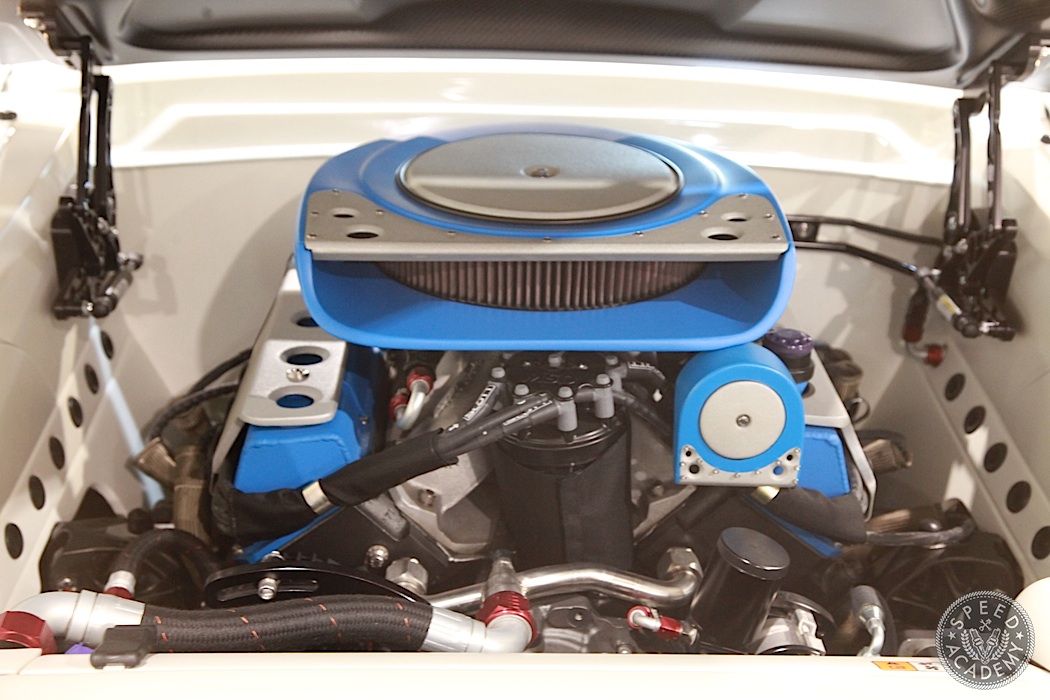 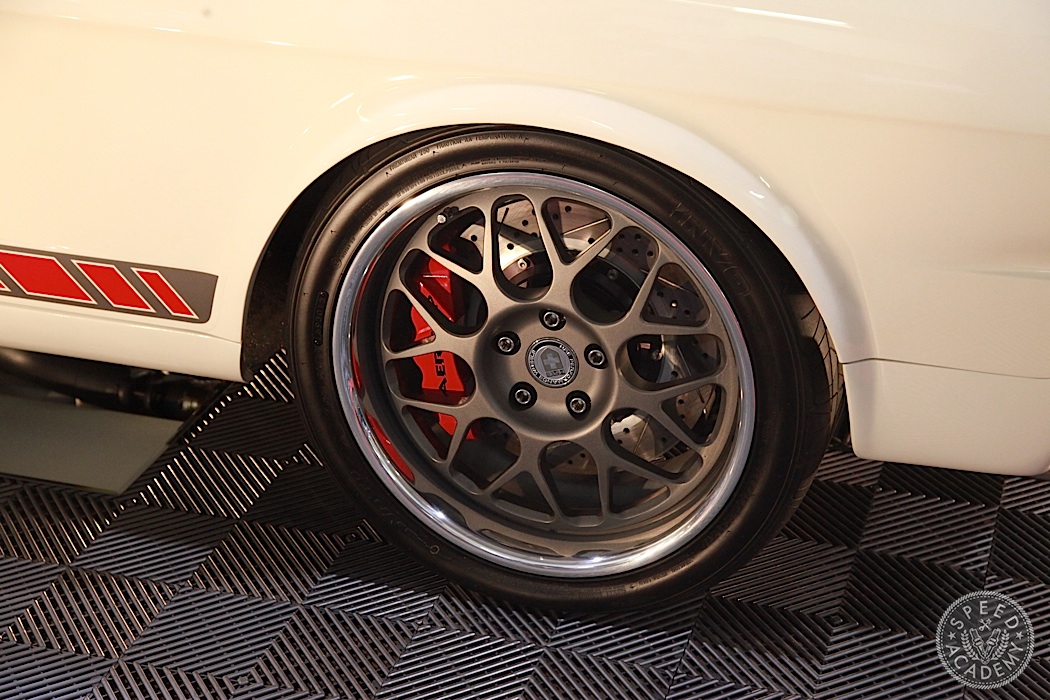 Suspension duties fall on DSE coilovers up front and DSE Quadralink in the rear. Baer 6-piston calipers with 15” rotors out front and 14” rotors in the rear handle braking duties, while HRE 560R 18” and 19” wheels wrapped in Nitto tires provide the grip. Weight reduction was achieved by using carbon fiber on the roof, hood, deck lid and side scoops. 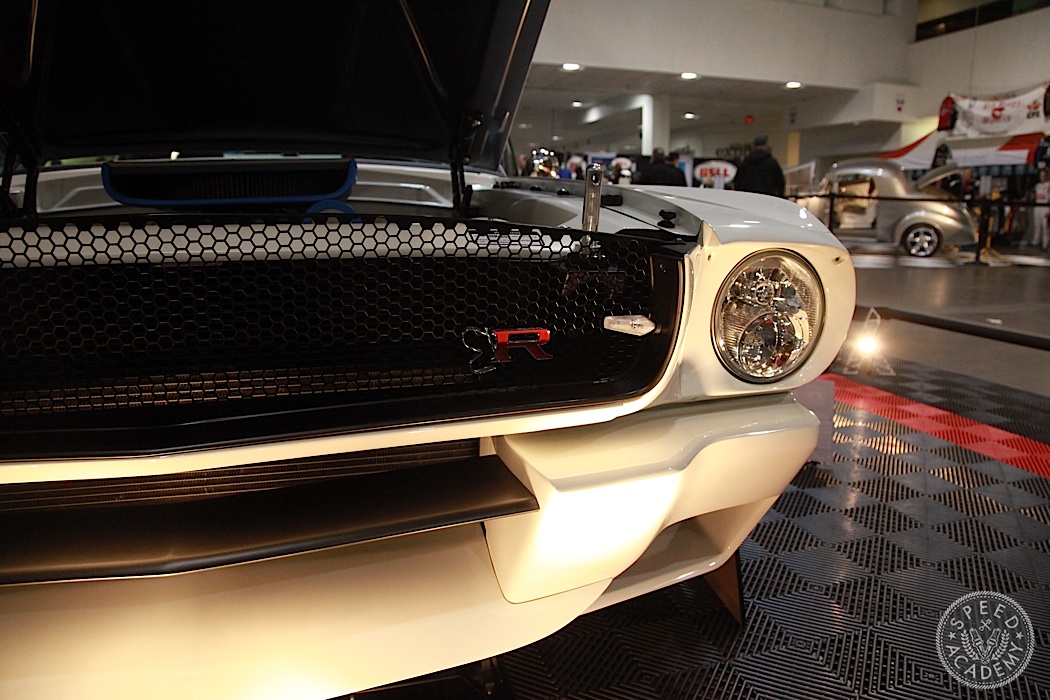 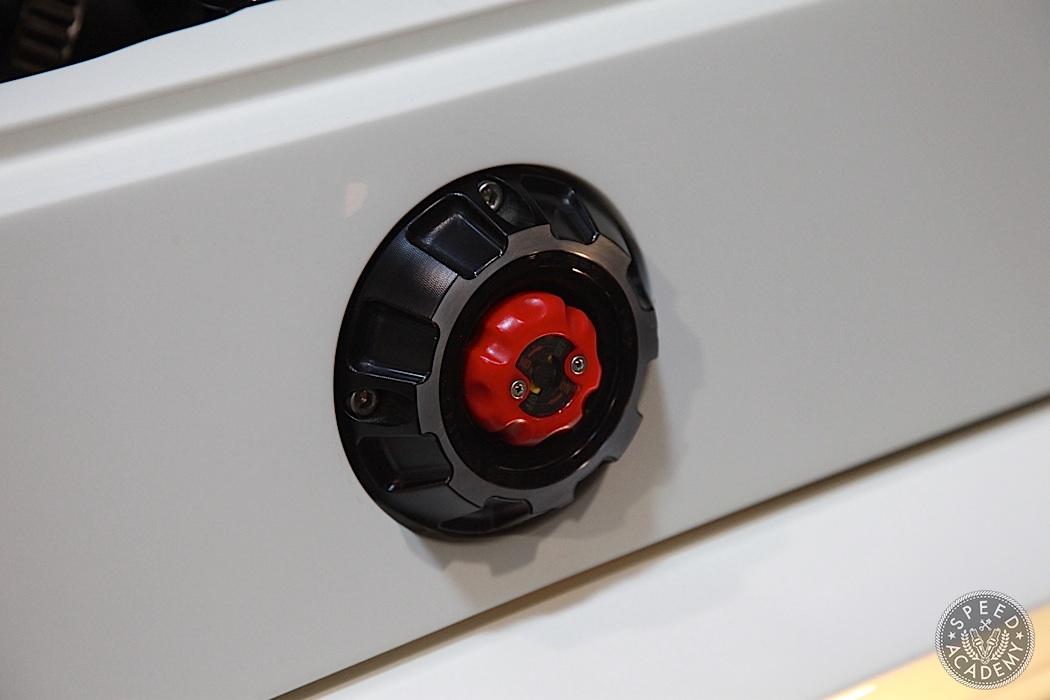 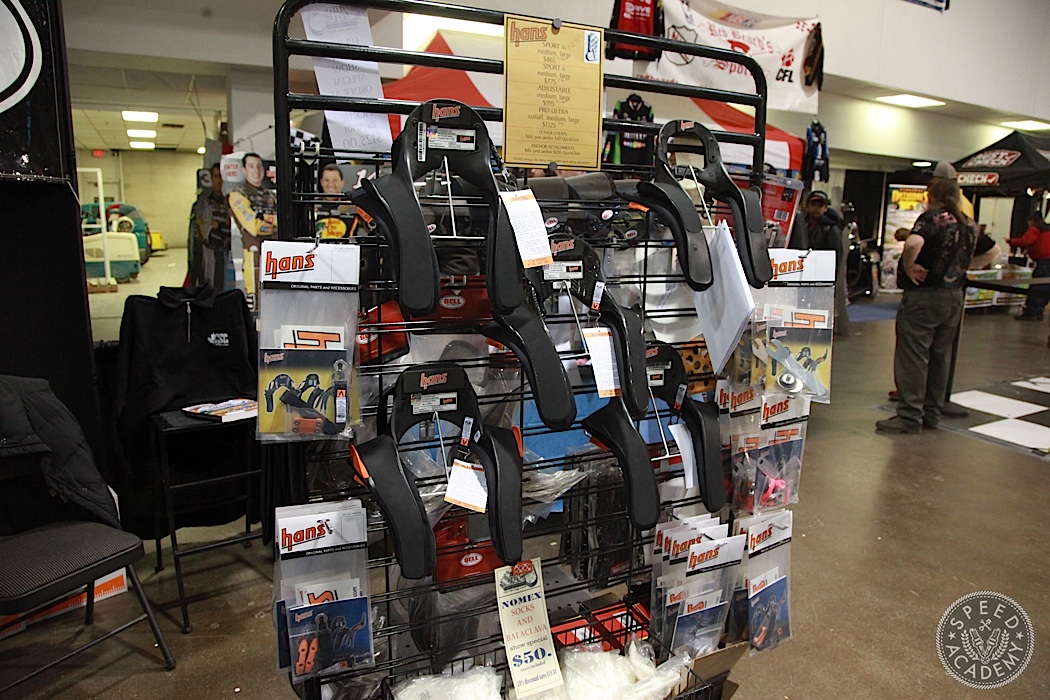 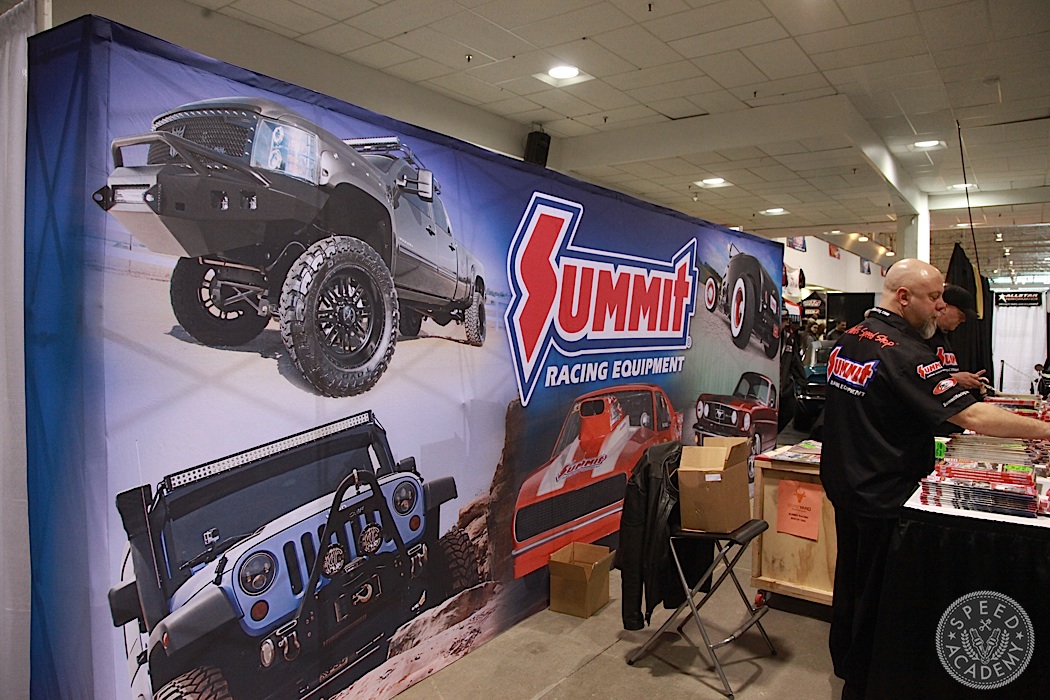 Vendors like Summit Racing, JRP and CSC Racing were on hand showing their wares.