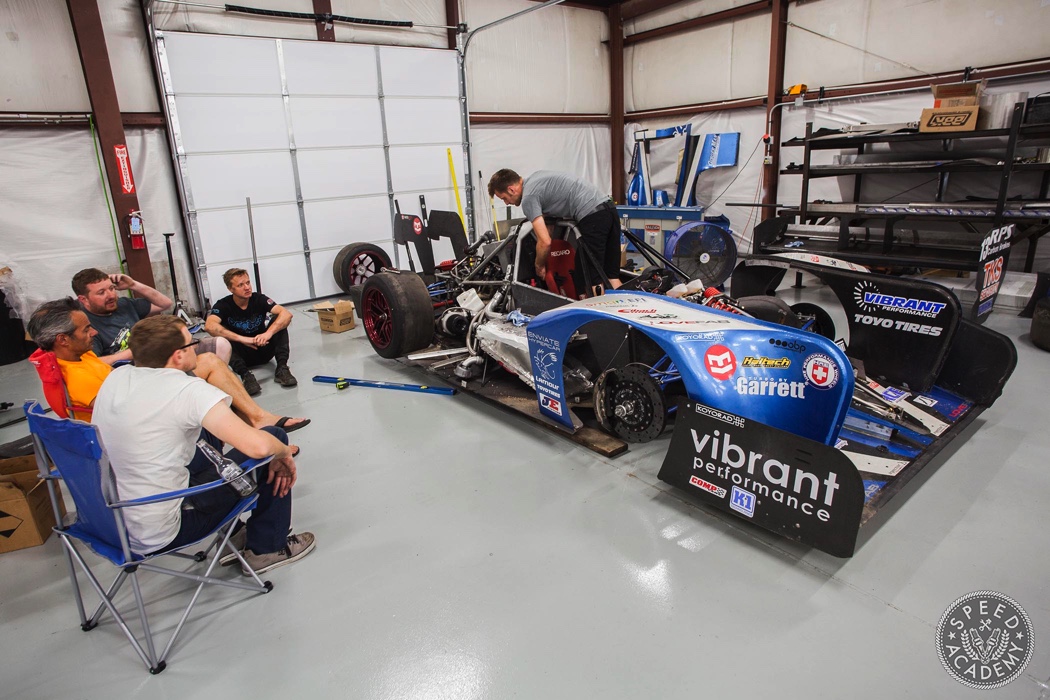 It was about nine o’clock on Tuesday night when I walked in the doors of JC Fabworks to find Cody Loveland and his crew working on the Enviate. The place was buzzing because JC had opened their doors to Pikes Peak competitors. Cole Duran, the owner, believes in helping the community of competitors that step up to take on the mountain. 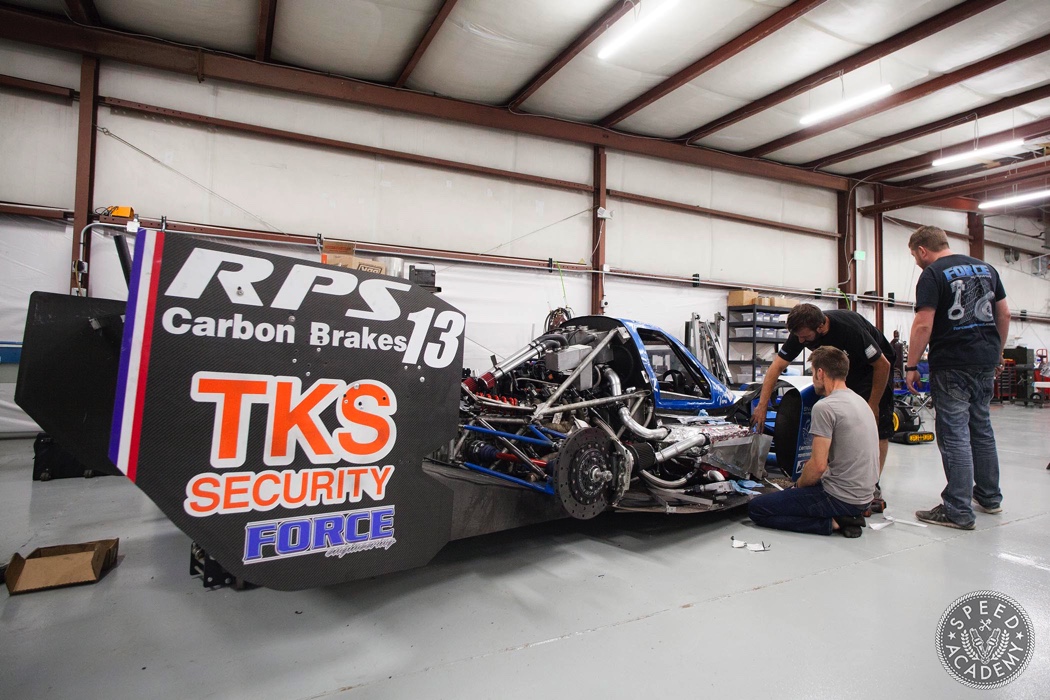 The mood was light and fun – not what you’d expect considering Cody has spent the last four years of his life building the Enviate Hypercar. During Pikes Peak, you do not sleep; every team works around the clock all week, especially during the lead-up time to the event. Every day, teams (and spectators) need to be on the mountain for four in the morning, as qualifying takes place before the Pikes Peak toll road opens. By nine it’s all over and you’re heading for an IHOP. 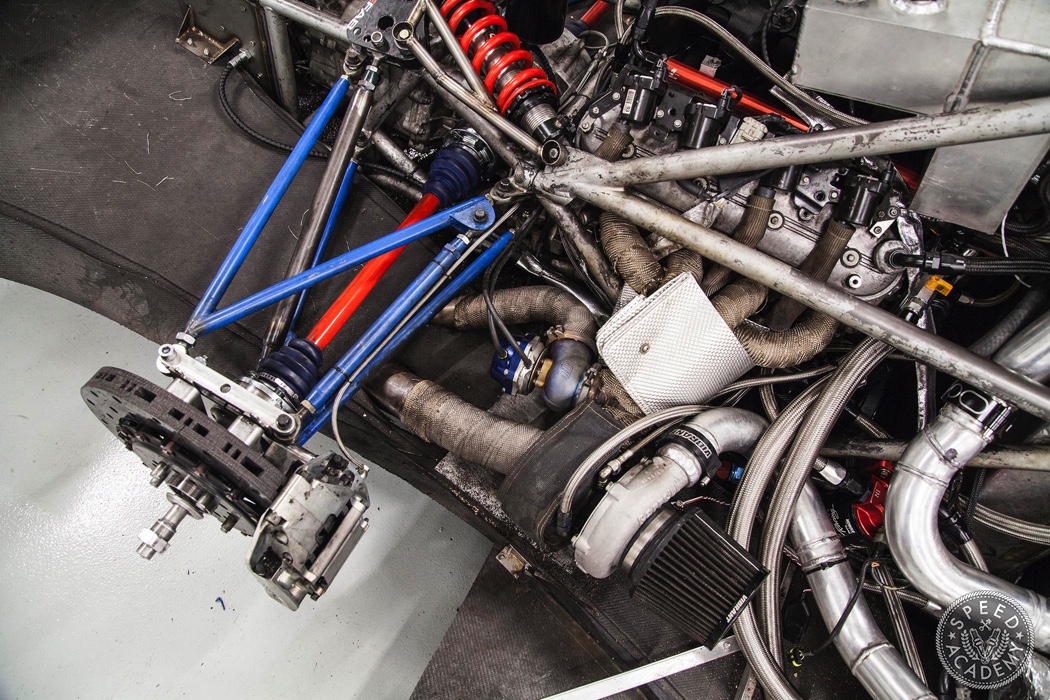 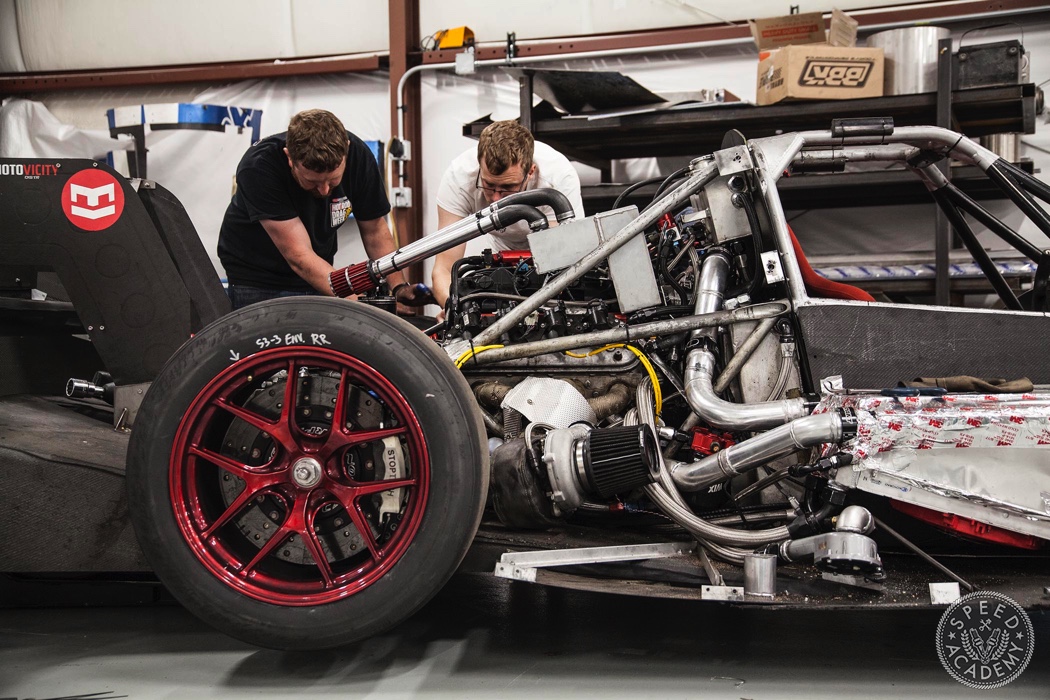 This thing is a work of art, such a monster of a creation. The first time I witnessed the Enviate was in the Vibrant Performance booth at PRI 2015. At that time, the car was a skeleton of tubular steel, intercoolers, and turbos on wheels. HRE wheels at that. And before me now was the finished result, complete with a wild-looking carbon fiber aero body designed by Sébastien Lamour and hand-built by Cody – all of it. 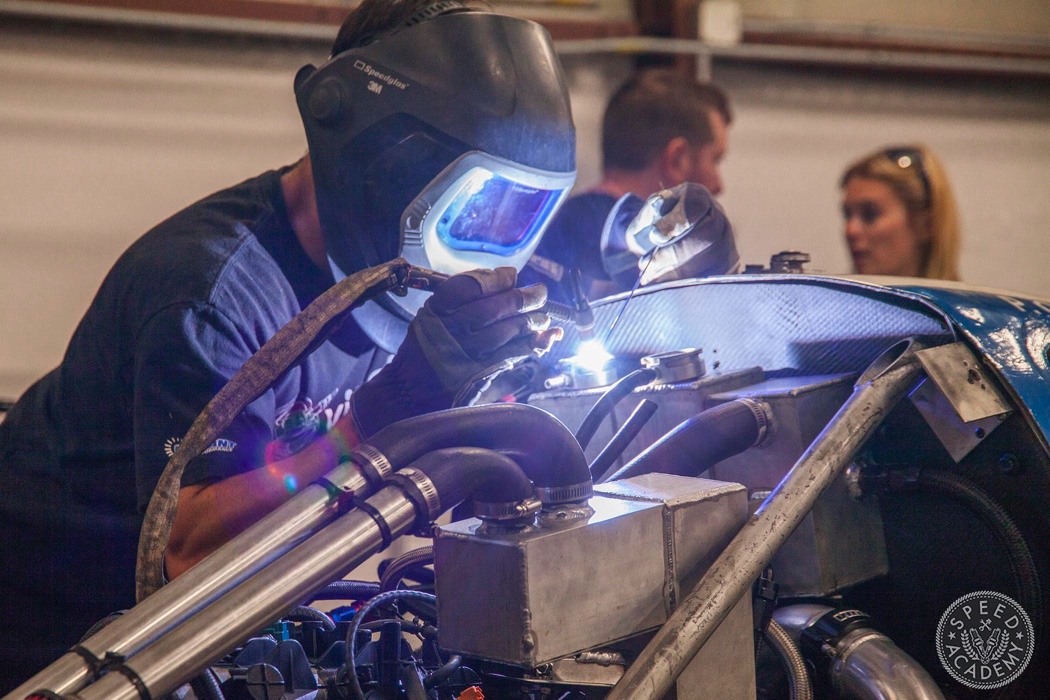 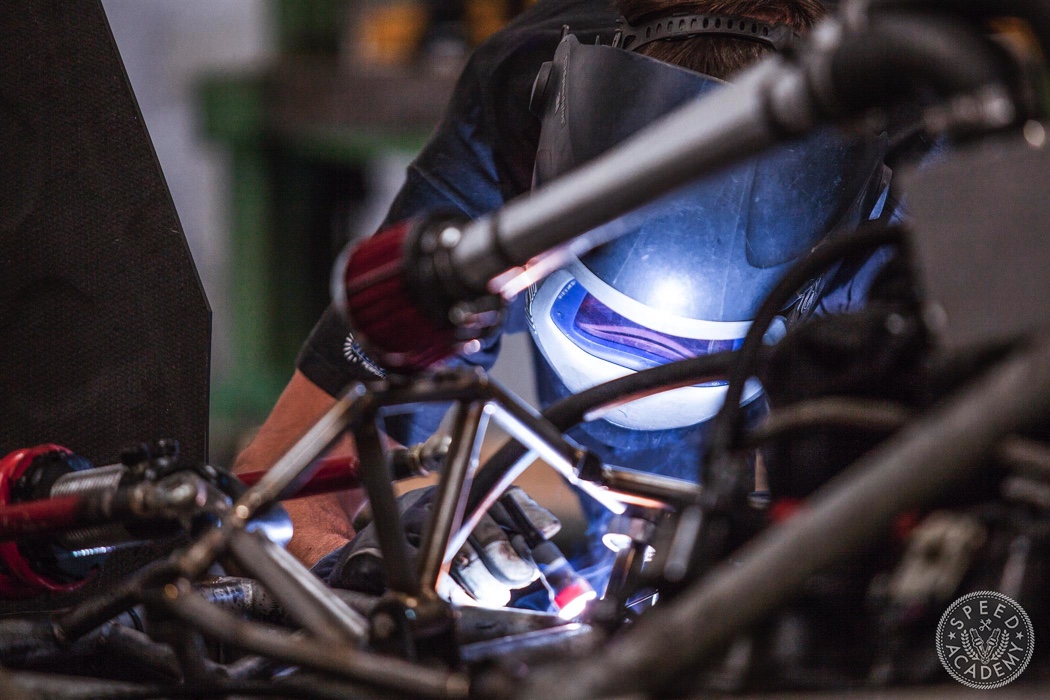 You’d think by looking at photos that the car was sacred, but that is completely not the case. If something breaks, Cody improves it. “I can’t just put it back the way it was. There was a reason it failed.” Not one single part of the car is too precious to be changed if it means bettering this year’s Pikes Peak attempt. Nothing. 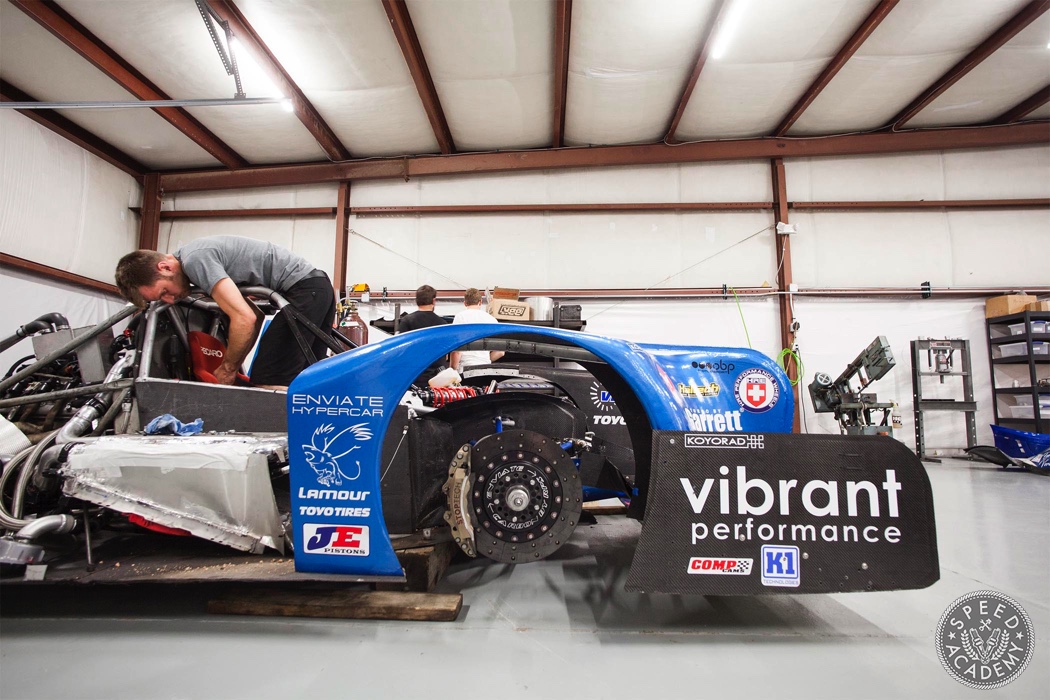 Tonight, Cody is exhausted. “But that is what it takes,” he says, as he welds on some new replacement suspension mounts, working to make each piece fit perfectly. The rest of the crew is doing various tasks to make the car better, making adjustments based on driver Paul Gerrard’s feedback. Paul’s right in there too, giving advice, chatting, and laughing. 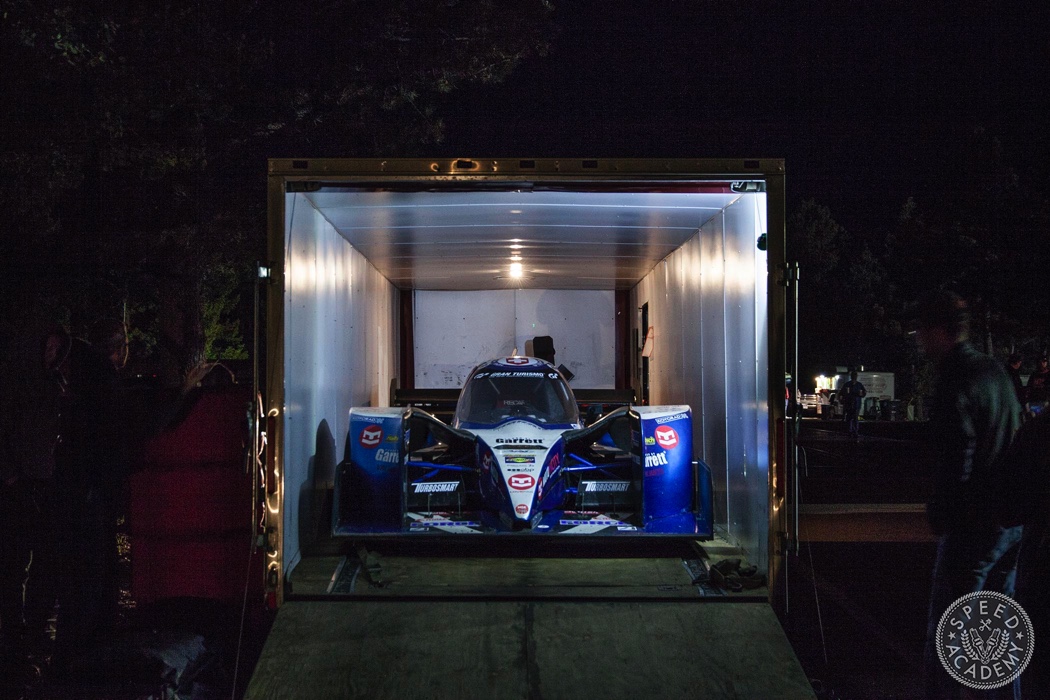 The next morning’s qualifying session puts them in fourth place. Back at the shop that evening, the process repeats itself. Cut. Weld. Improve. Shawn, the Crew Chief, catches some sleep in a lawn chair. Teammate Nick has taken on a seven-hour task comprised of drilling the bolts and twisting up safety wire to permanently hold the half-shafts in place. The loads this car sees on every run are immense, so the team has to nut and bolt the entire car each and every night. 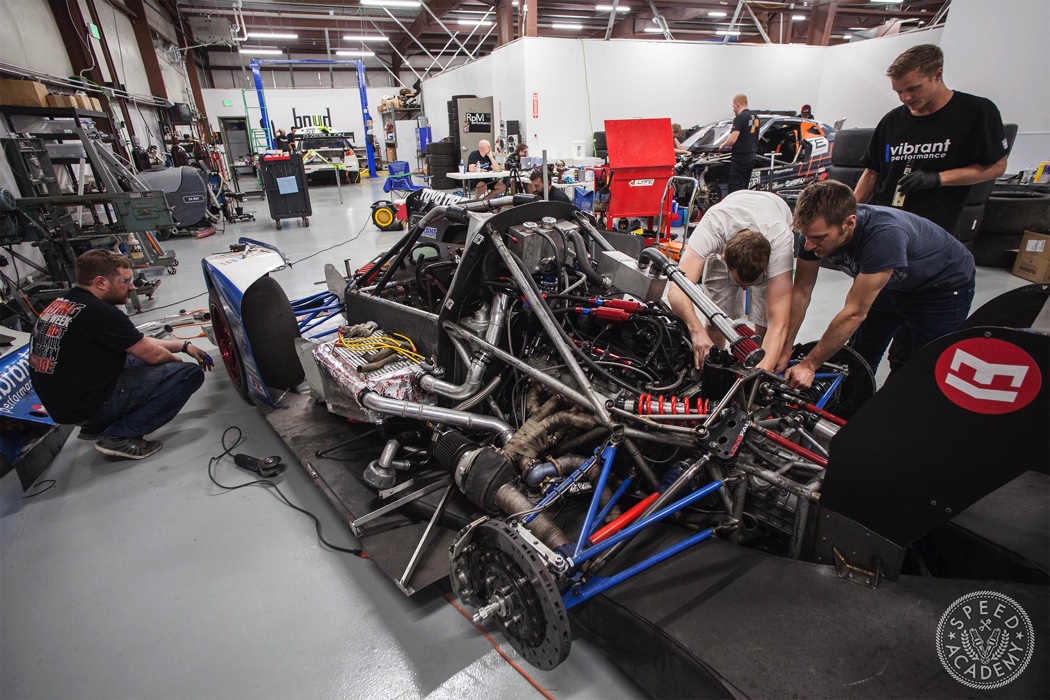 Everyone is here because they want or need to be a part of this. As for Cody, he wants to finish what he started. We talk about what it has taken him to get here; it’s been a long journey. The sacrifice is unbelievable. This is not just about money – Cody’s shop, Lovefab, is on hold, and so is his life. Even his other Pikes Peak build, the Torquezillion, which is being built in partnership Aric Streeter, has been back-burnered. Aric and Cody are focusing on the completion of the Enviate. 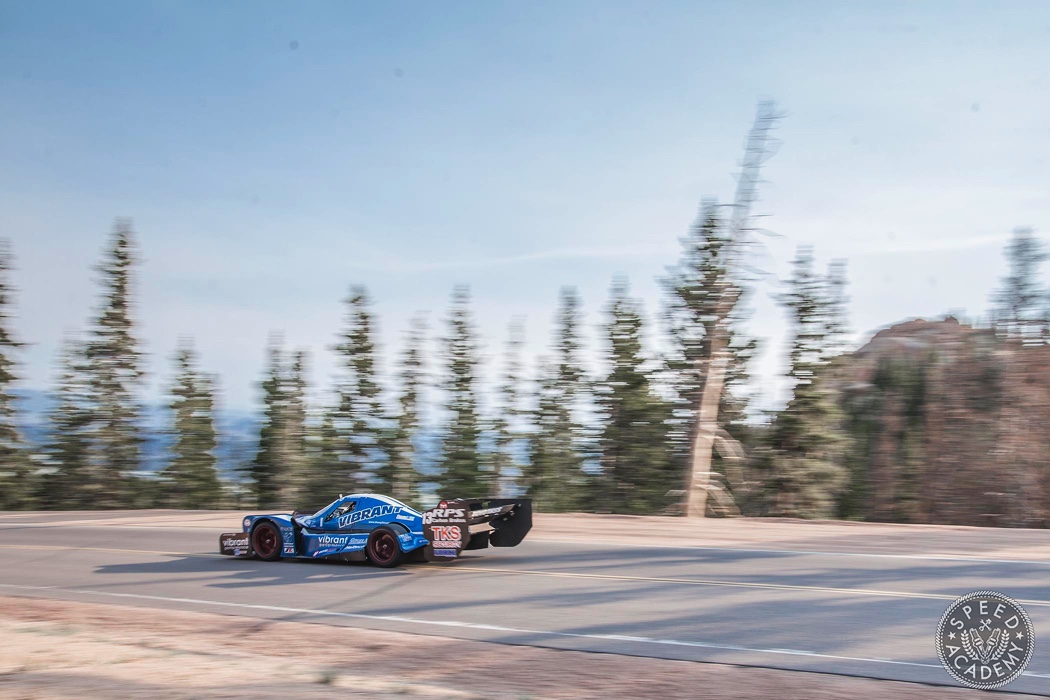 The next day, Thursday, I finally see the car run. It’s fast and it’s beautiful as it screams through the woods. Their position betters in their class, which is amazing considering it’s dropping cylinders. Back to the shop. 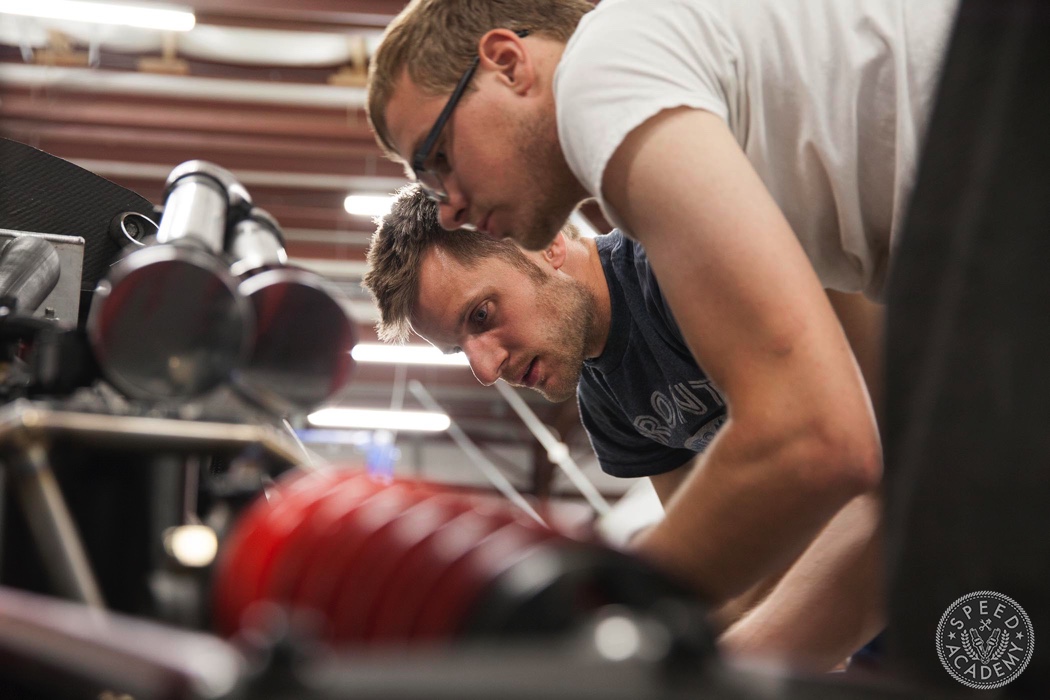 With every run on the mountain, there’s a new challenge. In this case, plug wires that until now have been perfectly fine are now melting off the engine. It’s a fairly straightforward fix, outside of the fact that the replacement wires don’t fit well. Shawn and the Enviate’s tuner, Adam, have to Frankenstein a set of wires from the new and melted set. 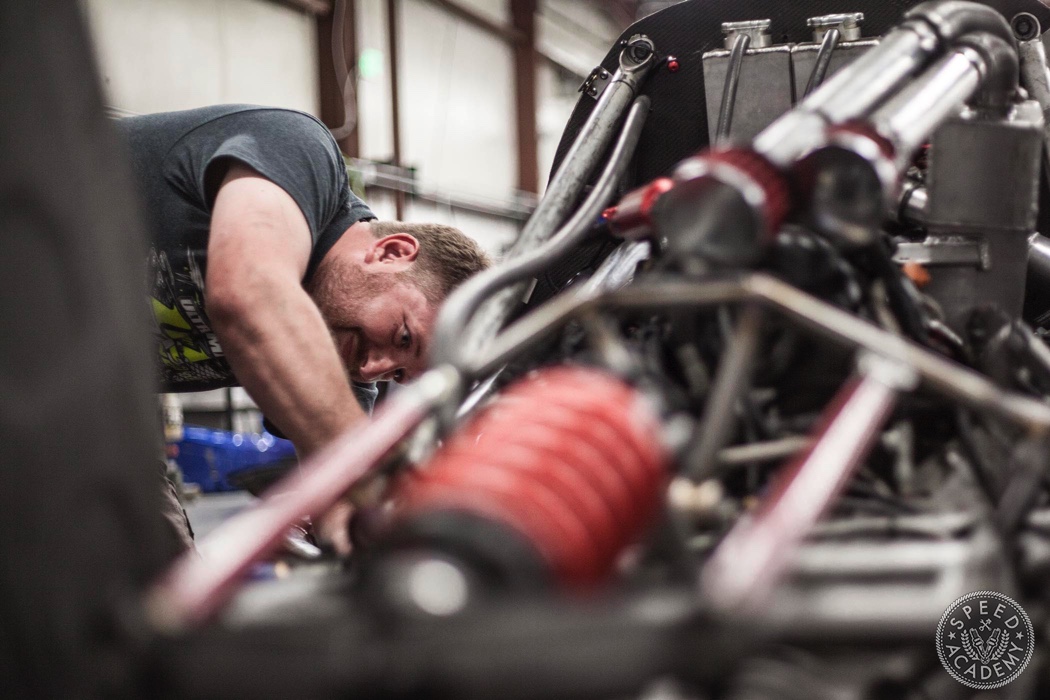 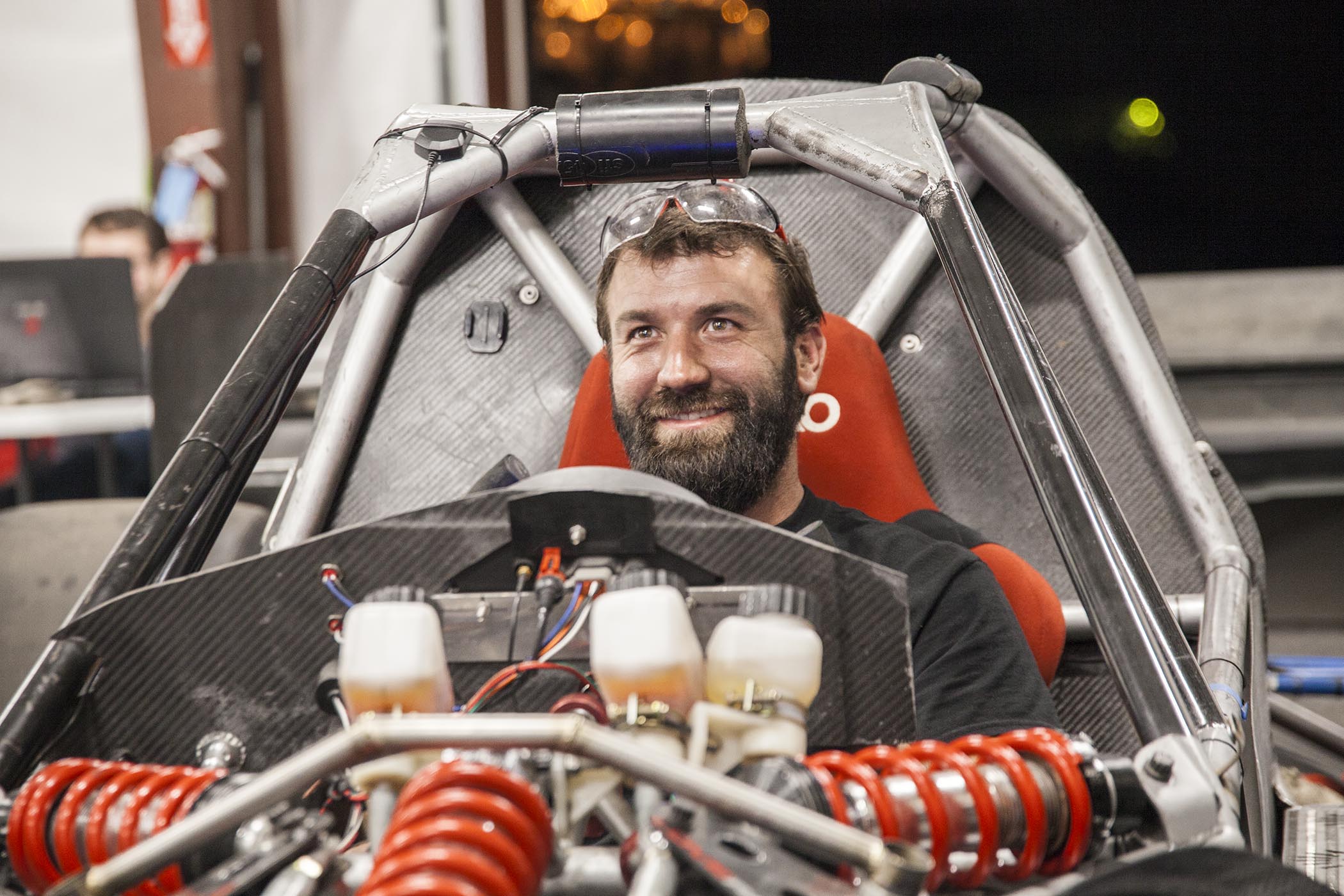 With the plug wires complete, Tyler, who built the 1000 HP LS engine, finishes up a few other driver adjustments at Paul’s request, and Cody hops in the seat to fire the Enviate up and move it next door for an alignment. The engine roars to life and Cody instantly smiles. This moment is the last anyone speaks of wishing to sleep. The team shows zero signs of exhaustion as Cody proclaims that this is the best the Enviate has sounded in a while.

hi.gentlemen I come from china I vrey like honda s2000.in my country someone forwarded your article and then see your website.why can’t you see the video on your website?sorry my english so bad.I can only express myselif in a simple way.

With various 2JZ engine components littered across my garage, it was time to get focused and work on the transmission. As I mentioned in the build intro, I was able…