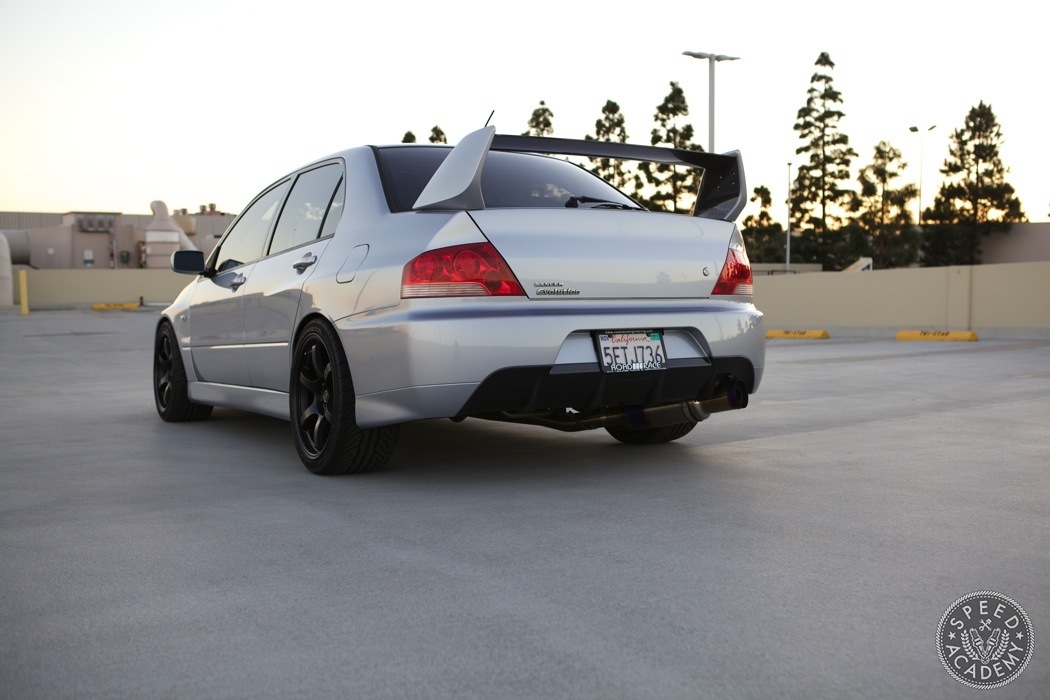 In the automotive world, the Japanese manufacturers have kept some great vehicles for themselves. Case in point, the Mitsubishi Evolution. Six Generations of the amazing turbocharged AWD sedan didn’t make it to North American. It wasn’t until 2003 when the Evo VIII finally made its debut here and even then, the VIII was a bit dumbed down compared to its JDM counterpart.

One of the key exterior styling pieces we didn’t get was the JDM rear bumper. And that’s not because Mitsubishi didn’t want us to have it but North American crash standards forced Mitsu to build a US Spec rear bumper that was longer and had more crash support behind it.

It’s not a bad looking piece but once you compare it to the JDM one, the choice is clear. Thankfully, swapping the bumper over isn’t a hard job so lets get to it! 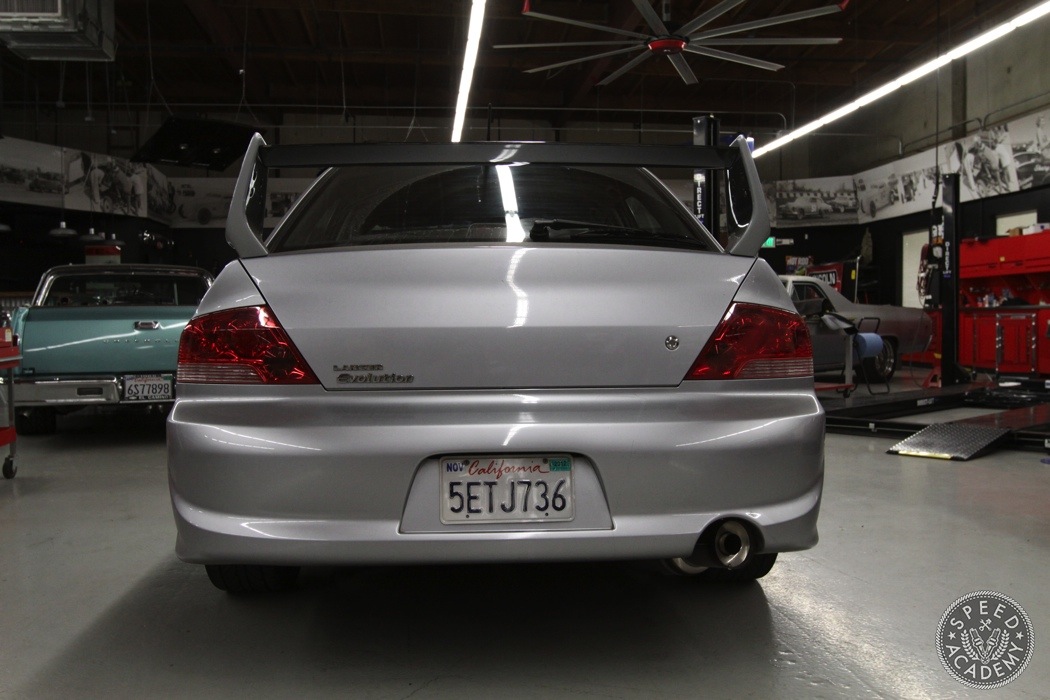 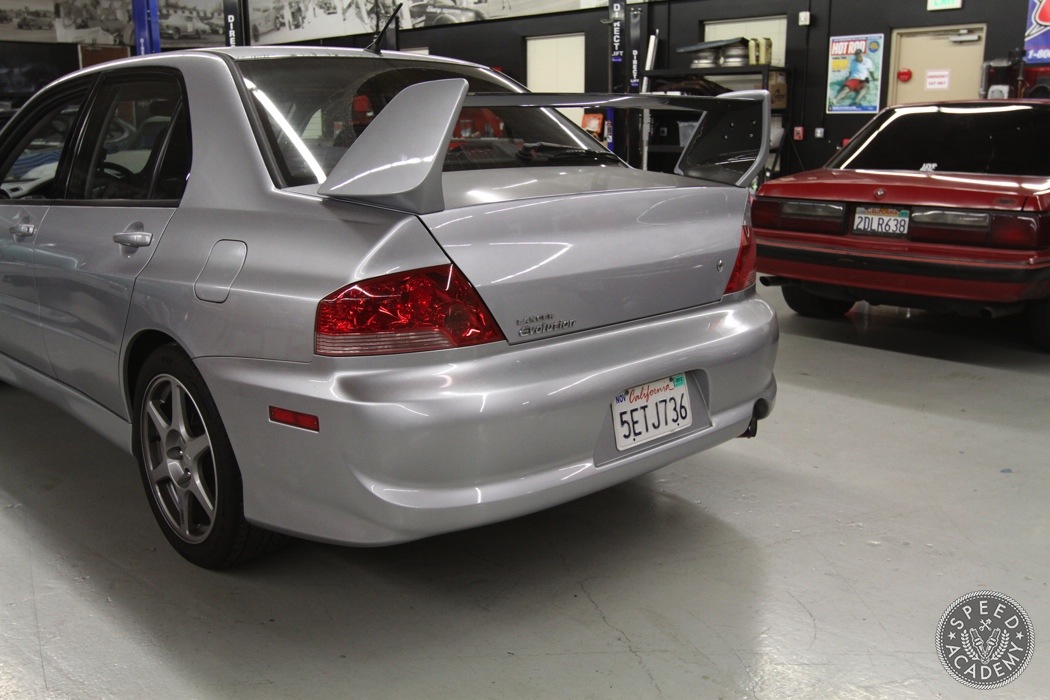 Before I get into the install and parts needed, I want to point out my muffler and how far back it sits on my Evo VIII. That’s because it’s built to fit a JDM bumper not the US one. If you have a US-Spec exhaust it’s going to be too long. However, it’s not that difficult a fix. Either chop a section out of the piping to shorten it or do as I did and buy an Evo JDM exhaust system from the get-go. Tomei just so happens to make a great and lightweight unit. 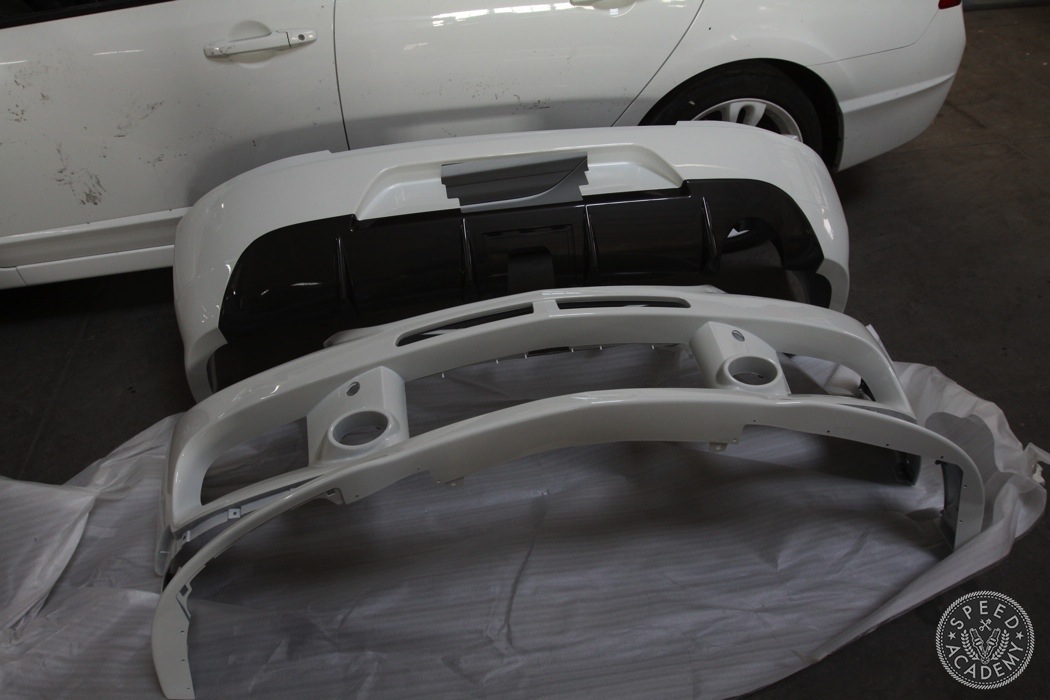 As for where to source a JDM bumper? I purchased mine from Mitsubishiparts.net. They seem to have them in stock and ready to ship. The rear bumper is all you’ll need as the inside guts of the US bumper can be recycled onto the JDM one.

As you can see I also purchased a IX front bumper but I’ll save that conversion for another article. 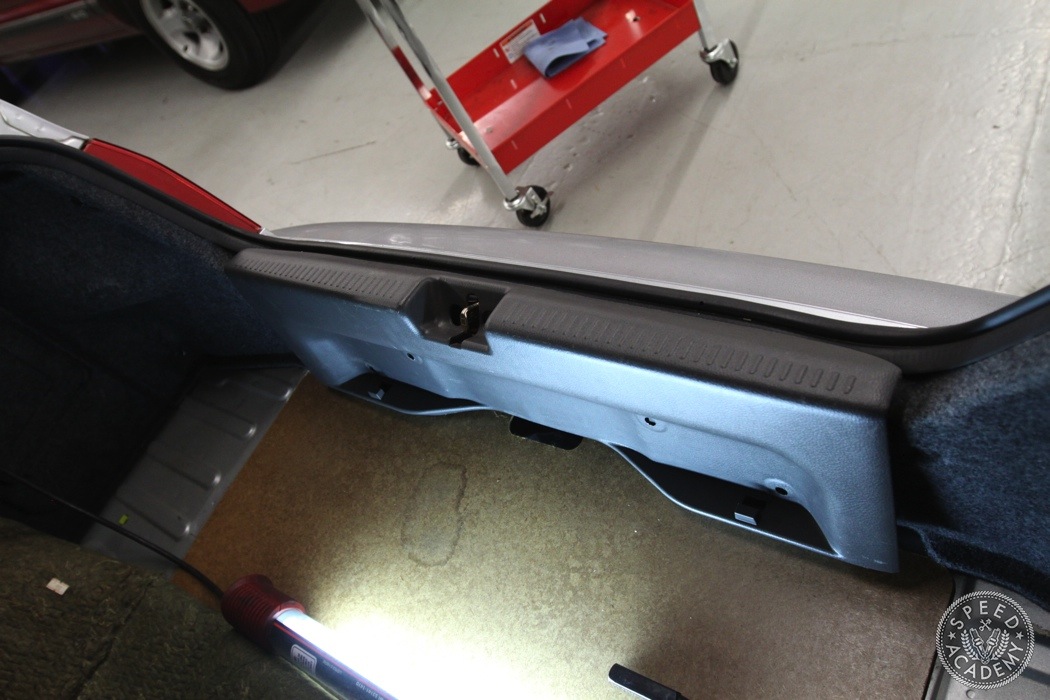 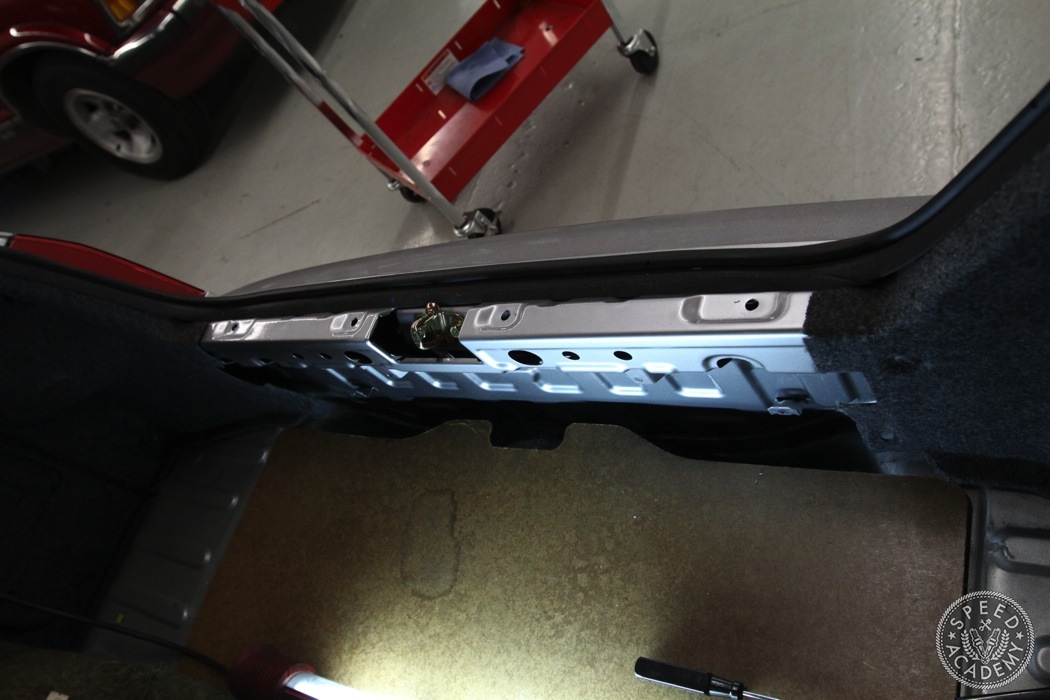 To get started, remove the rear trim assembly where the trunk latch is located. 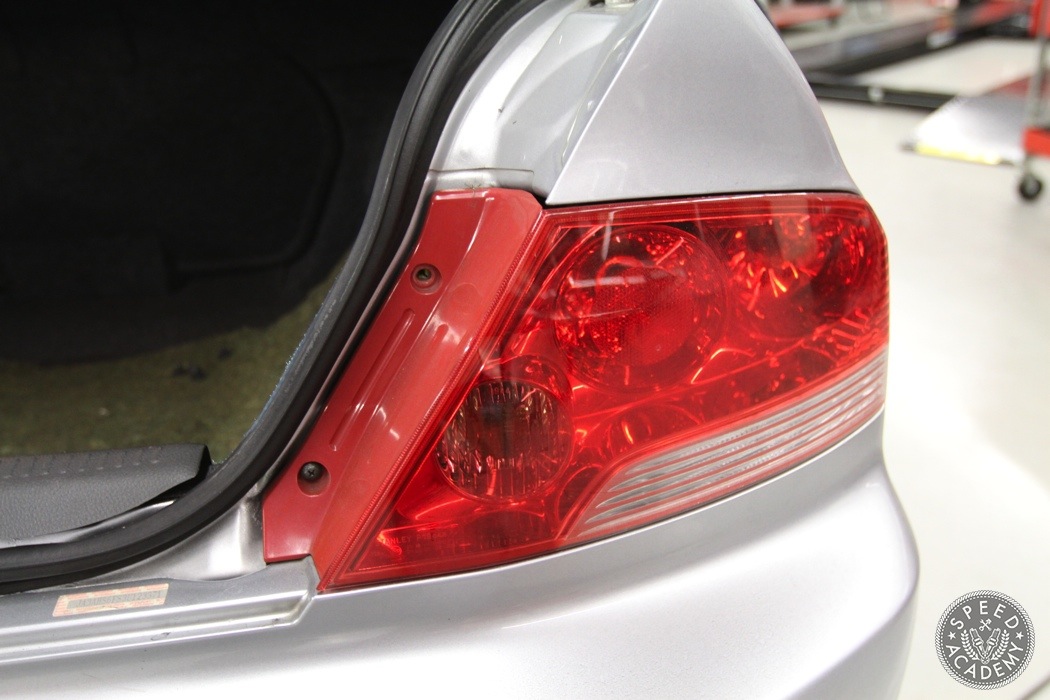 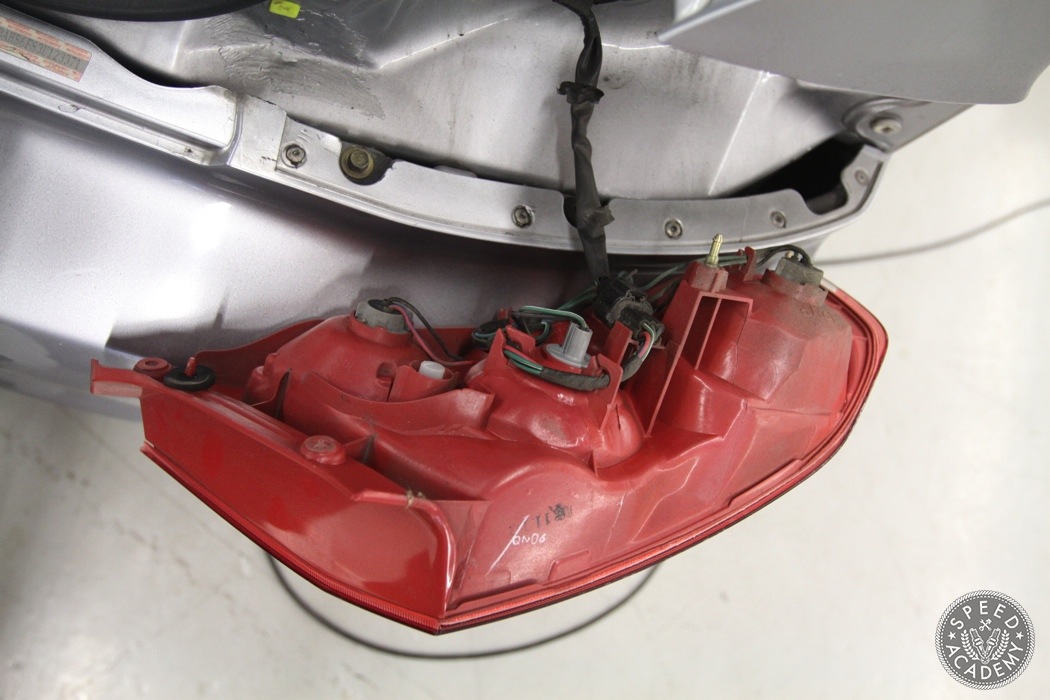 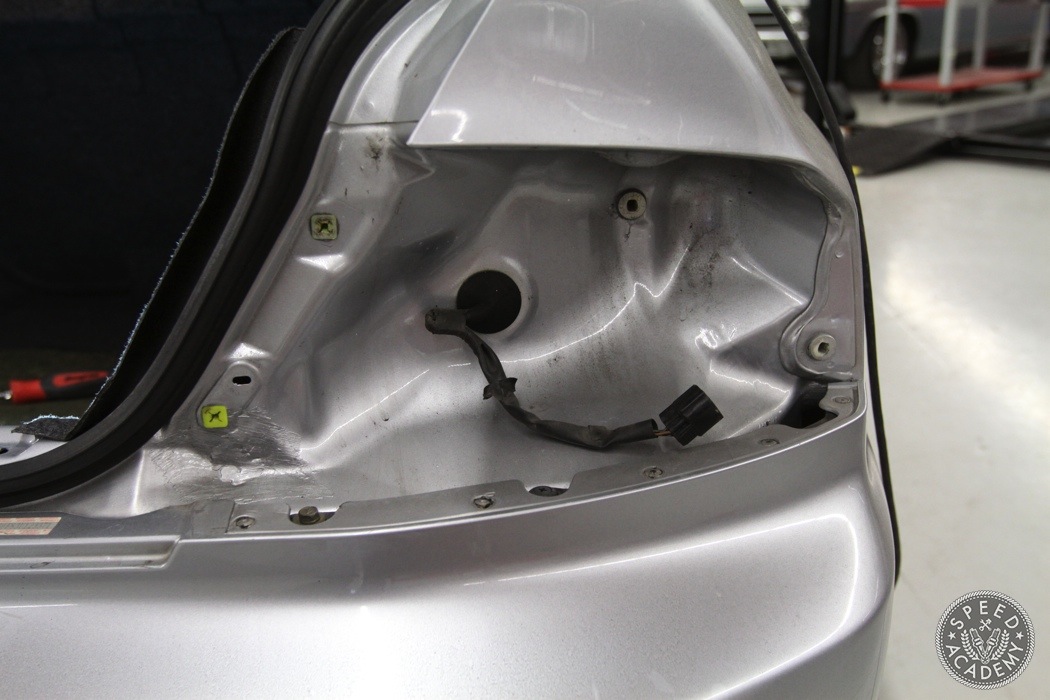 With the lights out, it’ll expose all the bolts holding the bumper in place but leave those in for now since we don’t want the bumper falling off just yet. 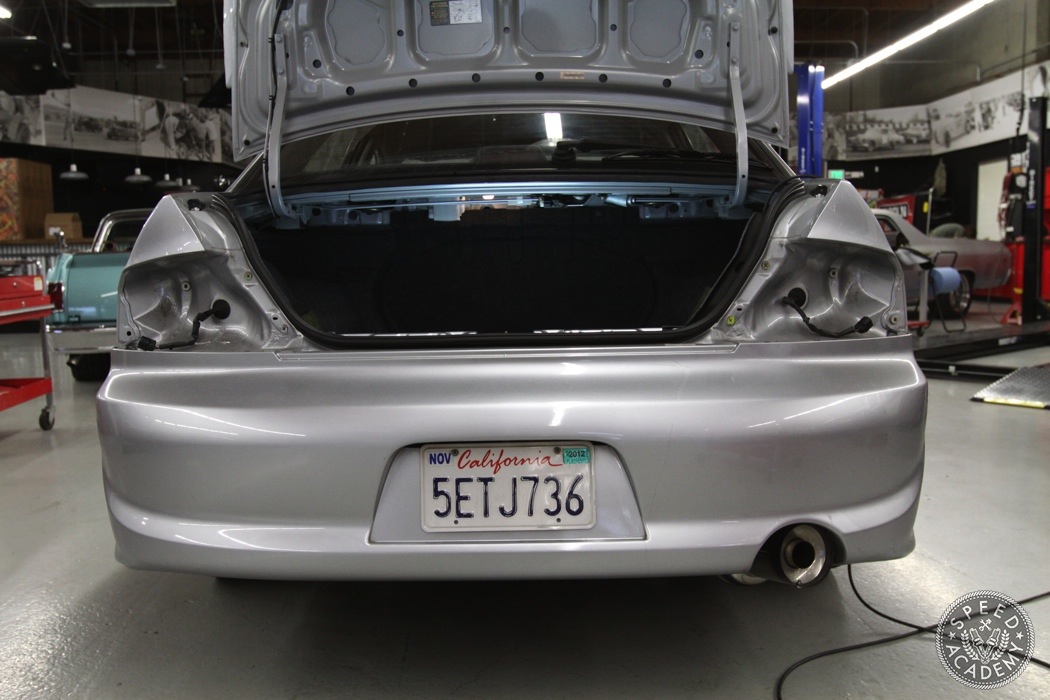 Lets get rid of the license plate first. 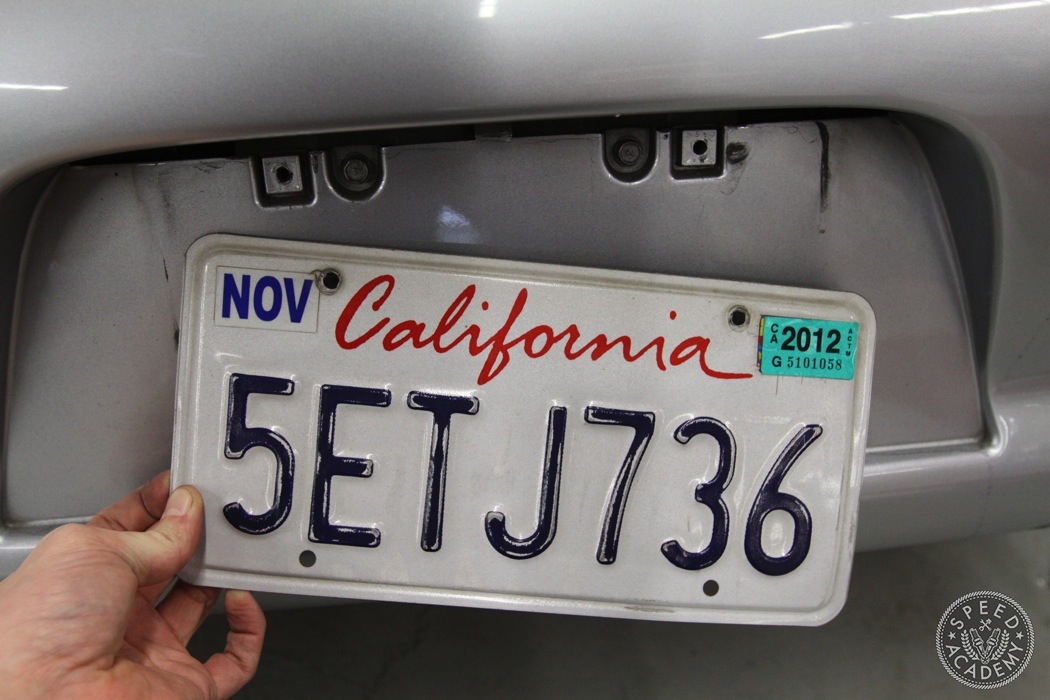 Because behind it are two bolts that need to be removed. 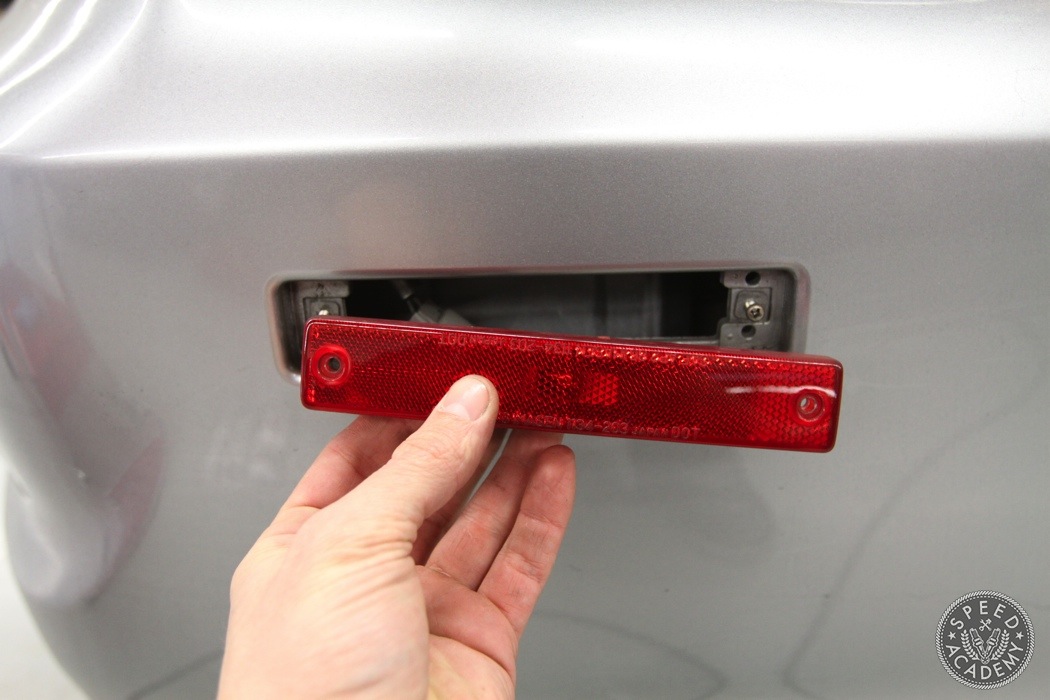 You’ll want to take out the side marker lights only because the connectors can get in the way when you’re pulling the bumper off.